City of Melbourne chief executive Justin Hanney says he will return more than $35,000 he received as part of a personal fundraising campaign to participate in the Sydney to Hobart yacht race after admitting he hadn’t disclosed the donations to the council.

In a statement released by the council on Friday afternoon, Hanney said he had not declared the funds because he believed his interest in sailing and the race team were unrelated to his role as chief executive. 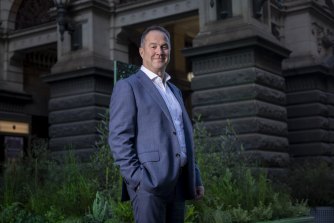 Hanney launched the fundraising campaign through the Australian Sports Foundation’s website to cover “equipment, crew and costs” for the 2020 race and raised $35,855, which included two anonymous donations worth some $4500 and $9000.

The race was cancelled due to COVID-19 concerns, but event records indicate Hanney also registered to take part in the 2021 competition as the co-owner of Protagonist, a 12-metre yacht manned by a crew of nine.

Hanney, who is on leave overseas, conceded the donations should have been declared on his personal interests returns and committed to returning the funds to the Australian Sport Foundation.

“I intend to update the information as soon as I return from leave,” he said.

“I will return the funds raised to the Australian Sport Foundation to remove any doubt about the seriousness with which I treat issues of probity and accountability.”

Hanney said he had always declared gifts and donations related to executive roles he had held over the past three decades.

Hanney is the City of Melbourne’s most senior officer and is responsible for providing advice to councillors and overseeing the implementation of council policy and decisions.