POLICE are urging Christmas shoppers to be vigilant as they step up armed cop patrols in London after two terror attacks in one month.

The Metropolitan Police are increasing the number of officers that they have on the streets of the capital, and are asking the public to “remain vigilant”. 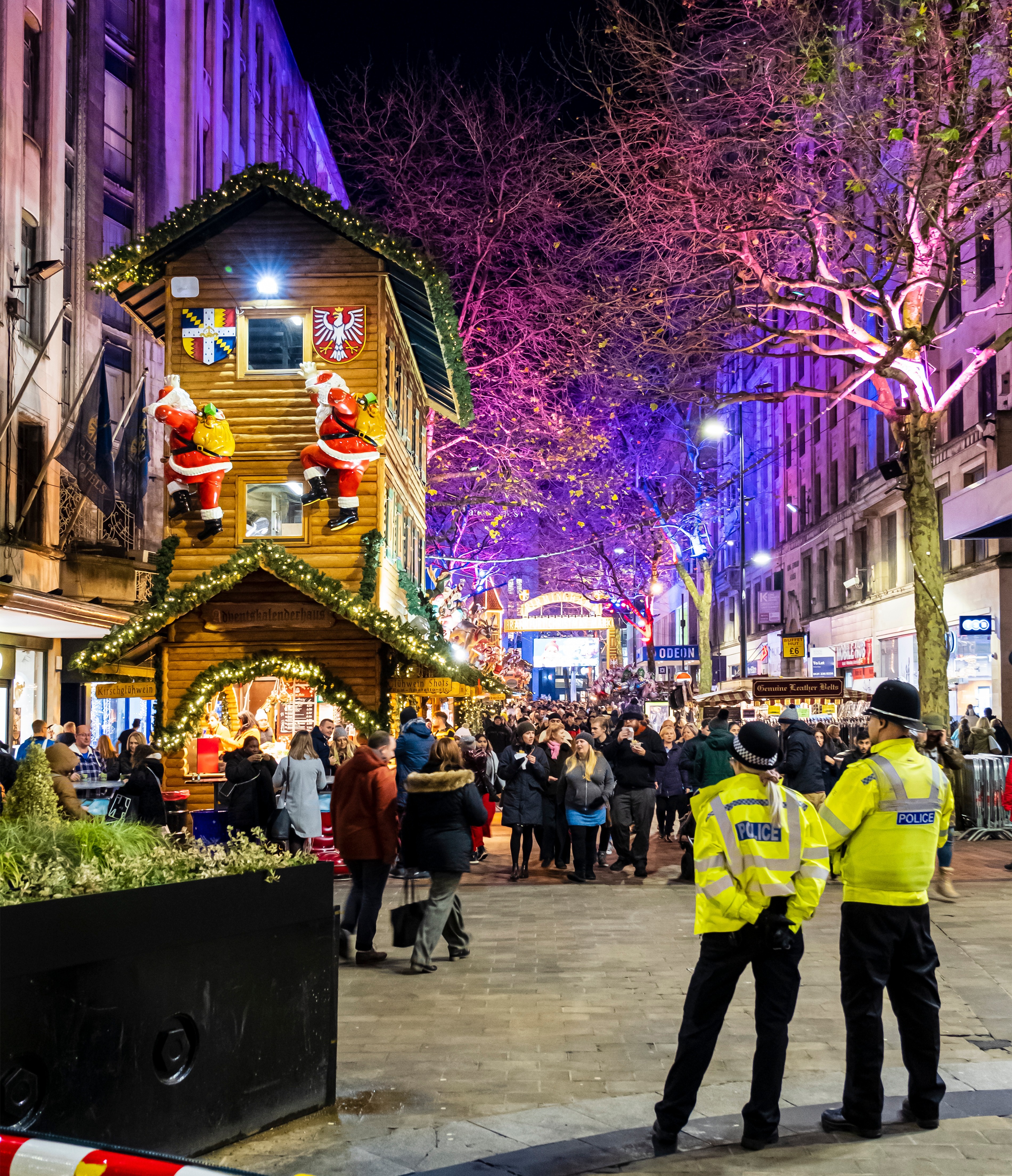 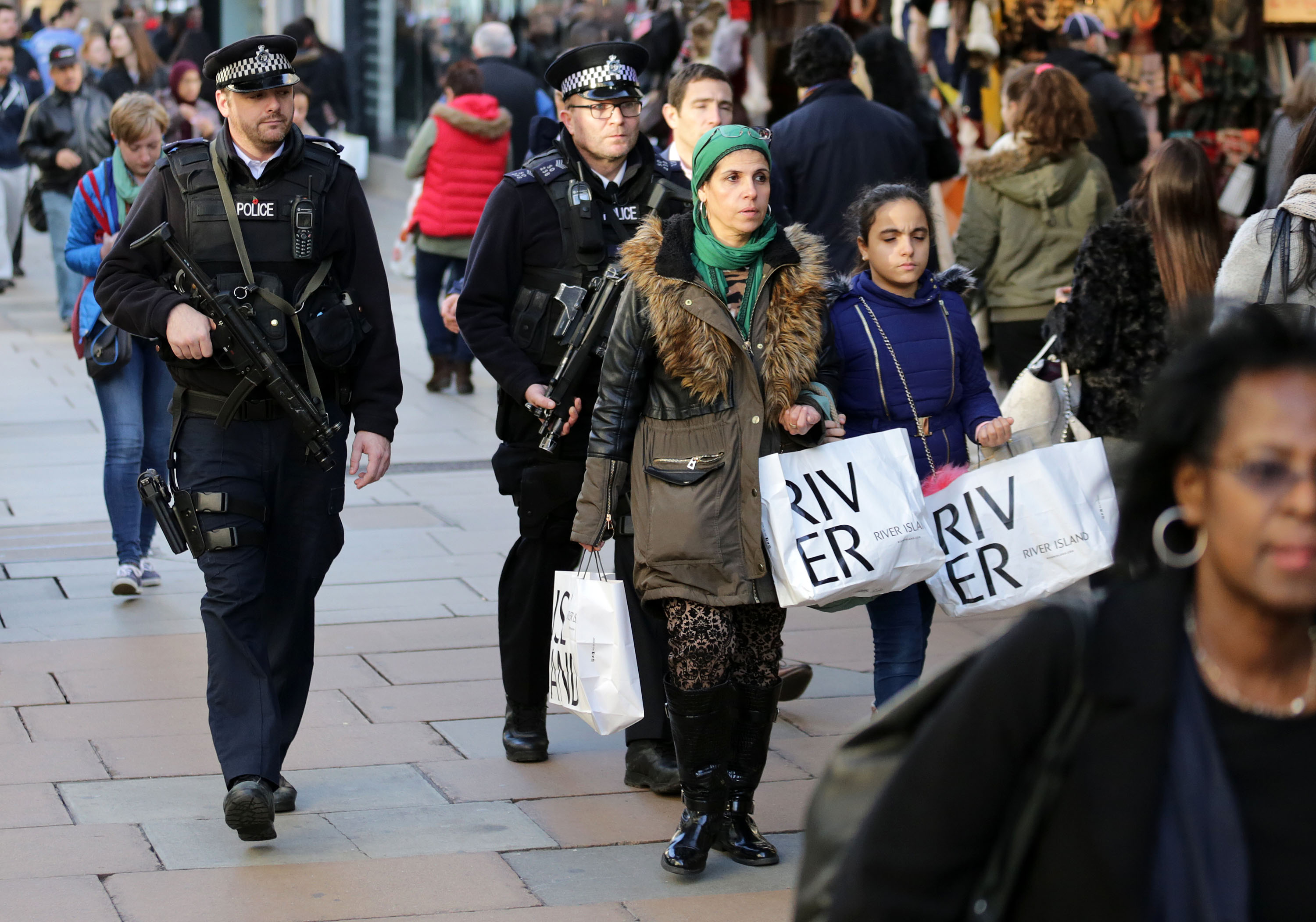 The terror risk in the UK went from “substantial” to “severe” — amid warnings that crowded places such as festive markets could be targeted.

Home Secretary Priti Patel said the decision was taken because the Liverpool bomb strike was “the second in a month”.

Officers from the Met, City of London and British Transport Police will be carrying out additional patrols focused on busy and crowded locations across London.

Many are set to take place in or around Christmas events, busy shopping areas and transport hubs.

The patrols come as more people will be out in the streets than in the last year, due to lockdown restrictions because of the pandemic no longer being in place.

Counter Terrorism patrols, called Project Servator, will aslo be deploted across the capital in the run up to the festive period.

The dedicated patrols involve specially trained officers who can spot tell-tale signs of people who might be planning or preparing an act of terrorism.

Specialist counter terrorism security advisors have also been working closely with event organisers and venue owners, advising them on what security measures they can put in place to keep their people safe.

The increase in patrols comes after two terror attacks in just one month took place in Liverpool and Essex.

Veteran MP Amess was pronounced dead at the scene at 1.10pm and a preliminary post-mortem report gave the cause of death as multiple stab wounds to the chest.

The Crown Prosecution Service alleges the murder has a terrorist connection because of its "religious and ideological" motives.

It is understood that the Jordanian, 32, also had mental health problems and was once arrested with a knife.

Al-Swealmeen, who had no known connections with any terrorist groups, blew himself to bits with a home-made ball-bearing device.

Police warnings come after we revealed that spy chiefs say it is “highly likely” fanatics will attempt atrocities in the wake of the Poppy Day hospital bomb bid.

Rings of steel have been put around Christmas markets in the past to foil vehicle attacks.

Deputy Assistant Commissioner of Specialist Operations Matt Twist said: “It has been two years since we’ve been able to get together and enjoy London in all its festive glory with some degree of ‘normality’.

“But, tragically, we’ve seen two terrorist attacks in Essex and Merseyside over the past few weeks, and as a result, the terrorism threat level has been raised from ‘substantial’ to ‘severe’.

“Therefore it is important people stay vigilant, and report anything that might look out of place or suspicious.

“I want to stress that the increased threat level is not specific to the Capital, so people should still go out and enjoy everything London has to offer at this time of year.

“But I would ask that you stay alert, and help us to keep you safe by being our extra eyes and ears. If you see or hear something that doesn’t seem right, then trust your instincts and report it.

"This is all around being alert, not alarmed. This is the first proper Christmas we have had in a couple of years.

The Met added that there will be plain-clothes officers as well as uniformed cops in attendance, and other units may be put in place that are not visible to the public.

As part of their work Project Servator officers will speak to the public and local businesses to inform them of what they are doing, and to reassure them that there is nothing to worry about. 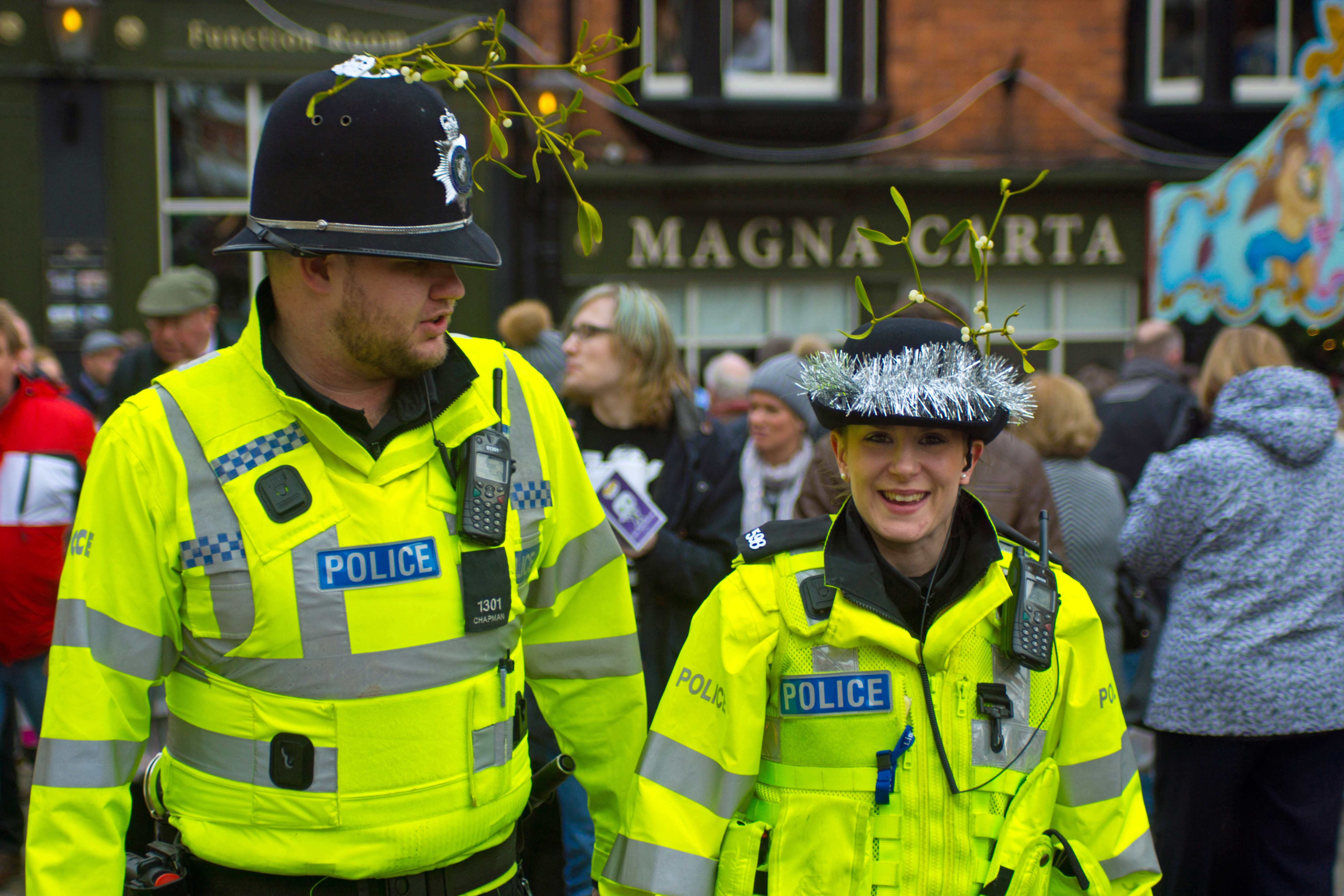