In this Tuesday, March 27, 2018, photo, Catholic religious paintings and figures are displayed behind bars at an underground Catholic church in Jiexi county in south China’s Guangdong province. A group that monitors Christianity in China says the government is ratcheting up a crackdown on congregations in Beijing and several Chinese provinces, destroying crosses, burning Bibles and ordering followers to sign papers renouncing their faith.

The Chinese government is destroying cross, burning bibles, closing churches and forcing Christian believers to sign papers renouncing their faith as the crackdown on religious congregations in Beijing and several provinces intensifies.

The suppression of religious freedoms comes as an official government campaign to “Sinicize” religion by demanding loyalty to the atheist Communist party and removing any potential challenge to the party’s power in the country.

“The international community should be alarmed and outraged for this blatant violation of freedom of religion and belief,” Bob Fu of China Aid, said.

“The situation for Chinese #Christians becomes more dire by the day. We are working tirelessly to put maximum pressure on China stop the persecution,” Jay Sekulow, President Trump attorney and Chief Counsel at the American Center for Law & Justice (ACLJ), wrote in a tweet.

The persecution of Christians in China is nothing new. A report by the watchdog group Freedom House found that Christians and other religious groups in China have been persecuted since 2012, Fox News reported.

A third of all religious believers in China who belong to a faith group were also found to face “high” to “very high” levels of persecution, which ranges from bureaucratic harassment and economic exploitation to harsh prison terms and even violence, the report said.

But experts and activists say the Chinese government is now waging the most severe suppression of Christianity in the country since religious freedoms were granted by the Chinese constitution in 1982.

The escalating anti-Christian campaign coincides with President Xi Jinping recent consolidation of power that made him the most powerful Chinese leader since Mao Zedong, the notorious communist leader responsible for millions of deaths.

Activists reportedly filmed footage of what appeared to be piles of burning bibles and forms declaring that the signatories had rejected their faith. The authorities allegedly forced the believers to sign the forms or risk being expelled from school or loosing welfare benefits.

A Christian Pastor in the Henan city of Nanyang, whose name was identified out of fear of retaliation by the authorities, reportedly confirmed that crosses, bibles and furniture were burned during a raid on his church on Sept. 5. 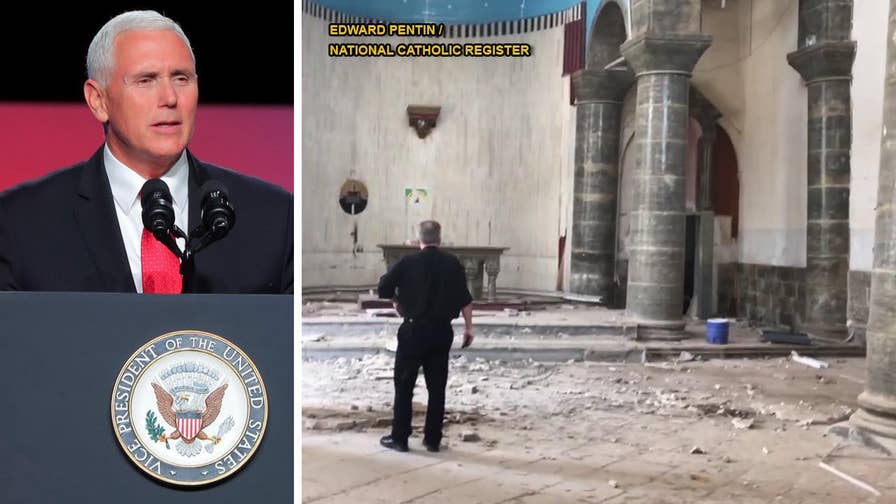 He added that local authorities were in discussions with the church about reforming it, but no agreement had been reached.

According to Chinese laws, religious believers are allowed to worship only in government-sanctioned congregations. But many millions of Christians belong to underground or house churches that ignore government regulations.

The anti-religion campaign affected not only Christian denominations. Around 1 million Uighurs and other members of Muslim minority groups in the country’s northwest have been detained in indoctrination camps where they are forced to denounce Islam and profess loyalty to the Communist Party.

The Chinese government denied setting up the camps for indoctrination, but stressed the importance to tackle extremism.

China has an around 38 million Protestants, and some have predicted that the country will have the world’s largest Christian population in a few decades.