‘Clean clothes please, mine are dirty’: Children send letters to Santa during cost of living crisis that will break your heart

The cost of living crisis was laid bare after landlords at The Percy Arms in Chatton invited families to write their festive wishes on tags and hang them on their Christmas tree, only to find children writing heartbreaking letters to Santa.

An eight-year-old girl wrote on for the tree that said: ‘Clean clothes, please. Mine are dirty.’

While a 15-year-old girl wrote: ‘A present for my dad. He’s sad since my mum died and not in a good place.’ 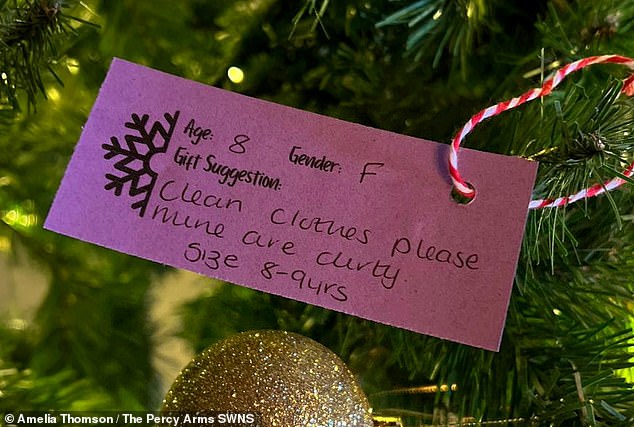 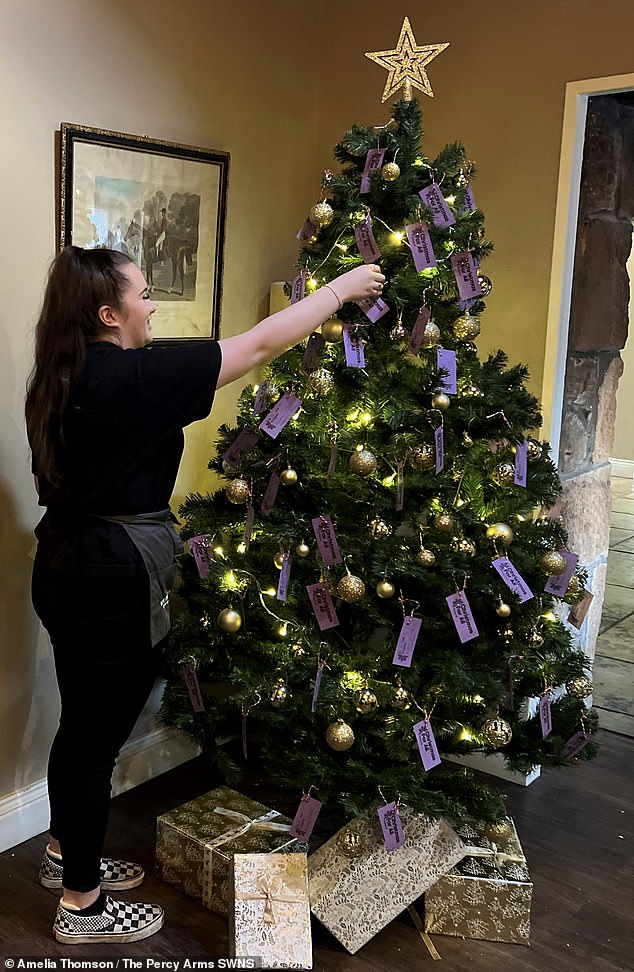 Another note written on behalf of a boy said: ‘Anything, as he’s used to getting nothing.’

Among the modest requests, there was also a note a six-year-old girl wrote that said: ‘Something to make with mammy.’

In a stark reminder of the struggles many are going through, staff were stunned by some of the Christmas wishes they read.

Staff at the pub say they were ‘blown away’ by the humble festive wishes and hope the majority of the children will have their wishes made real.

The pub has teamed up with a community organisation Christmas For All, which has created a gift tag for each child, giving their age, gender and outlining their request. 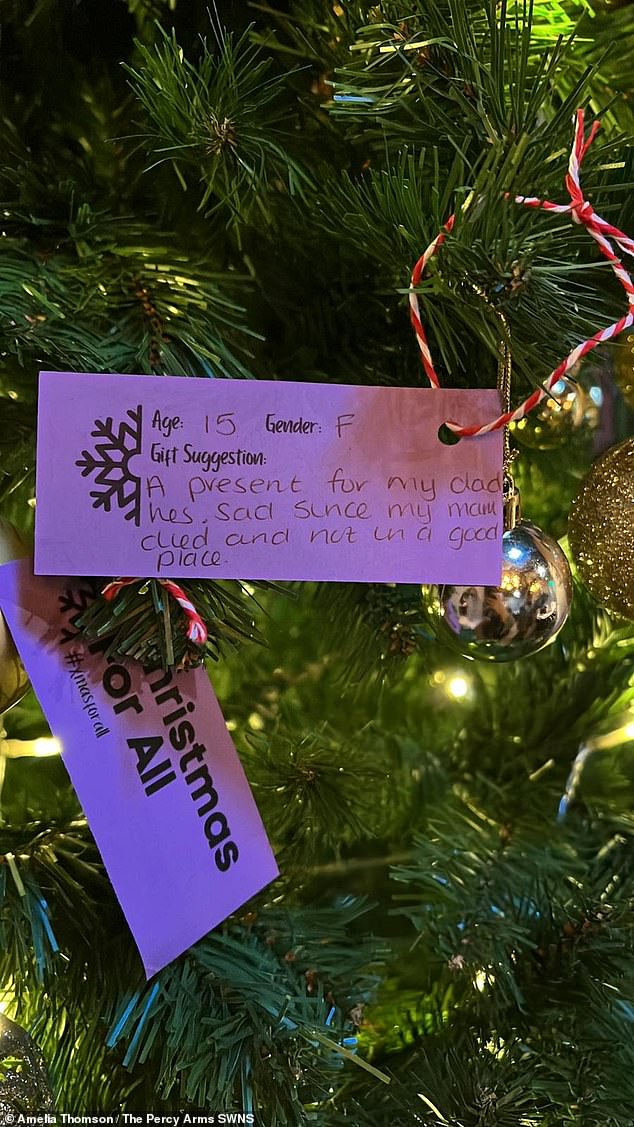 In a stark reminder of the struggles many are going through, staff were stunned by some of the Christmas wishes they read

Locals are invited to choose one, fulfil the request and return the gifts to the pub, which will pass them to Christmas For All to be distributed to the children.

Organiser Oliver Bennet said the children’s requests ‘had shaken each and every one of us to the core’.

He added: ‘You can read about hardship and food banks and poverty.

‘But to see, written down in black and white, young children asking simply for some clean clothes for Christmas – well, that really hits you.

‘And many of them – despite having so little themselves – put others’ happiness before their own.

‘That’s the real spirit of Christmas isn’t it – and it’s heartbreaking that it’s taking children to remind us of that.’

The organisation is looking for gifts for around 2,000 children in south east Northumberland alone. 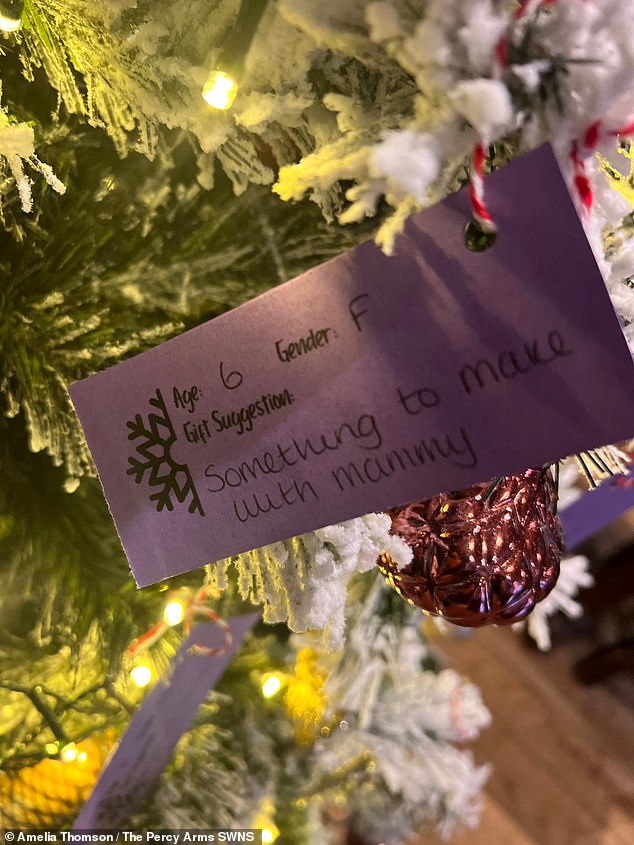 The organisation is looking for gifts for around 2,000 children in south east Northumberland alone as countless are hit by the cost of living crisis this Christmas