We’ve picked up a penguin! Bellowing bird slides across the ice on its belly as it follows Antarctic researchers for more than a half a mile

An Australian researcher in Antarctica formed an unusual friendship after chatting to an emperor penguin which followed him across the ice on its belly.

Matthew Williams was walking across the icy plateau with his group when the penguin approached from behind, sliding on its front.

Williams, leader of the Mawson research station in Antarctica, recorded the moment the penguin stood up and bellowed loudly, as if to say hello.

The penguin is then told to ‘keep up’ by Williams before it starts sliding on its front again to keep pace. 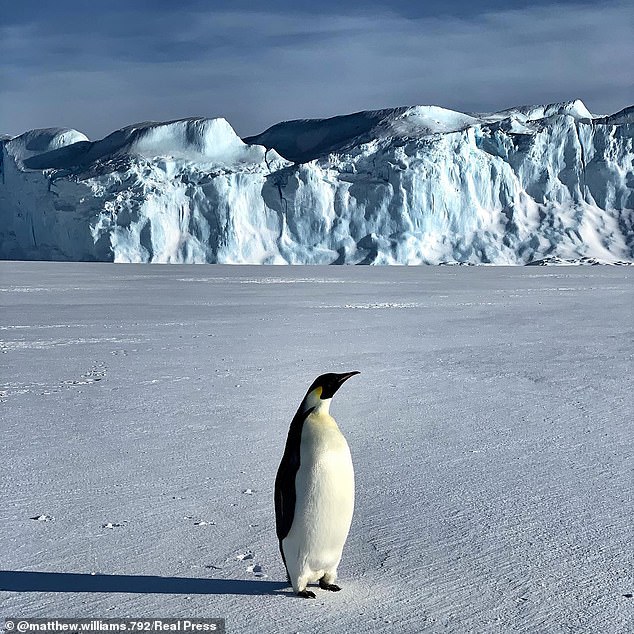 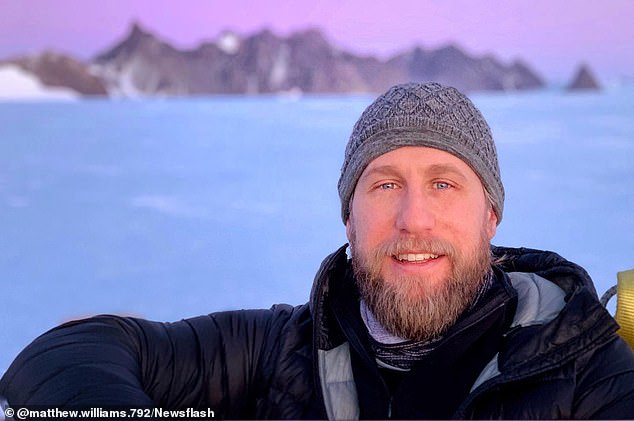 After catching the researcher up, the penguin bellows again, as Williams asks it: ‘Trying to keep up buddy?’

The video was originally posted by Williams on his Facebook on September 6 and has recently be re-shared online.

Williams has been stationed in Antarctica since February and he said that part of his job is to monitor emperor penguin rookeries.

He said: ‘They are really inquisitive birds with unique personalities. We have strict guidelines to keep our distance to reduce disturbance. However, they often feel confident and inquisitive enough to come to investigate and try to befriend us.

‘This one in particular, who I named Smudge, decided I was his new best friend and wouldn’t leave my side – even travelling over a kilometre on the ice to follow me. He seemed to respond every time I spoke to him and was eager to keep up with me.

‘I named him “Smudge” and I look forward to seeing him next time I go to his little kingdom.’

The name Smudge was going to be given to the dog that Williams plans to buy when he returns home, but after coming across the friendly penguin, he felt that the name fit perfectly.

The researcher believes he will recognise Smudge if their paths cross again because of his distinctive markings and his unique call.

Williams said that winter is the breeding season for emperor penguins and that the confidence shown by Smudge is often seen among this kind of penguin as there are fewer predators above the water. 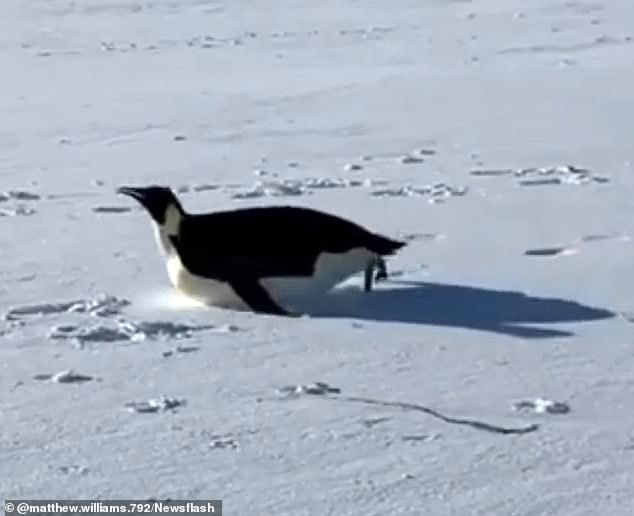 Smudge slides on his belly to catch up with Williams and the rest of his team. When William asks the penguin if it’s trying to keep up, the bird bellows a response at him

Researchers are required to maintain an 50-metre distance from the penguins when they are breeding, but Williams said that doesn’t stop the more inquisitive penguins from approaching his team.

Emperor penguins are the largest of all penguin breeds and on average grow to a height of 45 inches.

During breeding, male emperor penguins keep their eggs balanced on their feet, using their feathers to keep it warm.

They do this for two-months, often eating nothing, after which the females return to regurgitate food for the freshly hatched chicks.