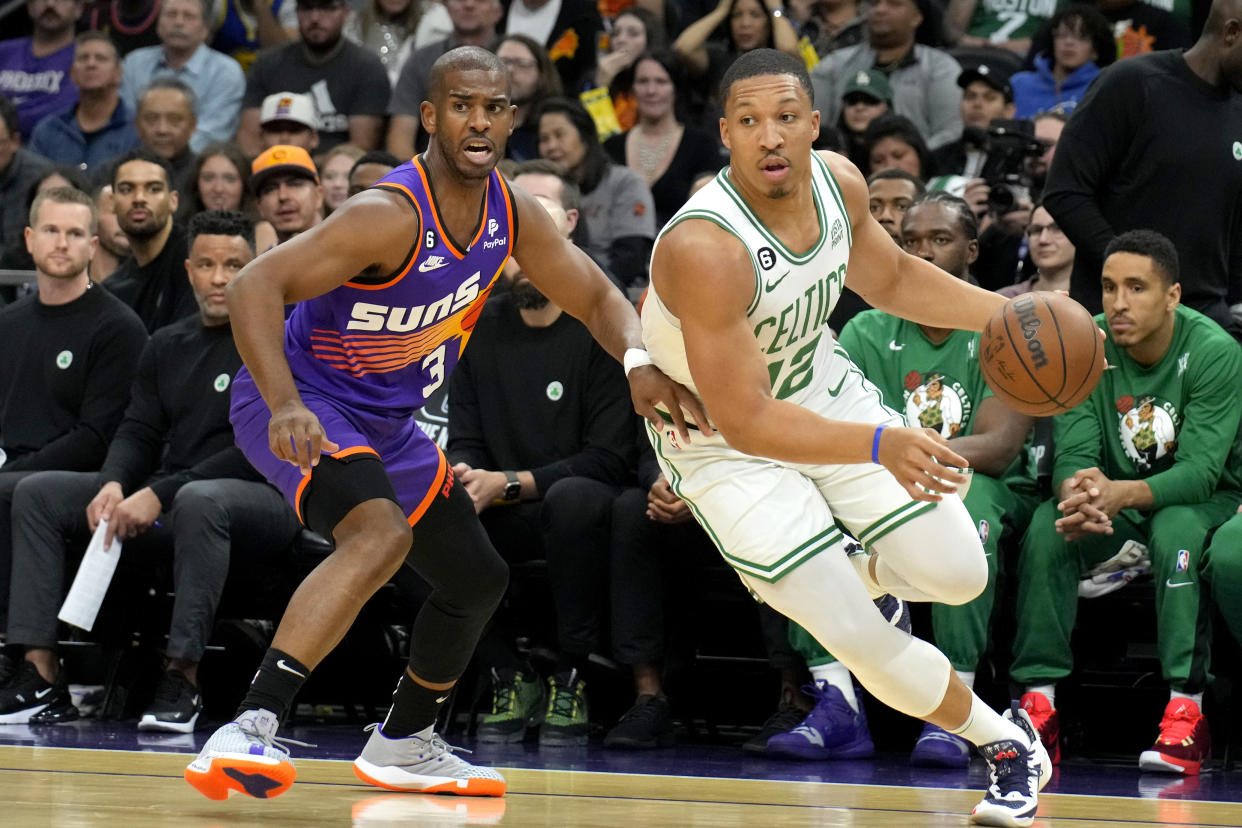 You have to feel for the Phoenix Suns crowd, to a certain extent.

For the second time this year, the Footprint Center was the site of a marquee game turned unwatchable beatdown on Wednesday. The first came during last season's Game 7 of the Western Conference semifinals, in which the Dallas Mavericks blew the doors off Phoenix 123-90.

This time, it was the Boston Celtics on the happy end of a 125-98 blowout in Chris Paul's return from a heel injury. The game, nationally televised on ESPN, was supposed to be a battle of the top teams in the Eastern and Western Conference, with the Celtics tops in the NBA at 20-5 and the Suns at 16-8.

Instead, it was like the Celtics were facing a tanking team.

What can Brown do for you?

Jaylen Brown finishes the first half with 17 PTS 🔥

As they have all season, the Celtics hardly looked like a team smarting from an NBA Finals loss and one of the league's most turbulent offseasons.

It wasn't like this was a Jayson Tatum supernova game either (though there have been plenty of those this season). Tatum and his co-star Jaylen Brown both had a perfectly respectable 25 points.

The true source of the Celtics' success was a perfect night for their role players, pretty much across the board. Grant Williams had 14 points on 6-of-6 shooting with no turnovers. Blake Griffin, still starting for the injured Robert Williams III, nearly had a double-double with nine points and nine rebounds. Sharpshooter Malcolm Brogdon was 7-of-9 for 16 points and five assists.

Marcus Smart and Derrick White weren't as offensively prolific, but their defense made the night miserable for Devin Booker (6-of-17 from the field) and Paul (2-of-6 with four turnovers).

This is basically what the Celtics have done all season under interim head coach Joe Mazzulla, as they have now won 11 games by double-digits. Meanwhile, the Suns might have some thinking to do.