This is the shocking moment an armed robber attacked a shop keeper at a store in Wollaton, Nottingham.

Ian Watson hit a shopkeeper over the head with a gun in an attempted armed robbery at Premier General Strores.

The shopkeeper fought off the 39-year-old while he swings the gun at him multiple times.

On May 24, Watson entered the Premier General Stores in Wollaton at 9.40pm and tried to get behind the counter.

When challenged by the shopkeeper he held the gun to his face, said Derbyshire Constabulary and Nottinghamshire Police.

The victim instinctively grabbed the gun and tried to push him away but was hit over the head three times with the gun by Watson who ran off empty handed. 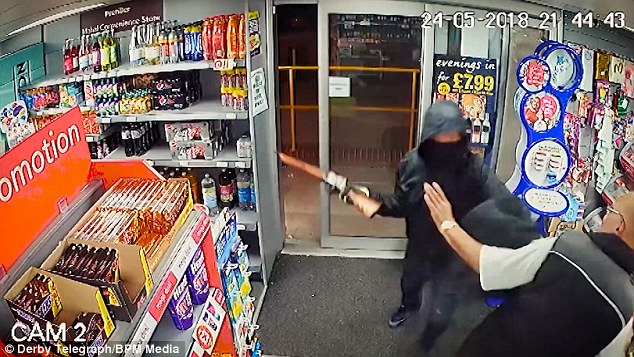 He pointed a shotgun towards a shop worker and demanded cash, which was handed over before he left.

He was caught on CCTV just 15 minutes later dumping a number of items in a Tesco carrier bag at a pub – which were later recovered by officers.

Watson admitted to the charged and to taking cash in an armed robbery at the Post Office in Nottingham Road and has been jailed for seven and a half years. 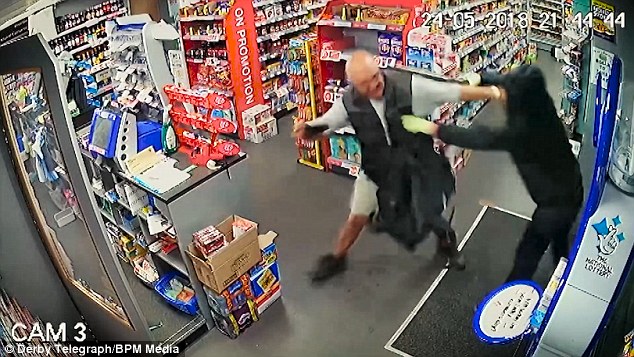 The Nottingham shopkeeper (left)  tried to fight off Ian Watson, 39, (right) in the attack in May

Watson pleaded guilty to robbery and attempted robbery and was sentenced at Nottingham Crown Court yesterday and has been jailed for seven and a half years.

Detective Inspector Ed Cook of Nottinghamshire Police, said: ‘These must have been terrifying ordeals for the victims and Watson spared no thought for them when he committed these offences.

‘By using, possessing or even storing a firearm you are putting yourself and others at serious danger. 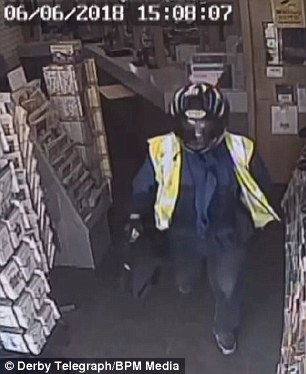 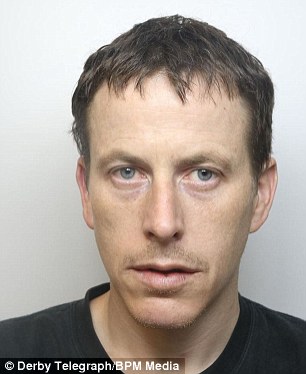 Watson also robbed a post office in Derby less than two weeks later. He has pleaded guilty to robbery and attempted robbery and has been jailed for seven and a half years

‘Any offence involving a firearm is an aggravating offence and the reality is you will face serious consequences when caught.’

DI John Murphy, who oversaw the case for Derbyshire Constabulary, said: ‘These two offences show the fantastic work between ourselves and our colleagues in Nottinghamshire – and shows that criminals cannot use borders as a means to dodge justice.

‘I am pleased to see Watson receive this sentence which I hopes shows that this kind of crime really does not pay.’