Embarrassing government leak! Canadian lawmaker steps down to ‘seek help’ after he was filmed PEEING ‘in coffee cup’ during Zoom meeting just a month after he stripped naked during official video call A Canadian lawmaker said he’s ‘stepping aside temporarily to seek assistance’ after his colleagues saw him peeing – reportedly into a coffee cup – during virtual House of Commons proceedings.

William Amos made the announcement after he was caught flashing on a work call on Thursday – the second such incident in a month. He stripped completely naked after a run during an April 14 Zoom call, but insists both incidents were accidental, and that he is ‘deeply embarrassed.’

‘While accidental and not visible to the public, this was completely unacceptable, and I apologize unreservedly,’ Amos said. ‘I will be stepping aside temporarily from my roles as Parliamentary Secretary and from my committee duties so that I can seek assistance.’  No footage of the urination incident has emerged.

The 45-year-old husband and father of two didn’t elaborate further on the type of help he plans to seek, or how long he will step away for. 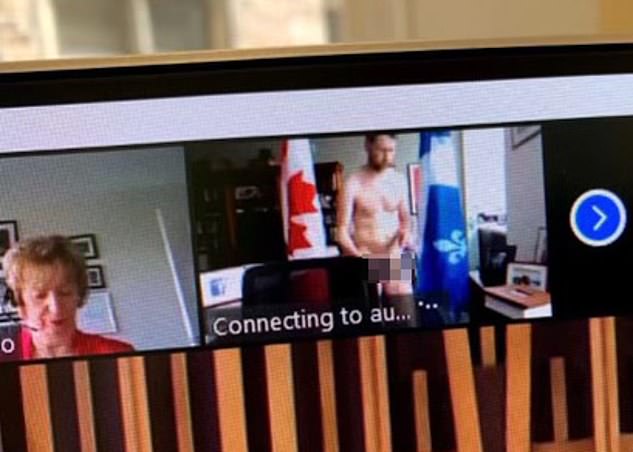 William Amos is pictured naked during an April 14 Zoom meeting. He was caught peeing into a coffee cup at another hearing on May 27, and has now stepped back from his government roles 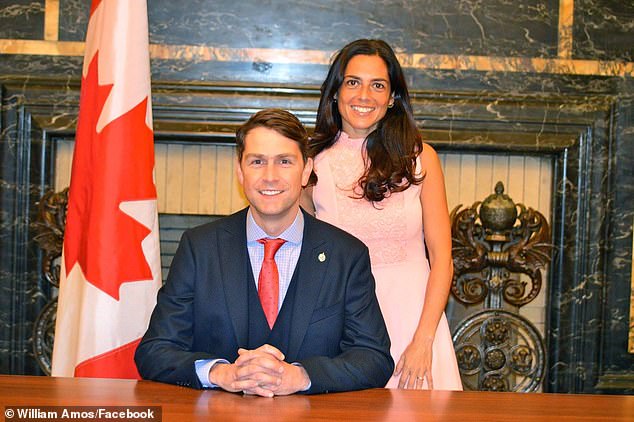 William Amos pictured with his wife, with whom Amos shares two children 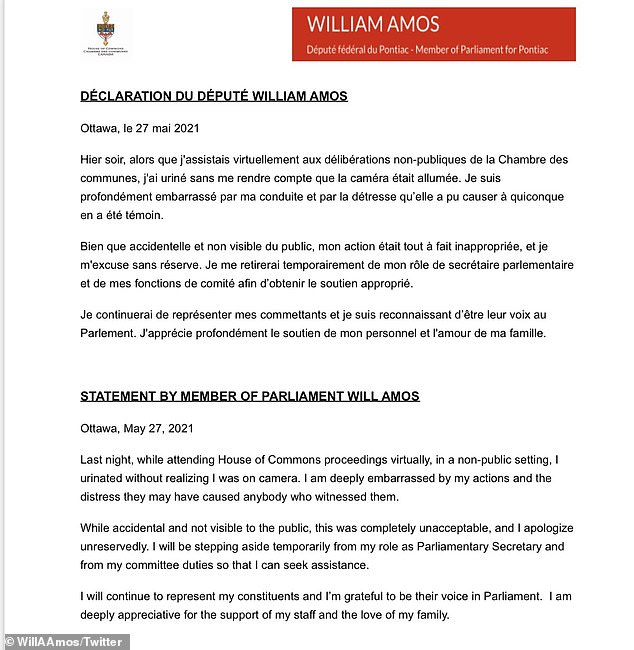 Amos is a member of Prime Minister Justin Trudeau’s Liberal Party, with his second flashing incident sure to heap embarrassment on the embattled Canadian leader.

Two Canadian reporters – Christopher Nardi and Bernard Drainville – tweeted Friday morning that they confirmed with sources that he peed into a cup, although no screen grabs or videos have surfaced.

That wasn’t the case in April, when Amos had a similar Zoom snafu when he was completely nude during a virtual House of Commons proceeding.

A screenshot of the embarrassing moment quickly spread on the Internet.

He said after the April incident, ‘My video was accidentally turned on as I was changing into my work clothes after going for a jog.

‘I sincerely apologize to my colleagues in the House of Commons for this unintentional distraction. Obviously, it was an honest mistake and it won’t happen again.’

After Thursday’s incident, many people are Twitter are calling for him to resign.

‘You disgusting pervert. You need to RESIGN. You have no right to represent anyone in Canada,’ one Twitter user wrote.

‘There is no apologizing for urinating during a VIRTUAL meeting. You’re an idiot. Plain and simple,’ another Twitter user said.

The Twitter user @WeAreCanProud, which has 20,000 followers, posted a poll at 8:42am Friday if Amos should resign. 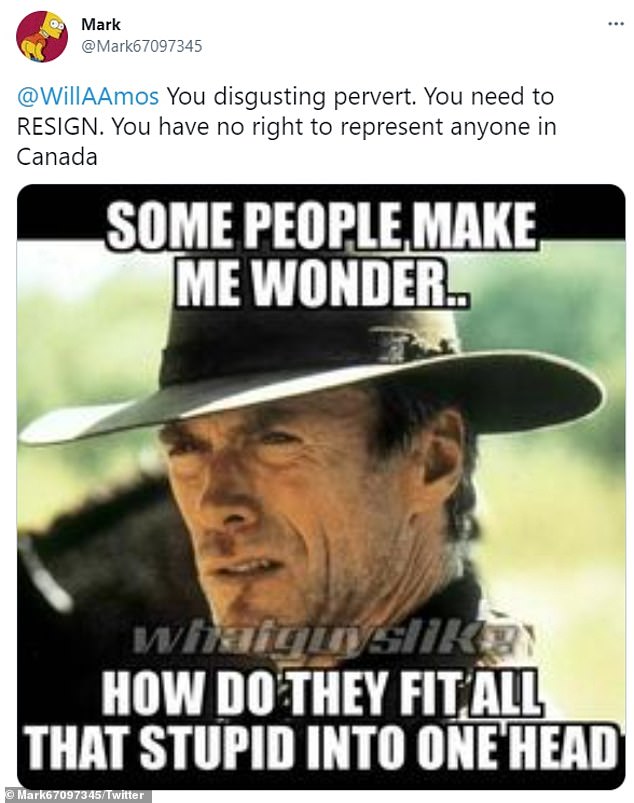 The unprompted comedic or embarrassing errors have become common in a world that has gone virtual during the pandemic.

Last week, a staffer for one of Joe Biden’s cabinet appointments – Secretary of the Interior Deb Haaland – crawled behind her during a live TV interview with Seth Meyers.

In February, Texas lawyer Ron Ponton left a kitten filter on and turned himself into a cat, and in March, South African traditional leader Xolile Ndevu’s wife accidentally walked into the frame completely naked during a parliamentary Zoom meeting.