LABOUR women are demanding candidate Kate Osborne is barred for sharing a vile snap of Theresa May with gun to her head.

Several of the party’s most senior female politicians are calling on party chiefs to block Jeremy Corbyn ally Osborne from standing as an election candidate after it emerged she shared the sick image. 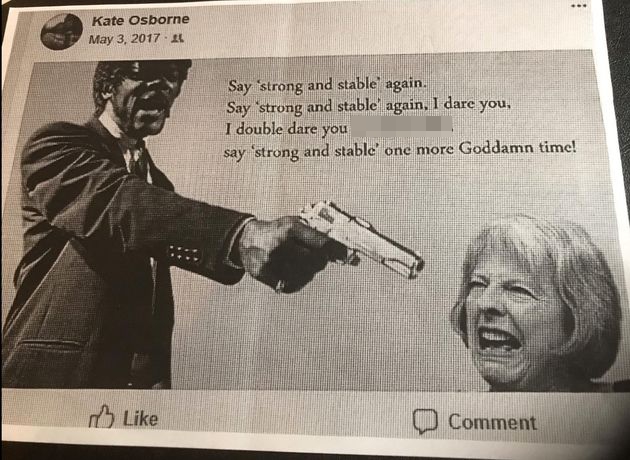 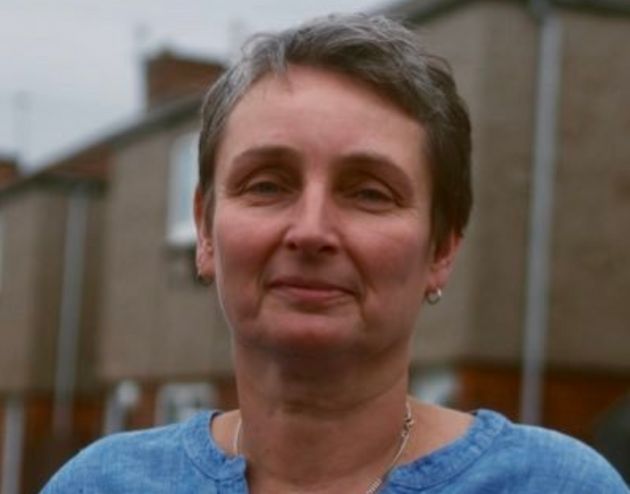 She has apologised for posting the “appalling” snap on Facebook during the 2017 general election campaign.

But a list of ex-MPs campaigning for re-election have written to the party’s powerful ruling National Executive Committee demanding action.

It reads: “The impact of such images are clear – they incite intimidation and violence against female politicians.

"Many of our Labour colleagues – and indeed politicians from all political parties – have been subject to similar disturbing content online.

"When women in public life are facing unacceptable levels of intimidation, sharing this image not only indicates an extreme lack of judgement, but further feeds into the cycle of abuse that we are all currently experiencing.

"If Kate Osborne is selected, it would undermine any claim our party makes to stand resolutely against the harassment and intimidation of women in public life."

It comes as two hopefuls to become Labour MPs have been blocked from standing because of alleged anti-Semitic comments, while others have been criticised for social media comments.

Ms Osborne has since apologised but a group of 27 female Labour candidates is calling on the party's General Secretary Jennie Formby and the NEC to not to allow her to stand.

Among those who have signed the letter are Liz Kendall, Jess Phillips, Yvette Cooper, Lucy Powell, Cat Smith and Vicky Foxcroft.

Labour leader Jeremy Corbyn said Ms Osborne was "going through a process" when asked about the letter during a visit to Leeds.

He said: "A panel will be conducted over the weekend to select a candidate for the Jarrow constituency and, no doubt, all those questions will be put to her as any question will be put to any of the candidates." 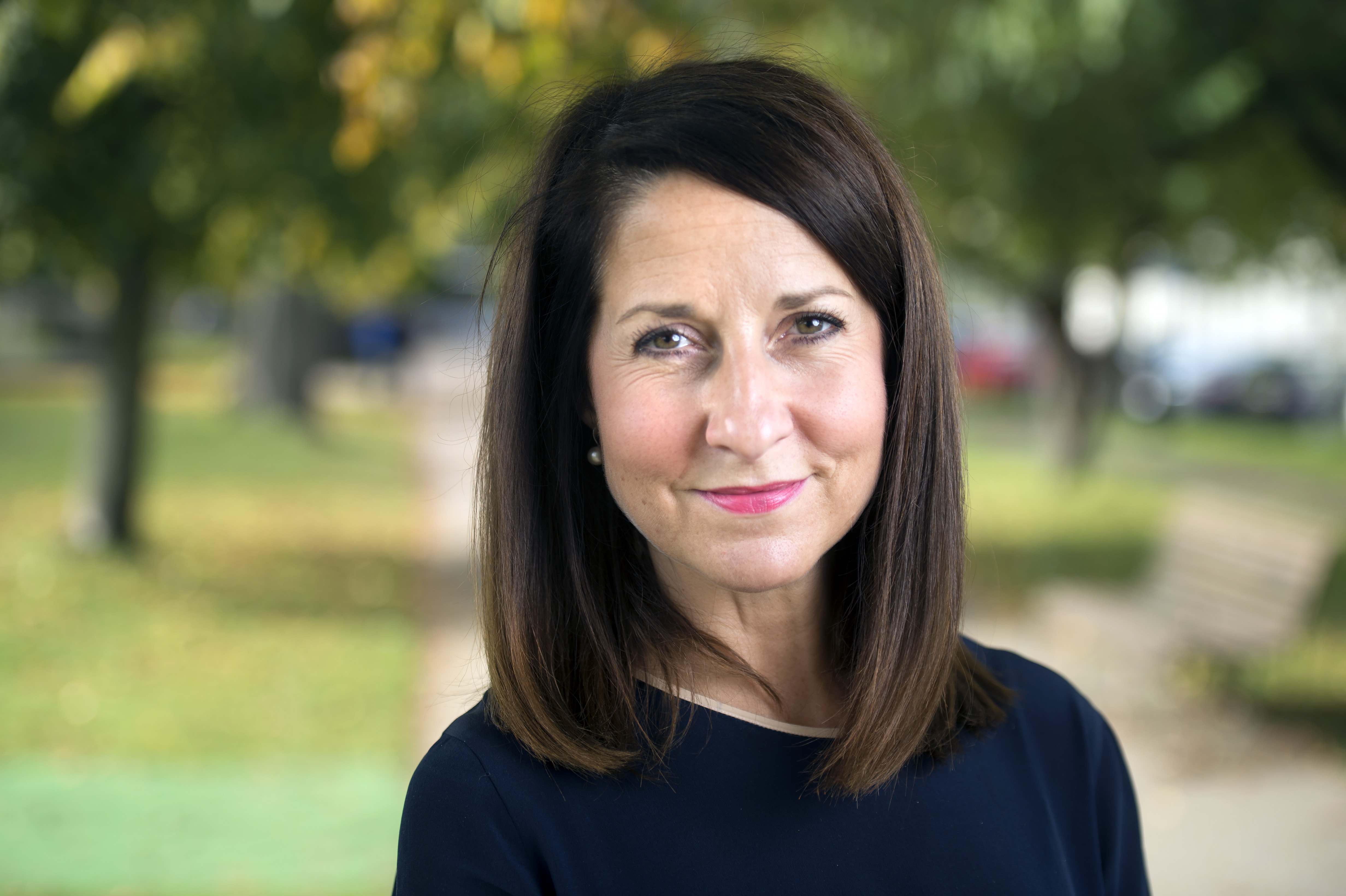 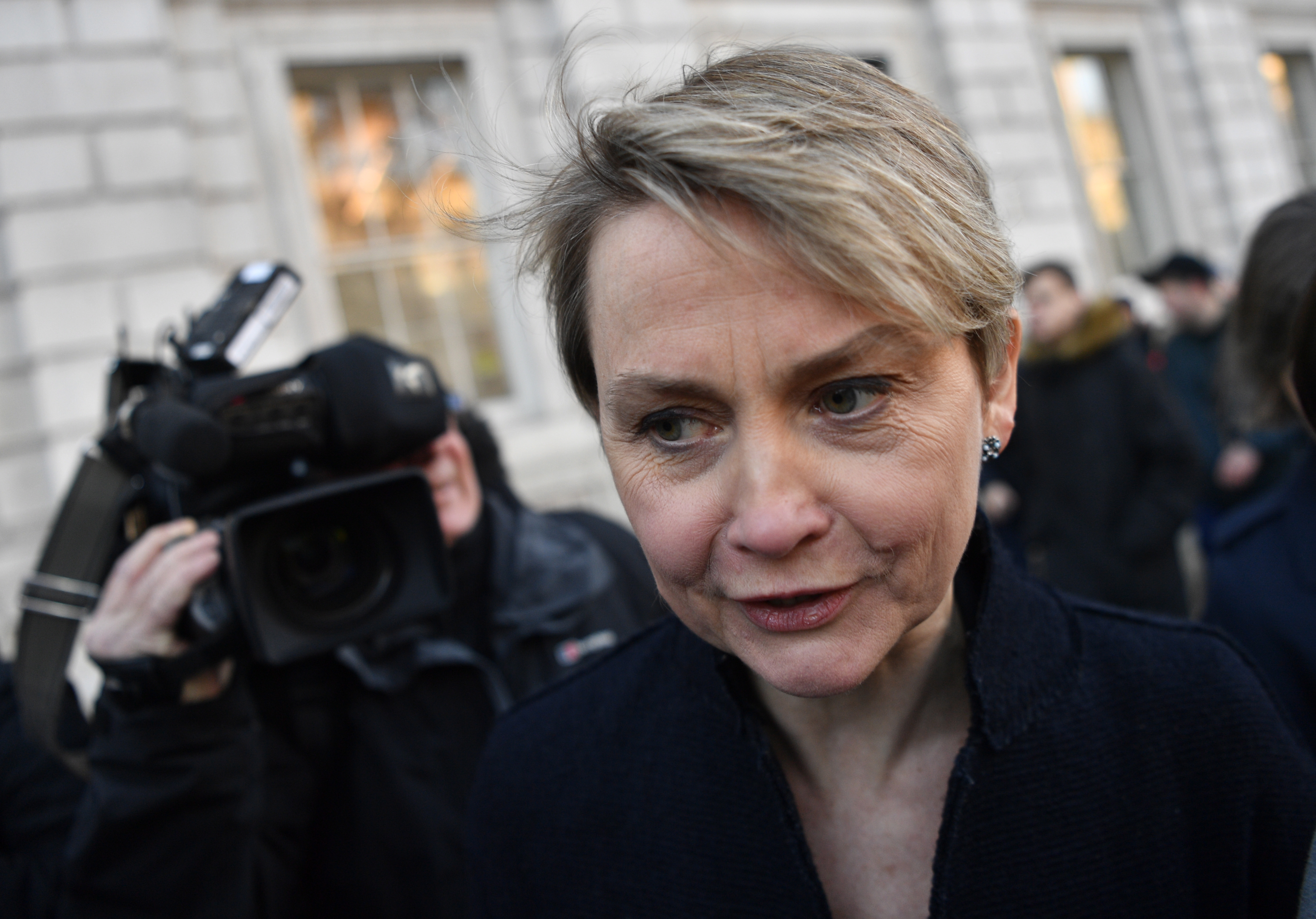 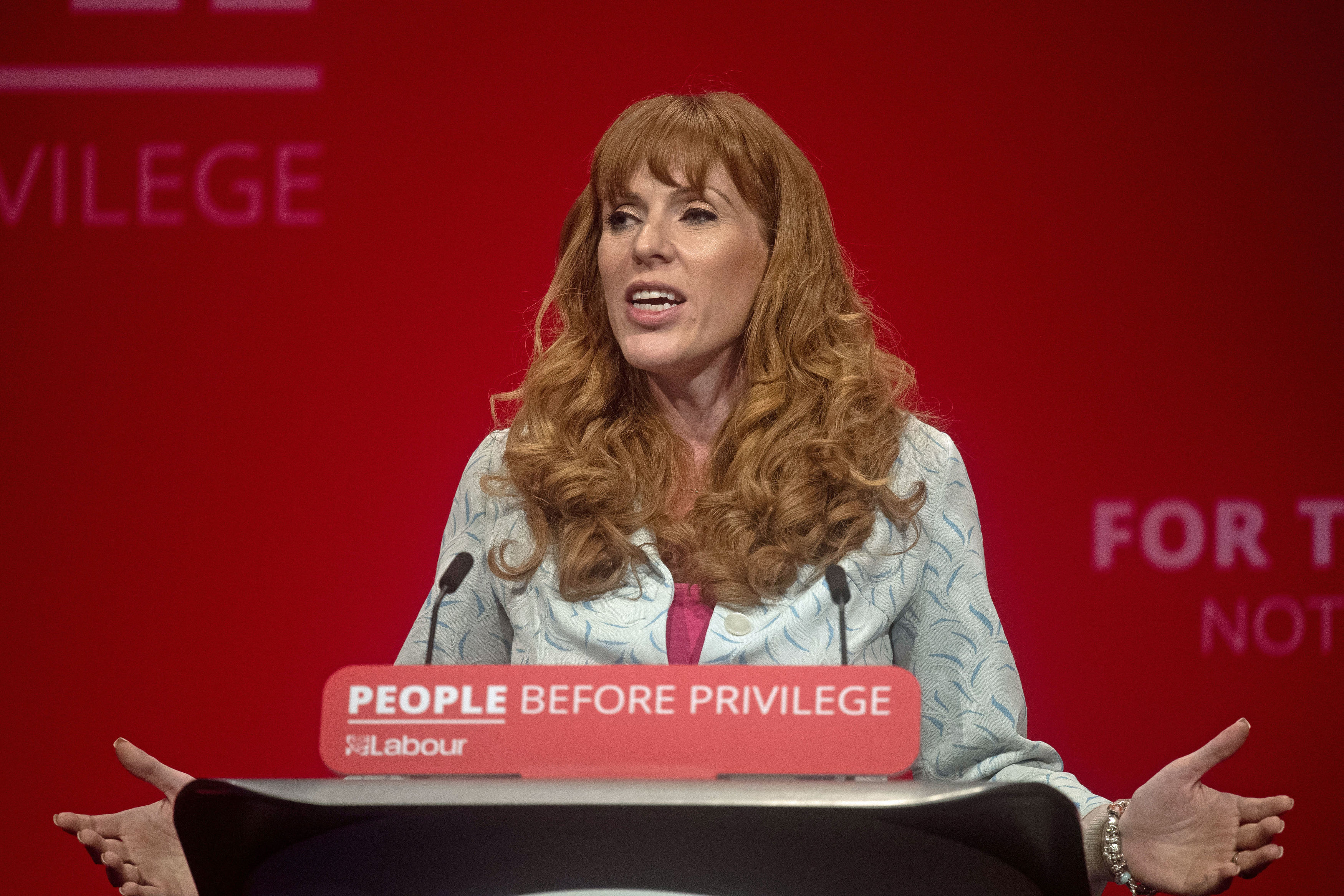 Meanwhile, shadow education secretary Angela Rayner said posting the image was "unacceptable" but said the decision on Ms Osborne's future was up to the NEC.

Speaking to BBC Radio 4's Today programme, Ms Rayner said: "As somebody who's faced a level of abuse and death threats as a politician, I think a lot of people out there really don't see the vitriol and the nastiness that's online that's pointed towards politicians at the moment.

Asked if Ms Osborne should stand down, Ms Rayner said: "It's not a matter for me whether or not that happens, it will be the NEC but I think we've all got to take responsibility for what we post online and what we say and we've got to lead by example."

Ms Osborne told the Huffington Post: "I shared an image on social media of a film parody poster making light of Theresa May's forced and robotic statements about her 'strong and stable government' in the run-up to the 2017 general election.

"I unreservedly apologise for having shared this image.

"As a woman, I am extremely concerned about the abuse and threats that women in politics face and if elected I will work with colleagues to challenge misogyny, hate and division in politics and beyond."