Pubs, farms and stately homes call for government to allow ‘pop up’ campsites to open for SIX MONTHS this summer so Covid-hit rural business can take advantage of staycation boom

Pubs, farms and stately homes have teamed up to ask for restrictions to be relaxed so more campsites can be opened this summer.

Sites can currently be opened for 56 days without planning permission, which is double the number allowed pre-pandemic.

But a campaign group said the looser restrictions do not go far enough to help businesses struggling amid lockdown.

Carry on Camping now wants loosened rules from June until October, a full six months, to allow landowners to make the most of a rush in demand.

It comes as minister George Eustice was rapped for telling Britons not to go abroad for holidays.

Dan Yates, managing director of PitchUp, is behind the camping campaign told the BBC it was ‘all about making the most of the weather’.

He said the current legislation wasn’t enough to justify the work businessowners need to put in to make their sites ready for holidaymakers. 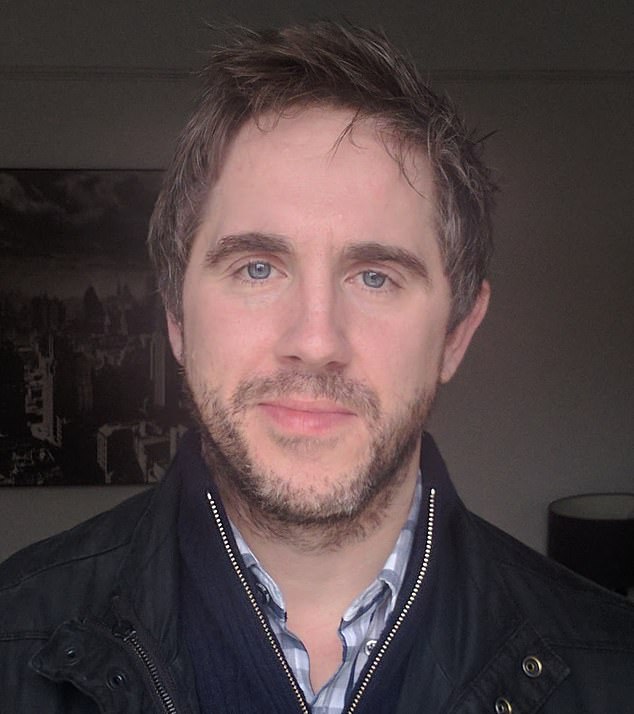 Dan Yates, managing director of PitchUp, has urged the camping allowance to be extended 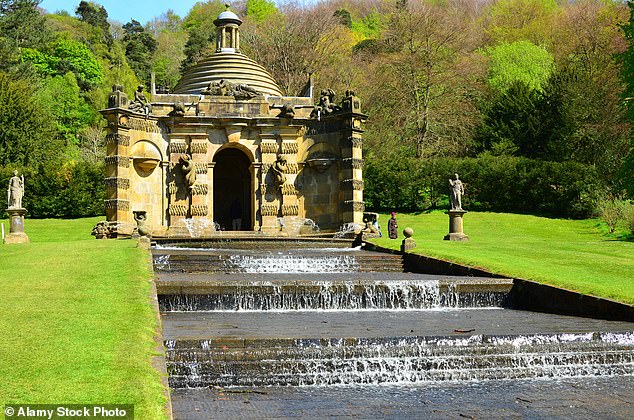 Mr Yates said a change in the rules could help owners earn up to £50,000-a-season as many of those looking to offer temporary pitches are wedding venues.

He added: ‘No other type of accommodation in Britain can scale up to meet customer demand.

‘This is all about making the most of the weather.

‘We’ve had the 28-day rule a long time, and for most businesses it wasn’t viable to plumb in toilets, train staff and take a chance on the forecast.

‘Fifty-six is a whole different ball game – but we need longer.’

Landlady Fiona Kirby offers pitches for £15-a-night behind the Devonshire Arms in the Peak District. ‘It’s been amazing,’ she said. 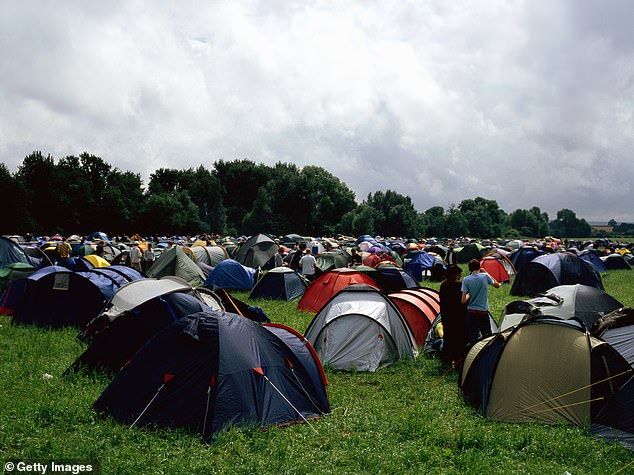 You cannot operate different temporary uses each for 56 days such as 56 days use for camping and 56 days for car parking. The 56 days limit is the total allowed for all temporary uses cumulatively. Some uses are limited further such as trials of speed.

You cannot have 56 days of camping in one field and then another 56 in another. The limit applies to the whole land holding, not only the field or parcel.

Every day that tents are on the land counts towards the 56 days even if they are not occupied. This means that you cannot put up tents at Easter and leave them up until the end of August.

‘We’ve been full every night we’ve been open.’

Chatsworth Estate in Derbyshire is another one of the venues welcoming camping for the period.

Sally Ambrose, head of visitor experience, told Radio 4 it would be helpful if the rule could be extended.

She added: ‘It is important for all the local tourism and hospitality businesses.

‘They have suffered tremendously from not being able to welcome guests and visitors.

‘I am constantly speaking to colleagues in the sector and we are all rallying together to help people in the industry.’

The Ministry for Housing, Communities and Local Government is responsible for the regulation in England and Wales.

A spokesperson said: ‘We have doubled the number of days temporary campsites can operate as part of our support for businesses and local economies during the pandemic.

‘These measures are in place until the end of the year and we are keeping them under review.’

In Scotland and Northern Ireland, more relaxed camping rules are already in place. 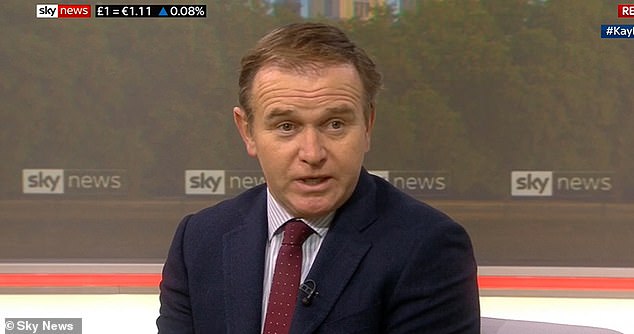 The camping call just two days after travel bosses were enraged by a minister who said the public should not go on foreign holidays ‘unless it’s absolutely necessary’.

Environment Secretary George Eustice advised Britons not to book overseas breaks and instead travel at home because ‘we’ve got some great places here’.

Anyone who does book a trip abroad should understand that there are risks, he warned.

The comments were met with fury by the travel industry, which said the traffic light system appeared to be dead little more than three weeks after coming into force.

Adding to the confusion, it emerged that the Foreign Office is still declaring Portugal safe for holidays despite it being downgraded to amber.

It has refused to advise against non-essential travel to Portugal and the islands of Madeira and the Azores.

This will fuel suspicions that ministers went further than Joint Biosecurity Centre data suggested they should when they moved Portugal to amber without first putting it on a watch list to warn of a possible change.

Mr Eustice hinted the chance of the green list expanding was slim due to the risk of importing new variants.

Asked if it would be better for the public to go on holiday in the UK, he told Sky News: ‘Our advice all along has been don’t travel unless it’s absolutely necessary.’

However, the Prime Minister’s spokesman suggested the comments were not in line with official advice, and that Mr Eustice was ‘speaking personally about his own plans to holiday at home’.