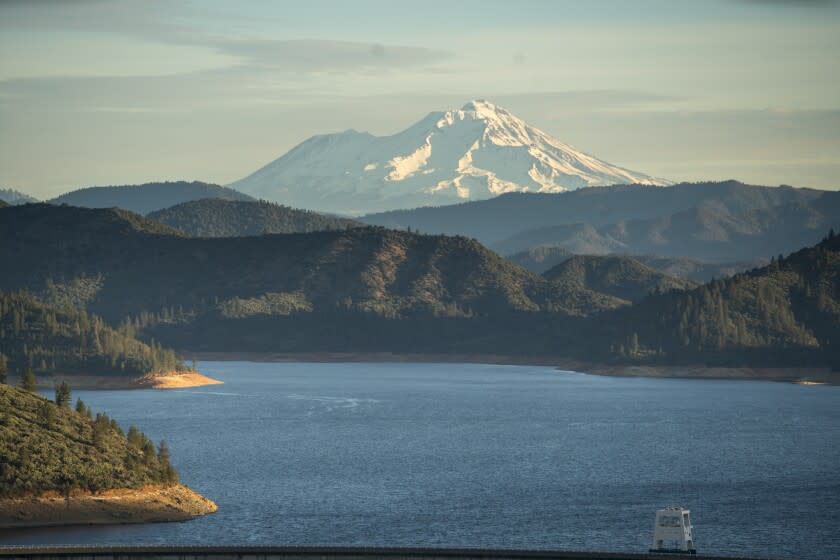 California’s largest lumber company is closing public access to its vast holdings of forestland in the state, citing wildfire concerns.

“Despite some of the late spring rains, California is experiencing the driest conditions it has had in 1,200 years,” said Andrea Howell, spokesperson for Sierra Pacific Industries, in a statement.

Sierra Pacific Industries owns 2.3 million acres of land across California, Oregon and Washington. The closure will only apply to its California holdings, which span from forests near Lake Shasta, the towns of Burney and Quincy and south toward forests outside of Lake Tahoe and Sonora.

These forests are usually open to the public for hiking, bicycling, fishing, hunting and cross-country skiing. The company said it plans to close off walk-in access but will still allow use of public roads that go through its lands.

California is currently under drought emergency orders, as the state recently saw its driest January, February and March on record in 100 years, according to state officials.

“The window for these types of events is certainly widening,” Sanchez said. “Fires are starting earlier and lasting longer, and we can expect to see these kind of restrictions follow that trend.”

The closure marks the third year in a row Sierra Pacific Industries has closed off public access due to wildfire concerns. The company closed off access in June last year, and in September 2020, as dry conditions worsened, according to its archive of news releases.