Businesswoman, 53, who claims she was ‘pushed’ by her lawyer to admit harassing MoD worker ex-lover and his fiancee weeps in court as she is refused permission to change her plea

A businesswoman who bombarded her ex-lover and his fiancee with messages after he announced their engagement claims she was ‘pushed’ by her lawyer to admit harassment.

Zoe Phillips, from Chelsea, west London, sent Ministry of Defence worker Neil Cross 60 WhatsApps and emails and threatened to kill herself when he ended their relationship in January 2019.

The 53-year-old admitted two counts of harassment without violence last July and was sentenced to a 12 month community order, but now claims she is ‘not guilty’ and ‘never has been’.

Westminster Magistrates’ Court previously heard that following the end of their relationships, Phillips went to his fiancee Serena Williams’ workplace and fired off messages to her company email account after ‘following Mr Cross around all evening’ at a charity ball.

She also posted a selfie outside Ms Williams’ family castle in Cornwall and sent a ‘flurry of WhatsApp messages’ to Mr Cross. 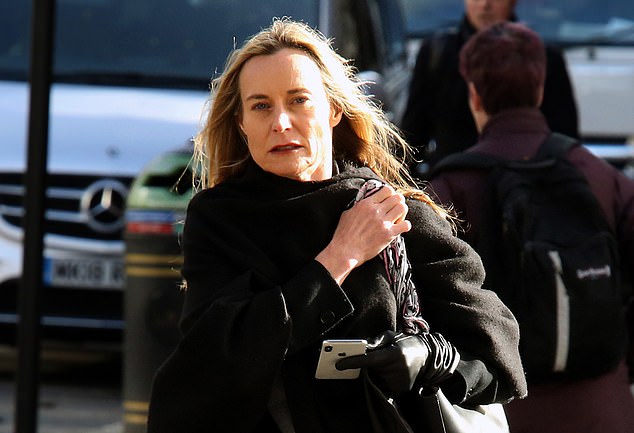 The 53-year-old admitted two counts of harassment without violence last July and was sentenced to a 12 month community order, but now claims she is ‘not guilty’

The brand manager for Nestle and Biogen also contacted Major Harry Wallace on Facebook after the victim blocked her on social media to use the army officer as her ‘conduit’ to Mr Cross.

Phillips now insists she was badly advised by her defence lawyer and broke down in tears while she maintained her innocence at Westminster Magistrates’ Court this week.

‘They told me I was going to prison for 26 weeks, or that was a possibility,’ she said.

‘I wrote many times, they pushed me and said I can’t avoid it. I felt very worried, very alone.

‘I do believe that mistakes have been made.

As she left the court, she addressed Judge Nicholas Rimmer and said: ‘I never harassed those people. I’m not guilty, I never have been.’ 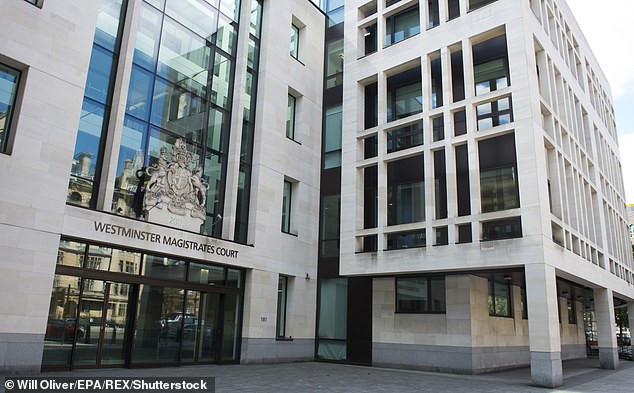 During court, Judge Rimmer said: ‘All I can say is that this court recognises the pressures you are under.

‘Unfortunately this court does not have the jurisdiction to set aside your plea and to revisit the case for trial.

‘I think the law is clear.’

In a statement read in court at Phillip’s sentencing last year, Mr Cross said: ‘She infiltrated my social circle and manipulated my friends in order to get to me.

‘This has negatively impacted every aspect of my life. I simply wish for this to be over and to do my duty without her harassing Serena in my absence.’

Ms Williams said she was unable to sleep after not knowing when Phillips might ‘strike’ again. 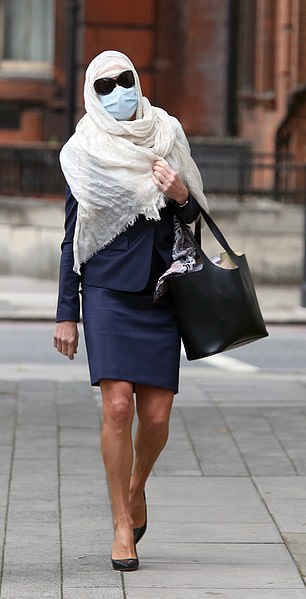 ‘It has led me to lock all of the doors and check under the car,’ she said.

‘She systematically made it her mission to force herself into our lives, this was unasked for and unwanted.

‘She has written a number of times how she’s going to turn up. What she will do next is the question spinning around in my mind almost all the time.’

Mr Cross said in his statement he had four dates with Phillips before deciding to end the short relationship and remain friends.

But in February last year, Mr Cross organised a charity ball which Phillips attended, and he said she followed him around all evening.

Prosecutor Johnathan Bryan earlier told the court: ‘Throughout 1 May to 31 December 2019 he received a number of texts and emails from Ms Phillips.

‘There were a number of WhatsApp messages talking about their relationship and her apologising about contacting him and making reference to the fact that she would take her life describing how much she still likes him. I’m summarising as there are about 45 texts but the general nature is that she’s upset about the new relationship and unhappy about him blocking and unblocking her.

‘She was blocked but then contacted him through different avenues on his work email address, that being a Ministry of Defence email address and giving Mr Cross great difficulty to get her blocked from that address having received all those emails.

‘On 4 October 2019 Ms Phillips had gone on to send a further 15 emails in a row and on that same day he received a number of telephone calls from an unknown number.’

When Mr Cross and Ms Williams announced their engagement in the Telegraph newspaper, Phillips commented on the piece on the website.

‘Phillips in fact commented on that on the website making reference to the fact that she was still in love with Mr Cross and was not happy about the end of their relationship,’ Mr Bryan said.

Phillips was sentenced to a 12 month community order and ordered to pay £800 costs last July.

A restraining order was put in place to prevent her from contacting the couple and attending their place of work and social club.