Councils have been accused of being more ruthless than ‘cowboy clampers’ after it emerged they are handing out almost 2500 bus lane fines every day.

Details obtained following a Freedom of Information request showed town halls raked in up to £41million from drivers who strayed into bus lanes last year. 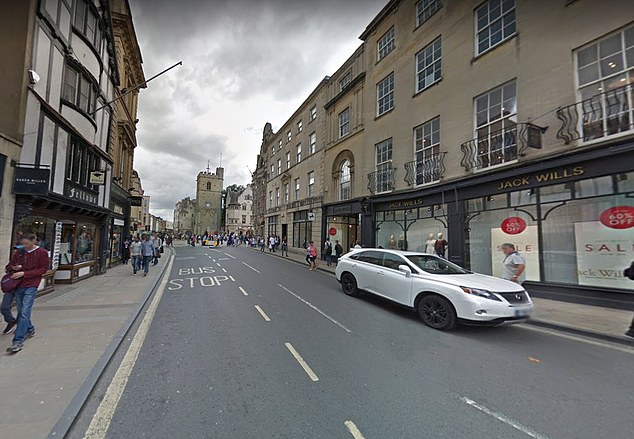 Oxford council reported a bus lane on the high street brought in up to £1.5 million

Some councils appear particularly aggressive in their pursuit of drivers.

Scotland saw the highest number of drivers caught in the act, with Glasgow City council and Aberdeen council issuing 145,408 fines – or 16 per cent of the UK total.

One bus lane on Oxford high street generated up to £1.5 million for the council.

Drivers in London now pay up to £160 if they stray into a bus lane, dropping to £80 if they pay up within two weeks.

According to a poll by comparison site Confused.com (must keep), which also submitted the Freedom of Information request, almost half (48 per cent) of motorists who have driven in a bus lane were confused and did so unknowingly.

One driver picked up three bus gate fines from Glasgow City council in a matter of minutes while taking her disabled relative to an art exhibition.

Responding to the report, Jack Cousens, head of roads policy for the AA, said: ‘Too many councils enforce their bus lanes with a zeal and ruthlessness that would have left the cowboy clampers in awe.

‘When an elderly driver gets three bus lane tickets in a matter of minutes while looking for somewhere to set down her disabled relative in Glasgow, bus lane enforcement moves from deterrence to local government disgrace.’

Mr Cousens said that evidence from bus cameras showed that drivers were being issued fines even if they had moved into the bus lane to let an emergency vehicle past.

He added: ‘When Traffic Penalty Tribunal adjudicators condemn enforcement schemes in Preston and Newcastle that have issued tens of thousands of fines, then there is something desperately wrong with too many of these bus lane camera operations.’ 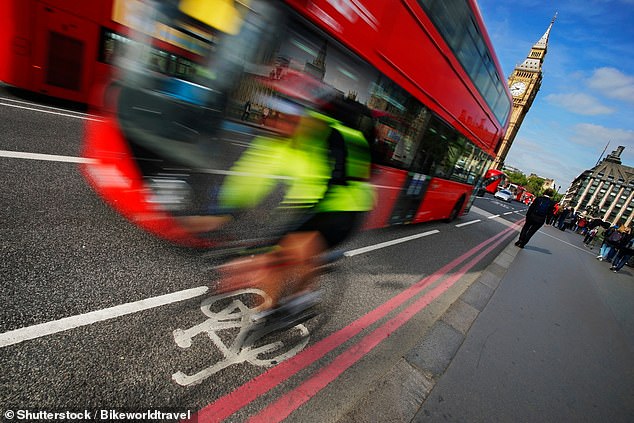 Councils have said the actual amount they generate is lower than the penalties issued, primarily because drivers who pay fines early get a discounted rate.

‘Fines from traffic offences are spent on local transport improvements and help to keep pedestrians, motorists and cyclists safe and ensure people can park near their homes and local shops.

‘Councils make no apologies for enforcing the law and if any motorist believes they have been fined unfairly, then they have the right to appeal against it.

‘The fact that over 99 per cent of parking and bus lanes fines are not appealed clearly shows that the overwhelming majority of people who are ticketed accept that they have broken the rules.