Almost everything went right for the Tampa Bay Buccaneers in their blowout win over the Philadelphia Eagles on Sunday.

But head coach Bruce Arians was displeased with safety Andrew Adams during a scrum for a loose ball and smacked him the back of his helmet to get his attention.

The incident occurred in the third quarter after a muffed punt by Eagles returner Jalen Reagor. A pile of players from both teams fought for the ball, which the Bucs eventually recovered. During the scrum, Adams attempted to pull some Eagles players away from the pile, which preceded Arians' swipe.

Bruce Arians is NOT happy 😳pic.twitter.com/H5Goxcee7S

Adams wasn't flagged, but pulling an opponent from a pile during a scrum can draw a penalty. When asked if that was why he swiped at Adams, Arians told The Tampa Bay Times' Rick Stroud, "Yeah, that was it."

I asked Bruce Arians why he briefly swiped his hand at Andrew Adams’ helmet after the Eagles’ muffed punt. Adams was trying to pull Eagles players off the pile, which could be a penalty. “Yeah, that was it,” Arians said.

That was the extent of the explanation from Arians on Sunday. He may expect to hear more questioning during his Monday news conference, if not from the NFL.

Kansas City Chiefs assistant coach Greg Lewis drew a fine earlier this season for shoving Cleveland Browns safety Ronnie Harrison during a sideline altercation. Whether Arians is penalized for smacking his own player is yet to be seen. 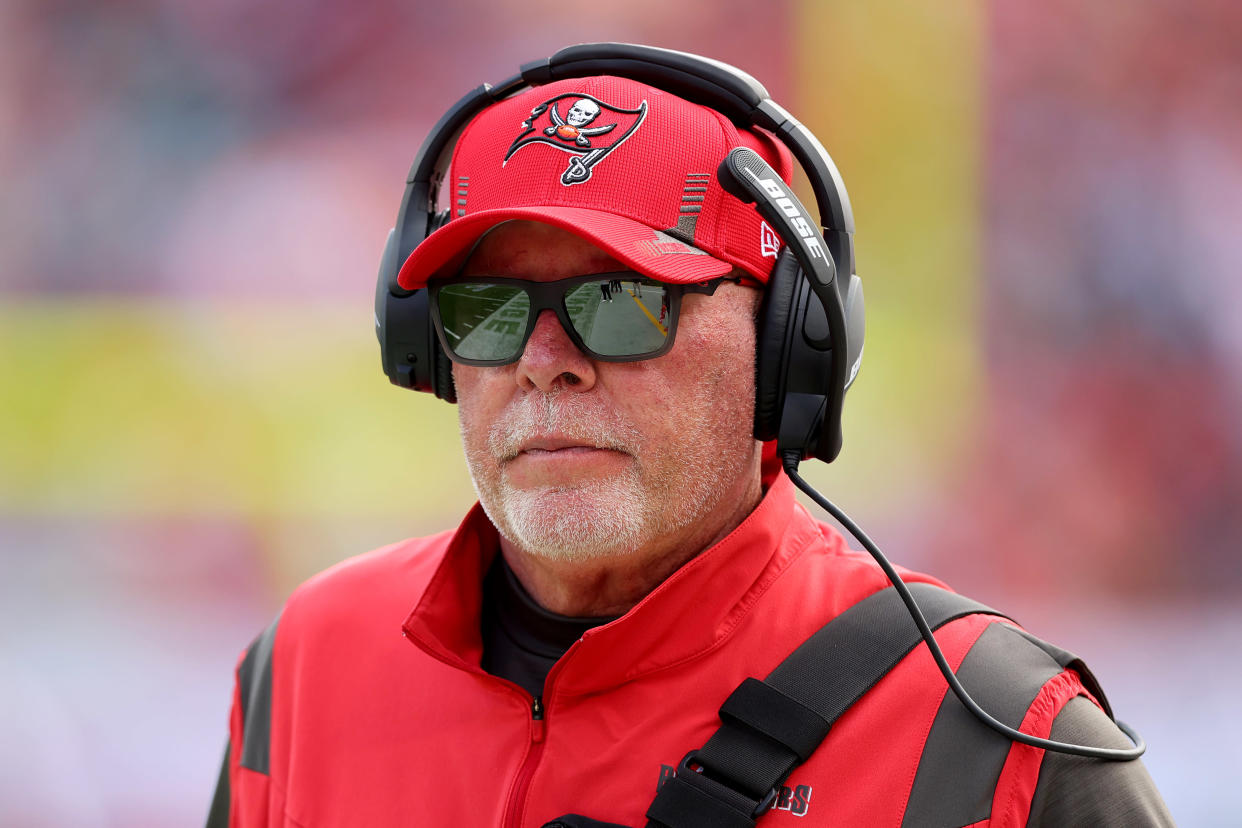