Colombo: London police are asking for images taken during the terrorist attack in Sri Lanka.

Acting Commander Alexis Boon said that counter-terrorism police wanted to look at any photos and footage taken before, during or after the Easter Sunday bombings that killed an estimated 321 people. 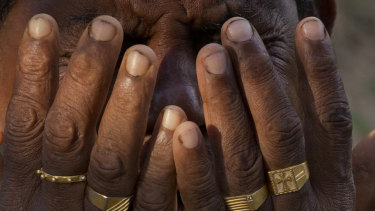 The Metropolitan Police dispatched a small team of specialist officers from the Counter Terrorism Command to Sri Lanka to support families who lost loved ones and to help with repatriation of their remains. The officers were gathering information that might be useful during coroners' investigations.

Boon also asked for witnesses to the attacks to contact police on a confidential basis.

The news of British police involvement comes as the country's President promised to dismiss senior officials who had failed to act on warnings about the attacks believed received at least 10 days prior.

The Islamic State group claimed responsibility on Tuesday for the coordinated suicide bombings on churches and hotels. It also distributed an online video showing the person Sri Lankan officials suspect of having led the attacks.

In the video, the man believed to be the chief suspect, Mohammed Zaharan, a little-known extremist preacher from Sri Lanka, leads a group of disciples pledging fealty to the Islamic State. 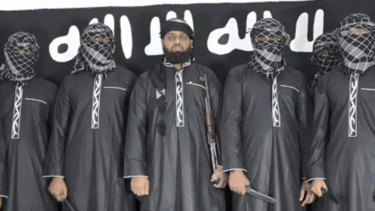 There is no direct evidence the extremist group did more than provide encouragement for the suicide bombings.

But if there were more substantial connections, they would reinforce worries by Western security officials and others that the group remains a threat, despite the destruction of its self-proclaimed Middle East caliphate earlier this year. The FBI, Interpol and other foreign intelligence services have also joined the investigation.

It remains unclear how Zaharan, leader of a local group, National Thowheeth Jamaath or NTJ, that is known for little more than defacing Buddhist statues, could have organised and executed such a devastating, sophisticated attack. But Indian officials said they had been watching him since last year as a suspected online recruiter for the Islamic State group. 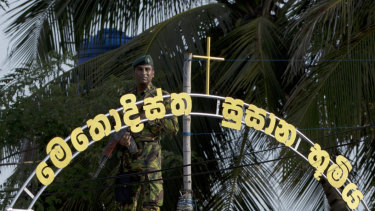 An officer of the Sri Lankan Special Task Force stands guard atop a building as funerals of Easter Sunday bomb blast victims take place at the Methodist burial ground in Negombo, Credit:AP

A spate of anti-Muslim violence was reported as the death toll from the attacks rose to at least 321 on Tuesday.

UNICEF said at least 45 children were killed, among them five foreigners – 27 children died in the bombing of St Sebastian's Church in Negombo, 13 were died in blasts in Batticaloa.  Twenty children have also been hospitalised in Colombo.

UNICEF also said many children lost one or both parents in the attacks and would need psychological treatment.

Authorities said more than 40 suspects had been seized, all Sri Lankans and one Syrian.

Prime Minister Ranil Wickremesinghe said Zaharan, whose whereabouts were unknown on Monday, may have been one of the suicide bombers.

Meanwhile, the office of New Zealand's Prime Minister said she was aware of comments linking the bombings to the mosque attacks in Christchurch that killed 50 people last month, though it hadn't "seen any intelligence upon which such an assessment might be based."

The statement came after Sri Lankan Minister of Defence Ruwan Wijewardene made the claim to Parliament, without offering evidence.

Jacinda Ardern's office also added that it understood "the Sri Lankan investigation into the attack is in its early stages."

In his first national address since the attacks, President Maithripala Sirisena sought to allay criticism that he was at least partly responsible for the security failure. He announced major changes were coming.

Sirisena did not specify who would be replaced. But his senior adviser, Shiral Lakthilaka, said "positions of secretary of the Ministry of Defence and inspector general of police are positions earmarked for dismissal."

The Sri Lankan government has been divided and dysfunctional for months. Many Sri Lankans say the President contributed to the failure by having refused to let Wickremesinghe, a political rival, into security meetings.