The wife of a British passenger who suffered a mental breakdown and told airline staff there could a bomb on his flight from Abu Dhabi has told how she fears he will be left to die in prison.

Army veteran Steve Long, who worked with bomb disposal units in Bosnia and Iraq, has been moved to a notorious desert prison from a psychiatric hospital where he was undergoing treatment.

His wife Heloise told MailOnline that with limited medical help at the Al Wathba prison she fears his condition will get worse and he might not survive his incarceration.

Long faces up to 13 years in jail unless he can pay a £103,000 fine after a court in the United Arab Emirates convicted him of making a bomb threat to Etihad Airlines staff. 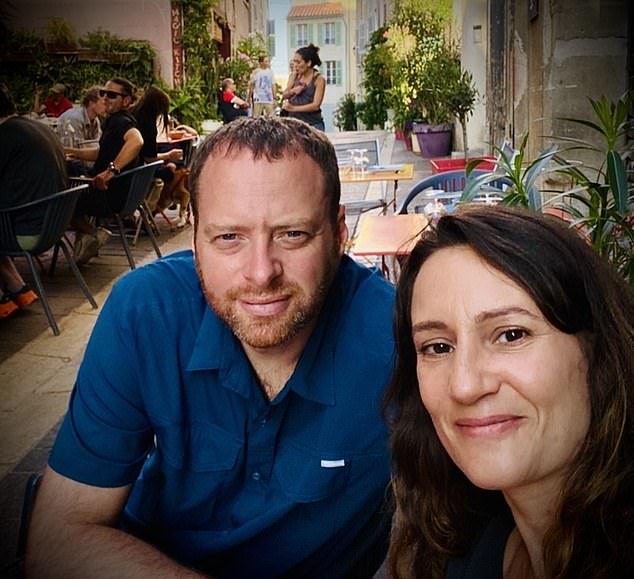 Heloise, 43, a nurse, said her husband suffered a mental breakdown caused by undiagnosed PTSD as he was about to board a flight back to Manchester on January 28. He told airline staff he feared there was a bomb on his Manchester bound flight.

He was arrested and jailed for three days before being taken to hospital where doctors agreed he had suffered a psychotic episode and did not know what was happening.

Despite the doctors report a court in the UAE convicted him of making a bomb threat.

Describing his condition, Heloise said: ‘He was having hallucinations and not making any sense. Steve had a complete psychotic break. He was standing up and sitting down and thought he was back in the army.

‘He was not making a bomb threat but was completely paranoid and telling people he was being followed. He is not a criminal but the longer he is kept in prison he is just going to get worse.

‘The treatment he had been receiving was beginning to work, and so they have discharged him from hospital and sent him to prison.

‘I am just so scared of what is going to happen. He will not be able to cope in the prison and the surroundings will just make things worse. I don’t know how long he can last in there as there is no way we have the money to pay the fine and I cannot bear the thought of him being locked up.’

The former soldier’s ordeal began towards the end of a three-week trip to Abu Dhabi to visit a friend from their time working as paramedics for the US military in Iraq. The day before he was due to fly home the airport was bombed by rebels from Yemen. 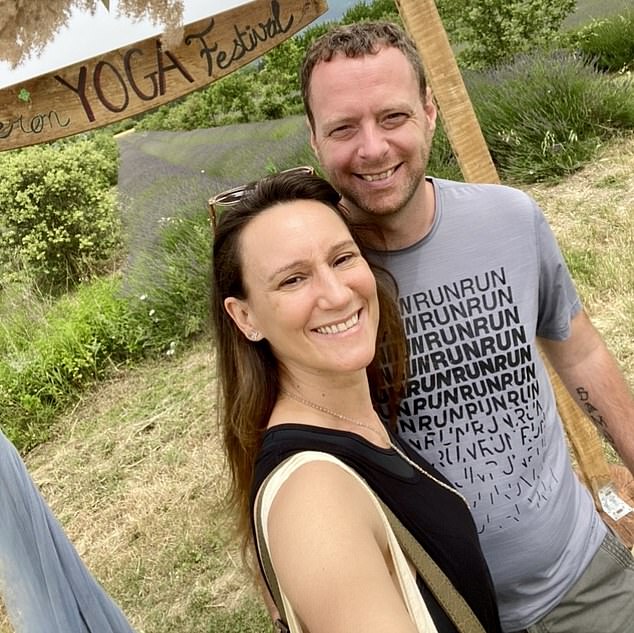 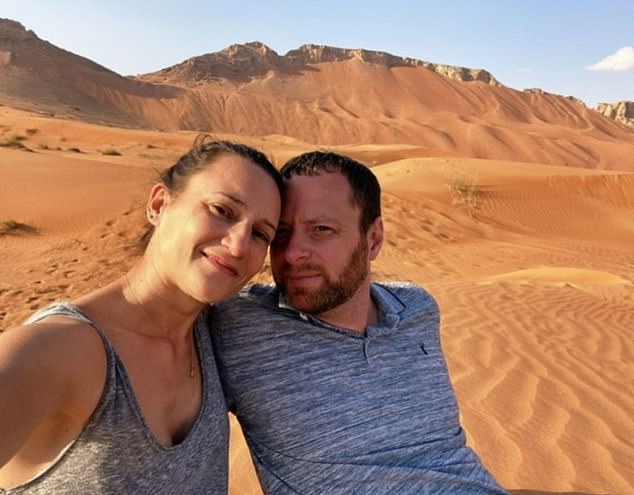 Heloise, 43, a nurse, said her husband suffered a mental breakdown caused by undiagnosed PTSD as he was about to board a flight back to Manchester on January 28

Heloise said: ‘Steve was becoming increasingly erratic towards the end of the holiday, but after the bomb attack it just got much, much worse.

‘He must have been affected by the attack as afterwards he was just incoherent, and we urged him to come home. He was not making any sense. I am a nurse and recognised he was having a mental breakdown.’

When Mr Long, 39, from Stockport, Greater Manchester, arrived for his flight he mentioned to staff he was scared and feared there was a bomb on board the flight.

While some staff recognised he was having a psychotic episode police were called, and he was arrested.

He spent three days in a police jail before being taken to a psychiatric unit where he was treated with drugs.

He was made to face a court remotely without legal representation and sentenced to a £103,000 fine and jail.

Lawyers filed an appeal, and despite doctors agreeing he was mentally unbalanced at the time of the incident when he talked about a bomb, the court upheld the sentence.

Heloise, who is from Marseille, France, said she was only allowed to see her husband of six months for a short time after she flew out to the UAE.

He was so weak that he had to be supported by two guards having suffered kidney problems from dehydration.

She said: ‘It was obvious he was in such a bad way. I had never seen him like that. He was not making any sense. Anyone could see that he was not well. It was so obvious from what he was saying and doing.’

Mr Long is not being allowed visitors while being held at desert prison of Al Wathba which has been condemned by human rights groups for its poor conditions.

Founder Radha Stirling said during the incident at the airport some Ethiad staff realised Long was having a breakdown while others called the police.

She said: ‘Airport staff recognised that Steve was having a breakdown, police knew it, the judge knew it. Yet they all decided to treat him like a criminal. The British embassy knows that Steve will not receive medical or psychiatric treatment in prison, and his condition will only deteriorate.

‘He is in urgent need of treatment, which is exactly why his family arranged for him to fly home from his holiday early. We are enormously worried about how he will cope in the harsh conditions now that he has been transferred to jail.

‘Steve has been carrying trauma from his time working with bomb disposal units in the military, and while he was in the UAE he witnessed a number of drone attacks carried out by Houthi rebels in Yemen in retaliation for the Emirates’ role in the ongoing conflict there.

‘These attacks triggered a severe PTSD reaction for Steve, and he spiraled into a manic state, imagining that he was back in the armed services and in a war zone. In his mind, he was alerting the airport staff about a possible bomb out of a sense of duty and caution.

‘However, when police became involved, they treated Steve like a terrorist, shackling him, denying him access to not only medication, but food and water, as well as not allowing him to call the British embassy or his family.’

A spokesman for Etihad said: ‘We can’t comment on an incident that is under investigation by government authorities.’