A BRIT engineer missed out on the £156million EuroMillions jackpot by ONE number – and treating his family to a takeaway with his £666 winnings. 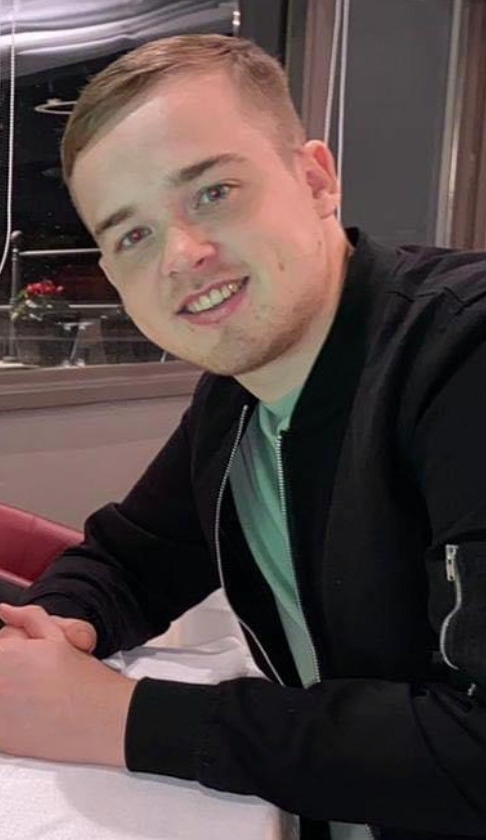 Aidan, from Clydebank, near Glasgow, correctly matched four numbers and both lucky stars – but only won £666.50.

He told the Scottish Sun: "I couldn't believe it. I was gutted."

The unlucky engineer shared his losing ticket on Twitter, showing he correctly matched four of the five main numbers on his line, as well as the two lucky stars.

But crucially his ticket failed to match the final winning number – 30 – meaning he only won the fourth top figure of £666.50.

Aidan is putting most of his winnings aside to save for his first home – but is treating his loved ones to a Chinese with some of his new cash.

The prize pot has now rolled over to a massive £176m after no one scooped the monster purse.

Aidan was left physically shaking with nerves as he matched up the numbers on his ticket and realising how close he was to hitting the jackpot.

He then made a dash into the house where his family frantically checked his ticket.

He said: “Sitting checking the numbers I was shaking, like actually shaking. Basically sh***ng myself.

“I had bought two tickets online and bought another two in the shop on the way to work. So when I checked the online ones I knew nobody had won the jackpot but I had no idea I was that close.

"I got out the car and sprinted into the house to show my mum, dad and brother. None of us could believe it."

Aidan’s tweet about his agonising close call has since gone viral with thousands left feeling his pain. 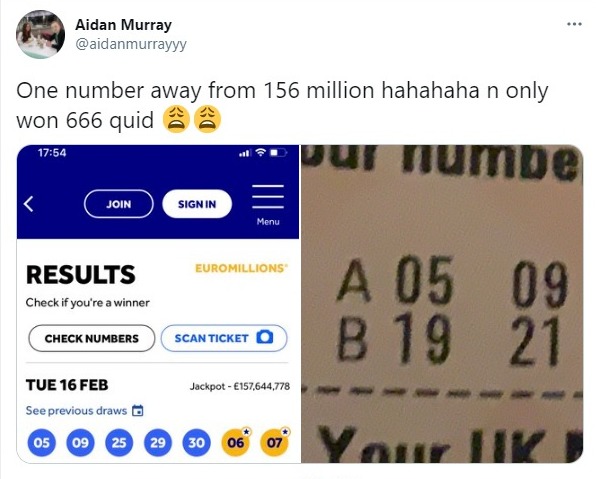 He’s been flooded hundreds of messages about the ticket. 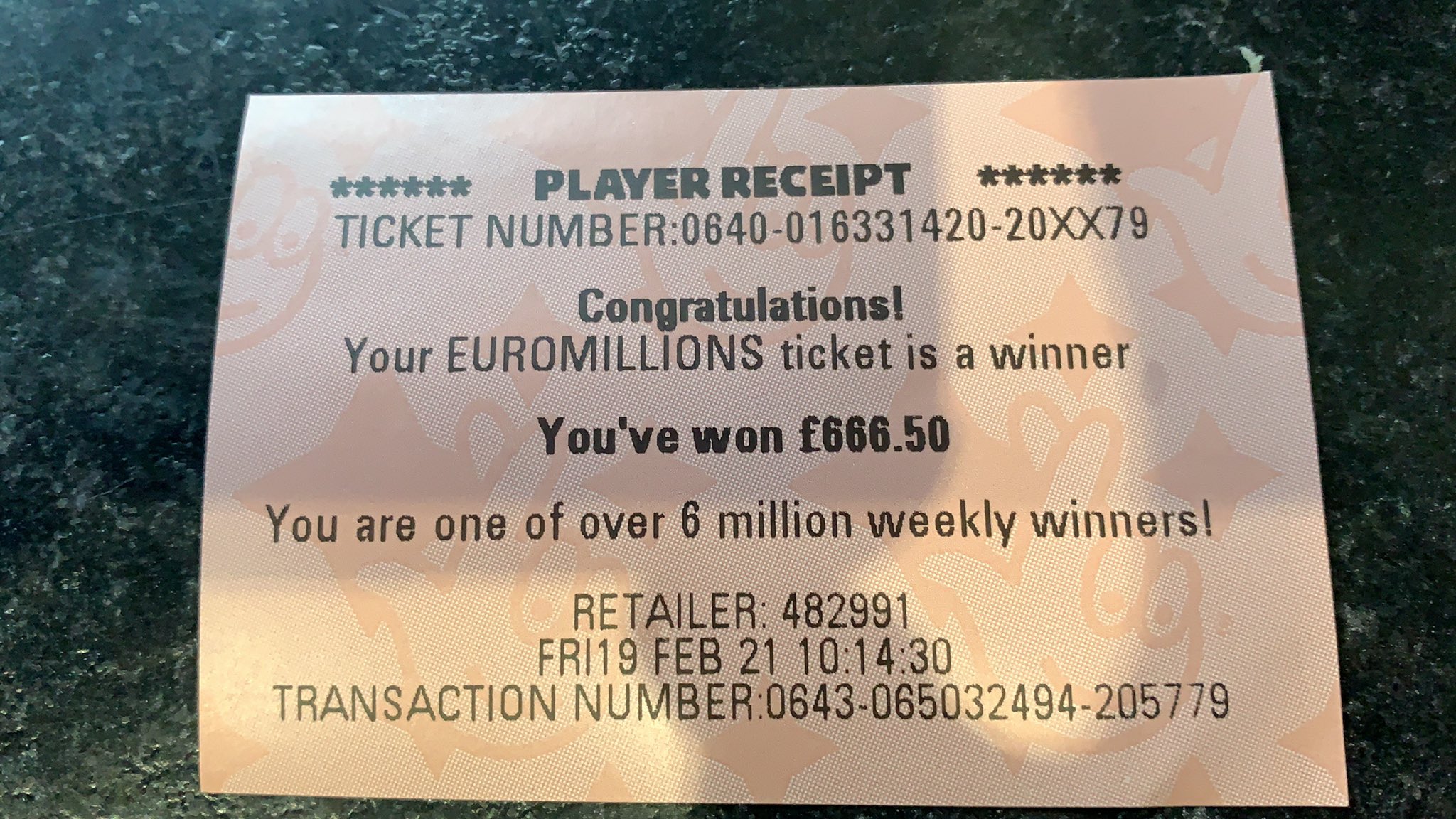 He said: “I’ve had to mute my Twitter notifications. I’ve been working from home today so I had to mute my phone because it just kept vibrating. I’ve never had a tweet like that before it’s got like 30,000 likes.”

The unlucky lad also revealed he has started to come to terms with the agonising close call.

He said: “Honestly, I was gutted last night but now I’ve slept on it I actually don’t feel as bad as I did at first.”

Aidan may have narrowly missed out on the life-changing amount but he still intends to put the lesser winnings to good use – starting with a Chinese takeaway for the family.

He added: “I’ll get a wee Chinese tonight and treat the family. Me and my girlfriend are saving for a house so I reckon £500 will go towards that.”

Aidan says he hasn't been put off by the pain of narrowly missing out – and is chasing a windfall again after buying more tickets for tonight's mega draw.

He added: "I only play Euromillions if it’s the big jackpots cause they’re that tempting to put a ticket on.

"I went to Spar near my house and bought a couple lucky dips for tonight. I might win tonight you never know."

We told how a lucky Scot scooped £58million on the Euromillions in September last year.

Camelot revealed they had transferred the EuroMillions fortune to the mystery punter who bought the lucky ticket in South Ayrshire.

And it emerged their identity might never be revealed – as the player did not agreed to go public at that stage.