A YouTuber is being investigated by German police after driving at 207mph (333kph) and starting illegal races on the autobahn.

Ally Law, 25, filmed himself for an expletive-laden video bombing down the autobahn in a white rented Lamborghini Huracan.

The autobahn, contrary to popular belief, does have speed limits in some sections, and police are now investigating road traffic violations in the video.

There are other strict rules to ensure the safety of travellers, including a ban on racing and a requirement to be considerate and safe. 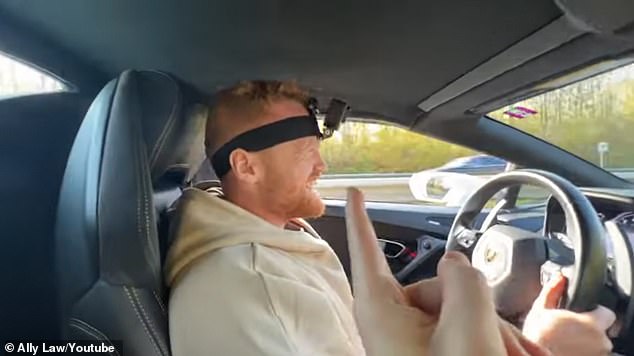 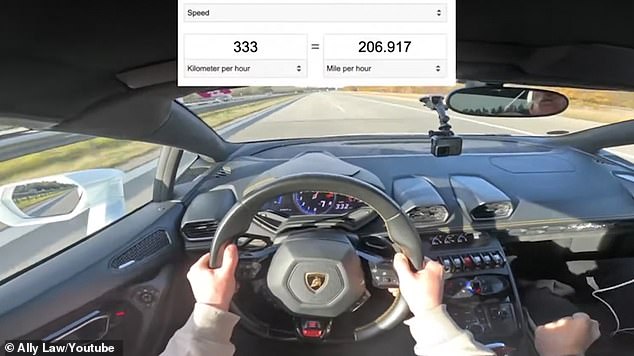 Mr Law can be heard shouting throughout the video as the Huracan races down Highways 8 and 99, near Munich.

‘F*****g hell. That picks up some serious speed,’ Mr Law can be heard saying as he accelerates in the flashy sports car.

A couple of minutes into the video the YouTube pulls over to show off the high-powered sports car. 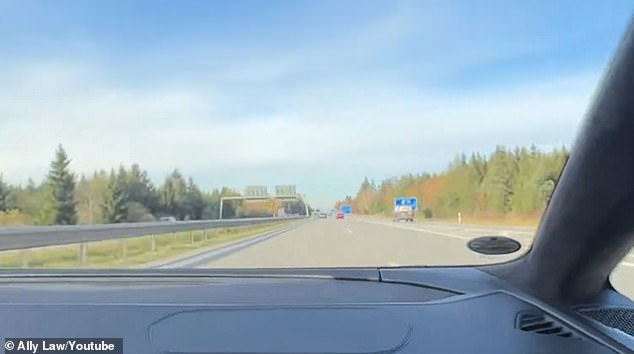 The autobahn in Germany is unlike other motorways. Much of it does not have a speed restriction although there are still laws motorists must follow

RULES OF THE AUTOBAHN

‘Whoever said materialistic things don’t make you happy was a liar. I’ve never been happier,’ he says.

He then sings the lyrics to Move B***h, by Ludacris before stopping for a quick rest break.

‘It definitely feels better, having a piss, now I’ve got a Lamborghini. Once you put that right foot down, you can no longer be sad.’

At one point, having spotted a police car, Mr Law says ‘if he tries it with us, mate, I’ll be gone’ before making a race car noise.

He also drives the convertible shirtless before hitting a top speed of 333kph. At several points he takes his hands off the steering wheel.

The video documents the frustration of the pair as they try to hit a speed of 200mph.

The Rosenheim police are investigating the video, which shows the Lamborghini weaving between other cars on the road.

He is also seen engaging in ‘acceleration duels’ by making eye contact with people in other cars.

The officials are therefore investigating a prohibited motor vehicle race, traffic hazards and other violations.

They are appealing for witnesses to testify about the incident.

The YouTube video had been removed from the content-sharing site but has now resurfaced. 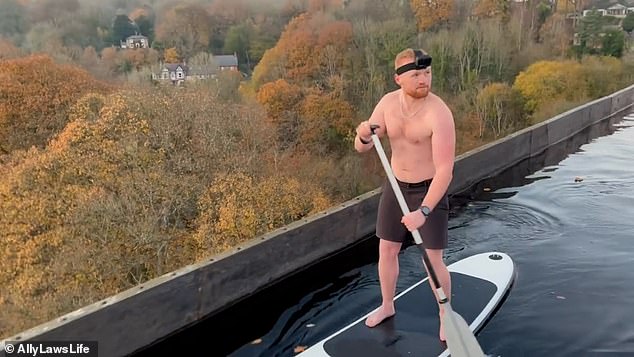 Ally Law, 25, swayed from side to side across the historic structure as he paddled across the Pontcysyllte Aqueduct in Llangollen, North Wales 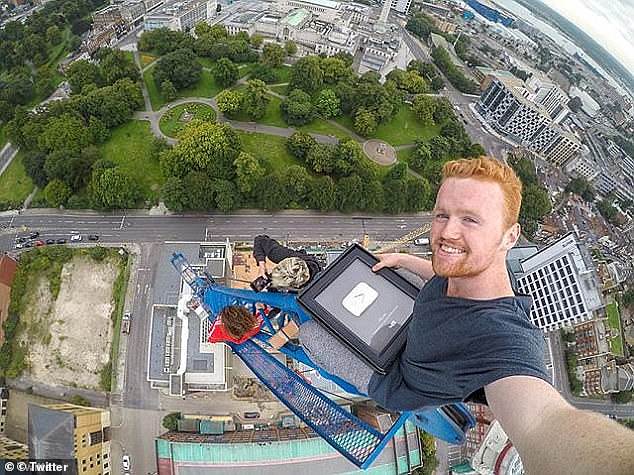 The YouTuber is well known for his dangerous stunts and has faced police investigations before. He was ordered to complete 120 hours of community work after breaking into Celebrity Big Brother in 2018

Mr Law is known for completing high risk stunts and filming them for his 3.46million YouTube subscribers.

In 2019 he was found guilty of two charges of aggravated trespass after breaking into the Celebrity Big Brother set.

He was ordered to complete 120 hours of community work and to pay £1,235 compensation.

Mr Law was also banned from entering any film or TV studio, areas of bridges or buildings not open to the public, any commercial property outside business hours and any attraction owned by Merlin Entertainments, for five years.