A massive fire has ripped through the derelict site of a former hotel in Bristol City Centre.

The Grosvenor Hotel in the Temple Meads area of the city has been derelict since the turn of the century and has been cited as an eyesore due to its location in such a prominent site in the city.

Part of the city centre was sealed off overnight while firefighters tackled the blaze, with roads in the Temple Meads area closed to allow access to emergency services. 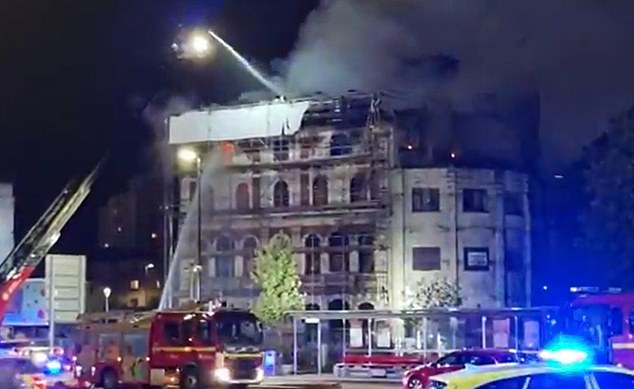 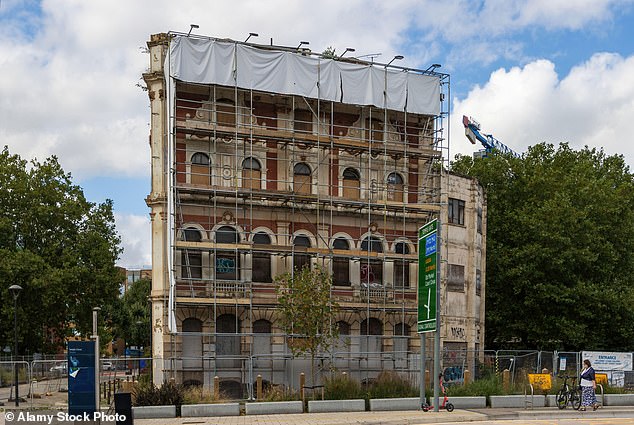 The former Grosvenor Hotel in Bristol which caught fire over night, pictured, has been derelict for at least 20 years and was due to be the centre of a major new regeneration scheme

A spokesperson wrote on Twitter ‘there have fortunately been no casualties and a number of people have been safely evacuated from a neighbouring building’.

Roads in the area were reopened around 6.30am.

According to the BBC, witnesses reported seeing 18-metre flames surging from the building during the most intense period of the blaze.

Firefighters from Bristol were supported by units from Bath and Weston-super-Mare.

A full investigation into the cause of the blaze will be conducted once the area has been declared safe by engineers.

The derelict hotel was due to form part of a major £4million redevelopment of Bristol City Centre in a partnership deal between the city council and a developer.

But the planned redevelopment of the Grosvenor Hotel and the neighbouring George Hotel was delayed by the failure of a controversial investment which resulted in court action.