A university has been slammed after its freshers’ fair had a stand that advised new undergraduates on how to be sex workers.

SWOP describes itself as ‘A discreet and confidential trans inclusive service for women working in the sex industry who live or work in Sussex’.

Before the fair, the group tweeted: ‘1 in 6 students does sex work or thinks about turning to sex work. We can help.’ 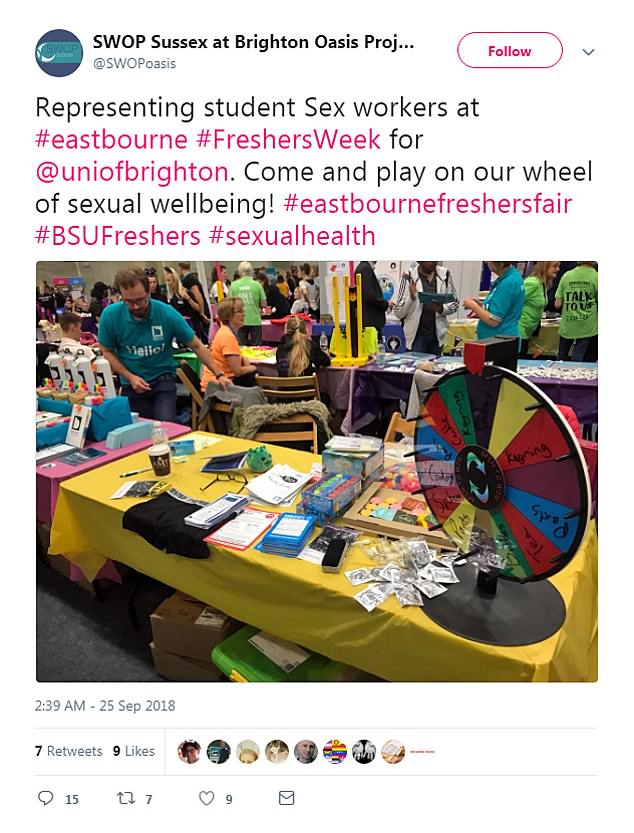 On A Level Results day, the group invited students to visit their stands for advice and information on sex work.

At the Brighton freshers’ fair, the group offered free condoms and lubricants for all students and invited to ‘play on our wheel of sexual wellbeing’.

Prizes from the wheel included underwear.

Earlier, they had also tweeted: ‘If you’re topping up your fees with sex work, or struggling to balance work and studies, or want to talk and don’t know where to go… we’re here for you. We respect your autonomy, privacy and confidentiality.’

The university and SWOP have both been slammed on social media, with many people stunned to see the group’s presence at the freshers’ fair. 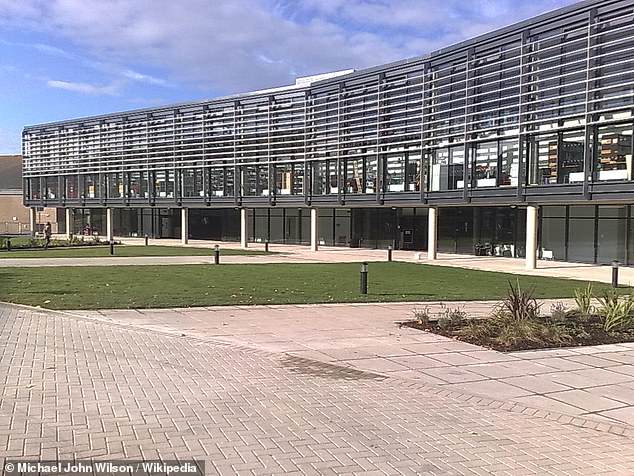 The university and SWOP have both been slammed on social media following the fair. Brighton University’s freshers’ fair was organised by its students’ union

One user commented: ‘Saddened to see this. Students should not be encouraged into prostitution.’

Another added: ‘What the f***? Are you seriously encouraging young people to sell their bodies to fund university? “Sex work”? Do you mention this to prospective parent at open days?’

A third simply said: ‘This is grotesque beyond words.’ 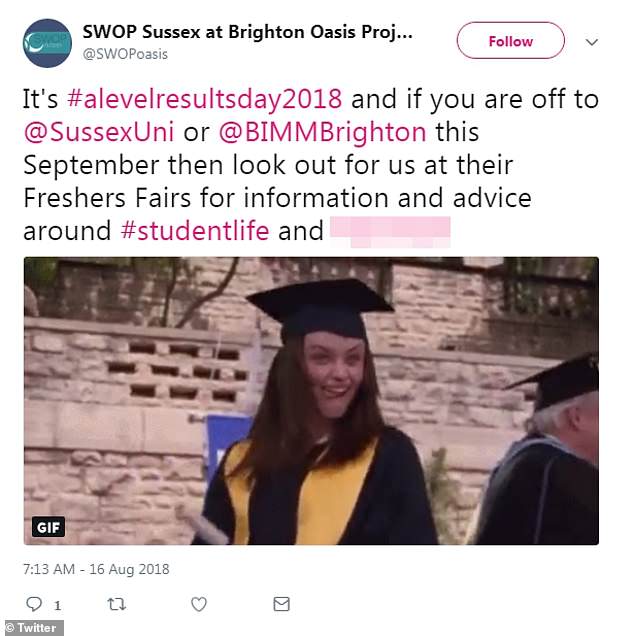 Before the fair, the group tweeted: ‘1 in 6 students does sex work or thinks about turning to sex work. We can help’

SWOP hit back in a tweet, that was later deleted: ‘Rising living and tuition costs mean that more students than ever are turning to sex work and Swop believe that they deserve our help as well.

A later tweet said: ‘SWOP have never idealised sex work. However, we understand why students may turn to sex work, and navigating the legal precariousness as well as potential danger mean that students are extra vulnerable and we will help. 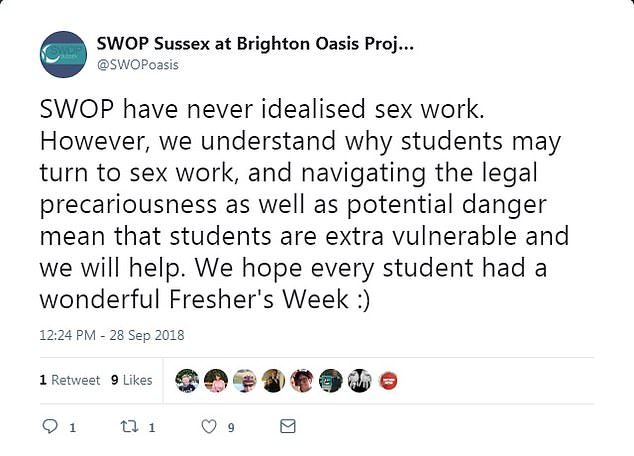 After the social media back clash, SWOP tweeted the following statement defensing themselves and the work they do

‘We hope every student had a wonderful Fresher’s Week.’

As reported by the Times, one of the leaflets offered by SWOP at the fair included tips on sex work like: ‘If you don’t have anyone to look out for you, fake it! Make your punter think that someone else knows where you are. Pretend to make a call … to make it look like you are confirming your arrival … put men’s shoes or clothes out.’

Brighton University’s freshers’ fair was organised by its students’ union. 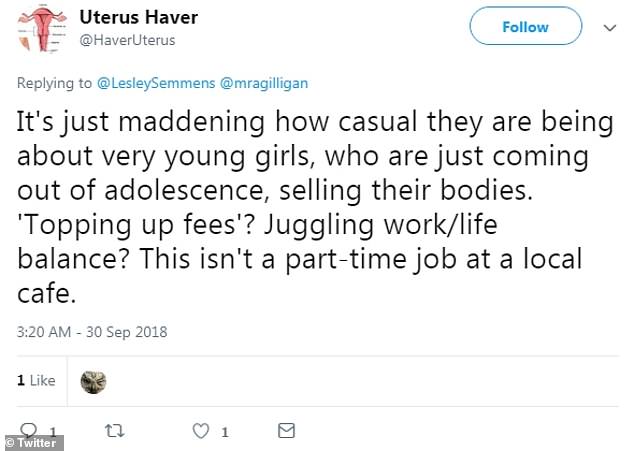 Tomi Ibukun, president of the union, told the Times: ‘Swop was at our freshers’ fair event to raise awareness of the specialist support they provide should it ever be needed.

‘They were not there to advocate sex work as an option to our new students. It is unfortunate that some people have misinterpreted the attendance of Swop at our freshers’ fair.’

Mail Online has contacted Brighton University, its student union and SWOP for comment.