BREAKING: John Travolta’s wife Kelly Preston dies of breast cancer aged 57 as he pays tribute to her ‘courageous’ two year fight and distraught daughter Ella, 20, says ‘I love you so much mama’

The actor confirmed her death in an Instagram post overnight Sunday, writing: ‘It is with a very heavy heart that I inform you that my beautiful wife Kelly has lost her two-year battle with breast cancer. She fought a courageous fight with the love and support of so many.’

Actress and former model Preston and Travolta had been married for 29 years and were both practicing Scientologists. They have two children, Ella, 20 and Benjamin, nine. A son, Jett, died in 2009 aged 16.

Travolta added: ‘Kelly’s love and life will always be remembered.

‘I will be taking some time to be there for my children who have lost their mother, so forgive me in advance if you don’t hear from us for a while.

‘But please know that I will feel your outpouring of love in the weeks and months ahead as we heal.’ 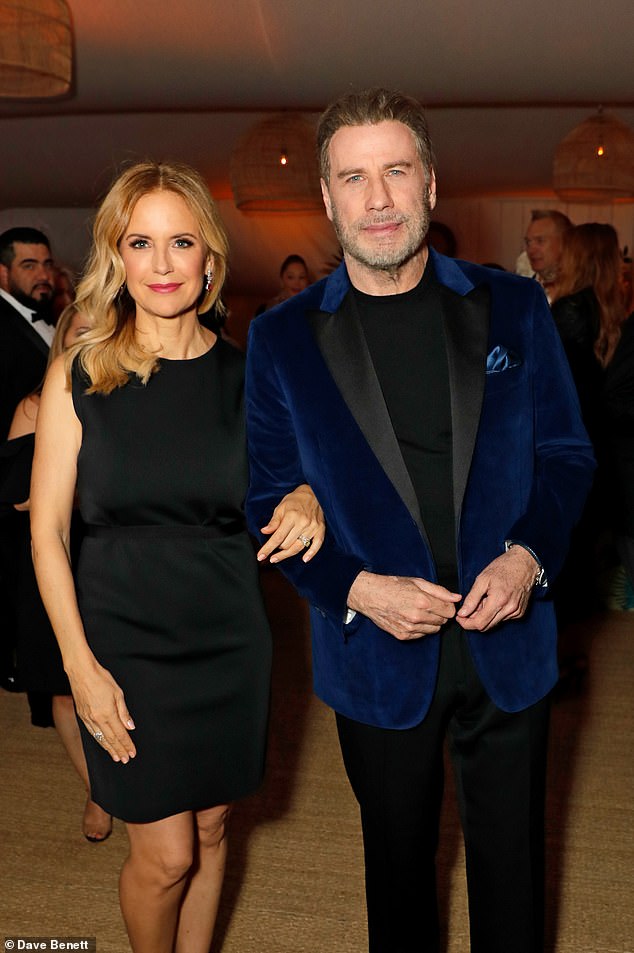 Kelly Preston has died aged 57. She is pictured with husband John Travolta in 2018 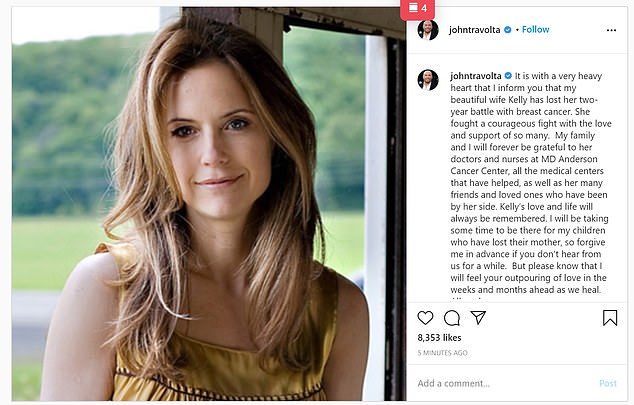 A spokesman for the family told People: ‘On the morning of July 12, 2020, Kelly Preston, adored wife and mother, passed away following a two-year battle with breast cancer.

‘Choosing to keep her fight private, she had been undergoing medical treatment for some time, supported by her closest family and friends.

‘She was a bright, beautiful and loving soul who cared deeply about others and who brought life to everything she touched. Her family asks for your understanding of their need for privacy at this time.’

Daughter Ella wrote: ‘I have never met anyone as courageous, strong, beautiful and loving as you.

‘Anyone who is lucky enough to have known you or to have ever been in your presence will agree that you have a glow and a light that never ceases to shine and that makes anyone around you feel instantly happy. Thank you for being there for me no matter what.

Preston was born in Honolulu, Hawaii before going onto to study at the University of Southern California.

She got engaged to Travolta in 1991 in Gstaad, Switzerland. The pair married in September of that year. 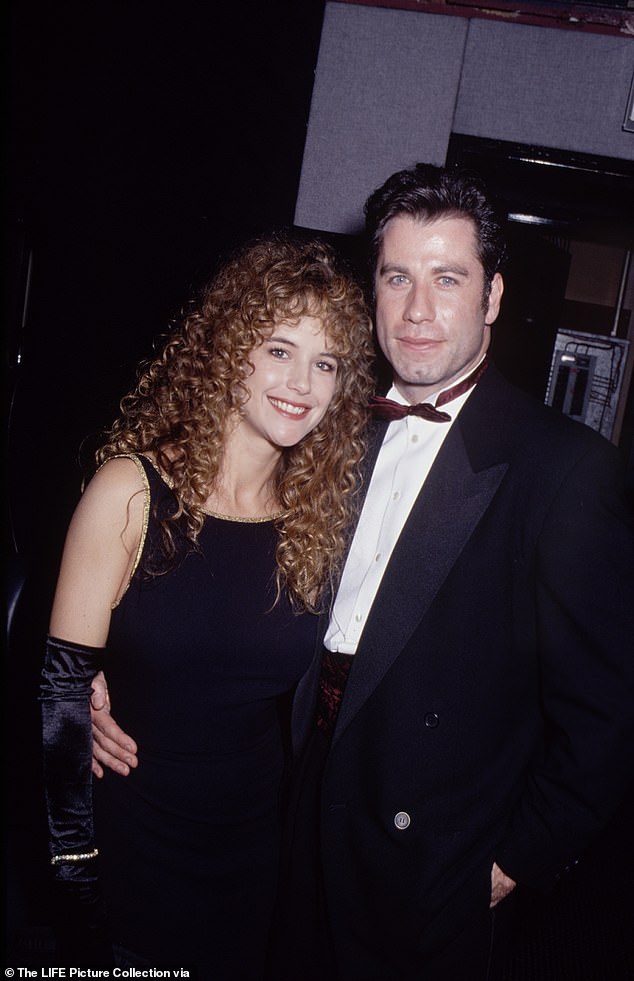 Preston got engaged to Travolta in 1991 in Switzerland. The pair married in the September 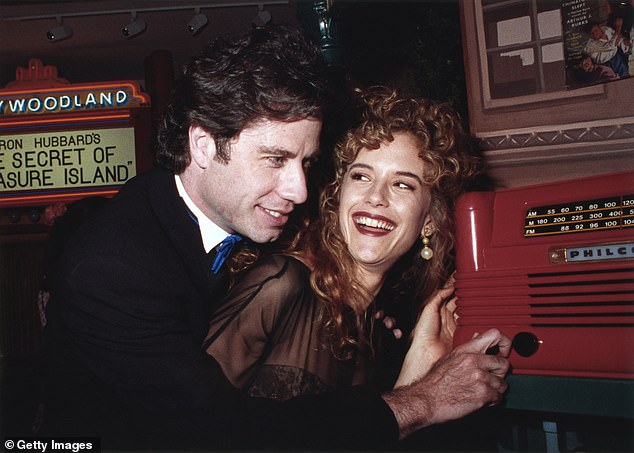 On their 28th wedding anniversary last year Kelly called Travolta ‘the most wonderful man I know’.

She added: ‘You have given me hope when I have felt lost, loved me patiently and unconditionally… made me laugh harder than any other human being possible… shared the most beautiful highs and at times low.

‘You’re a dream Daddio and make life so much fun!! I trust my love with you implicitly… with you I know I will always be okay no matter what happens… I love you forever and completely. Happy 28th Anniversary @johntravolta.’

The couple’s son Jett died in January 2009 during a family trip to the Bahamas when he hit his head on a bathtub after suffering a seizure at their home on Grand Bahama Island.