A Chinese boy is in critical condition after falling from the side of a third-floor escalator at a shopping centre, according to reports.

Surveillance footage shows the child, wearing a blue-and-white school uniform, climbing onto a handrail of the escalator as he tried to sit on it.

The clip shows him losing balance before plunging down backwards. 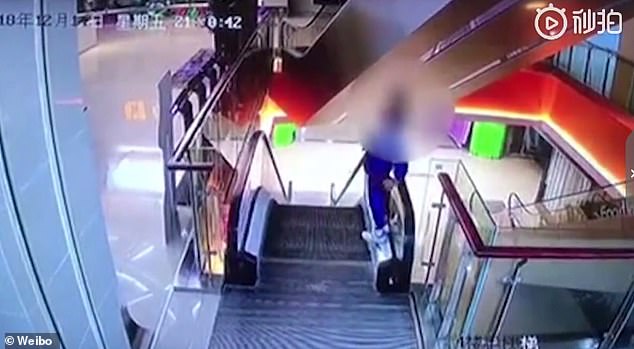 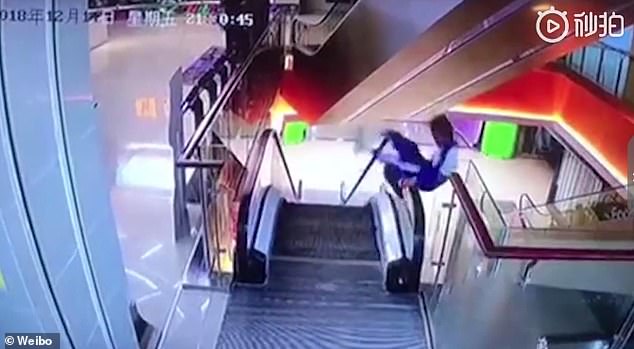 He loses balance and falls backwards from the escalator on the third floor in Dongguan, China

There were no adults around at the time and the escalator did not appear to be working.

The report did not mention which floor the boy landed on. 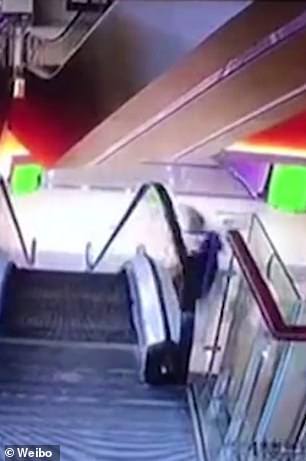 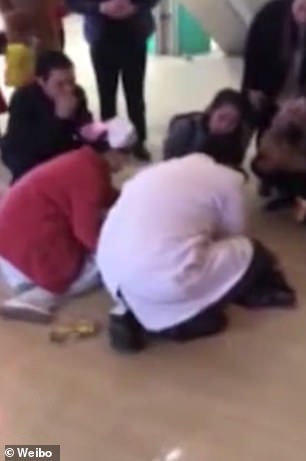 Chinese news source Cover News reported the boy landed on the second floor before bystanders called for an ambulance. His parents and staff of the mall were also alerted

However according to China’s Cover News, the boy fell one storey and landed on the second floor. Eyewitnesses called for an ambulance and alerted the police.

The boy’s parents and staff of the shopping mall were also informed. They rushed to the scene.

The boy was taken to the hospital and treated at the intensive care units, the Cover News report said.