The owner of London’s Sherlock Holmes Museum is involved in a High Court fight with his younger brother over the £1m property the latter has called home for 25 years.

John Aidiniantz and his siblings have racked up more than £2.5m in cost and court orders in a decade-long feud over the profits from the museum at 221B Baker Street.

The family have appeared in court more than 100 times over the museum, which was the brainchild of Mr Aidiniantz, 66, and has attracted tourists from around the globe to see its ‘gas-lit world of London’s iconic detective and his Victorian surroundings’.

The feud broke out in 2012 when the relationship between John and the rest of his family ‘collapsed in a welter of bad feelings and cross-allegations’, the court heard.

Past disputes have concerned who should benefit from the millions of pounds in revenues from the museum, opened in 1989 and gift shop, with assets frozen on both sides. 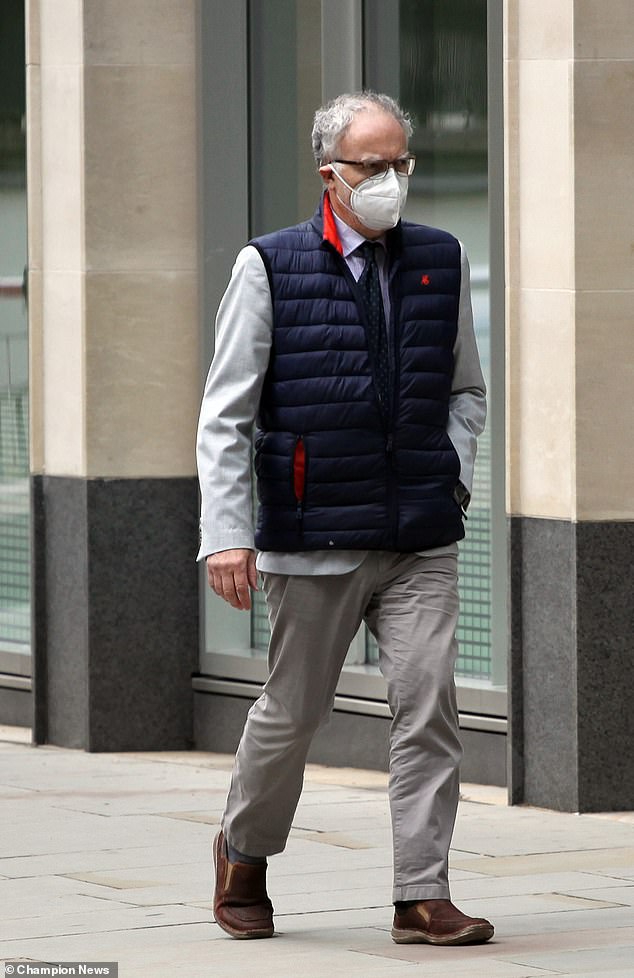 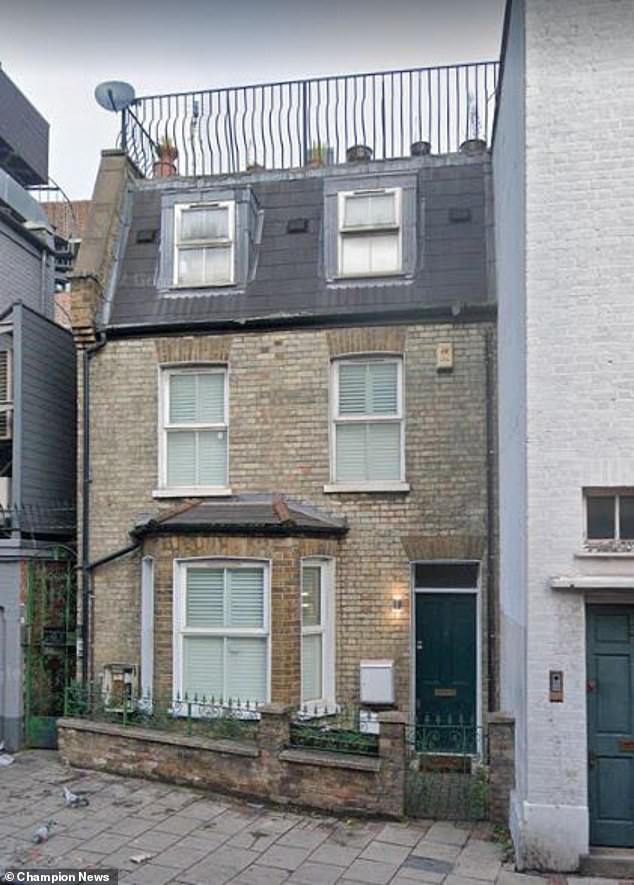 The property on Parkgate Road in Battersea, south London, was purchased in sister Linda’s name 25 years ago and was intended to be a home for their late mother, Grace Aidiniantz and vulnerable younger brother, Stephen

The feud has now reignited as Mr Aidiniantz and his company Rollerteam Ltd are fighting brother Stephen over their late mother’s former £1m home in Battersea, south London.

Mr Aidiniantz claim’s his brother has no right to live in there. However, siblings Stephen, 59, and Linda, 60, claim he cannot be forced out of the property because it was promised to him as a ‘home for life’ when it was purchased in 1997.

Mr Aidiniantz is currently the sole director of the company which owns it, Rollerteam Ltd, though other family members have been involved in its operation in the past.

Siblings John, Linda and Stephen Riley and Jenny Decoteau worked together at the famous museum for years but, for the last decade, have been locked in a bitter feud over money, property and the care of their late mother.

The property on Parkgate Road in south London was purchased in Linda’s name 25 years ago and was intended to be a home for their late mother, Grace Aidiniantz and vulnerable younger brother, Stephen.

But ever since 2012, the family has been involved in several court cases, arguing over £1.8m worth of takings from the museum, ownership and occupancy of various properties and the care of their late mother.

The feud has been described by judges who have dealt with it over the years as ‘poisonous’, ‘lamentable’ and ‘sad’ with ‘bitterness and contempt’ evident between family members.

The court previously heard that the family met at Grace and Stephen’s house in 2013 in a bid to settle their differences by signing a consent order and declaration of trust. The agreement resulted in John being appointed the sole owner of the museum company. 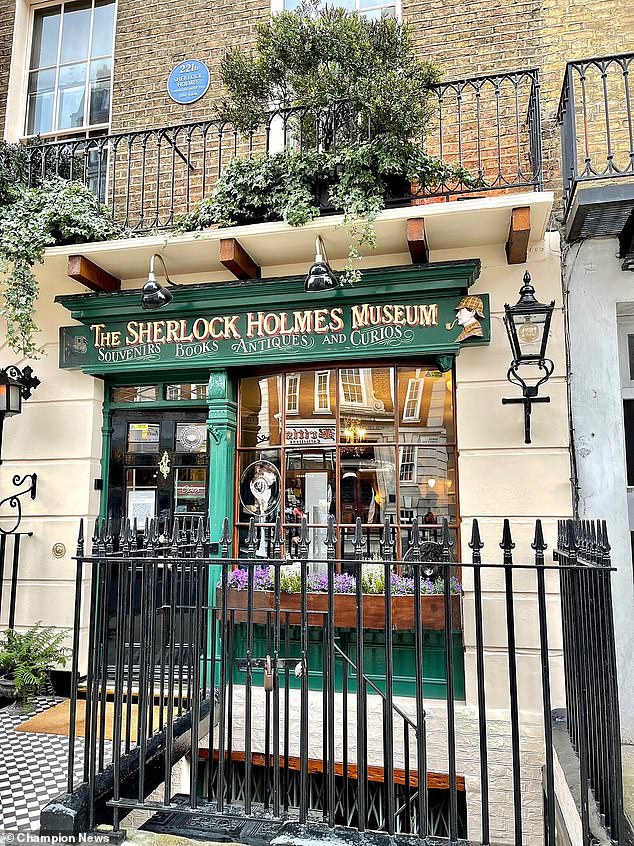 The museum was set up in 1989 close to Marylebone Station and has proved highly successful ever since, with it being described as ‘a goldmine’ in court

He promised Linda and sister Jenny, 62, they would receive £1m each while the Battersea property was put into a trust for the benefit of his company, with mother Grace and Stephen still living there.

In the latest development, Rollerteam and Mr Aidiniantz took Linda and Stephen to court once again, arguing that Stephen has no right to continue to live in the home which should be handed to Mr Aidiniantz’s company with ‘vacant possession’.

Linda, who as trustee would be responsible for the transfer, does not oppose it in principle, but argues that she cannot kick Stephen out of the property because he had been promised years ago that it was his ‘home for life’.

Stephen told the court that his brother Mr Aidiniantz and other family members had promised him repeatedly before the falling out that he would always have a home at Parkgate Road.

Cross-examining Stephen in the witness box, Stephanie Varron, for Rollerteam and Mr Aidiniantz, alleged that he had known since the settlement agreement in 2013 that he could have to move out.

‘The deal was that from April 2013 you no longer had a right to stay at Parkgate Road and that Linda would provide your accommodation in the future,’ she said to him.

‘You could stay as long as your mother was living there, but she was getting on in years.’ 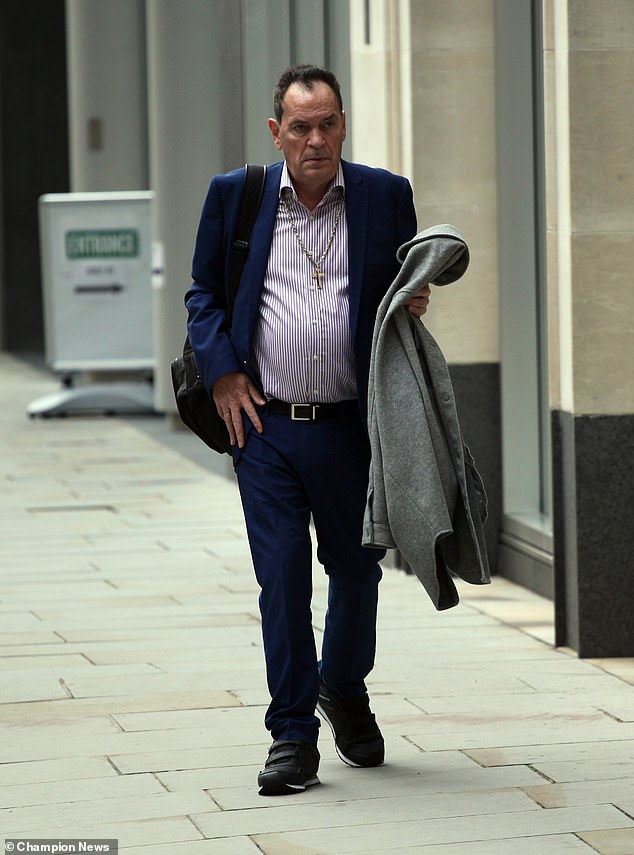 Stephen replied: ‘There was no agreement that I was only going to stay at Parkgate Road until my mum died – it would be ridiculous for me to say yes to that. I wasn’t the black sheep of the family. Jenny and Linda had got a million. I didn’t get a million because I was told I would be ‘alright for life’.’

Linda’s barrister Cheryl Jones told the court that under the terms of the agreement, Mr Aidiniantz’s company was supposed to reimburse her for mortgage payments and other outgoings on the property.

But she had not received the money she is owed, with the only payments received being ordered by judges. It’s argued that she would face ‘financial disaster’ if she was forced to sell the house at a low price given she is responsible for the mortgage.

Ms Jones told the court Linda would not be doing her duty as trustee if she evicted Stephen, due to the fact she believes he has a right to stay.

‘It’s quite clear that what was at the forefront of her mind was a concern about Stephen’s position,’ she said.

‘She believed and continues to believe that Stephen has a right to live there. That has been her focus.

‘She has sought to sort this out. She is tired. She doesn’t resist a sale and never has done in these proceedings. She fully accepts Stephen’s position will be decided by this court.

‘There is a very unpleasant undertone in these proceedings of vindictiveness, a wish to punish, and a wish to gain an advantage.’ 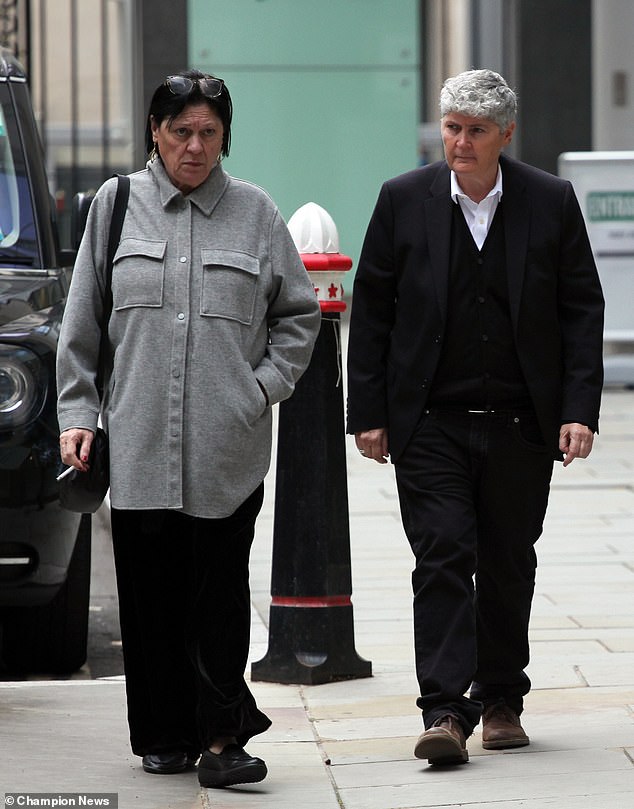 Barrister Mark Dencer, representing Stephen, claimed Mr Aidiniantz had known all along that Stephen had a right to stay at the property due to the 2013 trust, which would have required ‘very clear wording’ if it was to go back on the promise and require Stephen to be evicted.

‘What John was getting was a goldmine,’ he said. ‘It would be surprising if the deal was that Linda gets a million, Jenny gets a million and Stephen not only doesn’t get anything, but actually loses the one thing he does have, which is his home.’

The parties will have one more attempt to transfer the home with Stephen still living in it, before Deputy Master Bowles decides whether he has the right to stay or not.

The decision on whether Stephen has the right to stay will be made at a later date.

The long-running court feud has resulted in orders for payments from various members of the family totalling at least £2m.

A Court of Protection fight over Grace’s care and finances before she died ran up legal bills totalling £270,000 alone, while another case in 2015 ended up in costs orders for more than £250,000 on just one side of the row.

In 2015, judge Mr Justice Peter Jackson refused the family anonymity in the Court of Protection, pointing out that it was in the public interest for people to know how much they had by then spent on their fight.