A BOSS got a letter from a council-owned firm threatening bailiffs and court — over a mistaken 10p debt.

Events company owner Don Quinn, 69, uses the firm but had no idea what the sum was for. 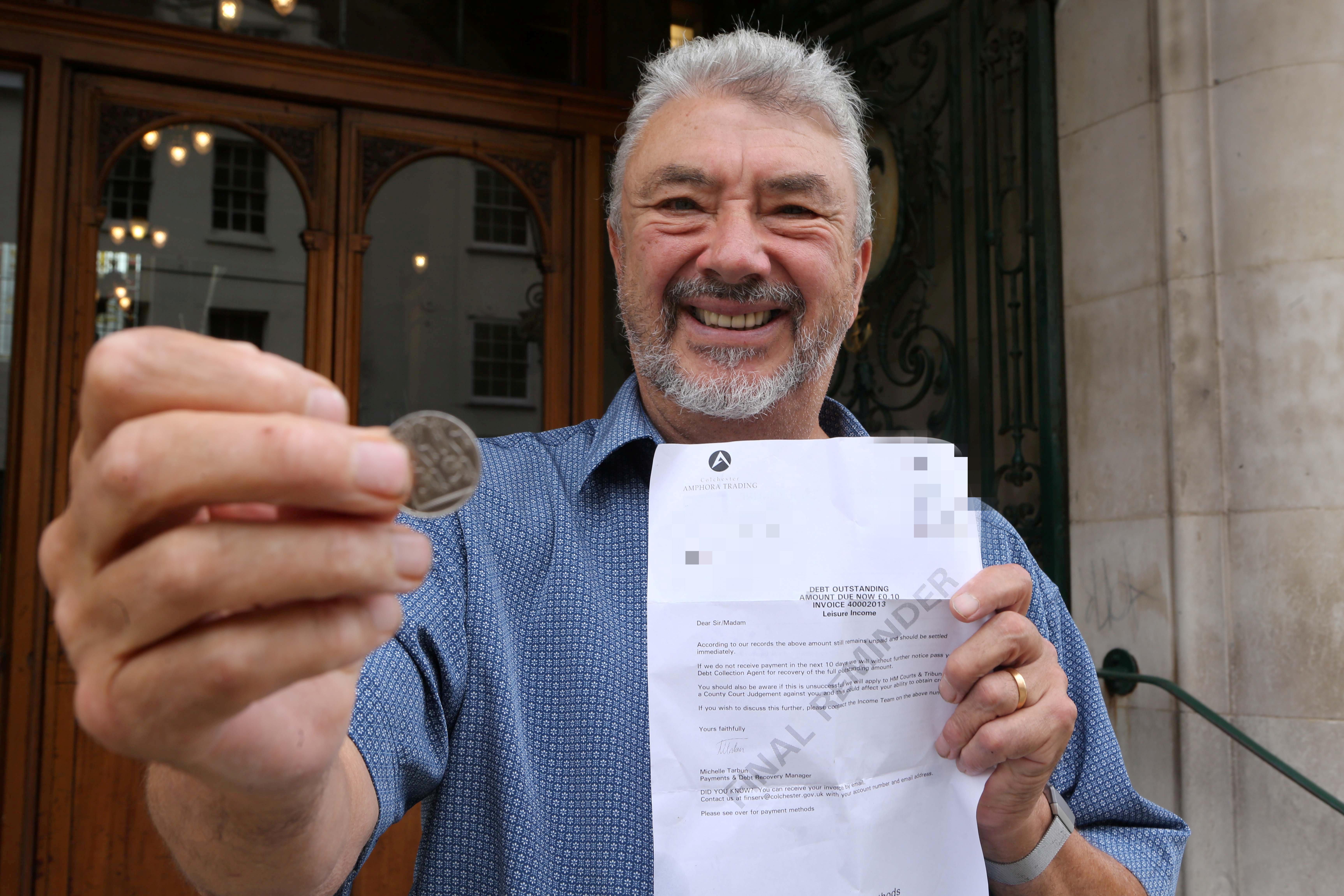 Despite doubting the debt, the honourable businessman paid to avoid "any more expense" for his company, Food and Drink Festivals UK, and the taxpayer.

The father-of-two from Colchester, Essex, said: "Out of the blue we got this massively threatening letter. I opened it and saw all the remarks about going to a tribunal.

"It was, 'We're going to send the heavies round' basically. 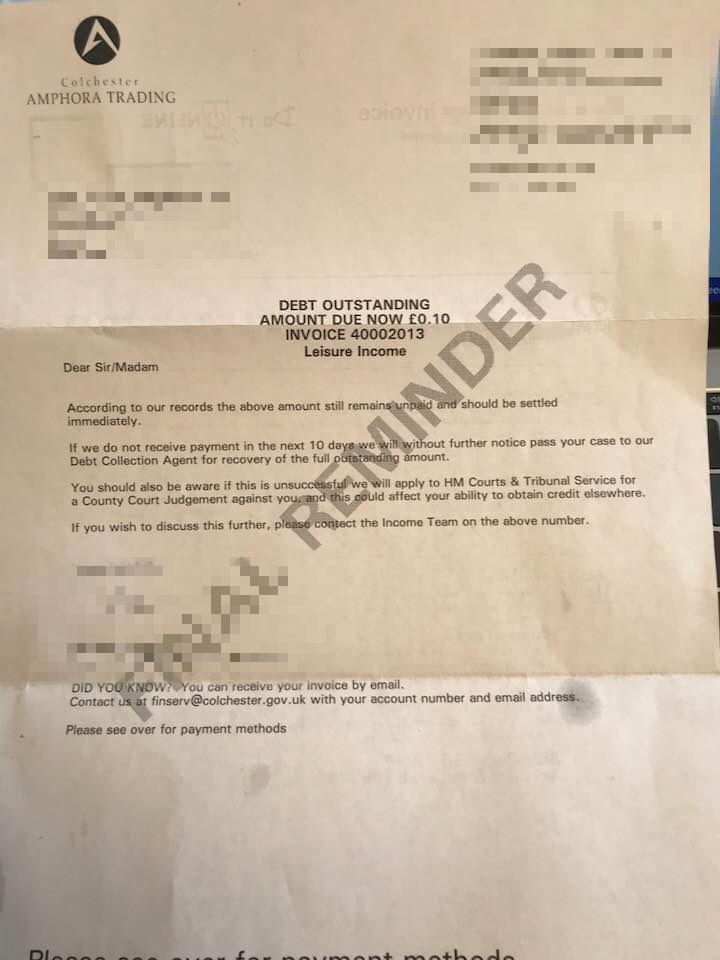 He added: "It's pretty shocking."

Mr Quinn posted the laughable letter on Facebook, where pals joked he could pay in 2p monthly instalments.

Although the grandfather said the fiasco had been "fun in some respects", he described the experience as "a bit galling".

Don said: "It's not my role to cost the council or Amphora Trading money. 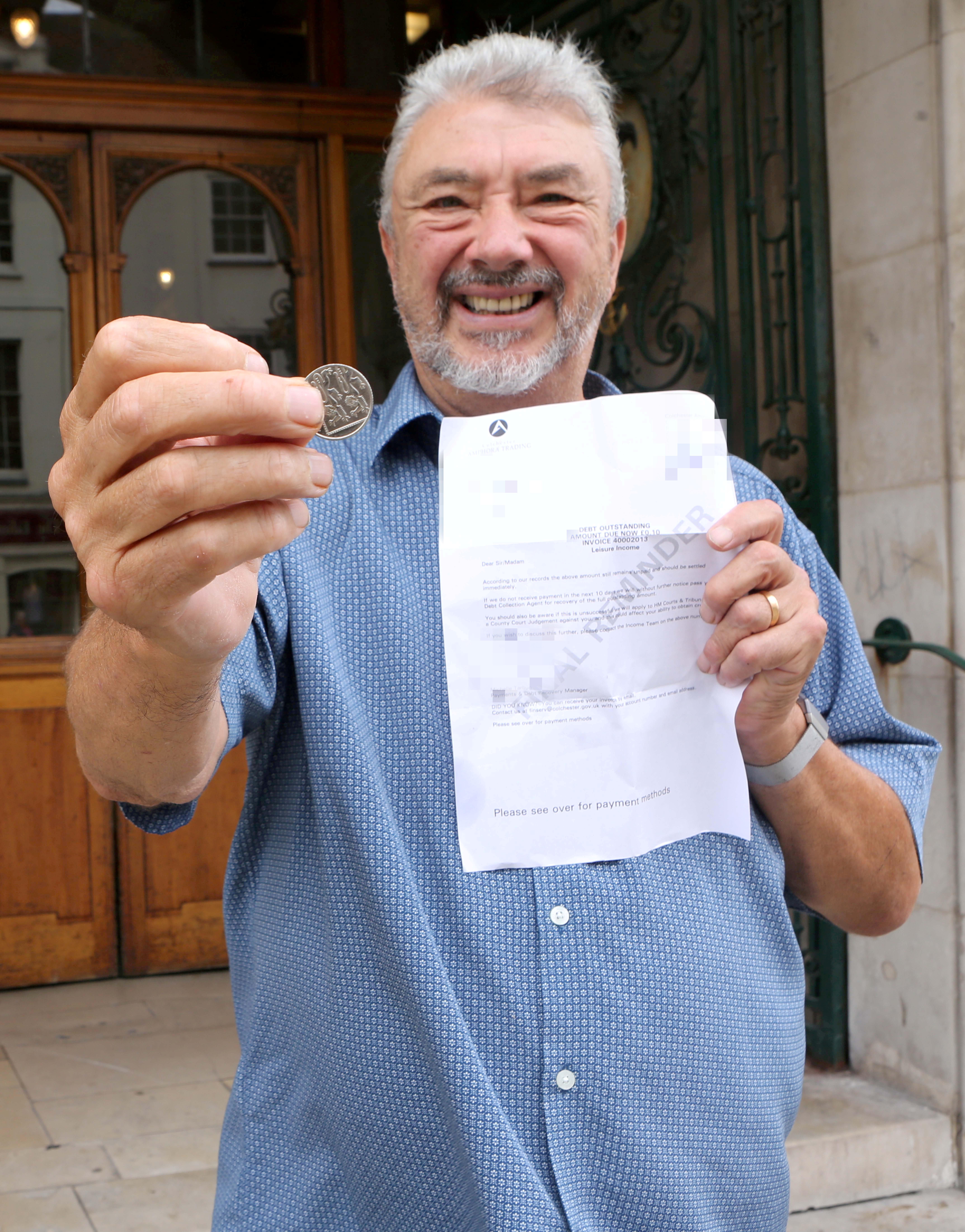 most read in uk news

"However, if I didn’t pay and they got heavies in, it would cost you and me money.”

He added: "Amphora is supposed to be a limited company but it's still acting like a borough council.”

Amphora Trading Ltd, which is owned and run by Colchester Borough Council, blamed an “admin error” and will scrap the debt.