Boris Johnson is ‘surprisingly thin-skinned’ and will be in ‘absolute hell’ after Tory MPs turned on him this week, according to an ex-girlfriend of the Prime Minister.

Petronella Wyatt, who once had a four-year affair with Mr Johnson, described the PM as having a ‘very soft core’ and acknowledged he was ‘on the ropes’ after his battering by Conservative rebels.

She even suggested Mr Johnson was in the ‘wrong job’ as PM and claimed he would be happier outside of Downing Street if he instead pursued a ‘quiet’ life of writing.

The PM survived a no confidence vote on Monday night, but saw 148 of his Tory MPs attempt to boot him out of Number 10.

Mr Johnson is fighting back and has vowed to ‘get on with the job’ as he seeks to shore up his position.

But Ms Wyatt insisted the PM would ‘absolutely not’ win the next general election, if he manages to remain as Conservative leader until the country next goes to the polls.

The 54-year-old daughter of a Labour peer was deputy editor of the Spectator when Mr Johnson was the magazine’s editor.

In 2004, Mr Johnson was sacked from the Tory front bench for lying about his affair with Ms Wyatt, which happened when he was married to his second wife Marina Wheeler. 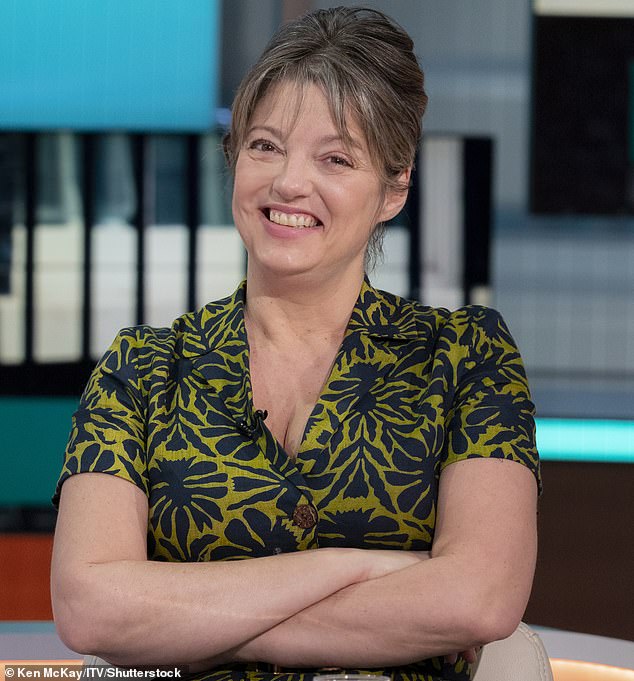 Petronella Wyatt, who once had a four-year affair with Boris Johnson, described the PM as having a ‘very soft core’ 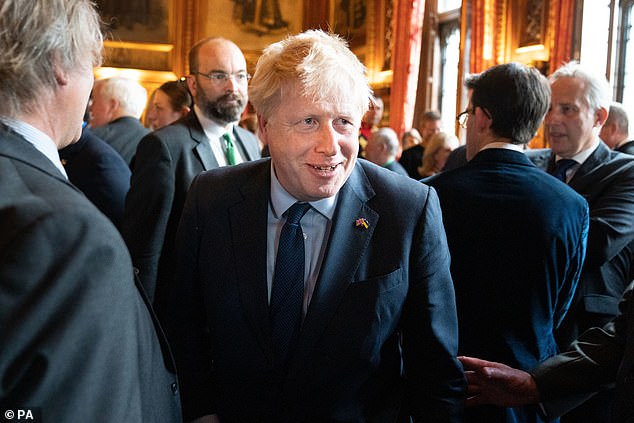 The PM survived a no confidence vote on Monday night, but saw 148 of his Tory MPs attempt to boot him out of Number 10 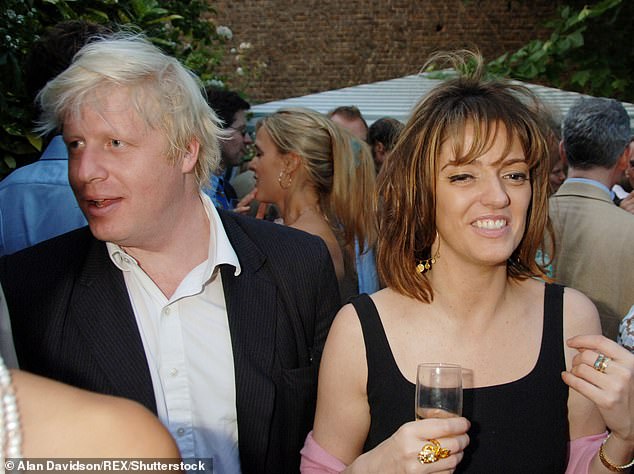 In 2004, Mr Johnson was sacked from the Tory front bench for lying about his affair with Ms Wyatt, which happened when he was married to his second wife Marina Wheeler

Appearing on ITV’s Good Morning Britain, Ms Wyatt insisted the PM would not be enjoying the current chaos engulfing him and the Conservative Party.

She said: ‘First of all, he doesn’t enjoy when people dislike him or don’t have faith in the Johnson product, and secondly he only enjoys chaos when it’s of his own making and he can control it. He can’t control this.’

Ms Wyatt described Mr Johsnon as being ‘surprisingly thin skinned, surprisingly sensitive’ and ‘easily upset by criticism or the thought that people dislike him’.

‘I think he has a very soft core – I think this will be absolute hell for him in private,’ she added.

‘I don’t think he’s just sitting down with a stiff drink and feeling “well, everything will be alright, I’ll tough it out”.

‘He’s a bit of an enigma. I think people have the wrong impression of him – they think he’s a hard shell and a hard man when he’s surprisingly vulnerable.’

Ms Wyatt claimed that Mr Johnson’s instincts were ‘basically decent’ but was ‘his own worst enemy’ due to being ‘very much a people pleaser’.

She suggested this led to ‘all sorts of problems in Government, because he makes promises he can’t keep, he makes enemies of MPs’.

‘While you can do that sort of thing in your personal life, it catches up with you in politics,’ she added.

The PM has faced furious allegations that he lied to MPs over the Partygate scandal by previously insisting that Covid rules were followed at all times in Downing Street during the pandemic.

Claims that Mr Johnson deliberately misled Parliament will soon be investigated by the House of Commons’ Privileges Committee.

And while Ms Wyatt suggested the PM never ‘intends’ to tell mistruths, she added: ‘I think he lies to get out of difficult situations at work.’

‘He hates confrontation. He hates rows. He doesn’t like telling people anything unpleasant,’ she said.

‘I don’t believe he ever sacked anyone [while at the Spectator]… I’m sure if anyone was sacked somebody else would have to do it.

‘In politics you have to be more grown up about it and you have to grit your teeth in the way Margaret Thatcher did, and John Major, [Tony] Blair and even Theresa May.

‘His qualities are very endearing but they’re not necessarily the qualities of a great Prime Minister.’

Ms Wyatt claimed Mr Johnson was in the ‘wrong job’ as PM because ‘the qualities that made him a very good journalist, and also a TV personality, are not the qualities you need in a Prime Minister, because it’s a hard slog and he never liked detail’.

‘The other thing is, I wouldn’t say he was lazy, but being PM does involve a 14-hour day, which isn’t really him,’ she said.

‘He gets bored with things quite quickly as well.’

Ms Wyatt claimed that Mr Johnson was now viewed as a ‘liability’ among Tory MPs, who are ‘absolutely terrified’ of losing their seats at the next election.

Asked if the PM might actually be happier if he is forced out of Downing Street by disgruntled MPs, she replied: ‘In the long run yes, but in the short run no.

‘In the long run I think so because his forte is in writing and the media. His life will quieten down. He won’t see it like that for a long time.’

Prior to entering Number 10, Mr Johnson signed a £500,000 deal to write a biography of Shakespeare.

At the time, the book was said to be due for publication to mark the 400th anniversary of Shakespeare’s death in 2016.

In April 2019, before Mr Johnson became prime minister, publisher Hodder & Stoughton said the still-to-be-completed book would be published in April 2020.

But, later in 2019, on the day Mr Johnson became PM, the publisher admitted it had no plans to publish “Shakespeare: The Riddle of Genius” for the “foreseeable future”.

Mr Johnson regularly receives royalties from Hodder & Stoughton and other publishers for books he has previously written, which include a biography of Winston Churchill.