BORIS Johnson's NHS, police and crime spending spree has seen the Tories storm ahead of the Brexit Party since he came into No10.

Since he came into No10 the Tories have seen a huge Boris bounce as voters flock back from other parties. 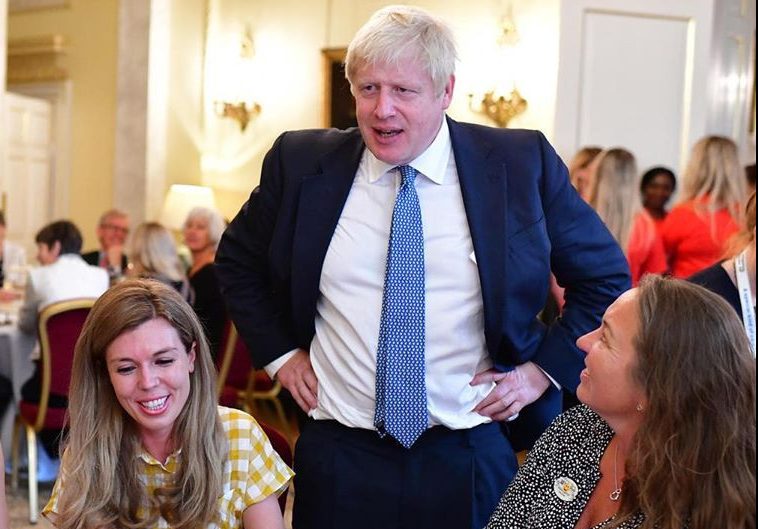 And new polling shows the trend is continuing, with the PM only a few seats short of a majority in Parliament, according to projections.

ComRes polling for the Daily Telegraph showed that the Tories are on 31 per cent, with the Brexit Party trailing behind in 16 per cent beside the Lib Dems.

Labour are behind on 27 per cent.

Among Leave voters Boris' party leads with 46 per cent of the vote.

If a general election were held on the same day, the Tories would come out as the largest party but would fail to win a majority, research by Electoral Calculus showed.

Boris would be five seats short at the moment with just 321 seats, it predicted.

The poll also showed that a majority of Brits backed a nuclear option to suspend Parliament to get Brexit done too.

It comes on the same day as a Remainer challenge to try and prevent the PM from proroguing Parliament got the green light to go ahead in just three weeks time.

ComRes Chief Andrew Hawkins said: "This is confirmation that the 'Boris Bounce' is real and shows no signs of disappearing despite the Parliamentary break.

"His support has been boosted by him outperforming expectations, including among a third of Labour and Lib Dem voters.

"It will not be lost on Jeremy Corbyn as he contemplates calling a vote of no confidence, that Boris could win an election with barely a third of the vote because support is so fragmented."

54 per cent of those polled said he was outperforming expectations since he got into office.

The news comes just days after a poll revealed the Tories have regained their place as the favourite party of Sun readers.

The Conservatives’ popularity has doubled since Boris Johnson was made PM last month as voters switch back from the Brexit Party.

The poll of 850 Sun readers found 31 per cent plan to vote Tory, compared to just 13 per cent in June.

Nigel Farage’s Brexit Party, which was second with 25 per cent, has slipped back to 22 per cent.

Since he stepped foot in No10 he's been blitzing the domestic policy front, promising more funds for the NHS, police, and a crackdown on crime.

Today he's visiting a jail in Yorkshire to launch his fresh drive to tackle mobiles and drugs in prisons. 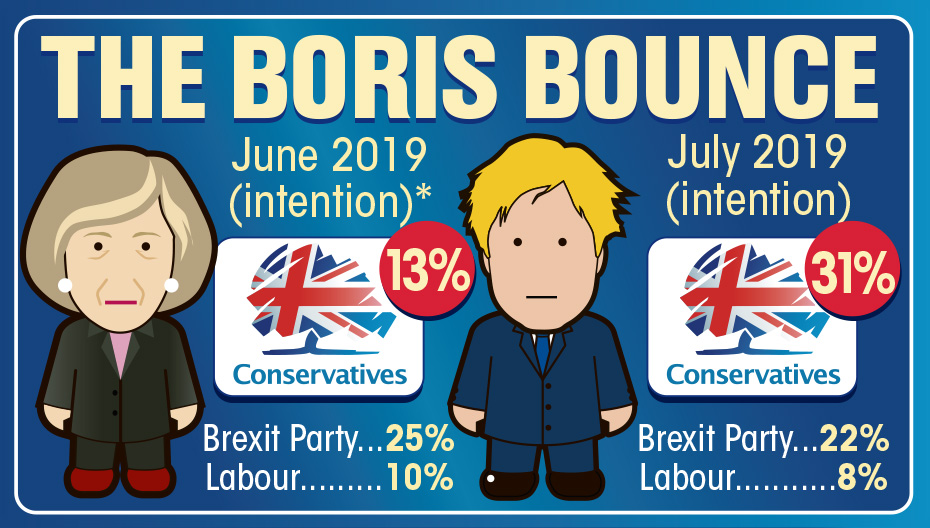 He'll step up to the international front next week when he attends his first G7 summit with President Trump and other world leaders.

So far he's refused to negotiate on Brexit unless the EU say they will drop the hated Northern Irish backstop, which MPs think will trap them in the bloc for years to come.

He's staked his whole premiership on taking Britain out by October 31 no matter what happens.