Mr Johnson said he would support the Prime Minister when she faces a vote of no confidence tomorrow. 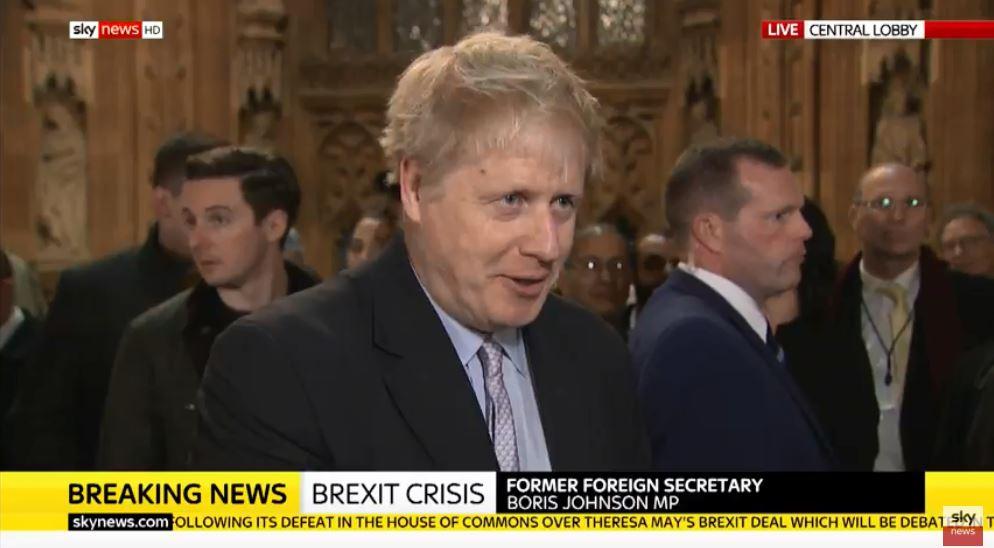 The arch Brexiteer told Sky News: “I will certainly vote for her and for the Conservative government tomorrow in the division lobbies because one thing I do not want is Jeremy Corbyn taking over as our Prime Minister.”

He added that no-deal was "not at all" off the table, saying: "We should not only be keeping the good bits of the deal, getting rid of the backstop, but we should also be actively preparing for no-deal with ever more enthusiasm."

Boris reminded MPs they have a duty to deliver the will of the British people.

He said: "Parliament entrusted the people with this decision about their destiny. Parliament said in 2015 'folks do you wanna be in the EU or not'.

"They said emphatically by a margin of more than a million they wanted to leave. We have to deliver on that."

The crushing defeat – which saw 118 Tories turn against their leader – was the biggest Government defeat in British political history.

Tomorrow afternoon Parliament will vote on whether or not to kick the Government out of power – which would trigger a General Election likely to take place just weeks before Brexit.

Mrs May is likely to win tomorrow's confidence vote after the 10 DUP MPs who prop up her wafer-thin majority confirmed they will continue to back her despite opposing her Brexit strategy.

Speaking in the minutes after her historic defeat, the PM said she was happy to fight against an attempt to unseat her – in a bid to wrest the initiative back from Jeremy Corbyn.

And she urged MPs to explain what they want to happen next with Brexit rather than just sniping at her policy.

She told the Commons: "We need to confirm whether this Government still enjoys the confidence of the house.

"I believe that it does, but given the scale and importance of tonight’s vote it is right that others have the chance to test that question if they wish to do so." 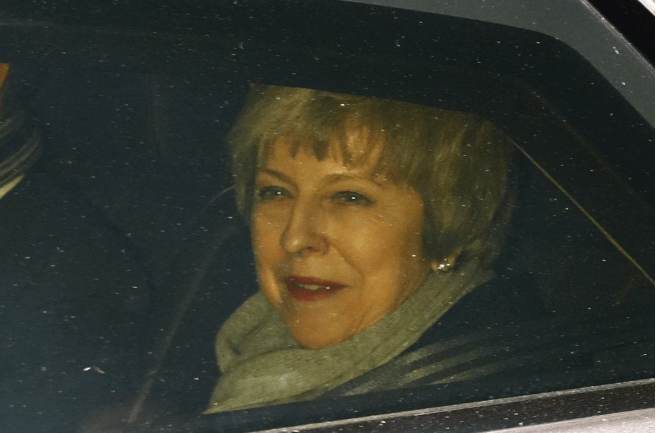