The body of a co-pilot who got off an aircraft mid-flight during an emergency landing near Raleigh, North Carolina, has been recovered, police said.

The co-pilot, identified as Charles Hew Crooks, 23, was not wearing a parachute, Wake County emergency management spokesperson Darshan Patel said at a Friday evening news conference. Authorities believe Crooks either jumped or fell out of the plane.

Crooks and a pilot were onboard a twin-engine CASA CN-212 Aviocar when it took off Friday. The plane landed in a grass area at Raleigh-Durham International Airport around 2:40 p.m., the Federal Aviation Administration said.

In a video obtained by NBC affiliate WRAL of Raleigh, the plane appears to skid off the runway and spin in a partial circle before coming to a stop. 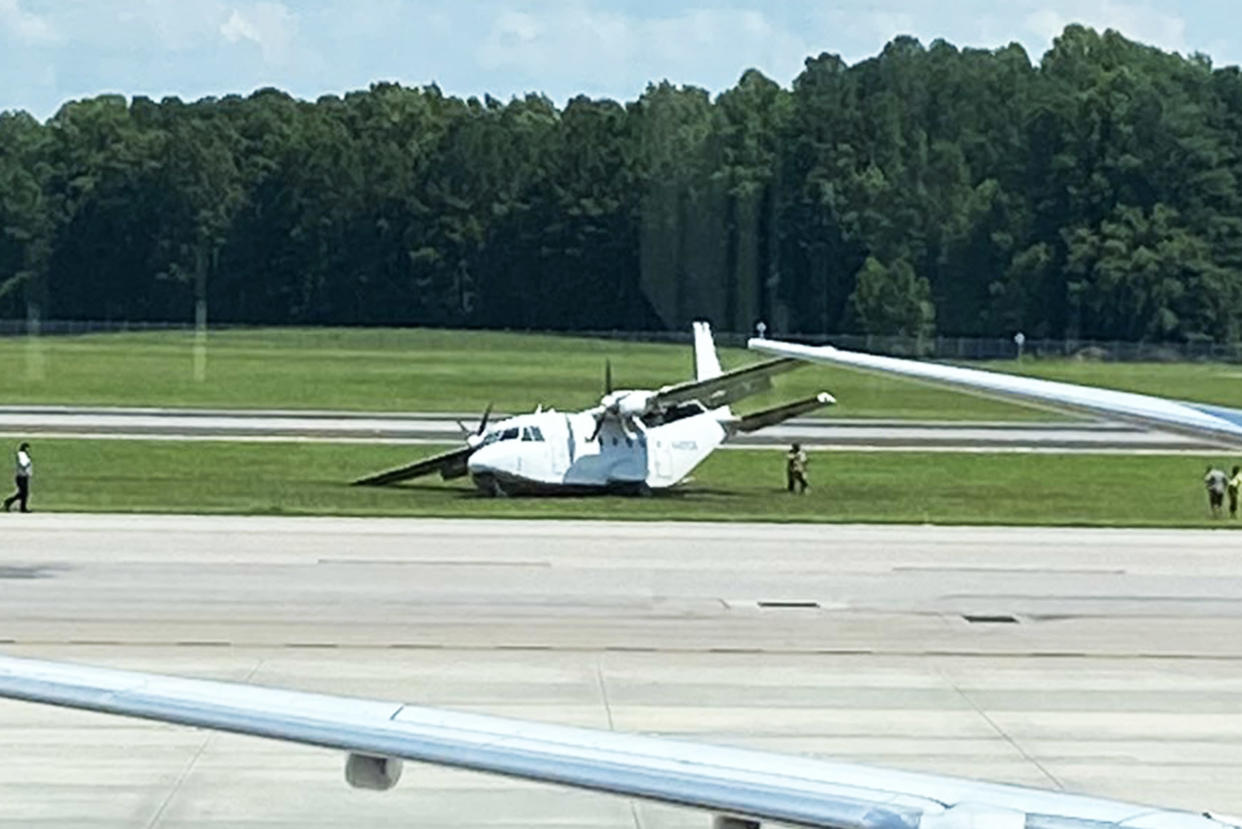 The pilot, who has not been identified, told air traffic control that there was an issue with the landing gear and asked to make an emergency landing at the airport, according to the news station. The pilot suffered minor injuries and has been released from the hospital, WRAL reported.

Multiple agencies assisted in searching for Crooks. His body was recovered in a Fuquay-Varina neighborhood just before 7 p.m. after a resident flagged down an officer, saying they heard a noise behind their property.

The FAA and National Transportation Safety Board are investigating the incident.