A CAT plummeted from a high-rise building in China – knocking out a passing dog owner whose unimpressed pet then cornered the hapless feline.

CCTV footage of the bizarre moment shows the cat landing straight on the elderly man's head before darting away in the street. 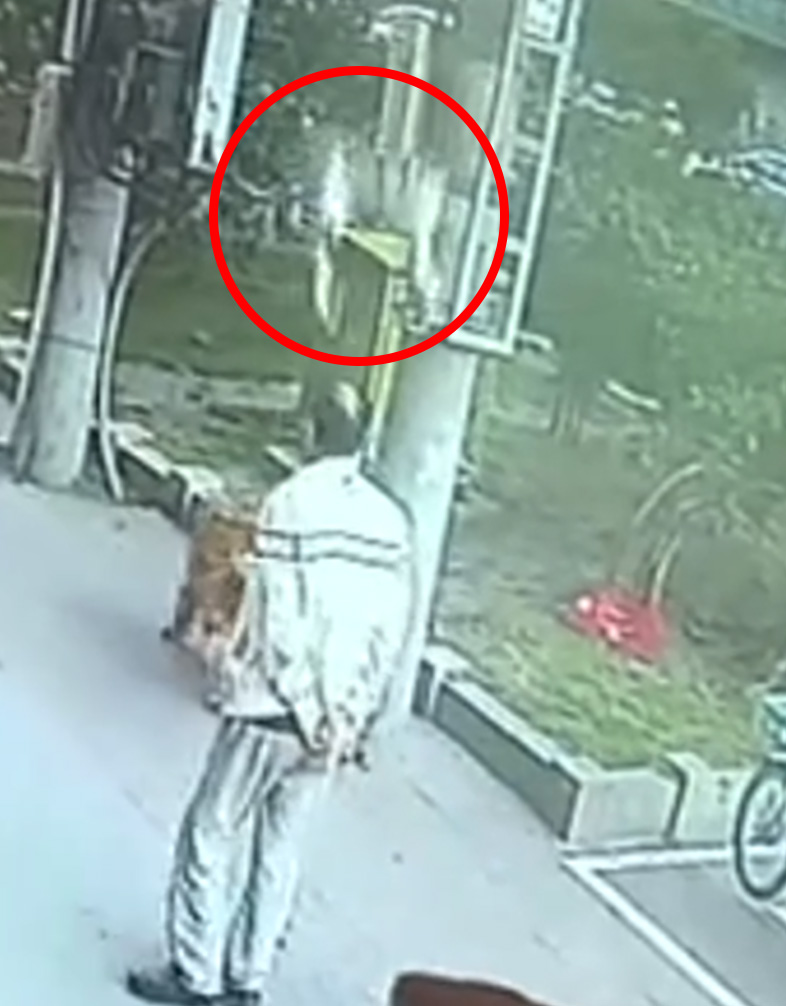 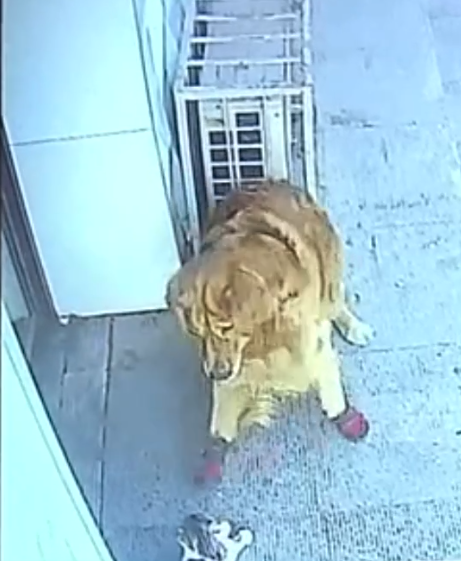 Pensioner Gao Fenghua had been taking a leisurely stroll in the city of Harbin in the north-eastern Chinese province of Heilongjiang.

His well-fed pooch, wearing protective boots on his paws, was walking slightly ahead of him along the footpath.

Surveillance video captures the cat suddenly falling onto the man, leaving him unconscious.

The cat immediately got up and – seemingly uninjured – dashed away to the safety of a nearby doorway.

Meanwhile, the man's dog eventually realises something is amiss, so wanders back to its knocked-out owner before spotting the moggie.

The chubby golden retriever then corners the cowering feline near a building. 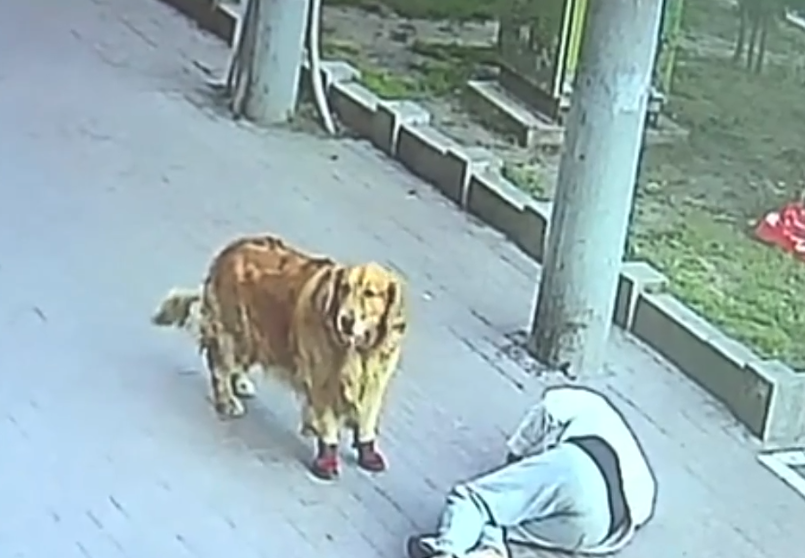 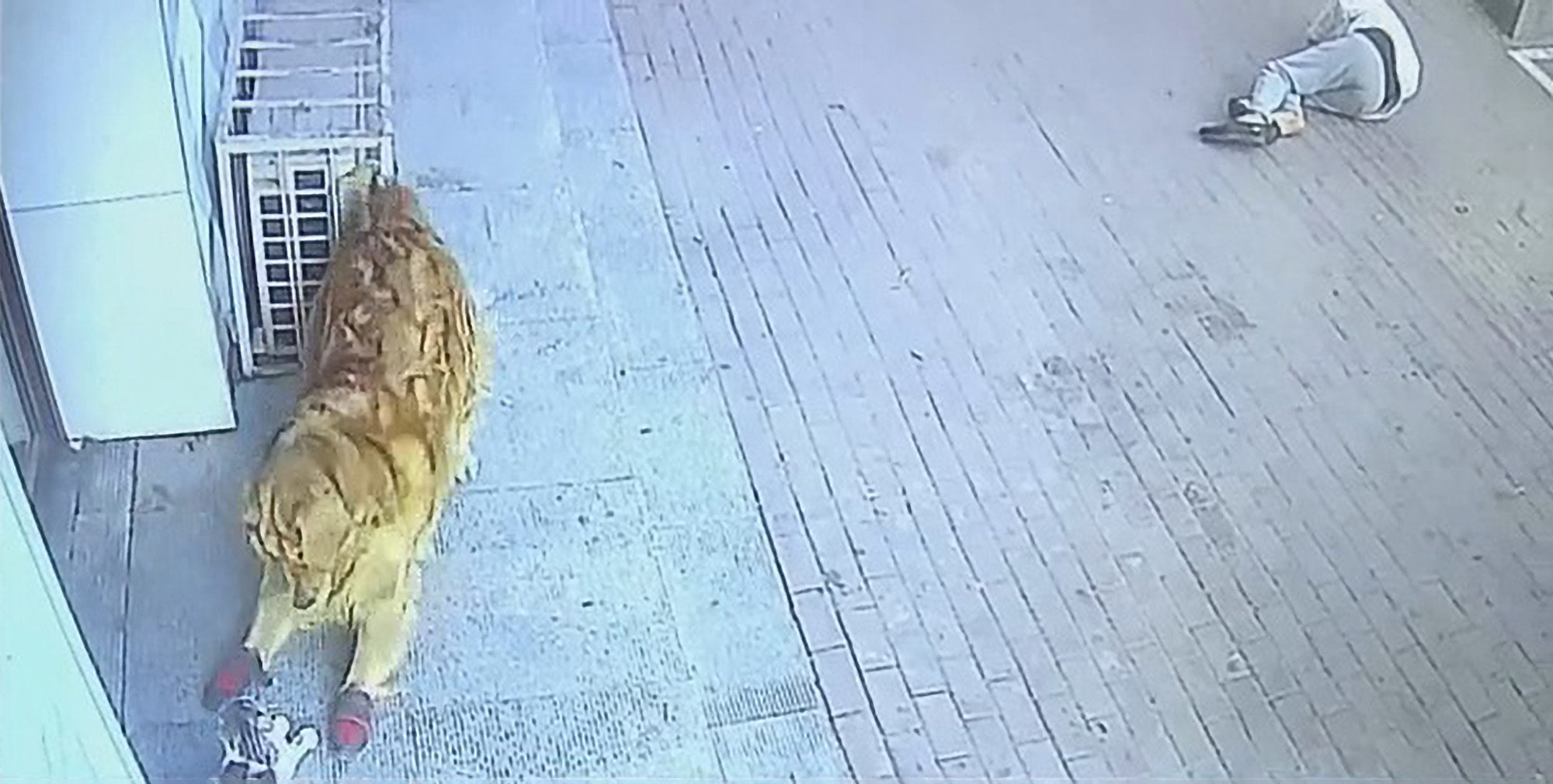 Fenghua spent 23 days in hospital before being discharged this week.

Photos show him recovering with a neck brace.

He still has to undergo physiotherapy treatment.

The cat reportedly belongs to Fenghua’s neighbour, identified as Mr. Yu, according to the victim’s son Gao Zhengzhong.

The injured man’s family members and the cat’s owner are reportedly trying to reach an agreement on compensation for the accident.

It is unclear if the authorities are involved in the discussions. 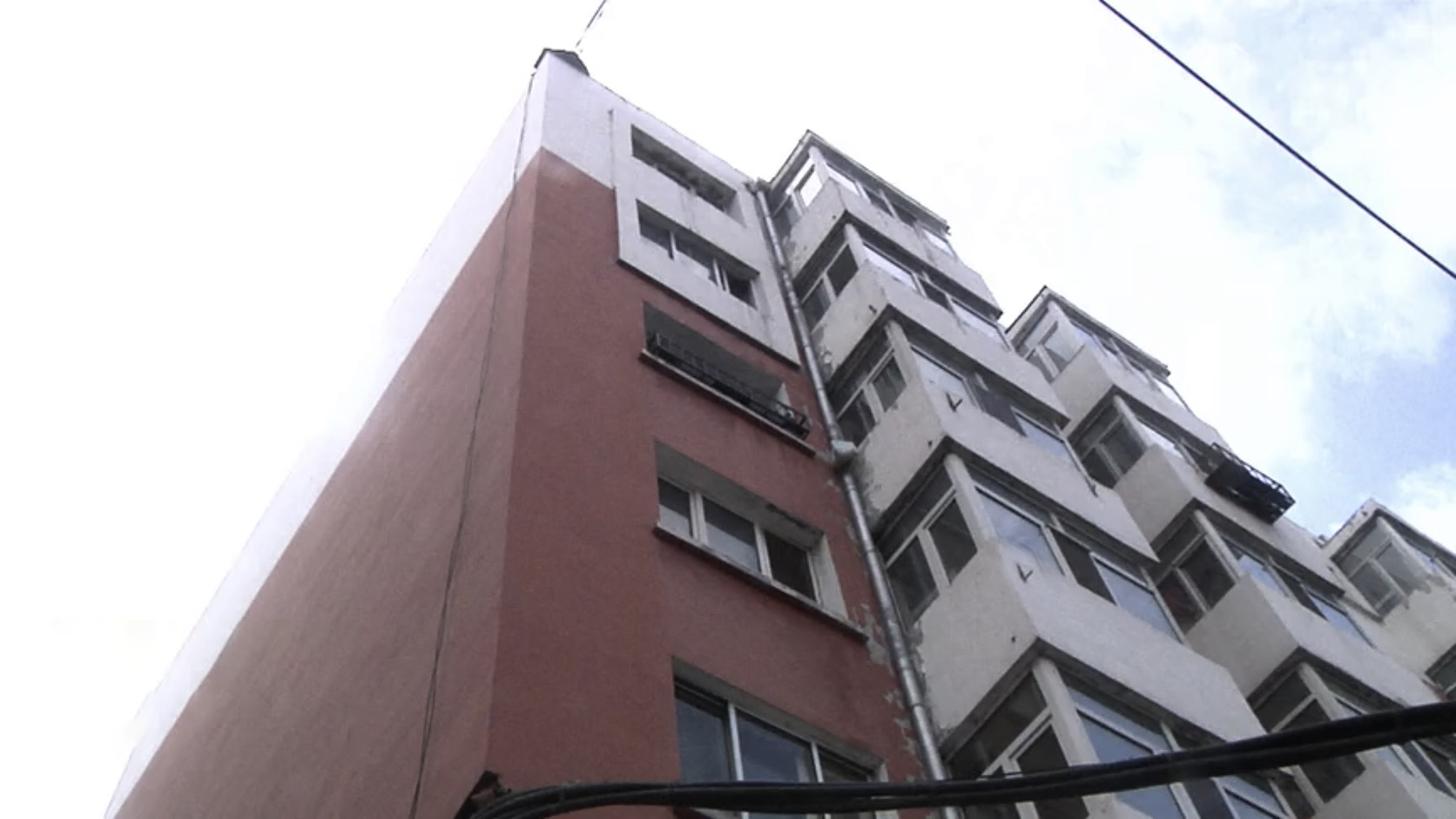 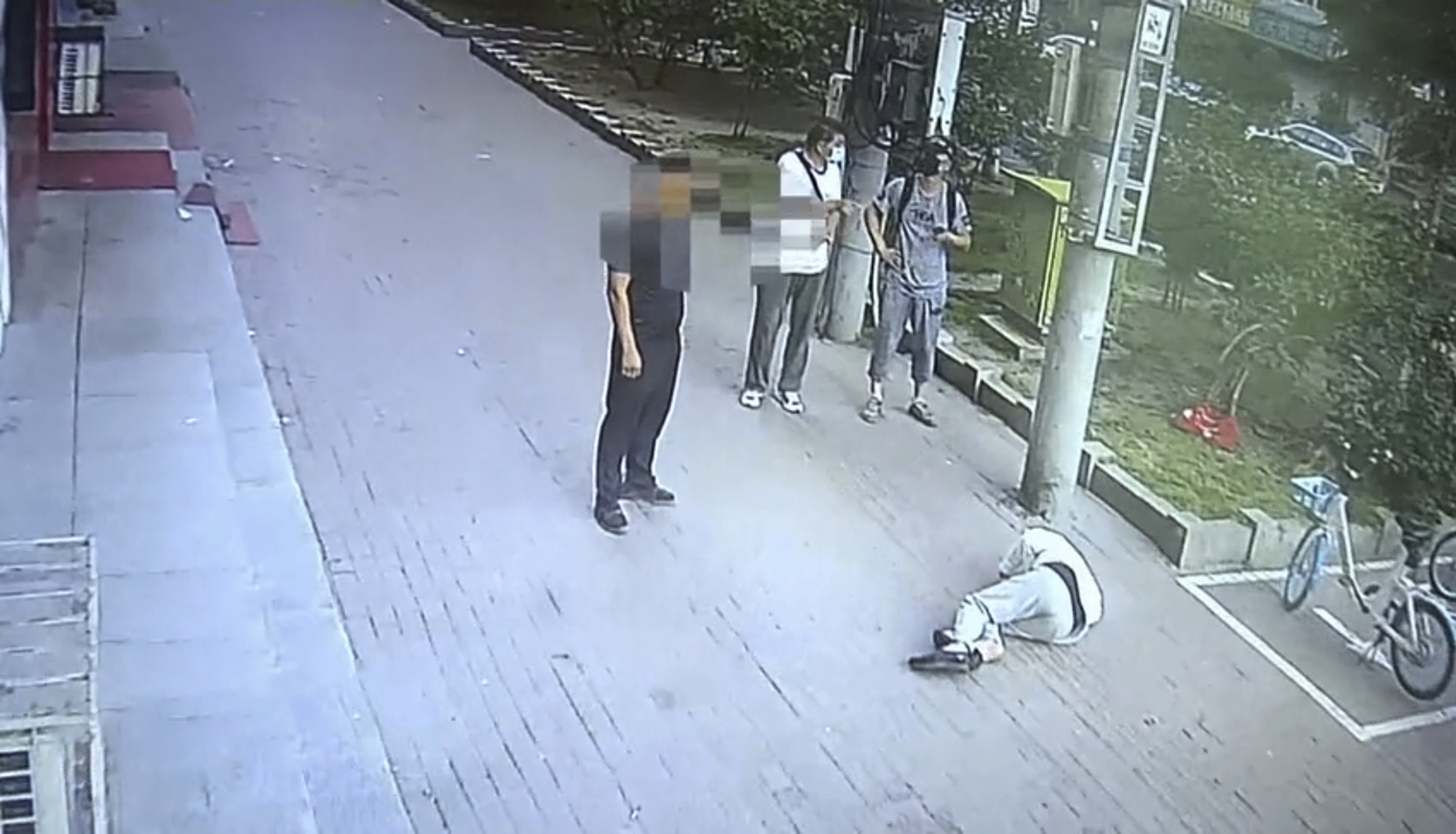 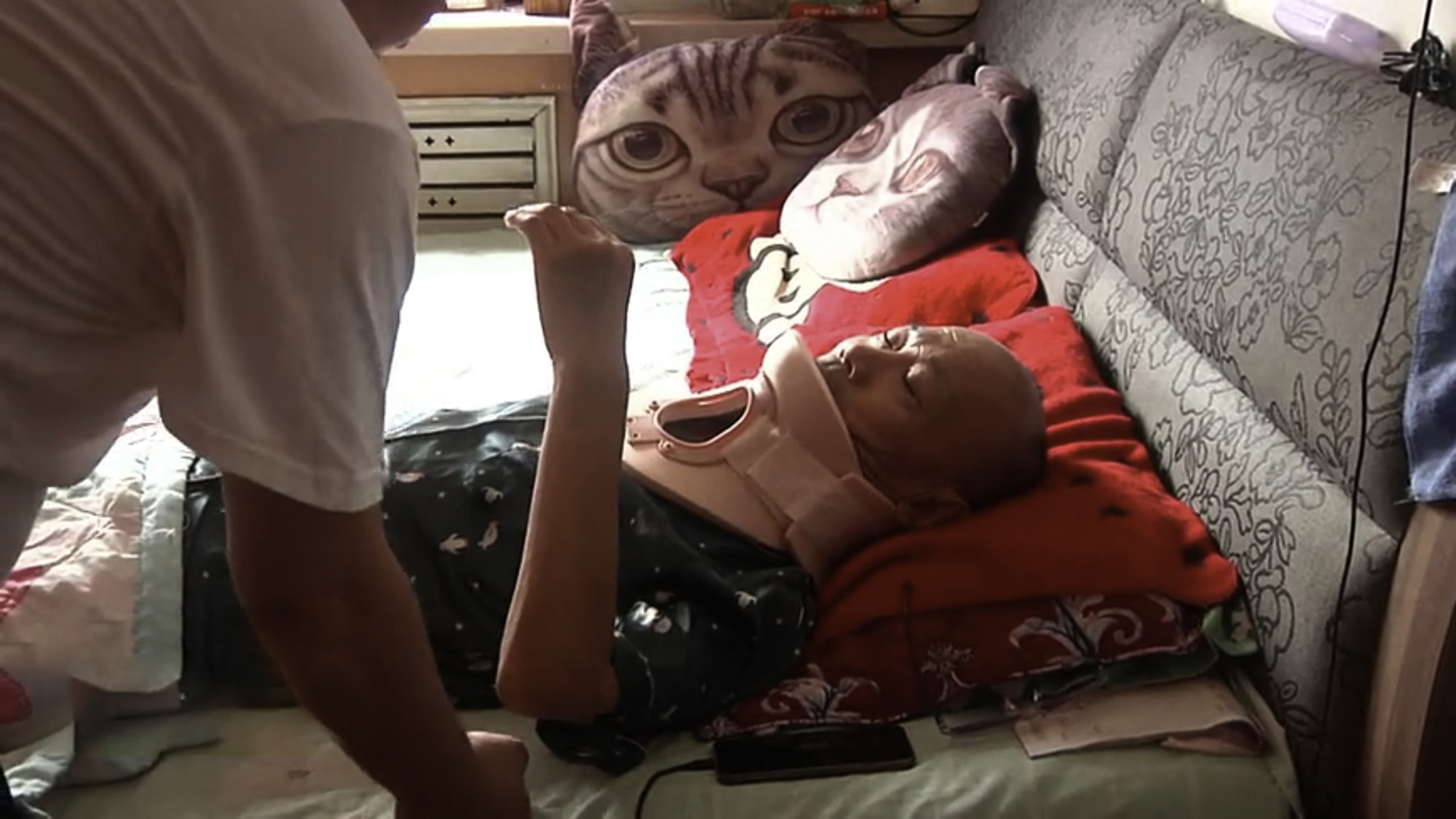