Yet his move is a major gamble, presenting both an opportunity to energize young voters and handing Republicans new lines of attack on fairness and wealth.

Biden’s announcement could have ripple effects in battleground Senate and House race across the country. It comes as Democrats, who face headwinds to hold on to power, have shown signs of outperforming early expectations after a series of legislative wins in Congress and a Supreme Court decision that overturned abortion rights.

More: ‘Debt and no degree’: Biden cancels as much as $20K in student loan debt: live updates

The White House is betting that the president’s move to cancel at least $10,000 in student loan debt to millions of borrowers, and up to $20,000 to Pell Grant recipients, will motivate young voters otherwise unenthused to vote during a non-presidential election.

But Republicans set out to frame Biden’s student debt forgiveness plan as a “handout for the rich” – one that rewards liberal college-going elites at the expense of Americans who could not afford college and others who worked hard to pay off their debts.

Although some progressives sought even more debt relief, the move delivers on one of Biden’s core campaign promises to young voters. “This allows him to go back to them and say, ‘Send us back, send me a Democratic Congress back, and we’ll get more done for you,'” said Todd Belt, professor and political management program director at George Washington University. “So I do think that will help with the lack of enthusiasm we see with Gen Z voters.”

At the same time, the plan won’t be popular with all Americans.

“The risk is there’s a very firmly entrenched view in American society that you have to you have to work for your education,” Belt said. “And people have a tendency to think that, ‘I had to pay for mine, you should have to pay for yours.'” 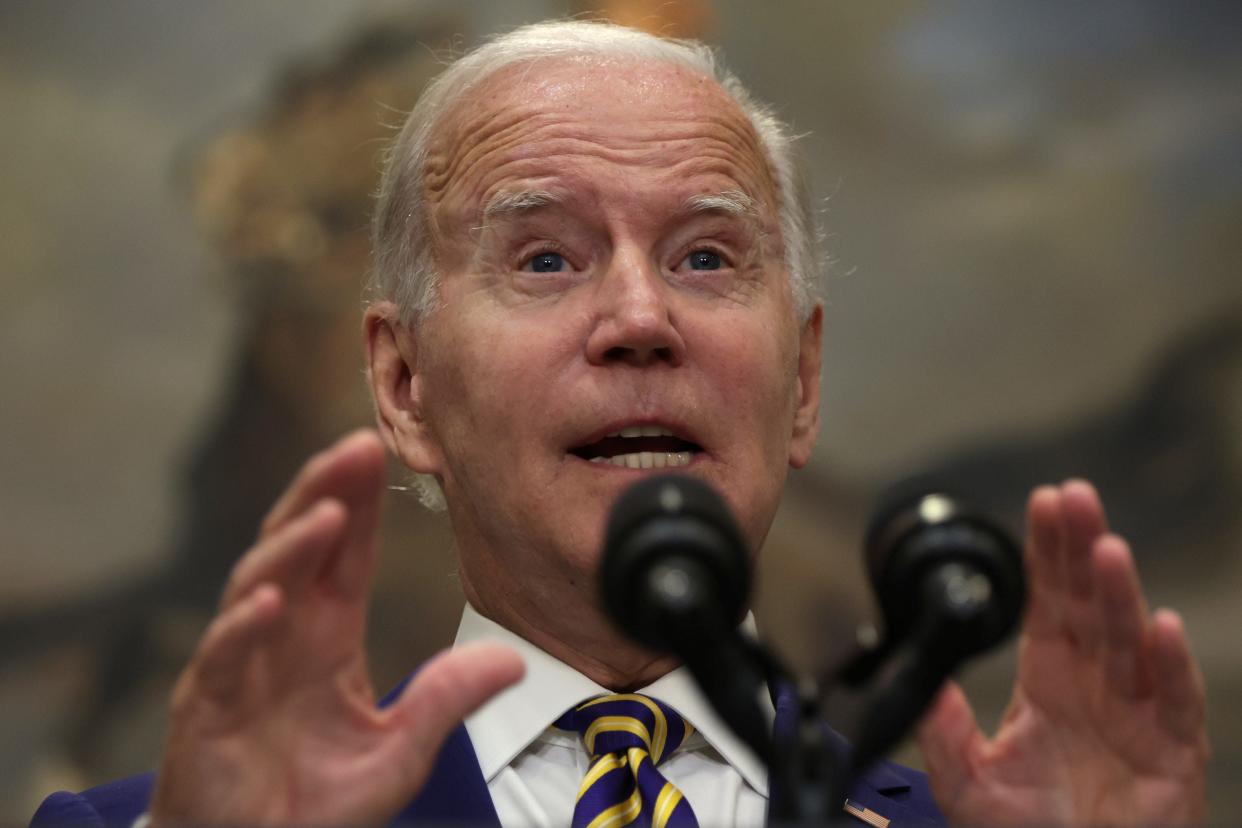 The calculus for Democrats 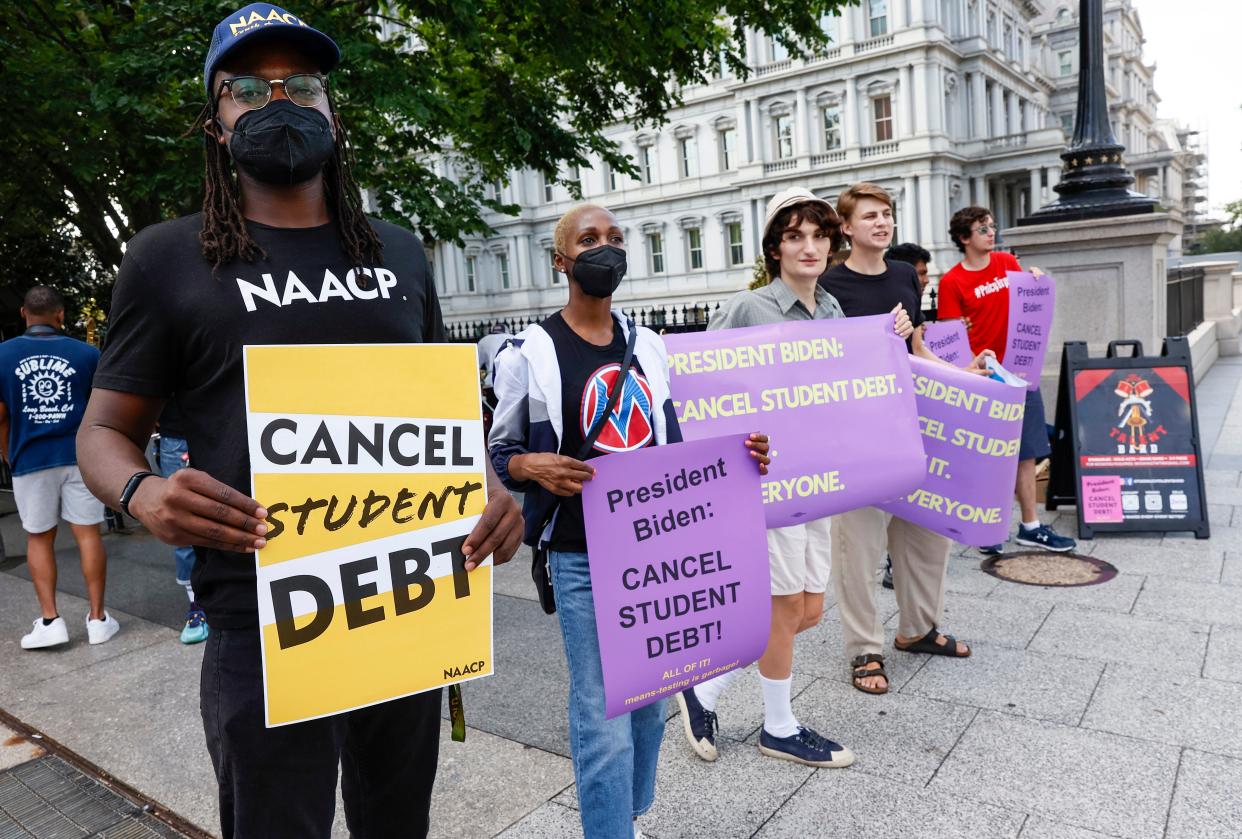 Who qualifies: Do I qualify for student loan forgiveness? What to know about Biden’s debt plan. 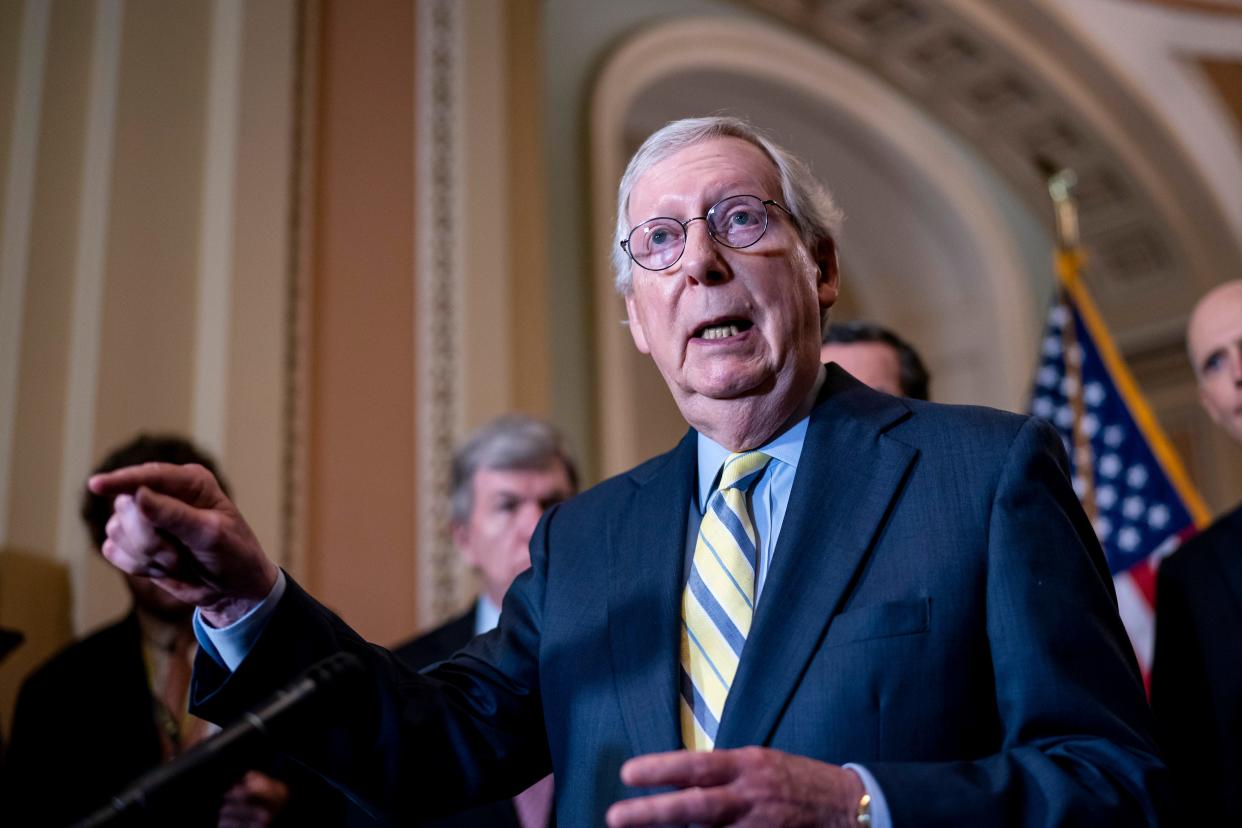 Biden, whose decision on canceling student loan debt dragged on for months, was hesitant in part because of concerns any action could further accelerate 40-year high case. Heading into the midterms, inflation and the economy remain one of Democrats’ biggest vulnerabilities despite gas prices easing the past month.

The White House dismissed inflation concerns. Officials said the restart of debt repayments to the government – after an extended moratorium ends Dec. 31 – and targeted savings for low-income Pell Grant recipients will “largely offset” each other and have a neutral or deflationary impact.

Put simply, Biden’s announcement is unprecedented in the nation’s history of student borrowing. And it’s sure to have political ramifications.

Biden and Democrats hope the boost for millions of debt-saddled Americans outweighs the pushback. But even the president, as he revealed his long-awaited decision, acknowledged the competing viewpoints.

“I understand that not everything I’m announcing today is going to make everybody happy,” Biden said, noting some say it goes too far, others not far enough. “But I believe my plan is responsible and fair. It focuses the benefit on middle-class and working families.”