A Beverly Hills, California, man was arrested Friday, accused of paying thousands of dollars in bitcoin to hire a hitman to kill a woman he briefly dated, according to reports.

The woman had repeatedly asked him to leave her alone, the U.S. Attorney’s Office for the Central District of California said.

The suspect, identified as Scott Quinn Berkett, 24, allegedly sent $13,000 in bitcoin payments between April 5 and May 5 in the suspected murder-for-hire scheme, along with another $1,000 wired to an undercover FBI agent posing as a hitman, authorities said.

Berkett allegedly found a group advertising homicidal services on the dark web last month. After he allegedly tried to set up the hit, the release said the group, which the FBI believes was a scam, called a news organization. The media outlet then contacted the FBI, giving the agency Berkett’s screenname “Ula77” and documentation of payments, an affidavit said.

“The information provided [to the dark web group] was specific about the identity and location of [his intended victim], as well as social media accounts, nicknames, email, and a distinctive tattoo” the intended victim has, the affidavit said.

Berkett and the woman met online last year and she eventually flew to visit him in California in late October. She tried to break it off with him after the trip, describing him as “sexually aggressive,” according to the release, but he allegedly continued to contact her. 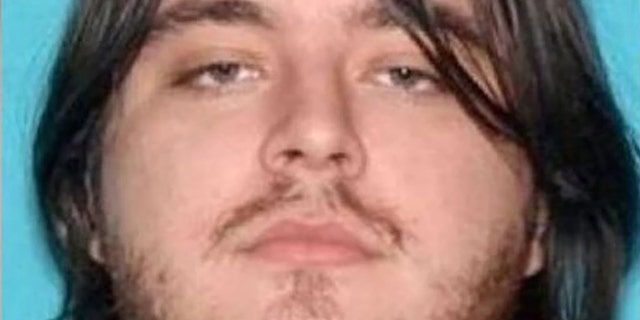 Scott Quinn Berkett, 24, is accused of sending $13,000 in bitcoin payments between April 5 and May 5 in the failed murder-for-hire scheme of a woman who broke up with him. (U.S. Attorney’s Office)

In April, one of the woman’s relatives texted Berkett’s father about the unwanted contact and Berkett responded, “consider the matter closed,” the release said.

When Berkett allegedly ordered the hit later that month on April 28, he said he wanted it to look like an” accident” or a “robbery gone wrong.”

“So long as she is dead,” he is accused of writing. “I’d also like for her phone to be retrieved and destroyed irreparably in the process.”

The undercover agent contacted Berkett a week ago, sending a photo of the woman to confirm she was the intended victim. During their discussion, Berkett allegedly demanded the agent send a photo of her body after her murder with her tattoo visible, the affidavit said, according to the release.

He allegedly wired an additional $1,000 to the undercover agent last Thursday.

He could face up to 10 years in prison if convicted.