The holiday-maker uploaded a snap of a one Euro breakfast which consisted of sausage, egg and beans. 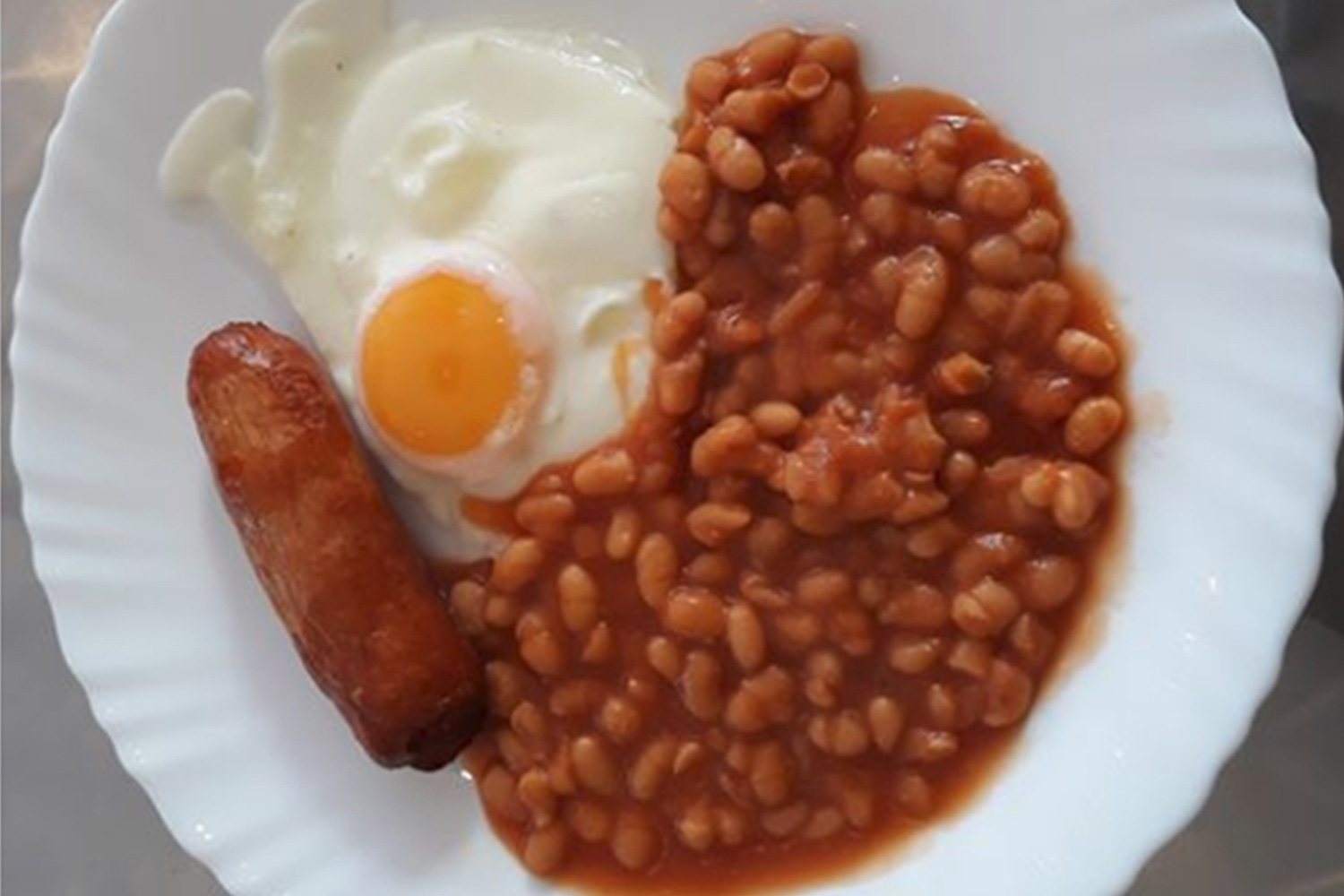 Barry Isaacs wrote on a Facebook page dedicated to the Spanish resort: “Best breakfast in town only 1 euro available between 9am and 11am at the Corner Bar opposite Flamingo Park Hotel.”

The post soon drew a large number of comments as members debated the bargain brekkie.

“Nothing wrong with your breakfast bud if it on a budget .. 1 euro result enjoy the rest of your holiday,” said one of the comments,

But one member added: “Where’s the rest of it?” while another said: “Is that a child’s portion?”

And that prompted the Corner Bar’s bosses to come out fighting in defence of the cut-price grub and share a snap of more substantial full English for just £2.99.

They wrote Facebook page Benidorm Seriously: “I everyone, just to put this into perspective.

“The breakfast you will have seen in a post this morning on Facebook, we serve for 2 hours every morning between 9-11, at a cost of €1, the current equivalent of around 87 pence.”

The bar said “we thought for €1 it looked decent by the way” adding "we feel that some people are here on a budget, others are just not as big eaters, ideal for kids etc; the point being it is an option."

“I could sit here and post pictures of all the other breakfast options we serve but I won’t bother.

The bar also took issue with those who had criticised the 87p breakfast.

“Some of the comments I read were pretty sad,” it said.

“We serve between 80-120 breakfasts a day on average, it is totally up to each person if they wish to visit us, we have a great reputation here of serving good quality British food, at good value prices.

“Thanks Barry Isaacs for the post by the way, glad you enjoyed it.” 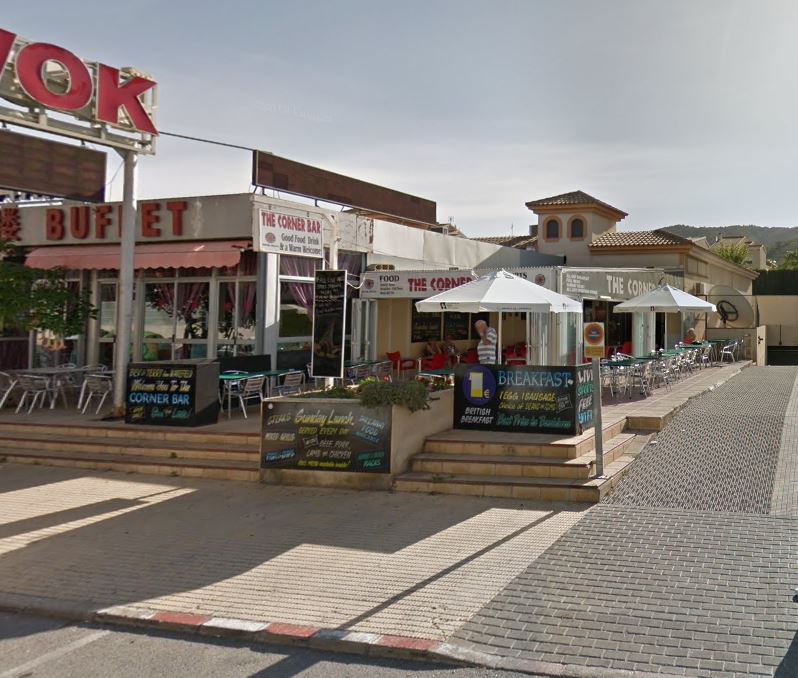 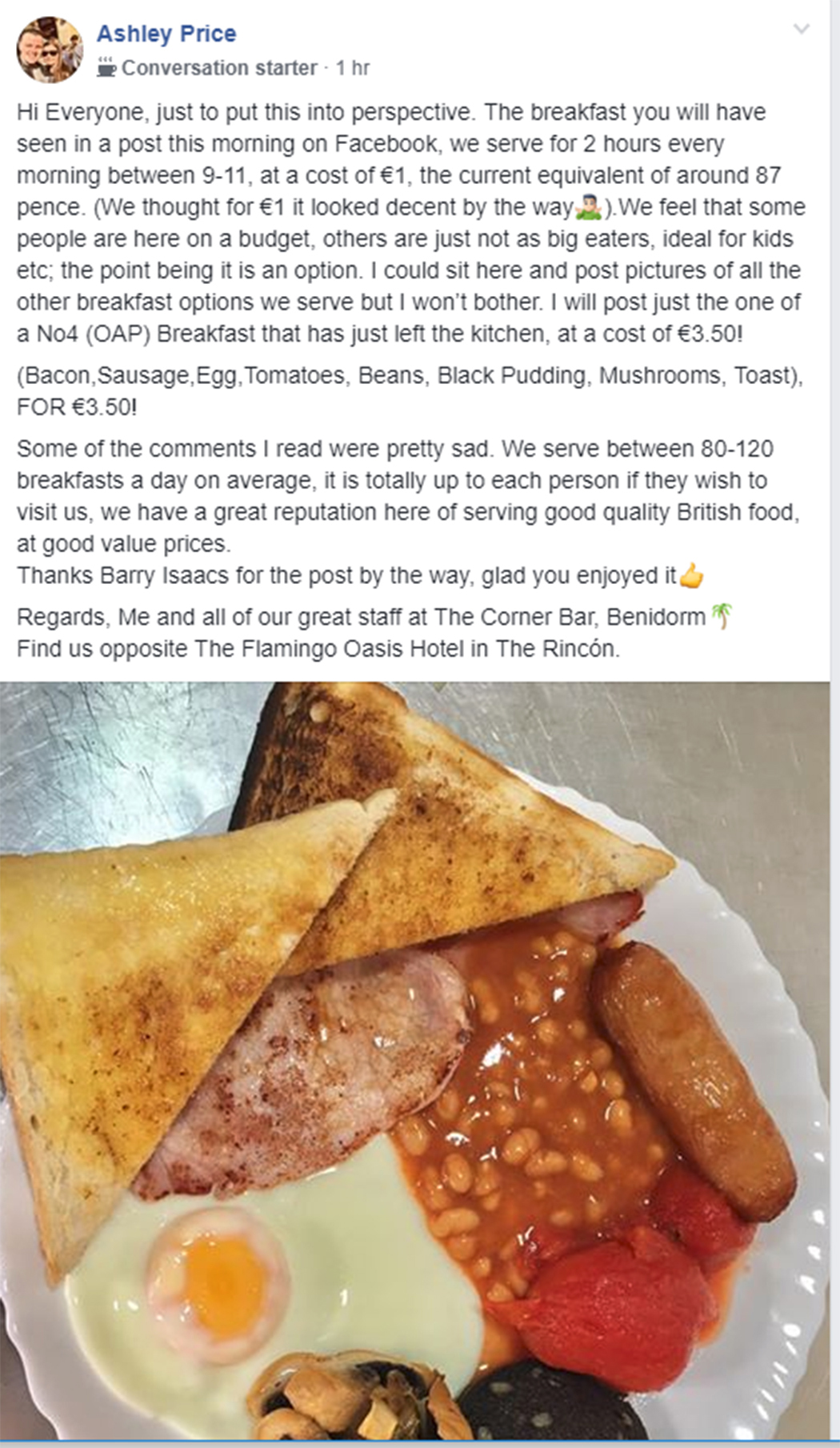