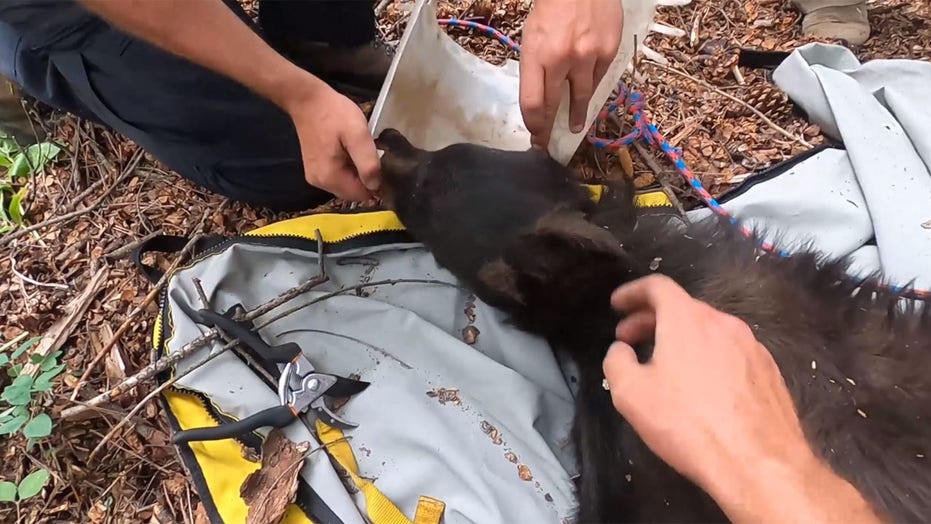 For more than a week, locals in Colorado reported seeing a bear on the loose with a bucket stuck to its head. Fortunately, wildlife officials were finally able to catch the animal and remove the item. 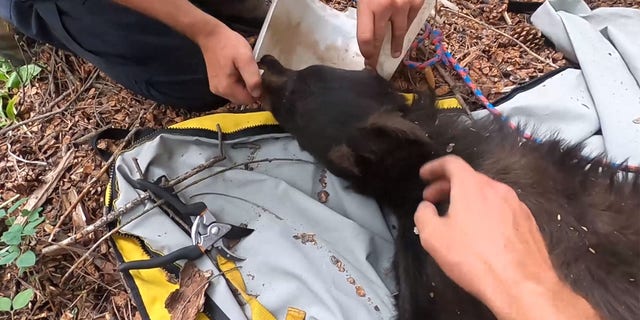 The bear was spotted multiple times near Boulder, according to a Facebook post from the Colorado Parks and Wildlife. Local officials were finally able to capture the bear, subdue it and remove the bucket (which turned out to be a chicken feeder).

According to The Denver Channel, the men spotted the bear while working on a cabin in the woods near the Foothills. When they spotted the bear, they contacted Colorado Parks and Wildlife. While waiting for officers to arrive, they decided to see what they could do to keep the bear from running off.

Sherman told the news outlet, “Well, Drew said he wanted to tackle it, and I said, ‘I don’t know if I want a part of that,’ so we kind of chased it up the tree.”

Fortunately, the men came up with another plan that didn’t involve physically restraining a bear.

McConaughy explained, “As she started going up the tree, we realized that was probably the best-case scenario, and we just encouraged that. So, once she was up there, we just did everything we could to keep her up there until the professionals arrived.”