The angry beast grabbed her outstretched hand as she fed the wild animal through the bars of its cramped cage. 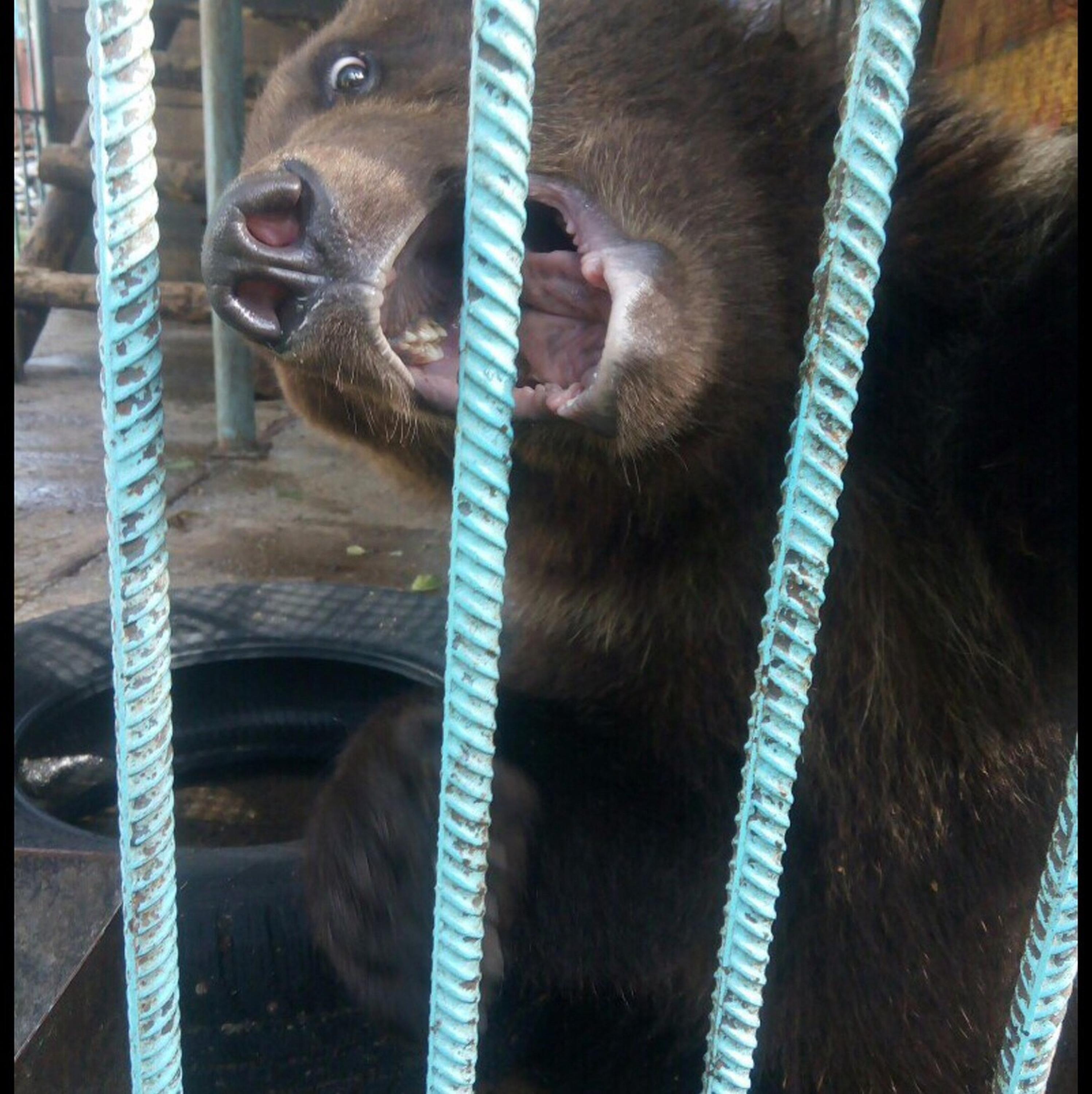 The bear wrenched off her arm during a Christmas party at an Aidashki guest house in Krasnoyarsk region of Russia.

The unnamed 53-year-old woman is now in intensive care in a “grave” condition following the attack in the city of Achinsk.

She suffered huge blood loss and underwent emergency surgery on the stump of her arm.

The wild animal is kept caged as entertainment for visitors to a guest house – where it cannot hibernate in winter or roam free. 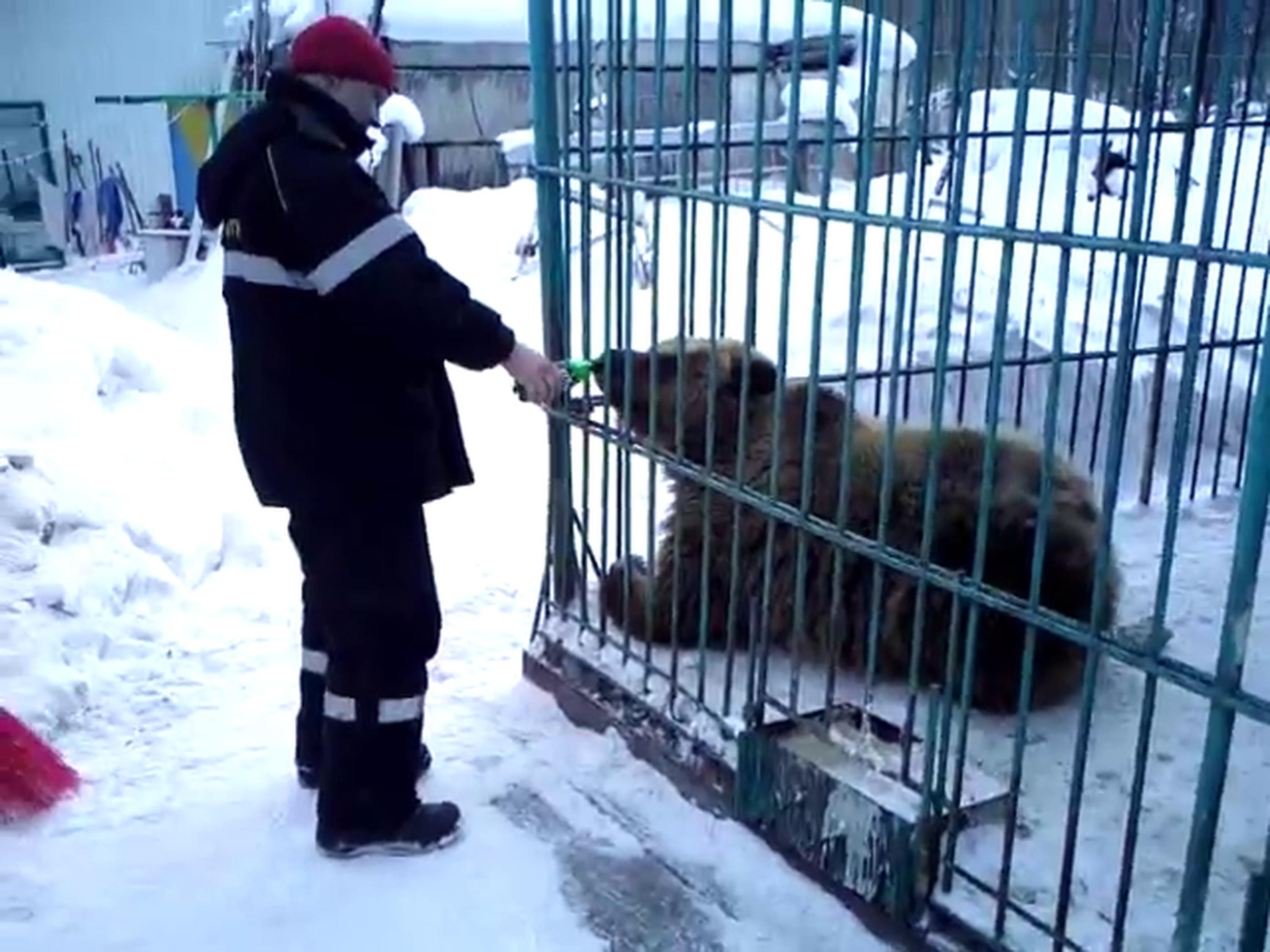 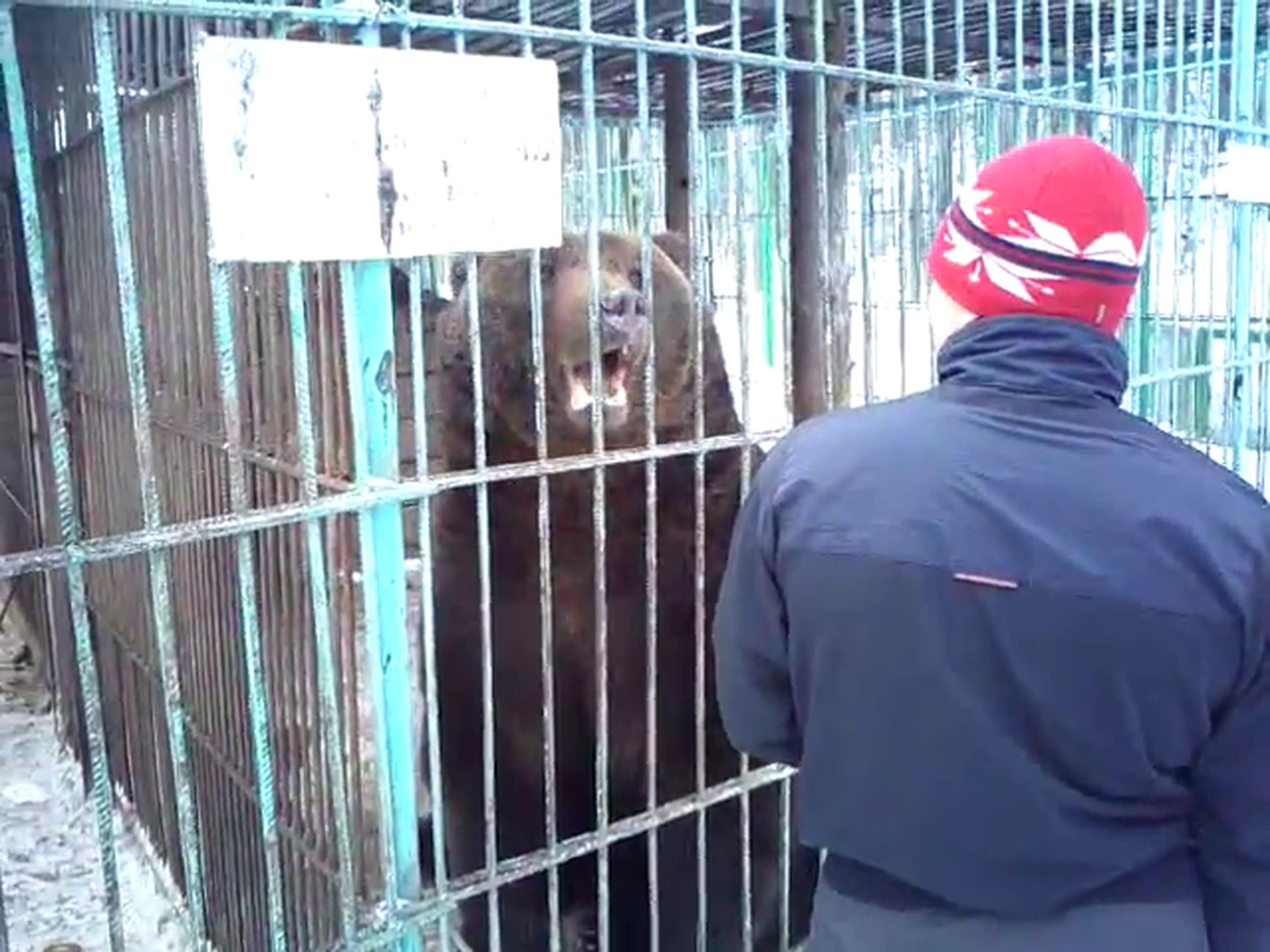 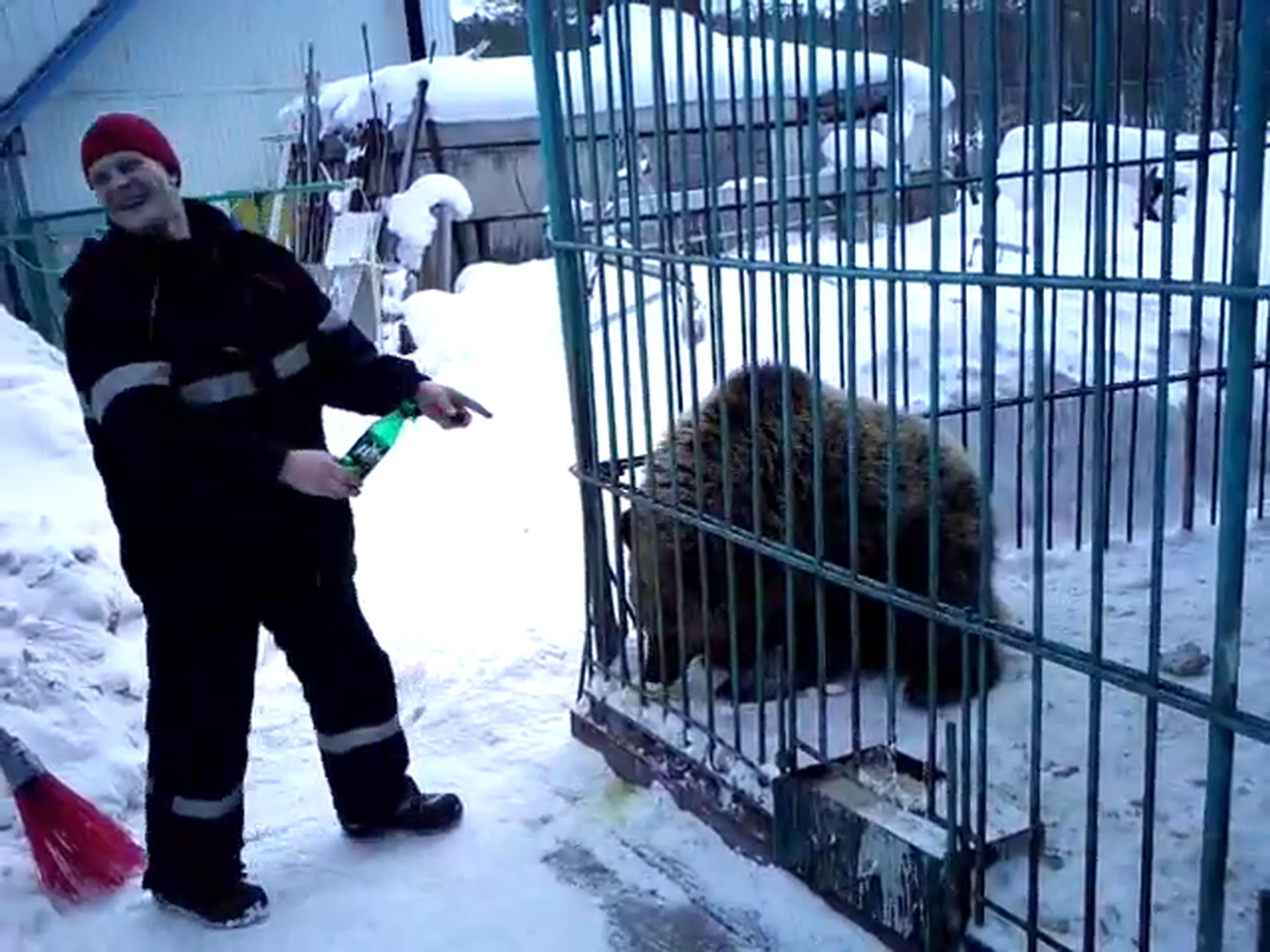 The victim is an employee of the small hotel who had been drinking at a Christmas party when she boasted to other guests how she could feed the beast.

A local said: "It ended in tragedy for the woman as the bear took its revenge on being held captive – and ate her arm for its festive meal."

The guest house owner had defied an earlier police order to release the two bears he keeps into the wild, it was reported.

A regular guest said: “We have often fed those bears ourselves. 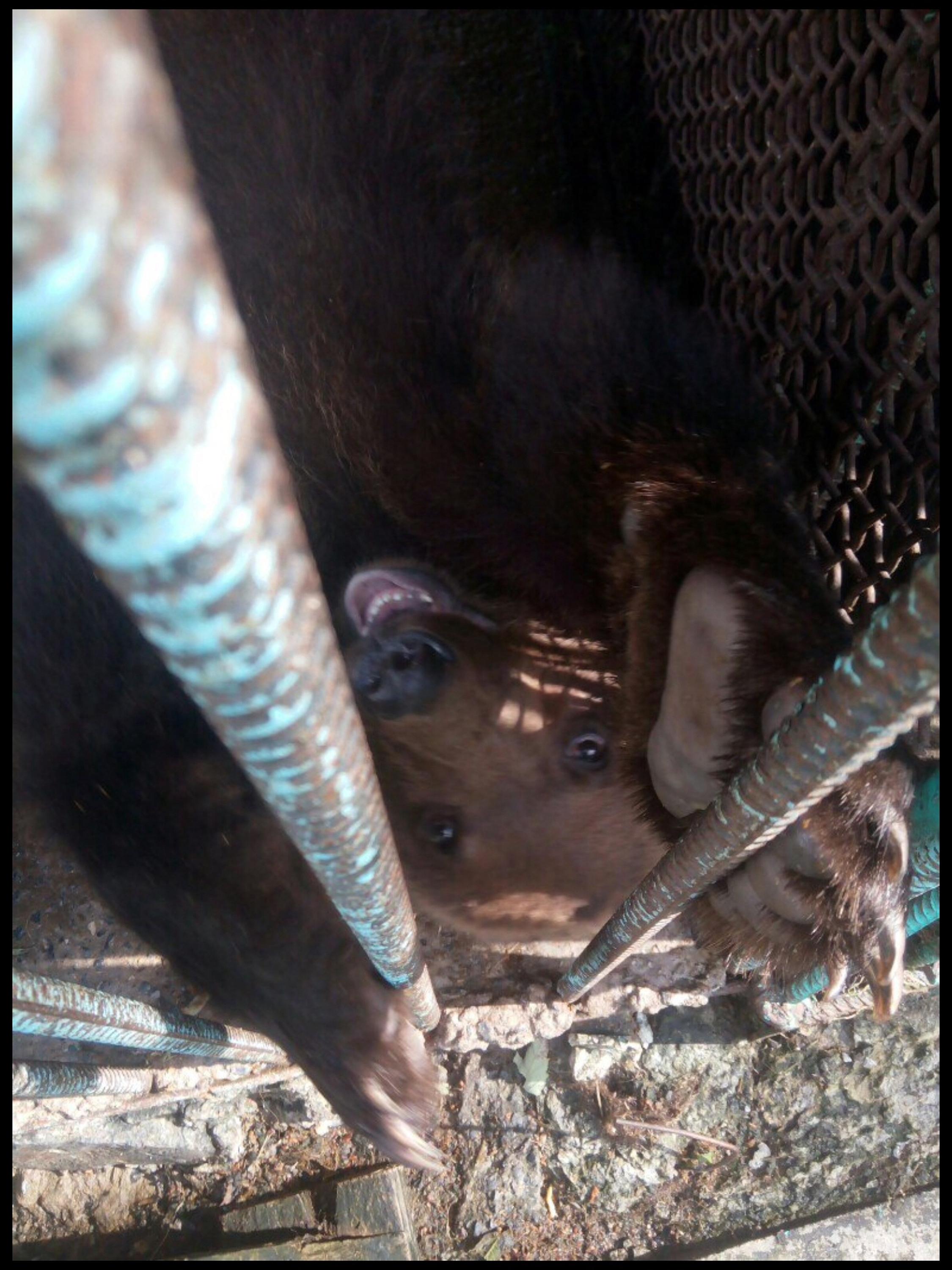 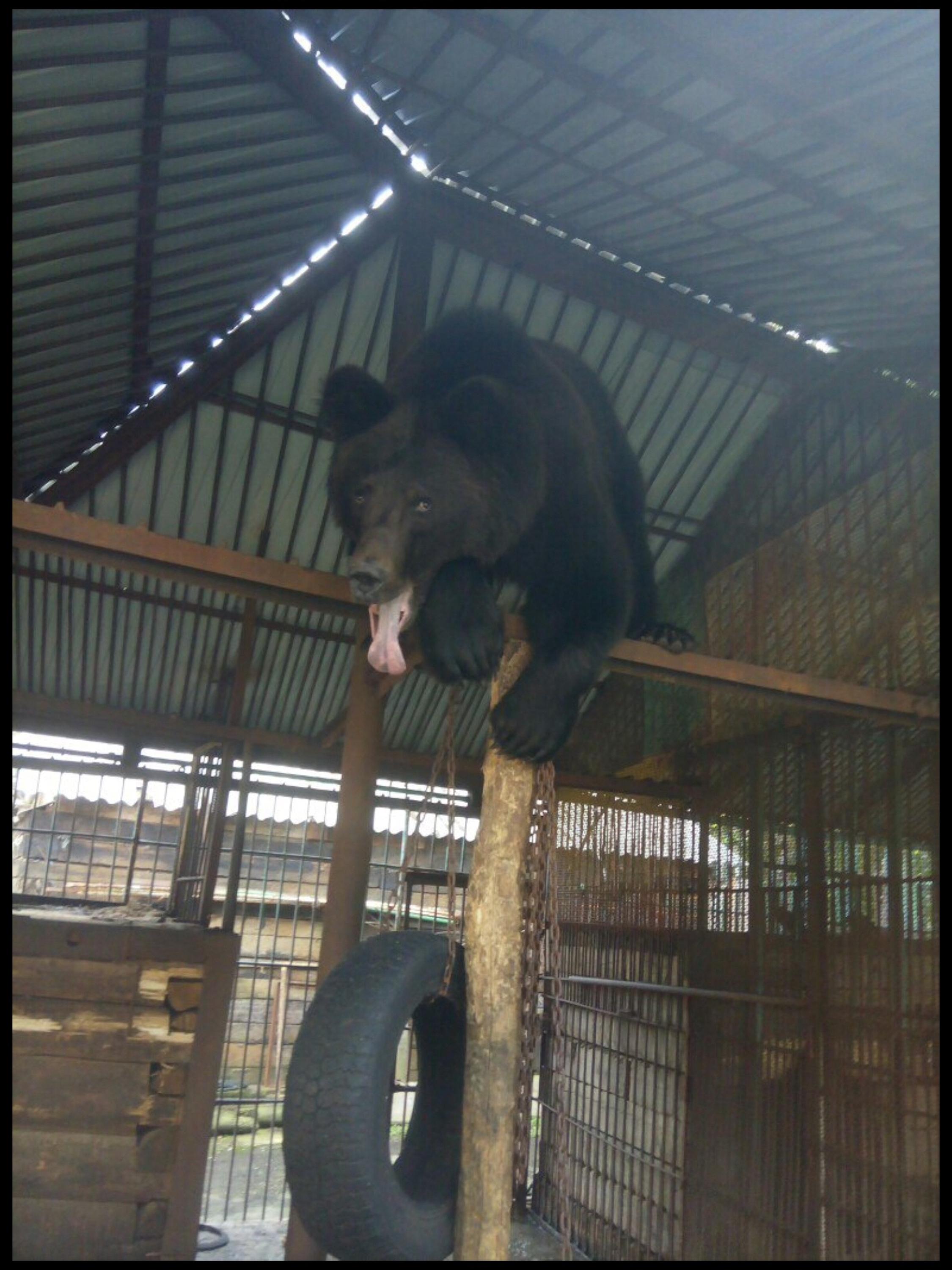 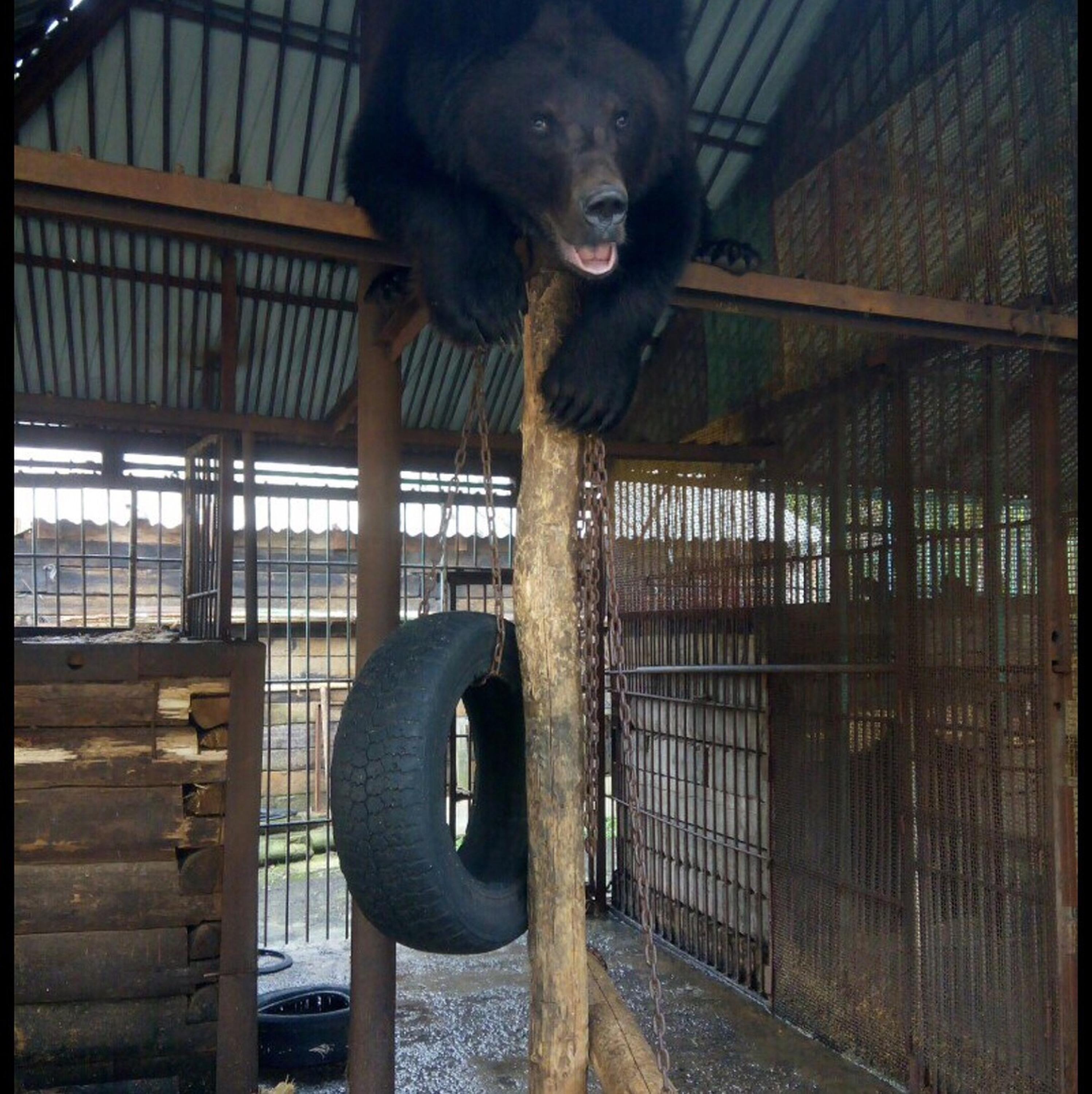 “We used a stick provided there to push the treat towards the cage.

“Sometimes the bears open their mouths just like hippos and you can throw an apple right into it.

“They are very smart, stretching their paws waiting for treats.”

A video shows the bear drinking from a bottle help by a man through the bars of the cage.

Police are investigating the attack.

Normally bears are shot after attacking humans – but this beast may get a reprieve.

State hunting inspector Vasily Vershkov denied local fears that the attacking bear or the hotel’s other caged bear would be shot dead.

He said: “We will wait until spring and assist in the release of these bears.

“Nobody will kill them.”