BBC worker, 41, described as a ‘big personality’ and ‘force of nature’ hanged himself at his home after losing his job 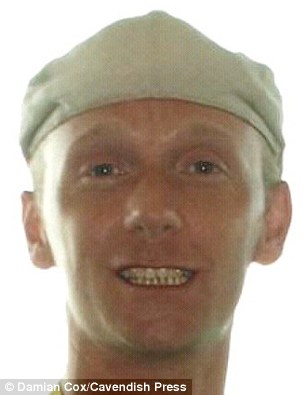 Pictured: Damian Cox, 41, was an employee at the BBC

A BBC worker described as a big personality hanged himself after losing his job and falling into financial difficulty.

Damian Cox, 41, struggled with mental health problems after being laid off from his position as a technical manager for the Beeb.

Shortly after he broke up with his long-term partner who also worked for the organisation which added to his depression, an inquest heard.

Mr Cox was found dead at his home near Manchester by police in October last year after a worried colleague went to check in on him.

Speaking at an inquest into Mr Cox’s death yesterday, Spencer Marsden described how he met Damian when the pair worked for the BBC in 2014.

He described the late Mr Cox as a ‘force of nature’ who came back to work at the BBC’s headquarters as a contractor after losing his job in March.

But Mr Marsden said his friend was different.

‘Damian was a big personality in Media City. He was such a force of nature when he worked here, but when he came back to work as a contractor he had changed.

‘On October 30, we were supposed to be giving a presentation but he didn’t turn up for work.

‘I was concerned and I went to his flat. That’s when police found him,’ he said.

The hearing heard how Mr Cox had endured a ‘difficult couple of months’. 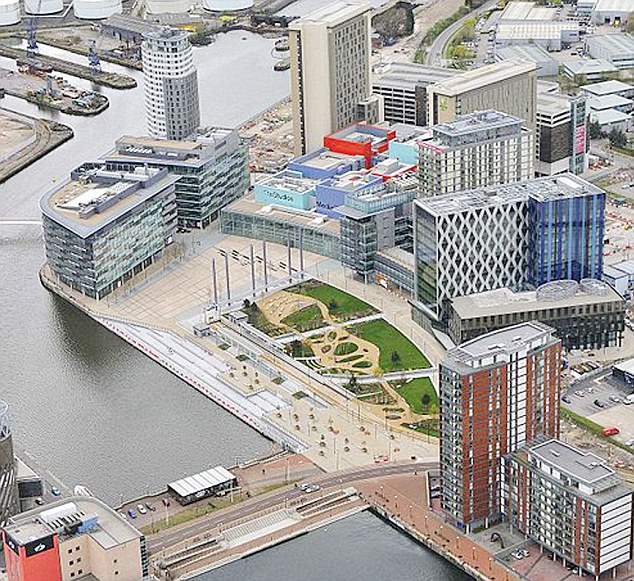 Tragic: An inquest heard Damian Cox became depressed after losing his job at the BBC’s Media City in Manchester (pictured above)

After being let go from the BBC he dreamed of starting out a studio but when that failed, he fell into financial difficult and become depressed.

He then broke up with his long-term partner who also worked for the BBC and started to miss the job he ‘greatly enjoyed’.

Mr Cox sought help from a doctor and was put on medication for depression and anxiety. He was assessed at Manchester Royal Infirmary and wasn’t expressing any sucidial signs so he was discharged.

She gave a conclusion of suicide, citing a recent change in law that allows coroners to make that conclusion based on a balance of probabilities rather than the higher standard of ‘beyond reasonable doubt’ used in criminal courts.

In her summary she said: ‘It was a difficult few months for Mr Cox. He had broken up with his long term partner who worked for the same company as him. He also lost a job which he greatly enjoyed in March 2017.

‘Initially he coped quite well with it and he wanted to open a studio with friends. But this didn’t amount to anything and he was sent into financial difficulty.

‘When things were going well, he would be happy and get on with life. But when things went wrong, he didn’t take it very well.

Tragically the coroner said she didn’t believe anything more could have been done to help Mr Cox who was ‘reluctant’ to seek help.

She added that there was no suicide note from him. ‘To his impossibly high standards, he could not achieve what he had set out to achieve,’ she said.

‘I am terribly sorry for what has happened. It appears that this was just a low point in his otherwise successful life.’