A BARBER has relived the horrifying moment a gang sprayed ammonia in his teen customer's face in a targeted attack injuring 10 people.

Afawork Solomon, 36, was cutting a teenage boy’s hair at Afro barber shop in Cardiff when "all hell broke loose" on Sunday afternoon. 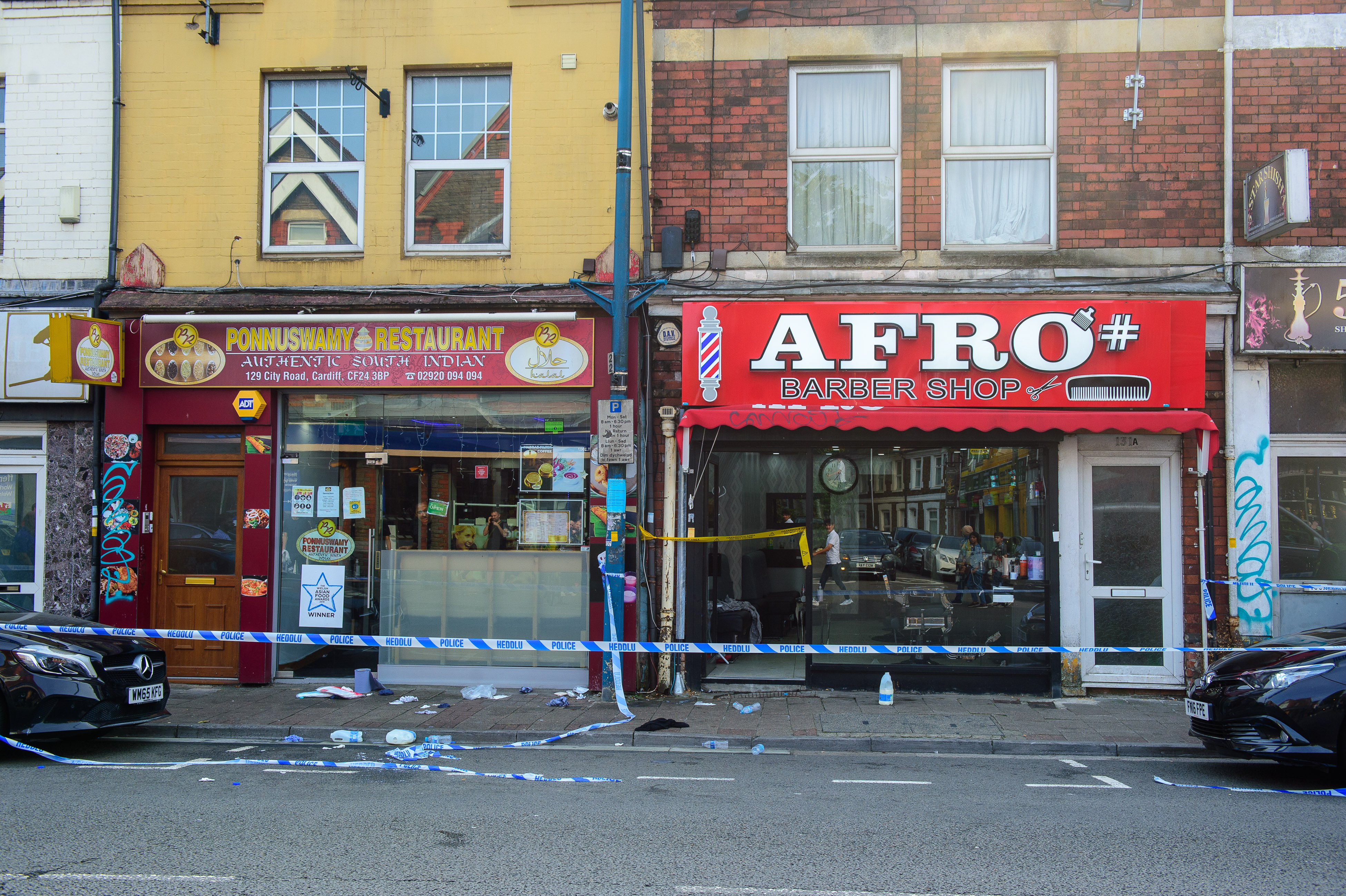 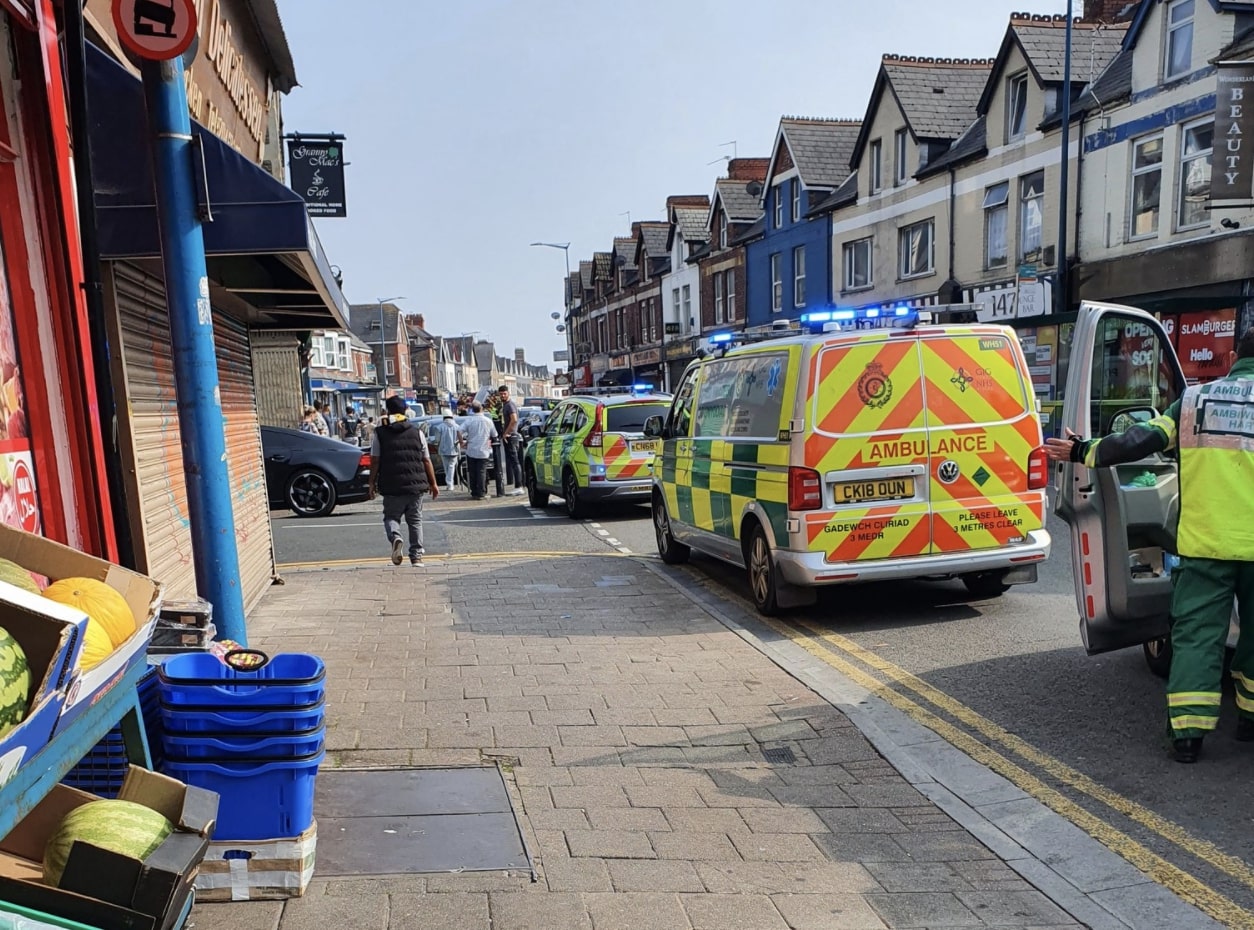 Afawork said a group of youths aged between 15 and 17 stormed his shop and sprayed "horrible stuff" in the boy's face.

About ten staff and customers were also affected by the spray, he said, with victims seen desperately trying to soothe their injuries with milk at the scene.

Four teens and a 20-year-old man were rushed to hospital.

The barber – who owns the salon where the attack took place – said: "I was cutting this lad’s hair when suddenly all hell broke loose.

"This group of youths aged between about 15 and 17 ran in shouting. They were definitely gypsies and they went straight up to the boy whose hair I was cutting and sprayed this horrible stuff in his face.

"This boy was clearly the target and it was obvious they all knew each other. It seemed to be some kind of gypsy feud and unfortunately me, my staff and other customers got caught up in it as well.

"Everyone was coughing and spluttering because this spray was in the air by now.

"It had an awful taste, right at the back of the throat. I can still taste it, more than 24 hours later."

Afawork, who went back in work yesterday following Sunday’s attack, said the gang ran off as soon as they had sprayed their target.

He said: “The lad they were after can’t have been much older than 15 himself.

"I know him because he’s been in for cuts before."

Empty milk and water bottles were spotted strewn across the road outside the barbers' shop after the attack on Sunday.

South Wales Police confirmed they are still investigating the assault.

A police spokeswoman said: "Four teenage boys and a 20-year-old man were taken to hospital with minor injuries and discharged later the same day.

"It is understood that those involved are known to each other and arrest enquiries are on-going.

"Despite initial reports from the scene, it has been confirmed that the clear liquid sprayed during the assault was not acid and is now believed to be ammonia."

Ammonia is commonly used in dyes and cleaning products.

A large cordon outside the barbers' shop was sealed off following the attack and ambulance officials said they sent its "hazardous area" response team.

One witness said he had just been to the supermarket when he saw a man covered in milk trying to "neutralise the acid" on his skin.

He said: "When I went into Tesco a bloke came storming towards me topless covered in milk, saying he'd had acid thrown on him, using the milk to neutralise the acid.

"All the staff in Tesco were clearing up the milk. It was bonkers."

A Welsh Ambulance Service spokesman said the Hazardous Area Response Team was called to the scene, and several eyewitnesses said there were huge numbers of emergency vehicles on the scene on City Road.

One person who was in the area at the time said: "It was absolutely mental on City Road.

"A bloke said he'd had acid thrown on him and was using milk to neutralise it."

Officers are now appealing for information, or anyone with mobile phone or dashcam footage to come forward, quoting reference 2100312749. 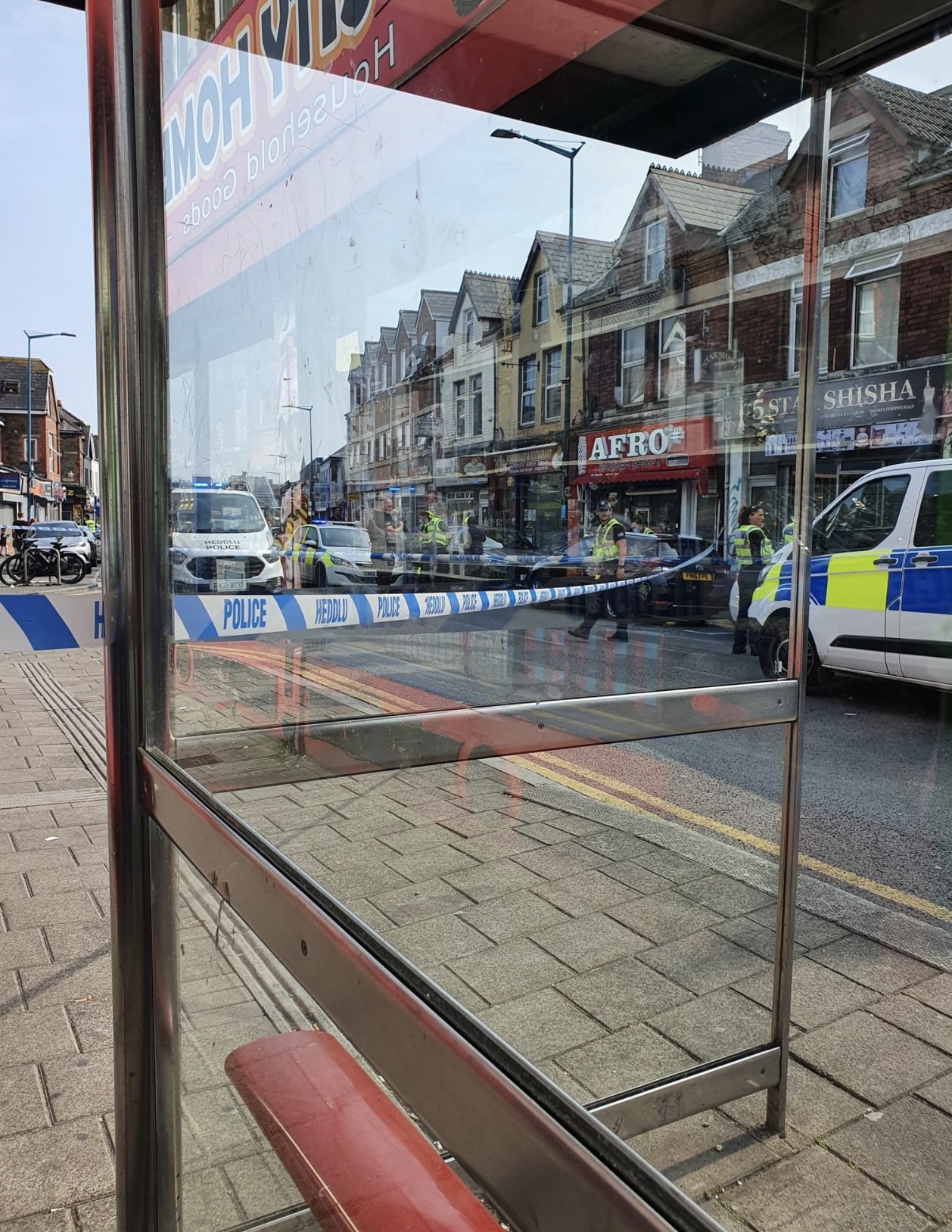 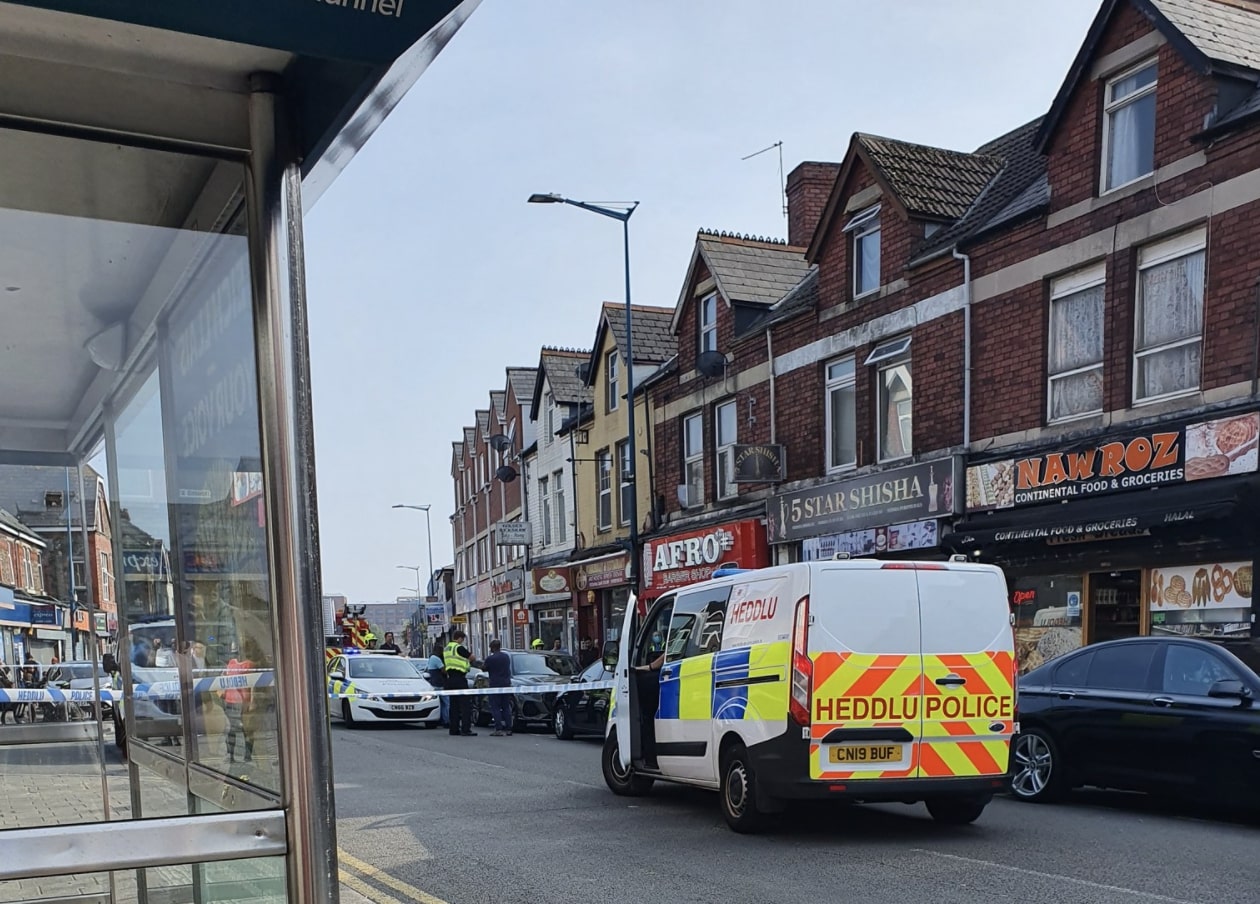