A Washington city lost its bid to ban bikini baristas’ risqué uniforms after a judge ruled the dress code was unconstitutional five years after the lawsuit was filed.

The lawsuit was originally filed in 2017 and required ‘quick-serve’ retailers to cover their breasts, backs, torsos, buttocks, upper legs and pubic areas while on the job.

Martinez questioned how the dress code would equally apply to men and said bikini baristas – which have been a staple in the community for years – were ‘clearly’ the target audience of the city’s ordinance.

‘The court finds that “a gender-based discriminatory purpose has, at least in some measure, shaped” the ordinance,’ the court documents read. It also said the ordinance largely ‘prohibits clothing typically worn by women rather than men.’

‘There is evidence in the record that the bikini barista profession, clearly a target of the ordinance, is entirely or almost entirely female. It is difficult to imagine how this ordinance would be equally applied to men and women in practice.’ 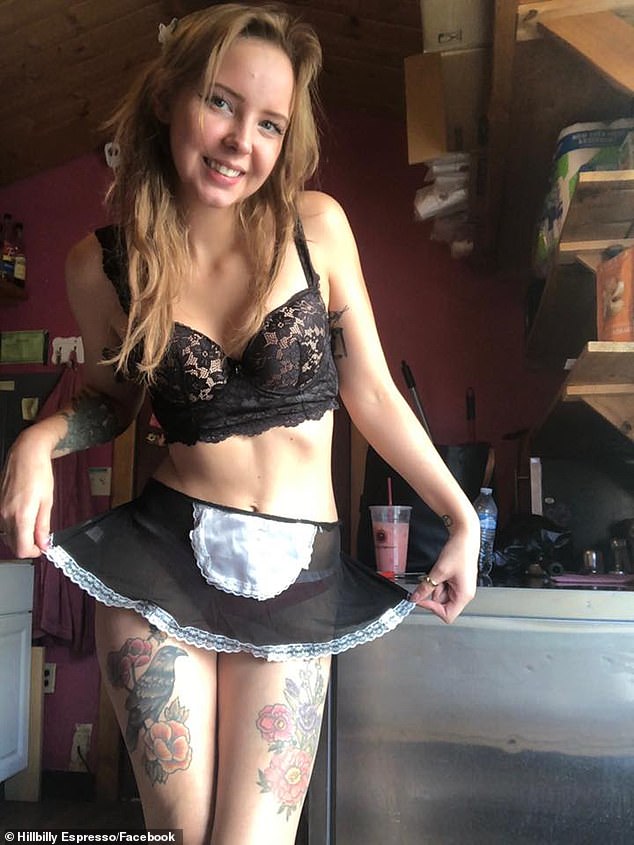 The City of Everett lost its bid to enforce a dress code on bikini baristas after a US District judge ruled it unconstitutional on October 19. Judge Ricardo S. Martinez said the dress code and lewd conduct ordinances ‘clearly’ targeted bikini baristas and didn’t see how it equally applied to men (pictured: a Hillbilly Espresso barista) 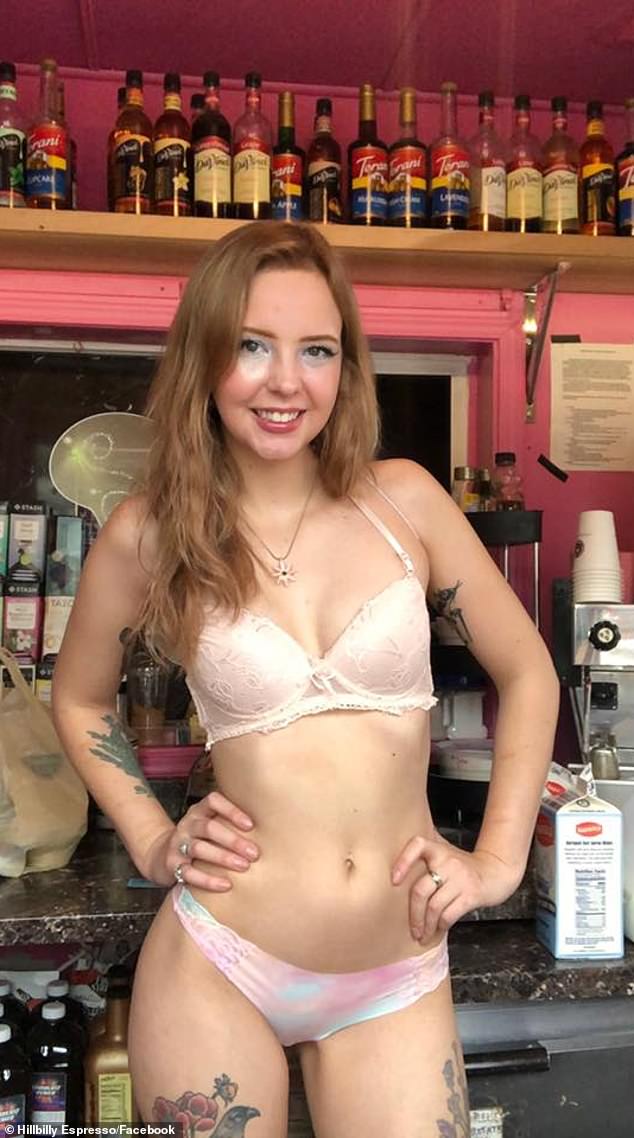 Martinez also questions how ‘law enforcement will be asked to measure the exposure of skin’ and said it would bring ‘humiliating’ searches onto them (pictured: Hillbilly Espresso barista)

In addition, Martinez questioned how ‘law enforcement will be asked to measure exposure of skin’ and that it would ‘encourage a humiliating, intrusive, and demoralizing search on women, disempowering them, and stripping them of their freedom.’

A Hillbilly Espresso worker, who goes by the name Emma Dilemma, said the new ruling ‘protects our safety from law enforcement touching our body.’

‘Who’s approving my outfit? Is it my female boss or some random dude cop that I don’t know? I don’t want them having to stick a ruler next to my body,’ she told Herald Net, an Everett news source.

However, the city argued the censorship of female breast was a way of ‘preventing the secondary adverse effects of public nudity and protecting the order, morality, health, safety, and well-being of the community.’

It also argued that ruling women’s breasts as ‘lewd conduct’ and not men’s was ‘substantially related to the City’s objectives in protecting unwilling audiences from exposure to nudity.’

Everett also pointed out that other Washington cities had ‘similar lewd conduct prohibitions’ that banned the exposure of female breasts.

However, Martinez threw out the free speech complaint made by the bikini baristas, saying that their lack of clothing did not fall under the First Amendment.

The baristas argued that their attire was a form of female empowerment and positivity.

Hillbilly Hotties’ employee Matteson Hernandez told the Herald Net: ‘Some countries make you wear lots of clothing because of their religious beliefs, but America is different, because you can wear what you want to wear. 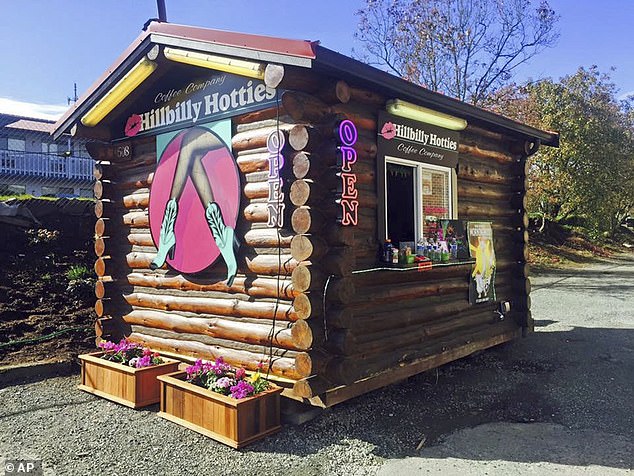 Another employee, Liberty Ziska, said: ‘We are here saying we watched our moms and grandmas going through hell and we don’t have to. Millions of women fought for our rights and right to vote and it’s my right to wear what I want. It’s my right as a person.’

Hillbilly Hotties filed the lawsuit against the city in 2017 and a federal judge issued a preliminary injunction, which stopped Everett’s dress code.

However, in 2019, the Ninth Circuit Court of Appeals sided with the city and allowed the dress code.

In 2020, the baristas filed to appear before the Supreme Court. The Court denied the case and it went back to the lower courts.

The city now has 14 days to meet with the barista to discuss next steps as part of their summary judgement.