Bad dog! Hilarious moment apologetic wolfdog lies at her owner’s feet and howls after breaking window screen to get out of the house

A mischievous dog had a hilarious reaction when its owner realised it had broken a window screen to get out of the house.

Footage created a new door for itself by jumping through the window screen – and feels very sorry about it.

The footage shows the wolfdog, called Layla, looking guilty and even howling an apology to her owner for breaking the screen.

The woman behind the camera questions her dog, who wants to play before looking sheepish as she is given into trouble. 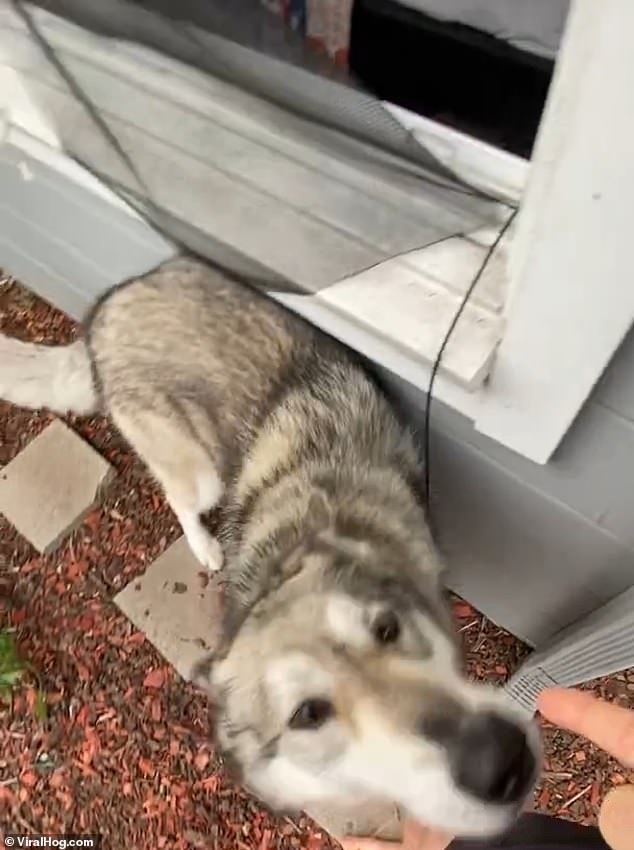 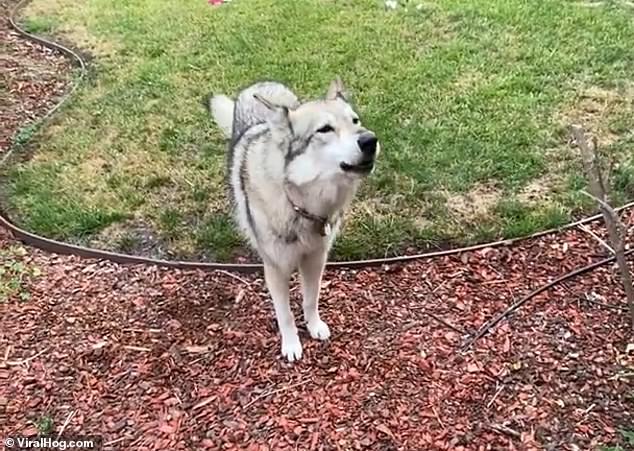 The naughty pet howls an apology as she looks guilty for breaking the window. Her owner asks her ‘what is this? Was this you?’

The naughty pet seems to forget she’s in trouble, as she lies at her owners feet and rolls on her back to get her tummy rubbed.

As Layla’s owner walks towards the scene of the crime she said: ‘little b****, what did you do?’

But the pet continues to want to play, biting her owner’s shorts.

In the footage, uploaded on July 29, shows the window screen on the house is hanging out where Layla has tore through. 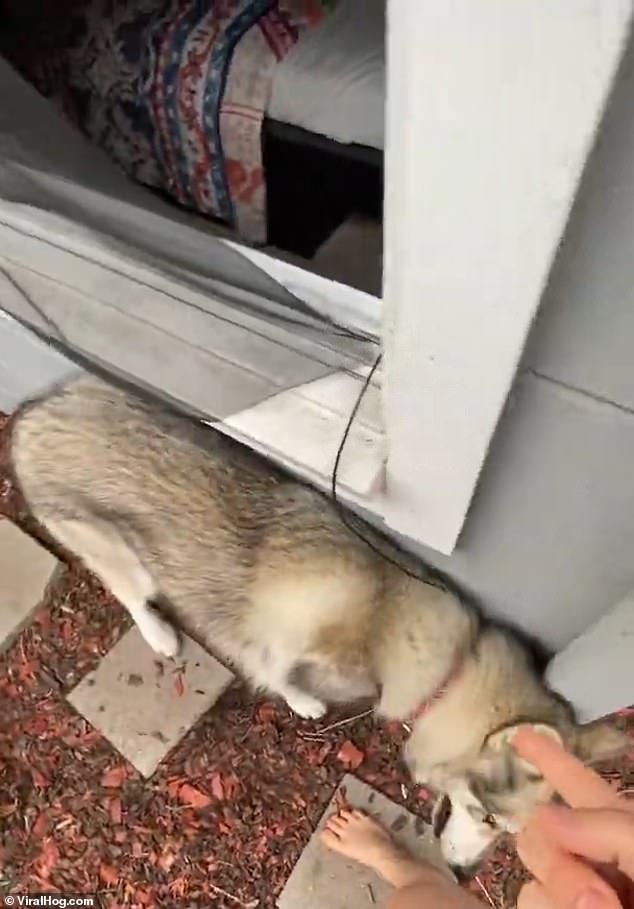 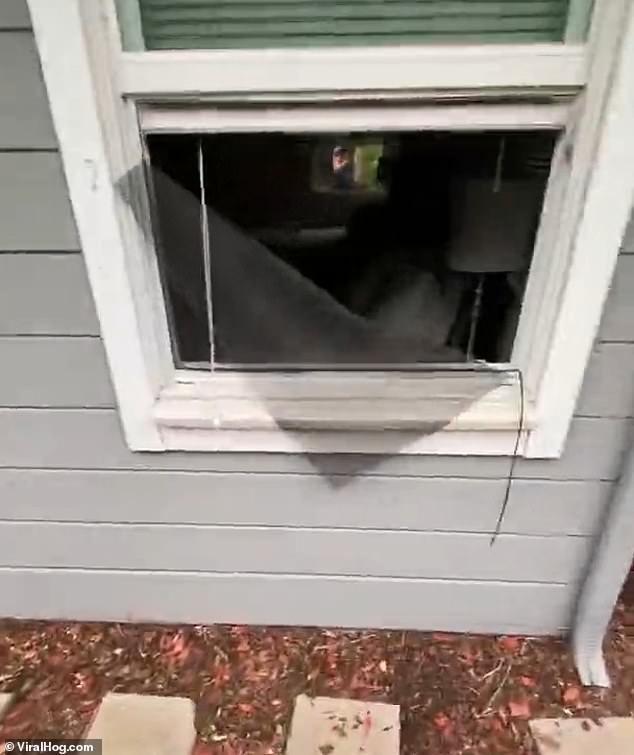 In the footage, uploaded on July 29, shows the window screen hanging out over the window ledge where Layla has tore through it

The owner asks her dog ‘what the f*** is this? What is this? Is this you?’ As she looks towards the mesh which is hanging over the side of the window ledge.

Layla begins to look guilty as she howls an apology to her owner.

As the cheeky pet makes its way over to the house, it whines as it gets into trouble and stands under the window.

During the owners final scolding, she said: ‘What is that? No. Bad dog.’