A BABY was shot at his first birthday party when a fierce gun battle left three kids injured.

The horror unfolded at outdoor celebrations marking the tot turning one, said cops in western Toronto. 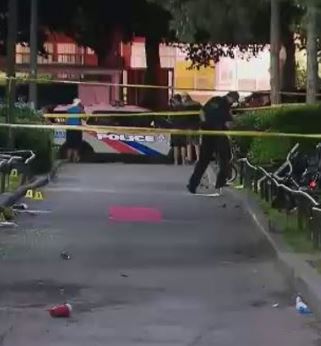 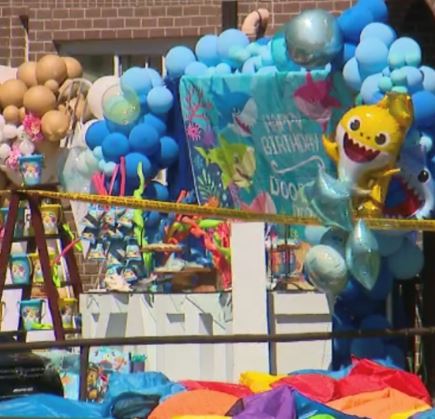 Multiple suspects are being sought after gunshots were fired 'indiscriminately' at the party in Rexdale on Saturday night, reports CTV News in Canada.

Cops arrived at the bloody scene to find three children, aged one, five and 11, as well as a man, 23, suffering from gunshot injuries.

The five-year-old girl was found in a critical condition, her family said.

An 11-year-old boy was shot in his bottom, and the baby was grazed by a bullet. All three youngsters were taken to Sick Kids Hospital.

The 23-year-old was shot in his legs.

They had been enjoying a party at a townhouse complex when multiple shots were fired at Tandridge Cr, near Albion and Islington Roads, at about 8pm, said the Toronto Sun. 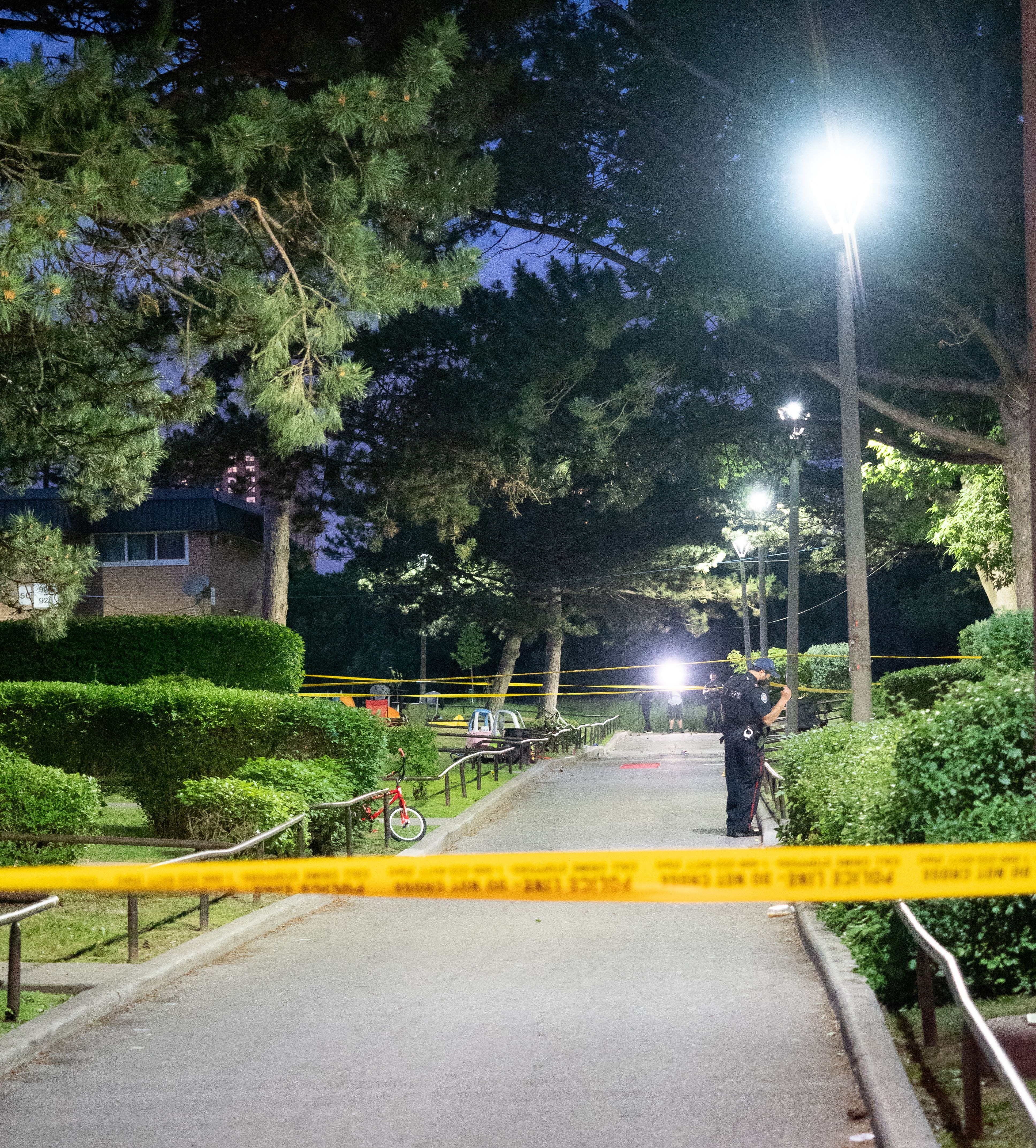 He said: “Obviously a horrific, horrific set of events.

"I've been a police officer for a number of years and this is one of the most disturbing scenes when you see young people like this indiscriminately shot.

“Our hearts go out to the community. It's a terrible situation for anyone that lives in this area.”

He added that it was, “unbelievable that this type of thing would happen. It’s unconscionable." 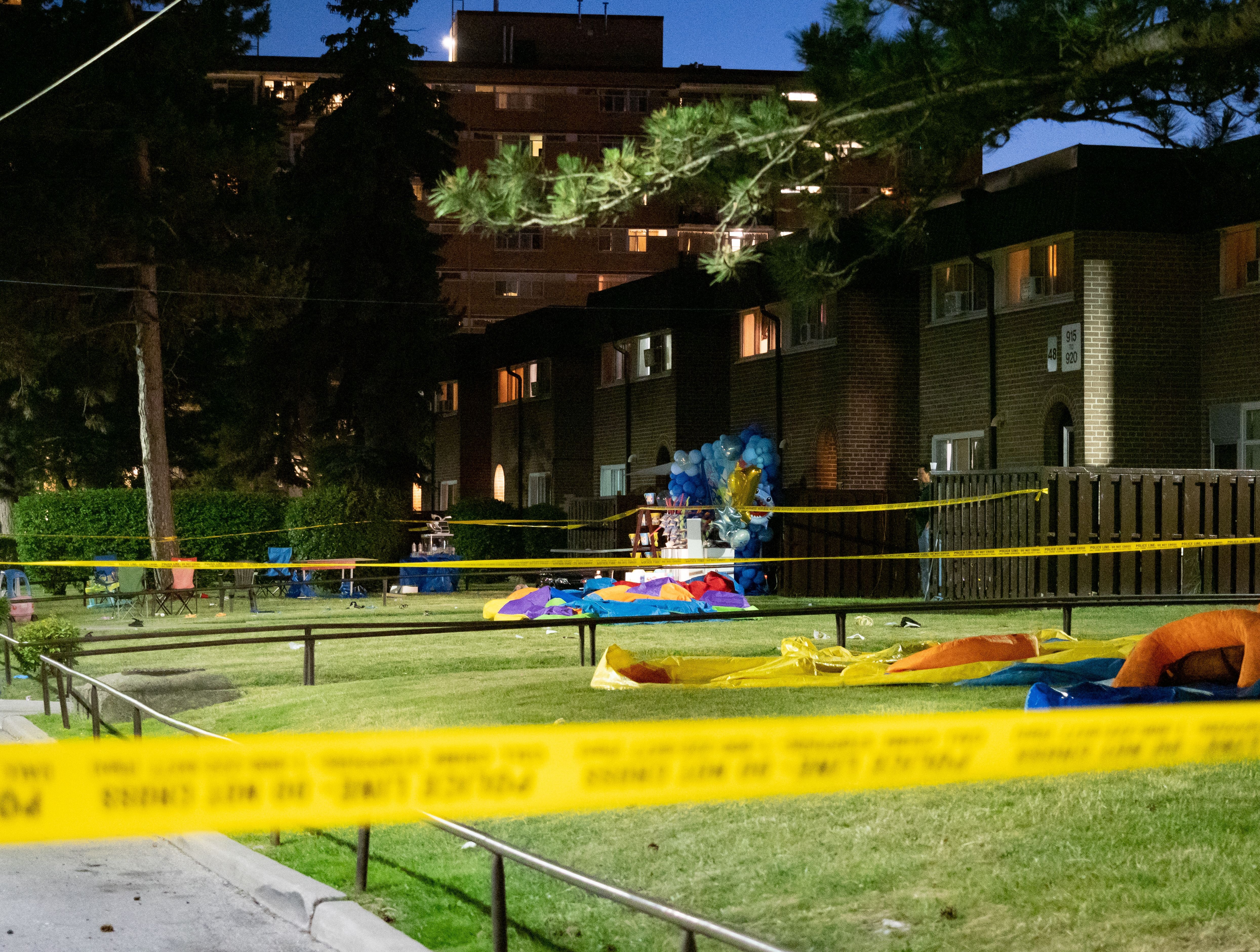 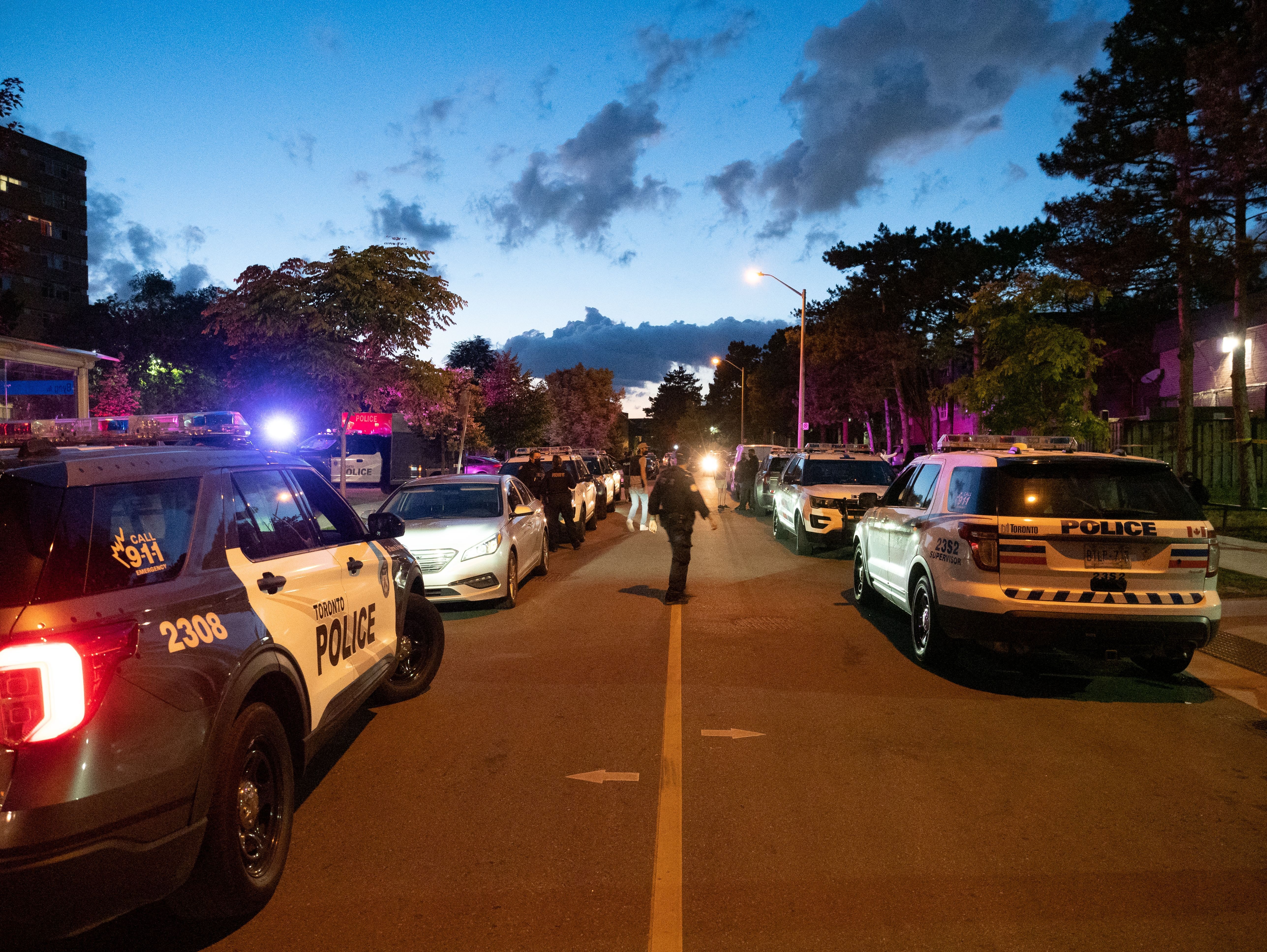 Taverner said it was “hard to believe”that a gunfire battle could take place at a baby's birthday party.

It's believed the shooting had been indiscriminate.

He said: "“There has to be a reason why that particular party was being targeted, but I can’t answer right now as to the real motive of the shooting."

Investigators are probing CCTV footage after the suspects fled the scene in a vehicle.

“There are video cameras that are placed all around and they were working," he said. 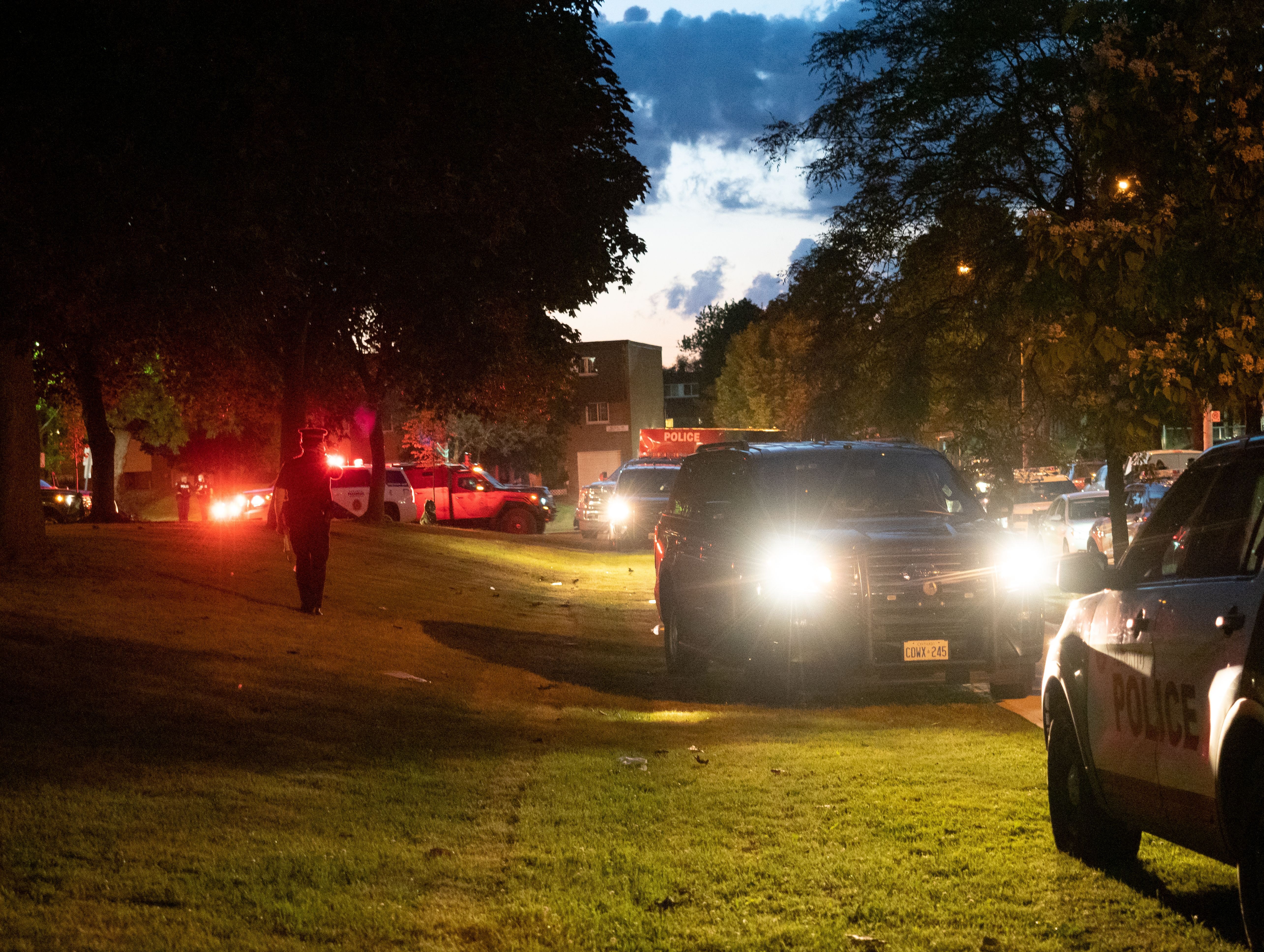 Taverner added: “There was a vehicle that was seen leaving the area.

"At this particular time we are not giving out that information. There are various reasons for that.

"Even the same with the suspect descriptions. We will be releasing that information soon but right now we're not.

"As far as motive, I can't say right now.

"There are a number of theories out there. A number of people have their own ideas of why this happened.

“We are just trying to work through all that and I can tell you that we have the resources to solve this crime and we will solve it.”

Toronto Police Inspector Kelly Skinner confirmed yesterday that the children were not the targets of the shooting.

Police are still looking for “multiple suspects,” but investigators have yet to release information about them.

She didn’t say what condition the victims were in. 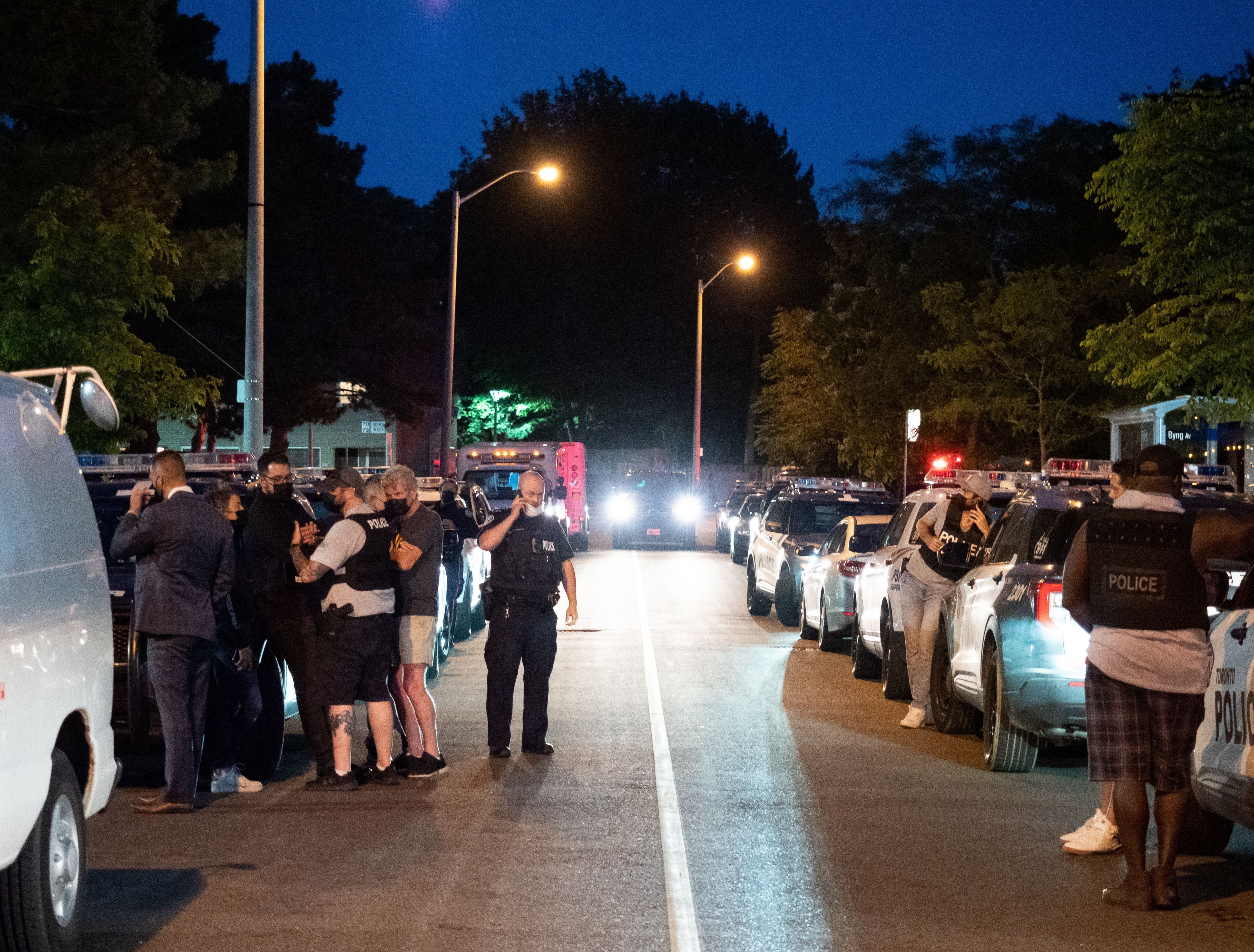 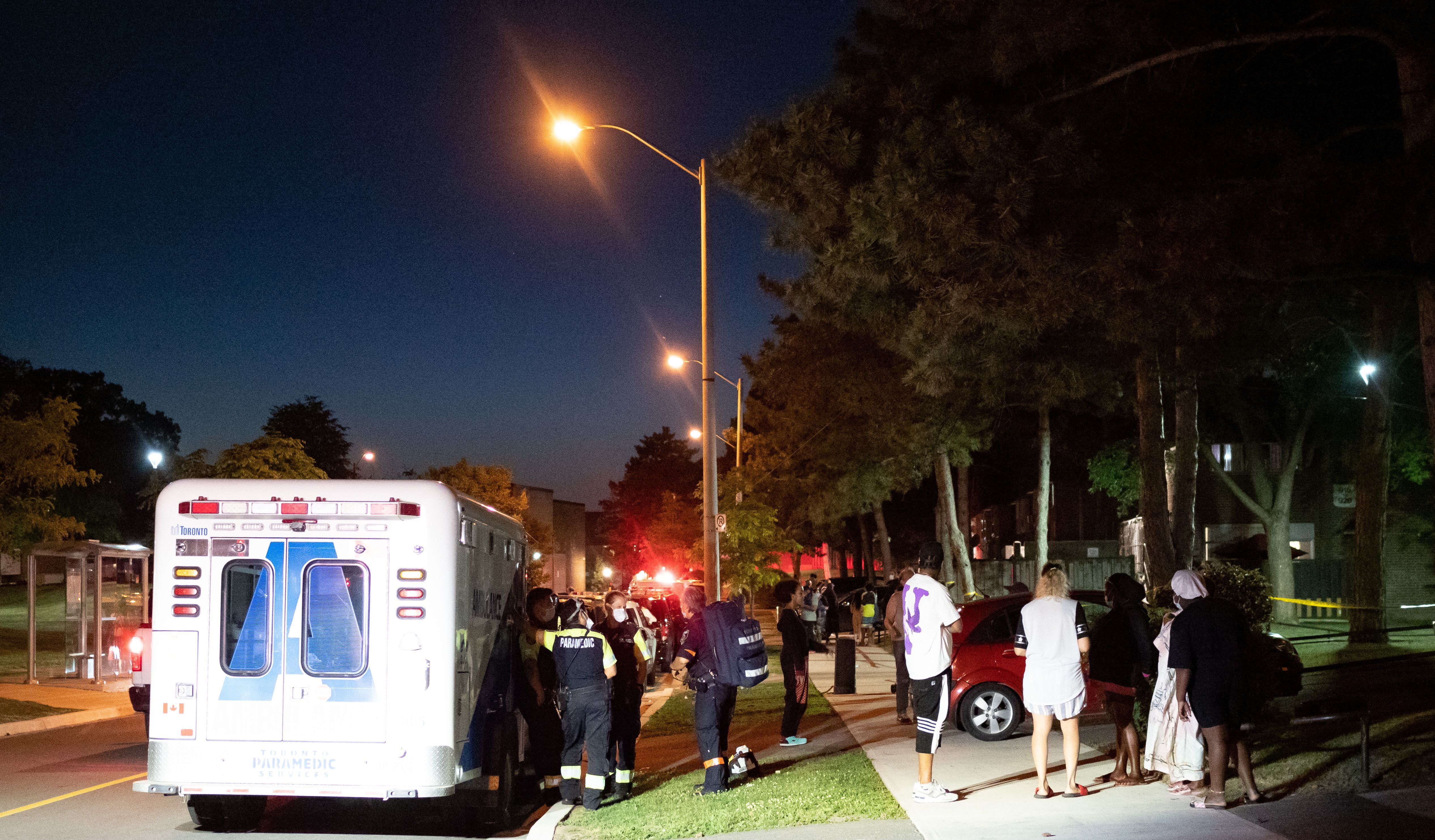 But paramedics said earlier that one child suffered life-threatening injuries, while another was in a serious condition, with the third sustaining minor wounds.

The family of the five-year-old girl told reporters that she was now in a stable condition.

The baby has since been released from hospital, and the 11-year-old shot in the bum is expected to make a full recovery reported CTV News.

Taverner has urged witnesses or anyone with information to contact the force.

Ontario Premier Doug Ford said it was important the gunmen “must be found and brought to justice.”

“The shooting that took place in Rexdale last night is inconceivable and beyond comprehension," he added.

Toronto Mayor John Tory said: “This is irresponsible, outrageous behaviour. There is no other way to put it.