A baby orangutan that was drugged by a Russian who tried to smuggle it home as a pet will be released back into the wild in Sumatra.

Andrei Zhestkov, 27, hit headlines when he was detained in Denpasar airport in March and found to have the three-year-old ape swaddled in his bag.

Zhestkov, sentenced to a year in prison in July, had packed baby formula and blankets for the orangutan. He was also carrying two live geckos and five lizards inside the suitcase.

On Monday, conservation authorities in Bali rolled out a big fruit plate for fuzzy-haired Bon Bon as he prepares to move to a conservation centre in Sumatra – one of just two places where the critically endangered species is found in the wild. 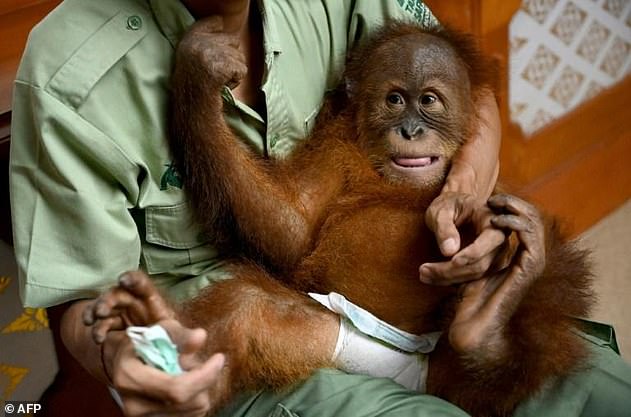 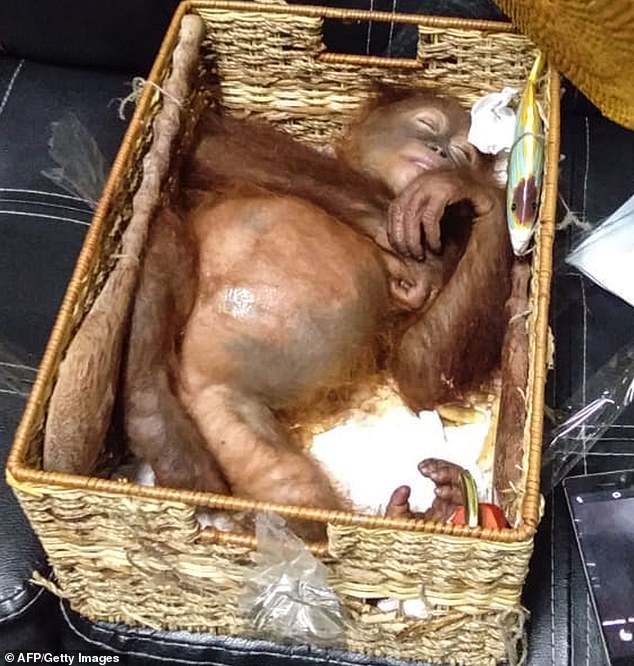 The orangutan was found sleeping inside a rattan basket (pictured). Authorities said Zhestkov drugged him with allergy pills

Bon Bon’s caretaker, Ketut Diandika, confessed to being a little bit sad at the orangutan’s departure.

‘I actually want Bon Bon to stay here so that I can still take care of him,’ he said.

The Southeast Asian archipelago’s rainforests boast some of the highest levels of biodiversity in the world and it is a key source and transit point for animal trafficking.

In March, the authorities described how Bon Bon had been fed allergy pills by Zhestkov to put it to sleep. 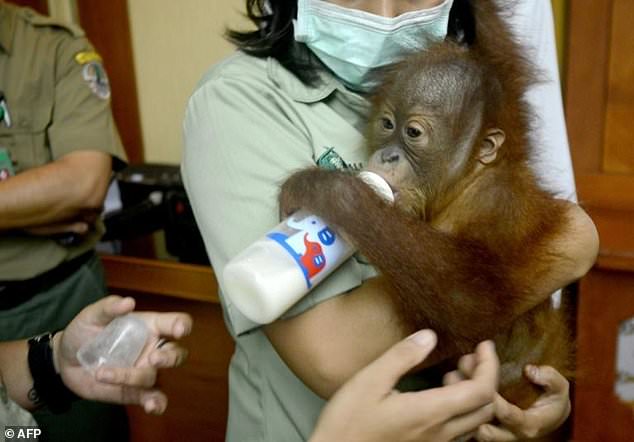 An officer holds Bon Bon, the baby orangutan, after it was discovered in the luggage of a Russian tourist in Bali in March 2019

Zhestkov told authorities that the protected species was gifted by his friend, another Russian tourist who bought the primate for £2,200 from a street market in Java.

He claimed his friend, who has since left Indonesia, convinced him he could bring home the orangutan as a pet.

Orangutans are a critically endangered species, according to the International Union for Conservation of Nature, with only about 100,000 remaining worldwide. 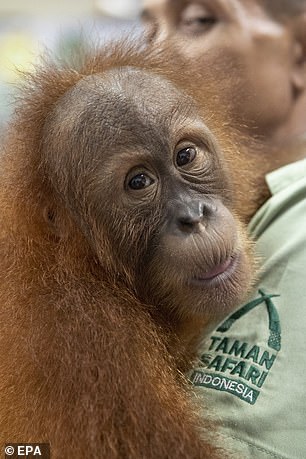 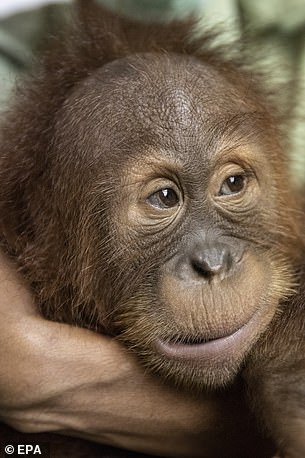 A zoo keeper holds Bonbon a three-year-old orangutan during a press conference in Bali today, left and right 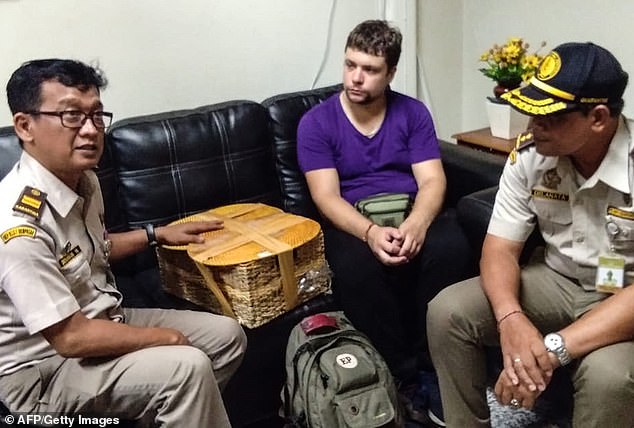 Zhestkov, pictured centre, told authorities that the protected species was gifted by his friend who had bought it for £2,200 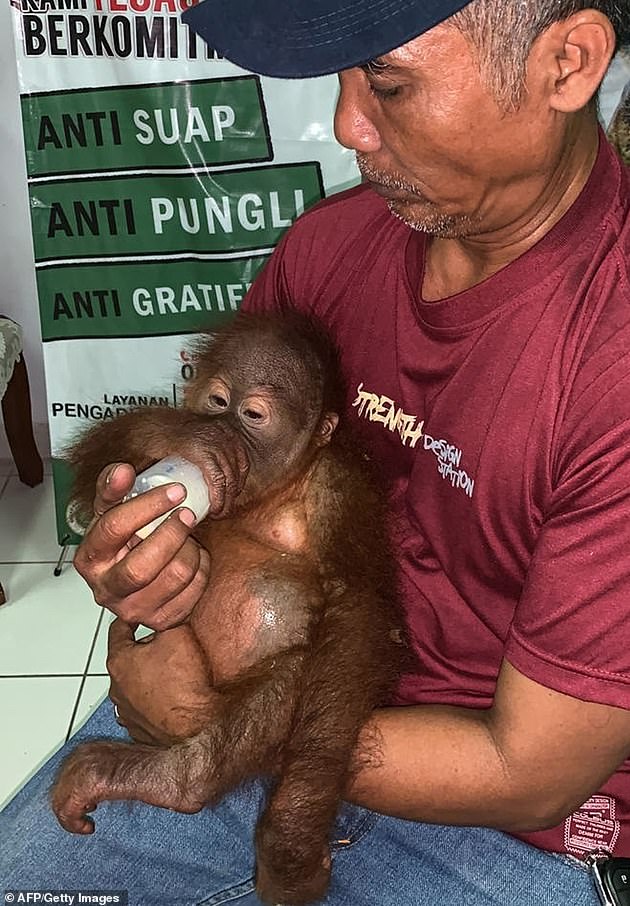 A Russian tourist was caught trying to smuggle this two-year-old orangutan, pictured being bottle-fed after he was rescued, out of Bali

Plantation workers and villagers in Indonesia often consider the apes pests and sometimes attack them, while poachers capture the animals to sell as pets.

A string of fatal attacks on the apes have been blamed on farmers and hunters.

Four Indonesian men were arrested last year over the killing of an orangutan shot some 130 times with an air gun.