The tot was given emergency treatment by paramedics and the crew of an air ambulance, but could not be saved. 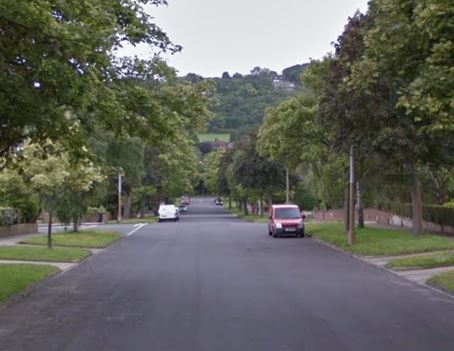 Police and paramedics rushed to the house in Findon Valley, Worthing, West Sussex and a full-scale investigation was launched.

One local resident reported the tot was found dead in a hot tub in the garden.

Medics rushed to the garden of a house in the street where other children were understood to have been present.

One man, who asked not to be named, said: "There were a lot of emergency services at the scene – ambulances, the helicopter, police cars, the lot.

"From what I have been told it sounds like a terrible tragedy has happened.

"I was told by another neighbour that a little boy had been found dead in a hot tub in the garden.

"Whether the lid was on it or how he got into there, I don't know. You have got to feel desperately sorry for his family."

From what I have been told it sounds like a terrible tragedy has happened.

A spokesman for Sussex Police said: "We were called to a property in Central Avenue, Worthing, at 12.57pm following concerns for the welfare of a one-year-old boy.

"The boy was taken to hospital by ambulance staff where he sadly died. Full circumstances surrounding the death are being investigated and the matter has been passed to the Coroner's Officer.

"Next of kin have been informed and support is being provided to the family."

A spokesman for the South East Coast Ambulance Service said: "I can confirm we attended a medical incident at a private address in Findom Valley. A call came in at just after 12.30pm today.

"We have withdrawn from the scene completely now, the air ambulance would have landed in the nearest open space nearby to assist us at that call."

The baby boy's body was taken to Worthing Hospital where a post-mortem is due to be carried out.

An inquest will be opened and adjourned at a later date.