British Airways starts cancelling hundreds of flights ahead of next strike by pilots – just days after 195,000 passengers had their travel plans plunged into chaos by industrial action

British Airways has begun cancelling hundreds of flights ahead of the next strike by pilots – just days after nearly 195,000 passengers had their travel plans plunged into chaos.

Tens of thousands of passengers are expected to be affected by the disruption on September 27.

The 24-hour walkout follows a two-day strike on Monday and Tuesday when 1,700 flights due to carry 195,000 passengers were cancelled.

The dispute over pay involves members of the British Airline Pilots’ Association (Balpa).

British Airways (BA) has offered a pay rise of 11.5% over three years, which it says would boost the pay of some captains to £200,000, but Balpa says its members want a bigger share of the company’s profits. 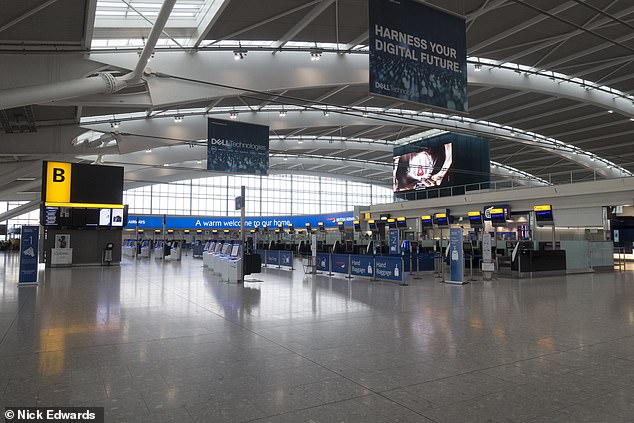 British Airways had to cancel nearly 100 per cent of its flights at London Heathrow earlier this week due to a 48-hour strike action, leaving terminals (like Heathrow Terminal 5, pictured) deserted

Both sides have said they want to resume talks, but there is little sign of the deadlock being broken.

The airline began contacting affected passengers on Thursday afternoon, 15 days ahead of the strike.

Under EU law, passengers are only entitled to compensation if they receive less than 14 days’ notice of a cancellation.

Balpa said in a statement: ‘Balpa set a gap between the first and second periods of strike action to give BA time to work with us to settle this dispute with their pilots.

‘We had today been exchanging new ideas to do that via Acas (the independent arbitration service) and so it’s irresponsible and inconsiderate to its customers that BA has pulled out and decided to start cancelling flights now, just to save money on compensation. 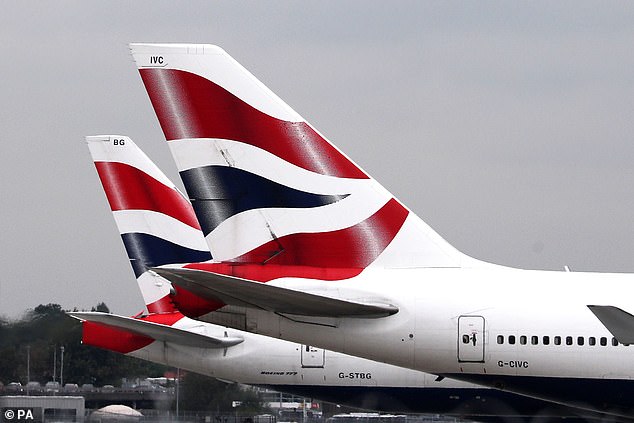 The airline began contacting affected passengers on Thursday afternoon, 15 days ahead of the strike

‘BA did not respond to our latest proposals before cancelling these flights.

‘Passengers who will be affected by these cancellations should know that we have given BA multiple opportunities to work with us so we could call off this action.’

How BA passengers could face more chaos over Christmas

British Airways passengers could face more pilot strikes over Christmas as part of a long-term campaign of chaos over pay.

The Balpa union said that BA’s failure to meet its demands during the long-running dispute could lead to a ‘damaging escalation’.

Balpa said its members – including captains paid an average of £167,000 – are prepared to take part in further strikes until its mandate for action ends in January.

With another strike already scheduled for September 27, Balpa said yesterday: ‘Our ballot allows us to take action at any time.’

Higher-earning pilots have reportedly discussed sustaining months of industrial action by crowd-funding among themselves to help less senior members.

Strikes during the hectic Christmas holiday period would be hugely problematic for the airline.

A spokeswoman for BA said: ‘We have put forward new ideas through Acas this week and have called on Balpa to meet us face to face as soon as possible to return to negotiations.

‘However, we need to give our customers certainty, so we have contacted all those affected by the union’s strike on September 27.’

When BA cancelled flights ahead of this week’s walkout, many passengers complained about difficulties contacting the airline, while some were sent cancellation emails in error.

The airline said it had added extra staff to its customer relations teams and had up to 900 people answering phones at peak times.

Adam French of consumer group Which? said: ‘British Airways must now proactively inform those affected by any fresh cancellations of their rights to be rerouted on the next available flight, even if this is with a rival airline.

‘Unless a refund is vital to you, don’t be fobbed off by this option.

‘A refund means your travel plans would no longer be the responsibility of the airline and you would not be entitled to any reasonable out-of-pocket expenses incurred because of the disruption.’