Los Angeles: Australian model Adau Mornyang appears set to avoid a lengthy US prison sentence for attacking a flight attendant and yelling a racial slur at an air marshal during a raucous Melbourne to Los Angeles flight.

Mornyang's fate is due to be announced in an LA court on Monday. 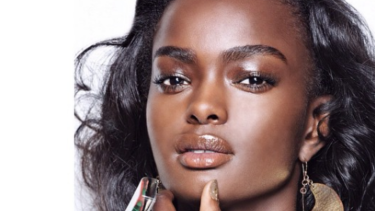 The former Miss World Australia finalist had been facing up to 21 years in the US federal prison system, but prosecutors are recommending she serve just one month behind bars.

Mornyang may avoid prison altogether, with probation officers pushing for Judge Cormac Carney to sentence her to three years of probation and a $US2000 ($2849) fine. 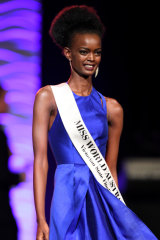 "While the government is sympathetic of defendant's tragic and sad past, defendant's unprovoked physical attack of a flight attendant and the potential dangerous consequences of that action warrant a custodial term," prosecutors wrote in a pre-sentence court filing.

An LA jury in March found Mornyang guilty of a felony charge of interference with a flight crew member and a misdemeanour count of assault.

The court heard Mornyang, a 25-year-old from Melbourne, ordered "several glasses of wine" on the January 21 United Airlines flight.

She was cut off from drinking more, yelled obscenities and racial slurs, struck a flight attendant, had to be handcuffed by an air marshal, refused to leave a toilet and had to be held at the rear of the plane.

The flight attendant said he was so shocked after he was assaulted he "could not physically do anything except sit for nearly half an hour to process what had happened to him".

Mornyang's position on sentencing has not been made public.

Her lawyer Erin Murphy successfully requested their pre-sentence filing be placed under seal because it included "highly sensitive" details about Mornyang's background.

"I am concerned that the publication of these details could unduly invade Ms Mornyang's privacy," the lawyer wrote.

Prosecutors called for Mornyang to serve the one-month prison term followed by three months of home detention and two years of supervised release. 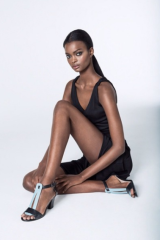 "Defendant's conduct and its potential dangerous consequences should not be minimised," they said.

"Flying, much less flying internationally for over 14 hours, is an uncomfortable and miserable experience in tight and crammed spaces.

"Defendant purposefully exacerbated those conditions when she chose to get inebriated and lash out at the flight crew and fellow passengers."

Prosecutors noted her behaviour was so severe, unpredictable and unmanageable that several air marshals were forced out from undercover to restrain her, making the plane susceptible if other bad actors were onboard.

"They are in plain clothes so that they can maintain the element of surprise," prosecutors said.

"When the federal air marshals were forced to identify themselves as law enforcement, they lost that tactical advantage and their ability to combat potential bad actors on the plane was compromised."