The man accused of pressuring government psychiatrists to alter their reports and prevent on mental health grounds the extradition of an alleged paedophile to Australia has been promoted to Health Minister of Israel.

Yaakov Litzman's appointment was confirmed in a cabinet meeting on Friday, despite the Zionist Federation of Australia warning Israeli Prime Minister Benjamin Netanyahu the appointment would amount to a "slap in the face" to the Australian Jewish community.

Litzman is accused of using his previous position as deputy health minister to prevent the extradition of Malka Leifer, the former principal of Melbourne's ultra-Orthodox Adass Israel School, who returned to Israel in 2008 following allegations she had abused female students. 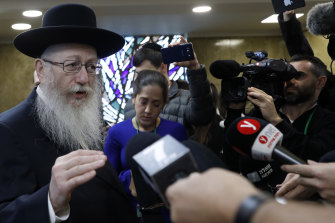 Leifer faces 74 charges of sexual assault in Australia and remains in Israel despite 62 Israeli court hearings being held since an extradition request was lodged in 2014.

She claims to be suffering mental illness and a new psychiatric panel formed in September is due to deliver its assessment in January.

Litzman, who has denied any wrongdoing, is chairman of the ultra-Orthodox United Torah Judaism party – a junior partner in Israel's ruling coalition with the Prime Minister's Likud party.

In February the Times of Israel reported the then-deputy health minister said his intervention in the case was “for the good of the public”.

The Times has also reported on the Adass school's links to the Gur Hasidic sect, of which Litzman is a member. 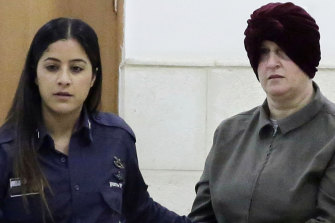 "It's an awful decision and we're surprised and shocked," he told The Age and The Sydney Morning Herald.

Rubenstein said the promotion "must be" related to Netanyahu's quest for political survival, with the Prime Minister facing a third election in quick succession in March after he and Blue and White leader Benny Gantz failed to form a working majority following two recent polls.

"How do you balance moral integrity and pure political survival? We think the Prime Minister has erred on the wrong side on this occasion," Rubenstein said.

He said while the Australia-Israel relationship remained strong, a "certain souring will happen" as a result of Litzman's promotion.

In an open letter to Netanyahu sent in the hours leading up to the decision, Zionist Federation of Australia president Jeremy Leibler warned the appointment would be "a slap in the face to the Australian Jewish community, the Australian people, the community of Australian olim in Israel and most shockingly to the survivors of Malka Leifer’s alleged abuse".

A statement from Israeli police after their investigation into Litzman in August said: "With the end of this investigation the Israeli police's position is that there is enough alleged evidence against Deputy Minister of Health Yaakov Litzman of offences of fraud, breach of trust and impeachment in testimony in the extradition case".

After a farcical hearing earlier this month when the new psychiatric panel appointed to assess Leifer's mental wellbeing failed to turn up, accusers spoke of their fury.

"We feel sick with anxiety," said Dassi Erlich, a former student of the Adass school in the suburb of Elsternwick. "Who didn't get the memo? Was this intentional?"

Along with her sisters, Erlich has been lobbying for Leifer to stand trial in Australia.

"Another nerve-racking month," she said of the decision to schedule another hearing for mid-January. "Will it actually go ahead? How much longer can we hold on?"