Australian cabaret star Matt Gilbertson has been badly injured after falling into an orchestra pit while performing on a cruise ship off the coast of Turkey.

Gilbertson, an Adelaide comedian who performs under the alter ego of camp German accordion player Hans, has a badly injured foot and damaged spine. He will be airlifted from Turkey to London for treatment. 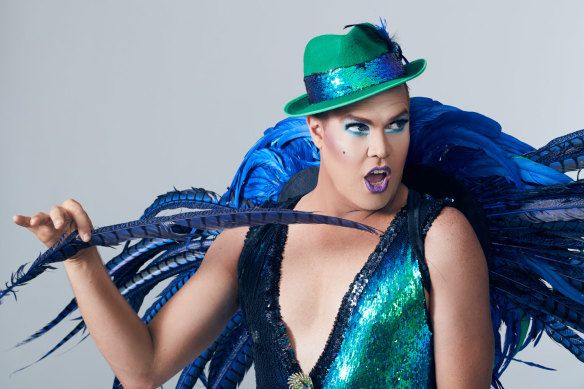 Matt Gilbertson in character as Hans the German accordionist.

“On Thursday night I was involved in an incident on stage while performing on a ship in Europe that saw me falling 4 metres into an orchestra pit,” said a post on the Hans Facebook page.

“It’s resulted in a shattered foot and some slight spinal damage. At this stage the spine looks manageable but I will require extensive surgery on my right foot.”

The injuries ruled the performer out of the Broken Heel festival in Broken Hill next month, the post said.

A video posted to the page showed people lining the railings of the cruise ship and clapping in support as Gilbertson was wheeled into an ambulance at the dockside.

Hans rose to prominence as a performer on America’s Got Talent TV show in 2018.