We have made our live coverage of the coronavirus pandemic free for all readers. Please consider supporting our journalism with a subscription.

States that fully vaccinate 80 per cent of people aged 16 and older will be able to resume international travel, as the Prime Minister said a new deal will double Australia’s vaccine supplies for September will speed up reopening.

National cabinet also discussed which other restrictions can be dropped once double dose targets are reached, and considered home quarantine for vaccinated return travellers, but no decisions have been made.

While people from Victoria and NSW may be able to go overseas within months, they will not be able to travel to Western Australia until next year. WA Premier Mark McGowan said he will keep his border shut until well after 80 per cent of the state’s eligible population is fully vaccinated.

In a vaccine swap with Britain, Australia will get a further 4 million Pfizer doses this month, on top of the 500,000 doses from a deal with Singapore announced earlier this week.

System overload: Why Victoria’s health network is on its knees

It was the type of tragedy that should never happen in Melbourne. A young mother was rushed to the Werribee Mercy Hospital by ambulance but instead of getting the critical emergency care she needed she was forced to wait.

The 27-year-old had recently given birth when she suffered from a suspected postpartum hemorrhage – a serious but treatable condition that can lead to excessive blood loss and a severe drop in blood pressure. By the time she was accepted by the hospital, reportedly more than an hour after arriving at the emergency department, she could not be saved. 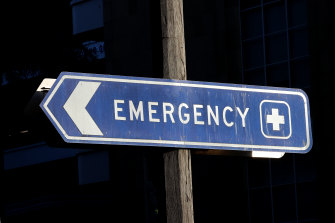 The Victorian hospital system is facing an emergency crisis of its own.Credit:Dylan Coker

The death in June last year, confirmed by The Age this week, is one of a number of “adverse events” being reported. The system, according to the people who work within it, is struggling to cope with unprecedented demand during the global pandemic.

An Age analysis of performance data has found that virtually every part of the service is deteriorating: from ambulance response times and access to mental health beds, to dental waiting lists and the number of hospital patients receiving urgent treatment. Patients are arriving sicker after putting off care or having their surgeries delayed due to the pandemic.

Sydney firefighters and more paramedic graduates are on standby to bolster the NSW COVID-19 response as the state prepares for the biggest surge in cases since the start of the pandemic, with Premier Gladys Berejiklian expecting a peak in the next fortnight.

The state recorded 1431 cases on Friday and 12 deaths, the highest numbers recorded in a 24-hour period since the pandemic began. Ms Berejiklian foreshadowed the healthcare system would probably operate differently in the near future. 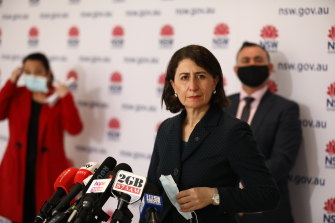 NSW Premier Gladys Berejiklian has warned repeatedly that October will be “the worst month for our hospital system”. Just how much worse remains unclear.Credit:Dominic Lorrimer

“Given the potential for continuing increased demand, we are likely to see increased numbers of patients transported to hospital with Covid-19,” Dr Morgan said, adding some options include accelerating more graduates into the workforce, cancelling annual leave and partnering with other emergency service organisations.

A Fire and Rescue NSW spokesperson said “it does not have medical transport capabilities” but is preparing to provide other assistance.

Good morning. I am Laura Chung and I’ll be taking you through this morning’s events. Let’s start with yesterday’s key points. 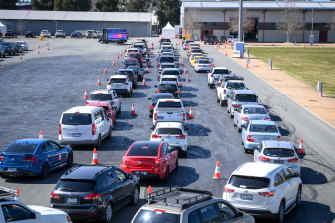 Queues were lengthy for day-13 testing in Shepparton, in Victoria, on Thursday. Credit:Eddie Jim 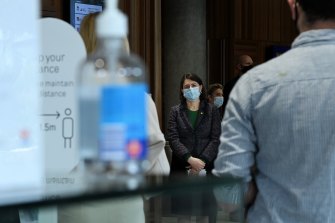 NSW Premier Gladys Berejiklian has foreshadowed the healthcare system would probably operate differently in the near future.Credit:Photo: Kate Geraghty