Dozens of migrants have been pictured arriving into Dover today after small boat crossings continued following a break in poor weather conditions.

At least 100 asylum seekers were intercepted in the English Channel on Tuesday, with a steady stream of men, women and young children brought into harbour at Dover throughout the morning.

Border Force vessels and RNLI lifeboats were pictured with dozens of migrants aboard, while a small boy was carried carefully from a lifeboat by a soldier in Army fatigues as his family came ashore onto the gangway up to the quayside where immigration officers were waiting for them.

A father wearing a face mask was also seen carrying his young son off a Border Force vessel after navigating busy shipping lanes to arrive in Britain on Tuesday.

With weather conditions improving, it is believed more small boats will attempt the treacherous 21-mile crossing through the day with a number in mid-Channel.

As 35 migrants arrived in Dover by dinghy on Monday morning, some illegal immigrants already in Britain will be told they will be sent to Africa and will only have a week to provide detailed reasons as to why they should not be removed from the UK.

Due to a change in weather conditions they were the first arrivals since May 23 when 252 people reached British soil, due to wet and stormy weather at sea.

The Home Office declined to comment on claims the deportation orders are imminent – but is readying itself for a legal battle over the policy.

A spokesman said: ‘We are fully committed to working with Rwanda to get the arrangement operational as soon as possible.’ 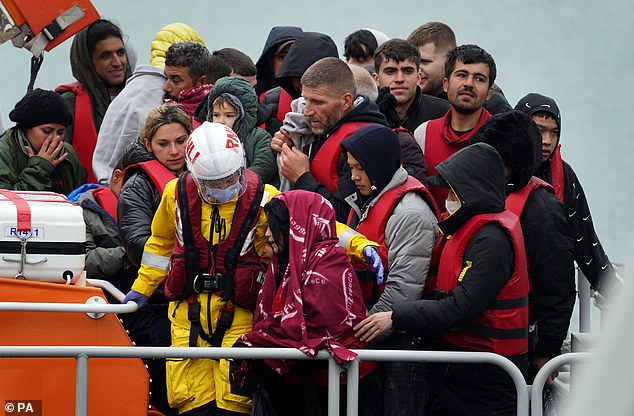 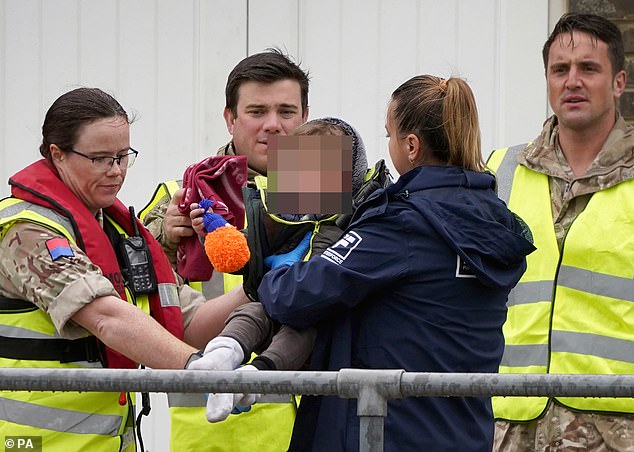 Military personnel help a young child amongst a group of people thought to be migrants as they are brought in to Dover, Kent, following a small boat incident in the Channel 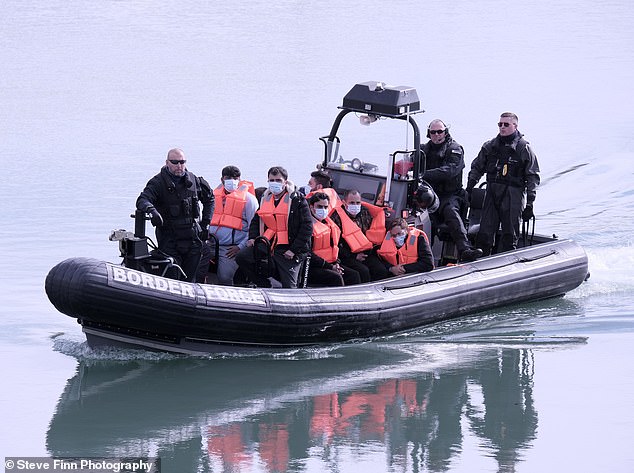 Data released by the MoD reveals that at least 2,637 people have reached the UK in 87 boats so far during the month of May 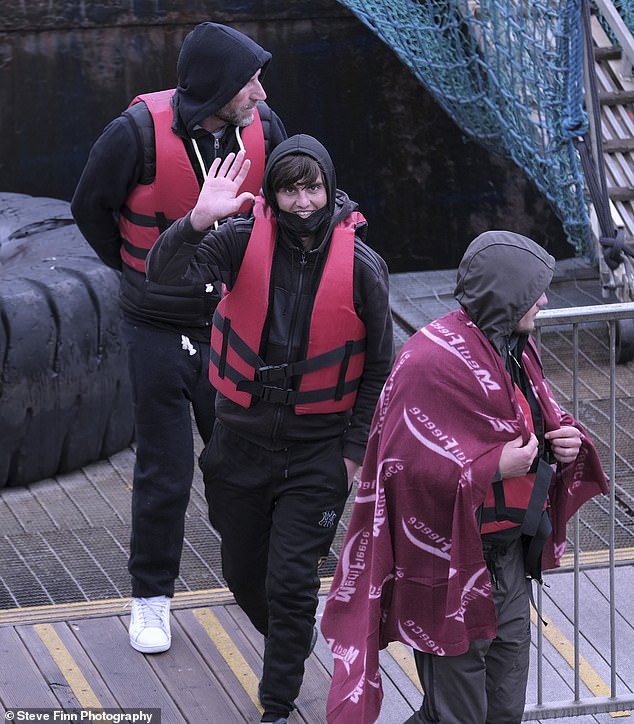 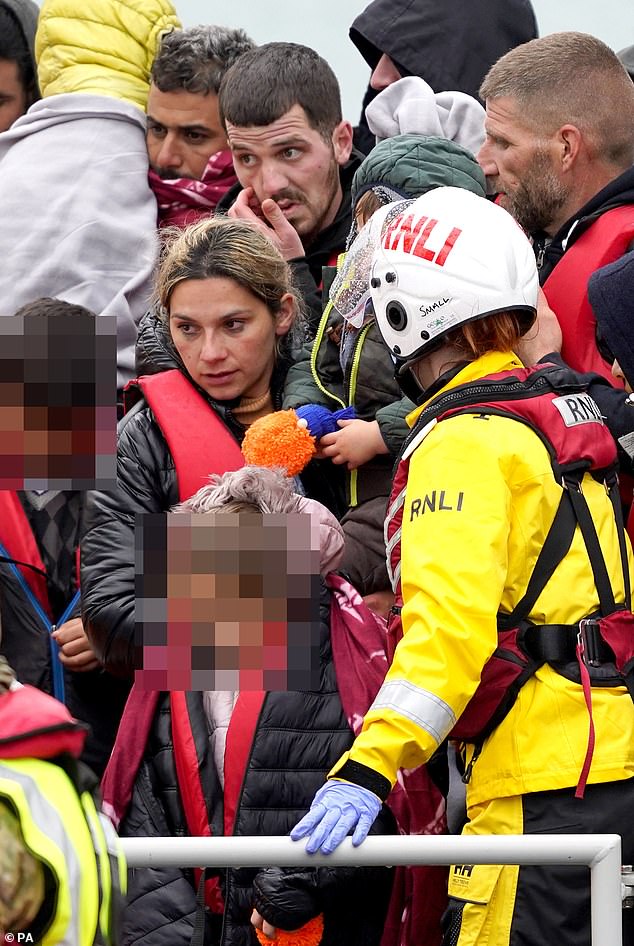 Asylum claims have more than doubled in a year and hit the highest level for nearly two decades, figures released last Friday showed.

Desperate families making their way from France to the UK are being put in increasingly dangerous situations as human traffickers tell them it was their ‘last chance’ to get to the UK before the Rwanda scheme.

Despite a seven-day break in migrants attempting to cross the English Channel, data released by the MoD reveals that 2,637 people have reached the UK in 87 boats so far during the month of May.

Minister for Justice and Tackling Illegal Migration, Tom Pursglove MP, has said: ‘The rise in dangerous Channel crossings is unacceptable.

‘Not only are they an overt abuse of our immigration laws but they also impact on the UK taxpayer, risk lives and our ability to help refugees come to the UK via safe and legal routes. Rightly, the British public has had enough.

‘Through our Nationality and Borders Bill, we’re cracking down on people smugglers and fixing the broken system by making it a criminal offence to knowingly arrive in the UK illegally and introducing a maximum sentence of life imprisonment for those who facilitate illegal entry into our country.’

It comes as new data showed the number of migrants to cross the Channel by boat was three times higher in the first three months of 2022 than during the same time last year.

The Home Office said there were 55,146 asylum applications in the year to March, not including dependents – up 102 per cent on the previous 12 months and up 56 per cent on pre-pandemic levels.

Of those, 31,703 arrived by small boat across the Channel. Deportations slumped for the ninth year in a row, down 18 per cent year on year to 2,800 – the lowest on record.