THE AstraZeneca vaccine has been once again ruled totally safe by the EU regulator today.

The declaration comes after Germany banned the jab for under-60s due to fears it causes blood clots. 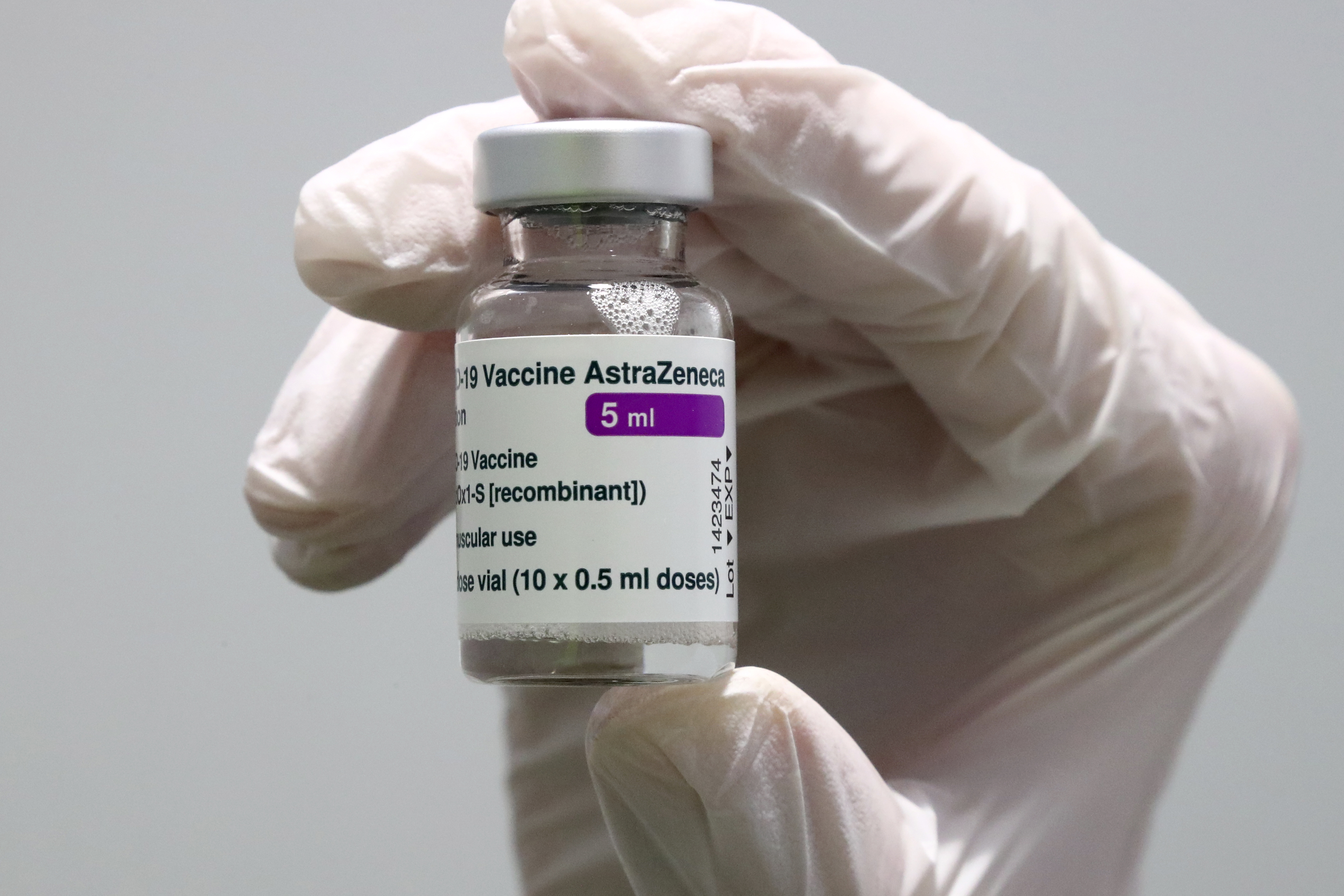 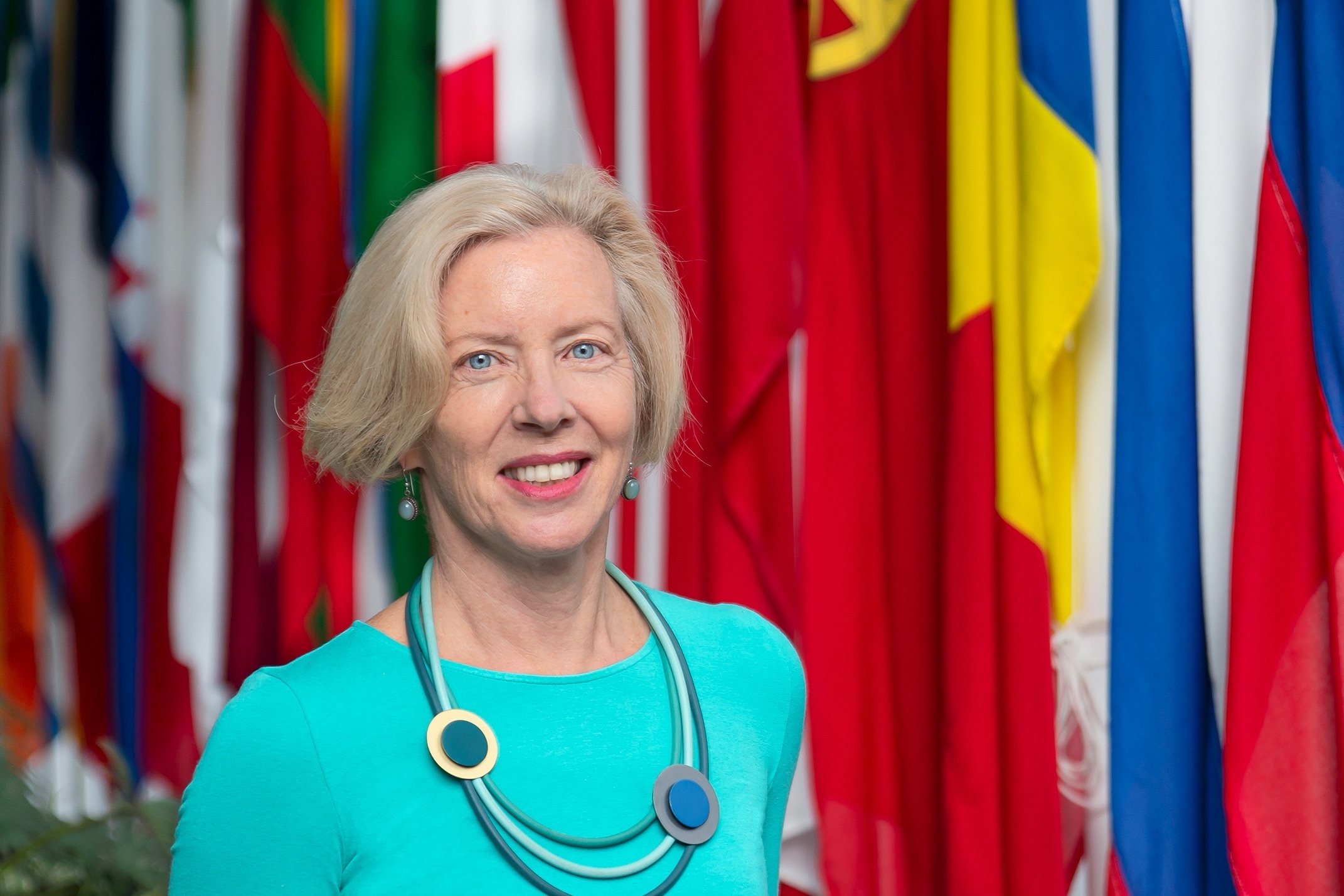 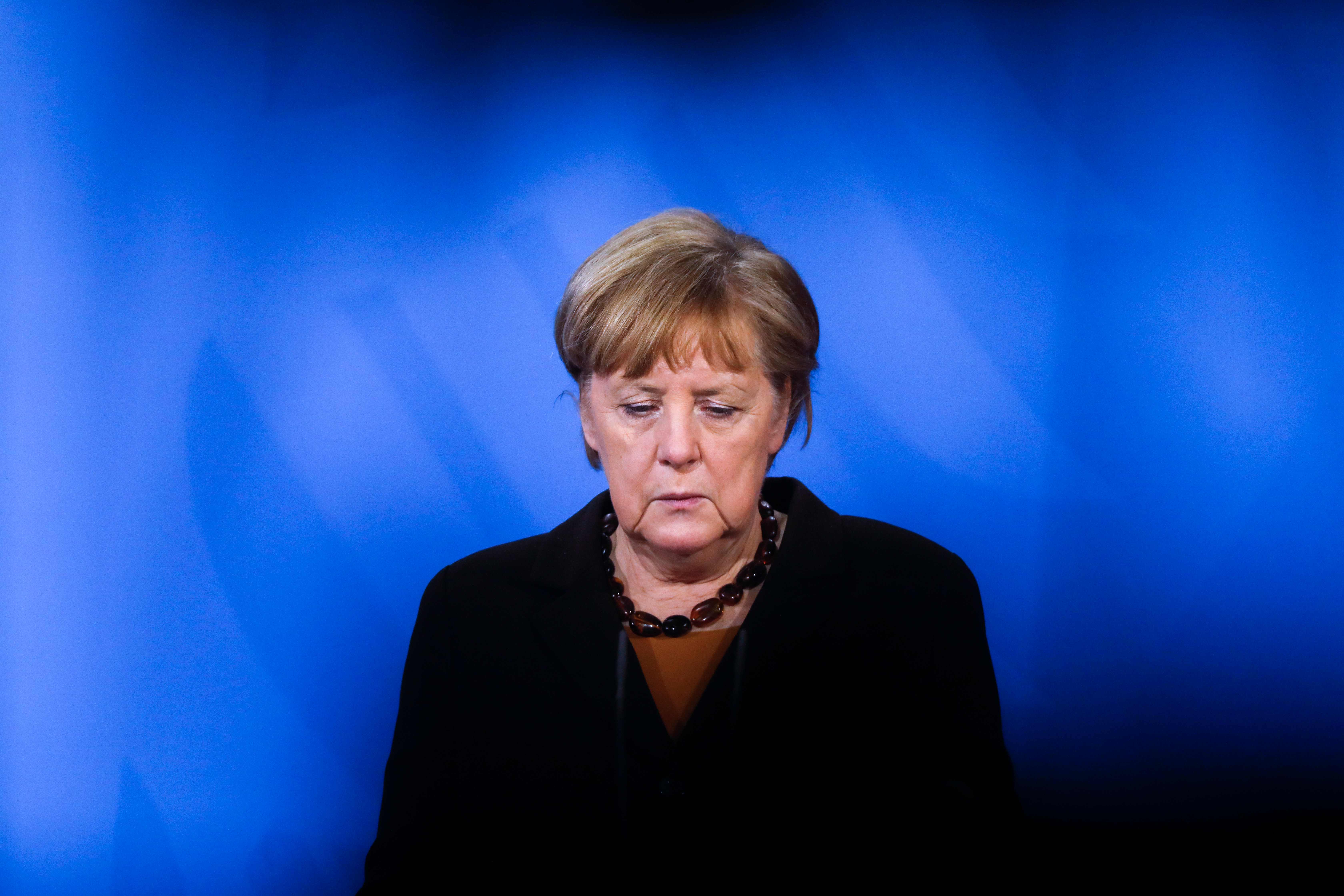 European Medicines Agency executive director Emer Cooke said there was "no evidence" that the AstraZeneca Covid vaccine should be restricted.

The EMA said that the benefits of the jab outweigh the risks.

The agency said: "A casual link [of blood clots] with the vaccine is not proven, but is possible and further analysis is continuing."

German Chancellor Angela Merkel is adamant she'll have the jab despite the country banning it for under-60s.

The country will restrict the use of AstraZeneca's Covid vaccine to people aged 60 and over and high-priority groups, Ms Merkel announced on Tuesday.

However, she told a press conference that she would be happy to receive the Astrazeneca jab.

Merkel, 66, said: "I have said when it is my turn, I will get vaccinated, also with AstraZeneca. The possibility of me being vaccinated is nearing."

The shock decision comes days after France, Italy and Germany resumed their rollout out of the AstraZeneca vaccine after the EU finally declared it safe.

Germany and France were slammed for flirting with Vladimir Putin over the Sputnik V vaccine after trashing the AstraZeneca jab.

Critics warned they risk handing the Kremlin a major PR victory at a time when it is increasing its aggression towards the EU.

Lithuanian MEP Petras Auštrevičius said Moscow was using the shot as "a well-directed PR stunt" and urged the bloc to reject it.

He told The Sun: "Russia is exploiting the Covid-19 pandemic to portray itself as a global power with a so-called strong humanitarian policy line.

"Its intentions are openly hidden in the name of Sputnik V, which if translated, means ‘a satellite’ or a satellite in the orbit of Russia.

"We should not be fooled by Russia’s attempts to present itself as a partner to the West in fighting the COVID-19 pandemic."

Italian MEP Paolo Borchia said Paris and Berlin were being motivated by an "obsessive hatred of Brexit Britain".

He warned: "They would rather hand Putin's Russia a PR victory on the Sputnik jab rather that used the British AZ vaccine which they have already paid for.

"Macron and Merkel detest a democratic Britain so much they are willing to hug the big Russian Bear.

"It's a quite astounding decision by any standard. Pragmatism should be used, not blind ideology."

Former Brexit Party leader Nigel Farage fumed: "For years I was slandered in the EU Parliament for 'Russian Collusion'.

"Now France and Germany want the Sputnik vaccine. The hypocrisy is incredible."

An EU Commission spokeswoman said: "There has not been a request for marketing authorisation by Sputnik."

But that hasn't stopped a number of EU states placing orders for it.

So far 233,295 doses of the vaccine have been administered, all in Hungary.

The country received another 250,000 shots overnight as it breaks away from the bloc's main jabs scheme.

Austria is set to become the second EU member to buy them in, and plans to place an order for a million jabs next week,

Chancellor Sebastian Kurz said: “There must be no geopolitical blinkers when it comes to vaccines.

"The only thing that matters is whether the vaccine is effective and safe, not where it comes from."

Other states like Italy, the Czech Republic, Slovakia are also looking at signing contracts.

Brussels sources said if all other vaccine suppliers deliver on their promises Sputnik shouldn't be needed for use in the EU.

One said: "They don't yet have enough production facilities in Europe, and if the others make good on their supplies there's no need.

"But if the others stall and Sputnik can offer assured supplies, I don't see a reason other than political motives not to enter talks."
The bloc could also become a major manufacturing hub for supplying the rest of the world.

An EU diplomat told The Sun: “This is clearly a politically charged debate right now in Europe.

"If the vaccine is approved, it will then come down to decisions by individual countries as to whether they want to use it.

"For the likes of France and Germany there's no reason not to. But those that have experienced Russian aggression won't be so keen."

Scientists believe they have uncovered why people who have recently had the AstraZeneca Covid vaccine have suffered blood clots.

A handful of the millions of people who have received the vaccine in Europe have experienced the extremely rare complication.

While it is still uncertain whether this was directly caused by the vaccine, scientists in Europe say they have an explanation.

Two studies, in Germany and Norway, claim the shot may cause the body to activate its own platelets – blood cells which form clots to stop bleeding.

This causes the blood to thicken, leading to potentially deadly clots.

Noweigan professor Pål Andre Holme claimed this was the “most likely” cause.

But independent scientists said the theory is based on the "weakest evidence", and gave no further answers.

Millions of people across the world have had the AstraZeneca vaccine – developed by Oxford University – without any complications.

Regulators have stressed that the benefits of the jab, to prevent Covid deaths, far outweigh any potential risks.

European regulators say there is no overall increased risk of blood clots in people who get the shot, or that from Pfizer.

But it is unclear whether a very small number of brain blood clots – including five in the UK, one of whom died – were the result of the jab.

The condition, called CVST, occurred with low blood platelets and is an extremely rare combination of events.

It’s so rare, UK regulators at the MHRA said they did not know how often it happens in the general population.

While investigations continue, people have been urged to accept their vaccine offer when it comes.

If anyone experiences headaches or severe bruising after their jab, they should seek medical help immediately, experts have warned.

The German study, led by the University of Greifswald, looked at nine patients in Germany and Austria who had some form of blood clotting after one AZ shot, seven of whom had a blood clot.

They believe the phenomenon is similar to a rare disorder that occurs with a blood thinning drug called heparin.

Heparin can trigger the immune system to create antibodies that fire up the platelets.

This is called “heparin-induced thrombocytopenia (HIT)”, and can also be caused by other drugs, leading the scientists to believe it could be the case for the AZ jab, too.

Researchers said four people studied had these antibodies in the blood.

And 20 individuals who received the vaccine but did not develop clots did not have these antibodies.

Adam Finn, professor of paediatrics at the University of Bristol, said the study had “several limitations” that make its findings less convincing.

For example, it was not investigated whether the patients had previously had Covid – a risk factor for blood clotting in itself.

He said: “The authors’ conclusion that the relationship with vaccination is causative seems insecure at this point and further information on incidence and mechanism in this and other populations is therefore urgently needed to resolve this question. 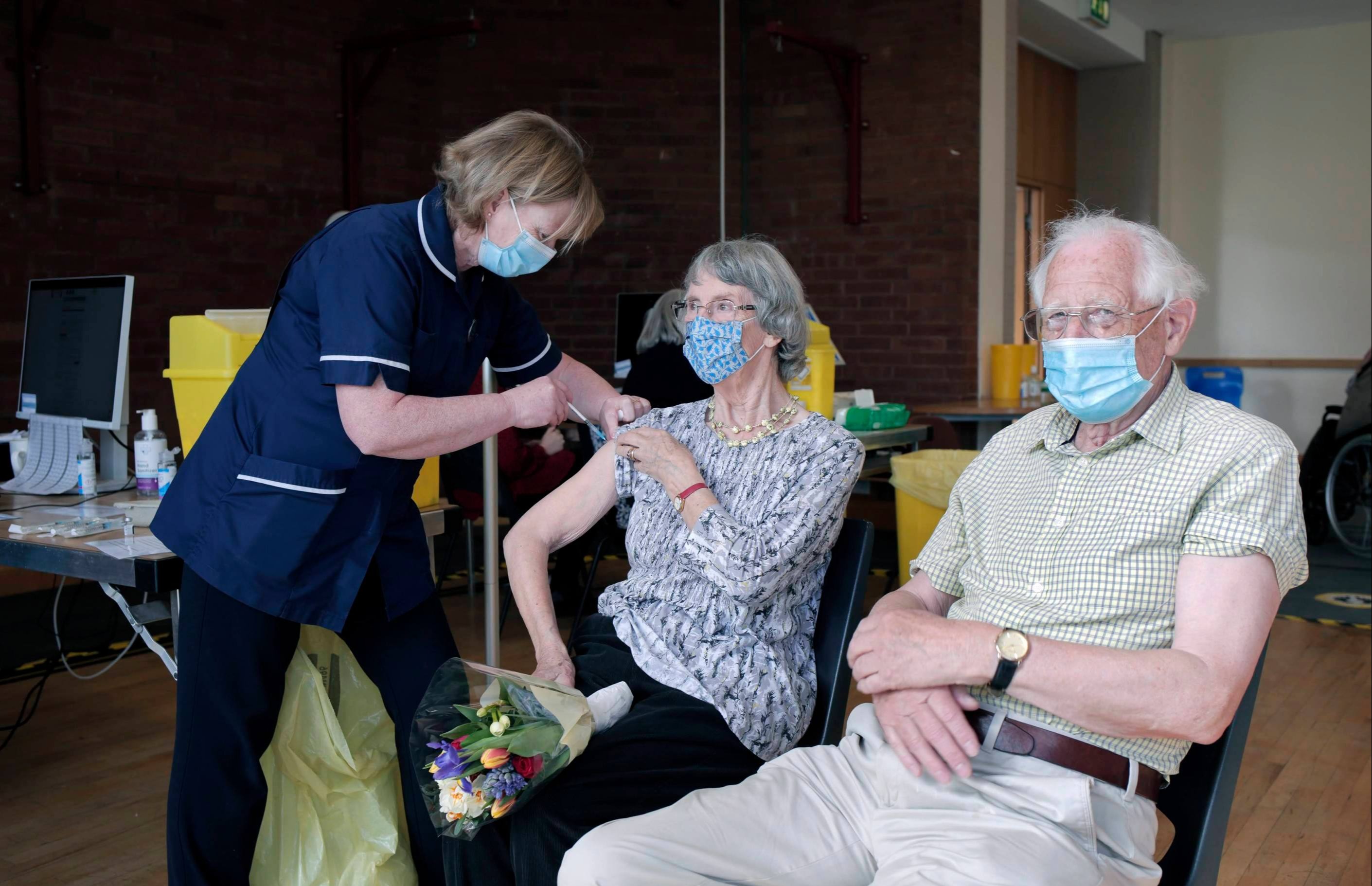