The 14 karat hoop earrings, along with other pieces she wore, were promotional gifts from jewelry brand Mejuri. 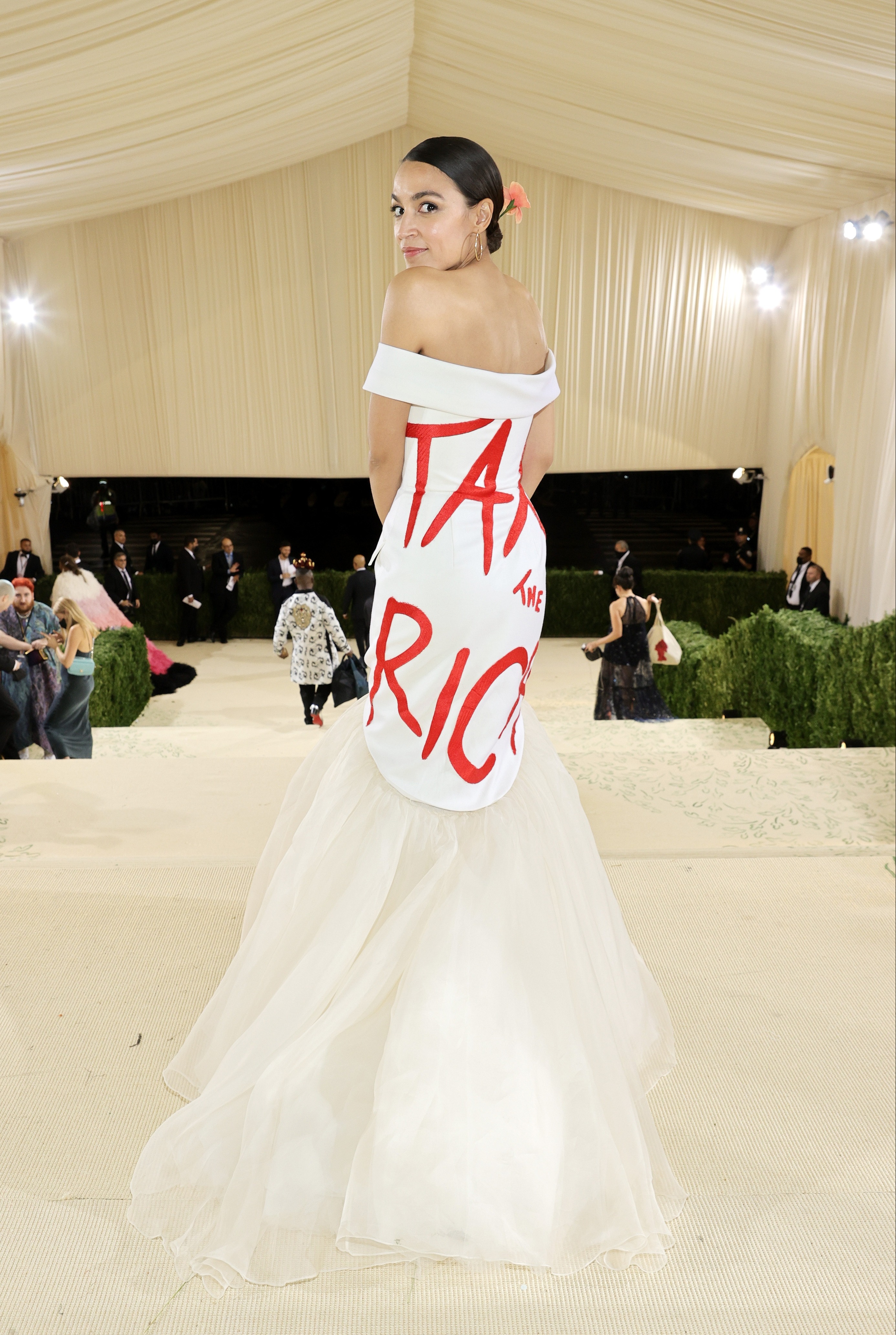 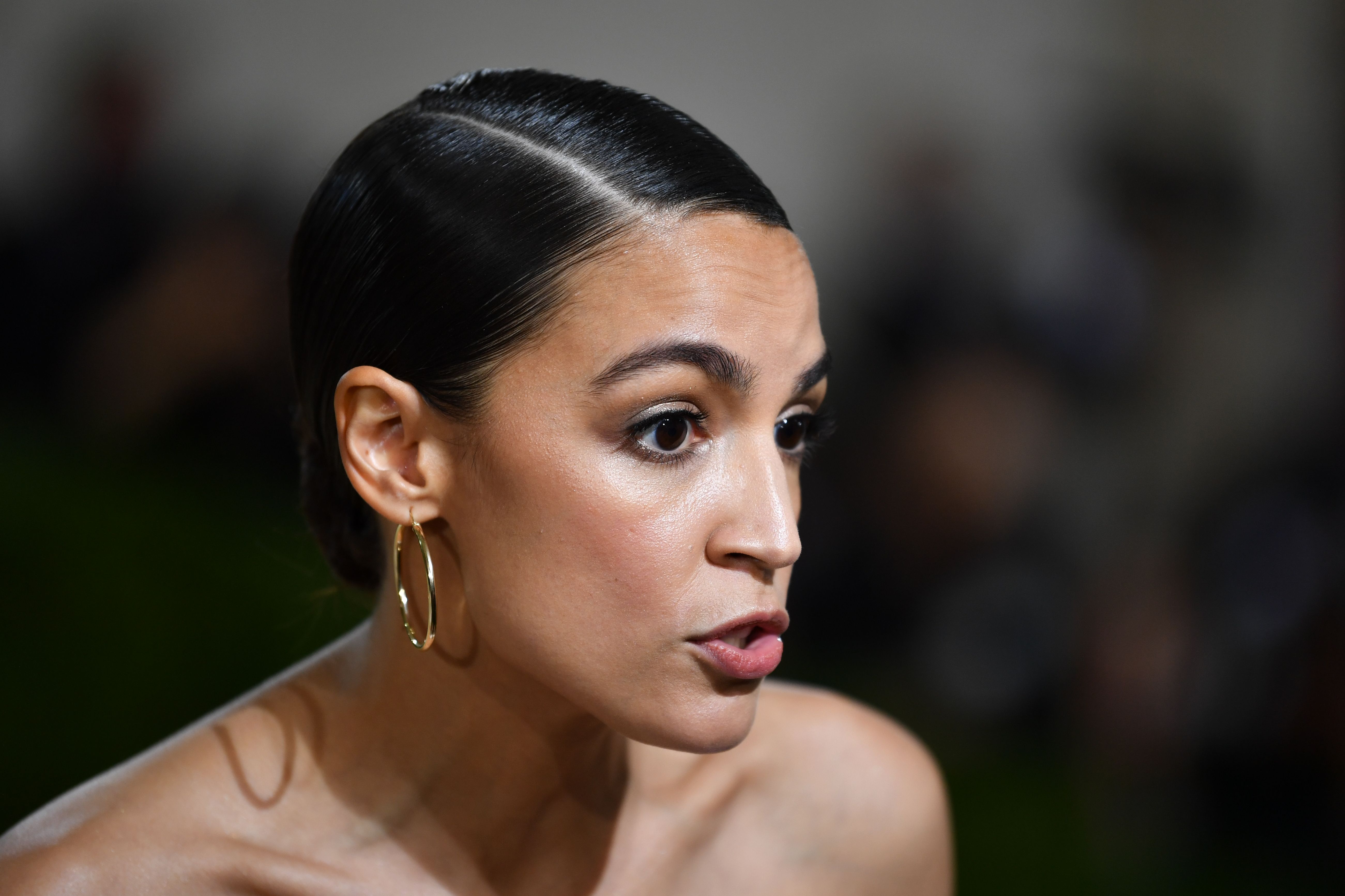 A press release from the brand read: "Alexandria Ocasio-Cortez wore multiple pieces from the leading fine jewelry brand Mejuri to the 2021 Met Gala: In America: A Lexicon Of Fashion. Alexandria wears the Large Tube Hoops and Dome Ring."

The bling accompanied her signature dress, a white gown with "Tax the Rich" written across the back, designed by New York-based Aurora James.

In the caption of her Instagram photo of the dress, the congresswoman excused her participation as an "elected official" in the gaudy conspicuous consumption of the event.

"And yes, BEFORE anybody starts wilding out – NYC elected officials are regularly invited to and attend the Met due to our responsibilities in overseeing our city’s cultural institutions that serve the public. I was one of several in attendance."

She also praised the designer of her dress for "kicking open" the doors of the Met with her.

"Proud to work with @aurorajames as a sustainably focused, Black woman immigrant designer who went from starting her dream @brothervellies at a flea market in Brooklyn to winning the @cfda against all odds – and then work together to kick open the doors at the Met."

The caption continued: "The time is now for childcare, healthcare, and climate action for all. Tax the Rich.

"The medium is the message," the caption added, a reference to the essay by theorist Marshall McLuhan, who wrote that the form in which a message is communicated can be more important than the message itself.

But many in the comments slammed the "medium" of her "message," namely, rubbing elbows with the same people she has previously criticized for recent rapid increases in income inequality.

One wrote: "You wore this at an event with a lot of rich people though? When does the message actually become the deed?"

"Performative activism with a Dr. Seuss font," another wrote of the dress' lettering.

"That ticket is a 'working class' persons annual income. Eat the rich tho" another said of the staggering cost for the event.

AOC has previously voiced her approval of taxing the "ultra wealthy."

In a tweet last year, she said that level of wealth is "simply not good for society."

"Because THAT kind of rich is simply not good for society, & it’s like 10 people."

It comes as she is expected to support a new tax proposal from House Democrats that would fund their $3.5trillion budget reconciliation package to go towards healthcare, child care, and education.

In order to pay for the increased spending, the lawmakers propose increasing the capital gains rate from 20% to 25%, which would hit individuals making more than $400,000 a year and couples more than $450,000. 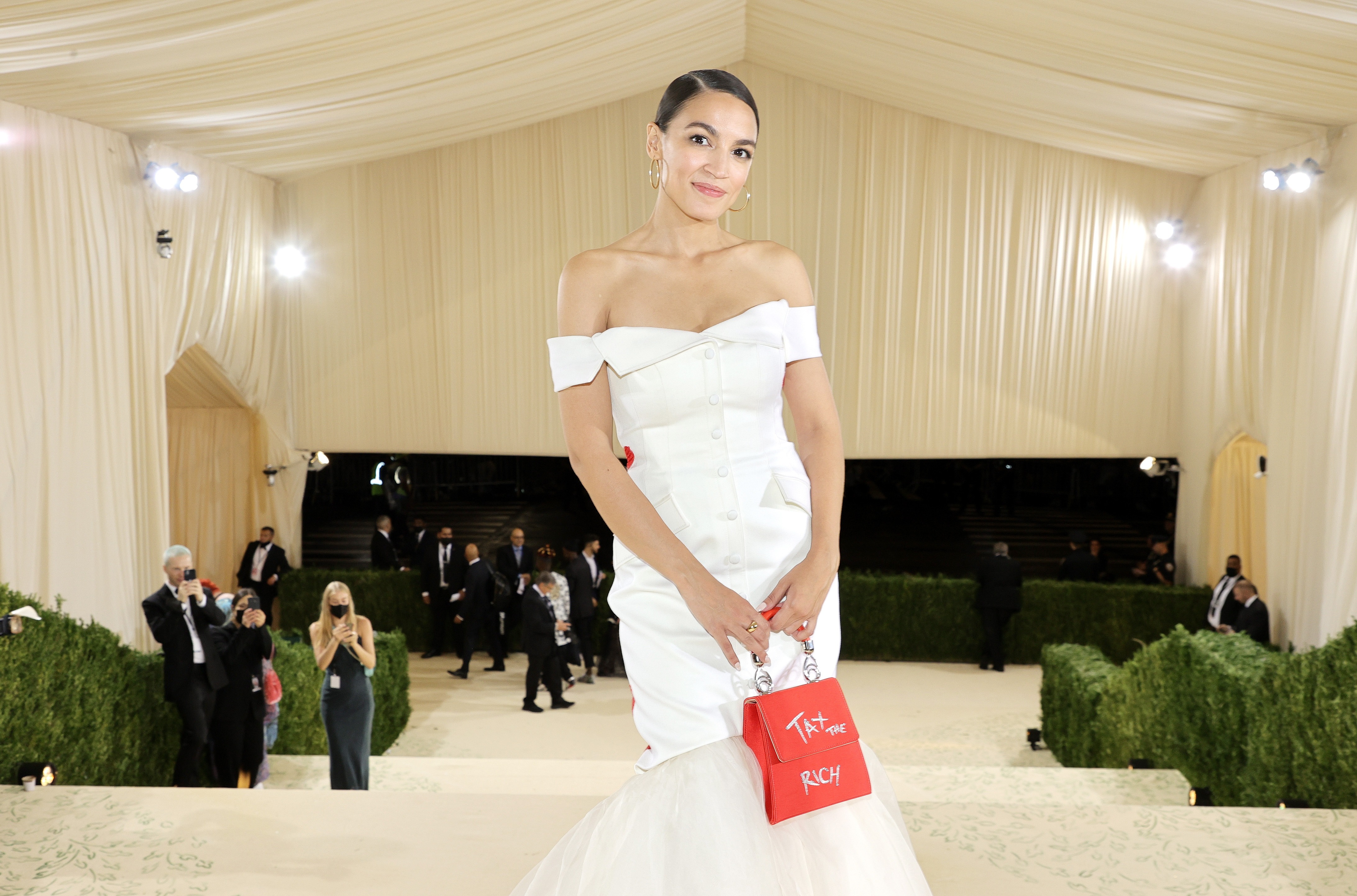