HUNDREDS of anti-mask protesters and members of armed militia gathered outside the Ohio statehouse on Saturday to protest face coverings. 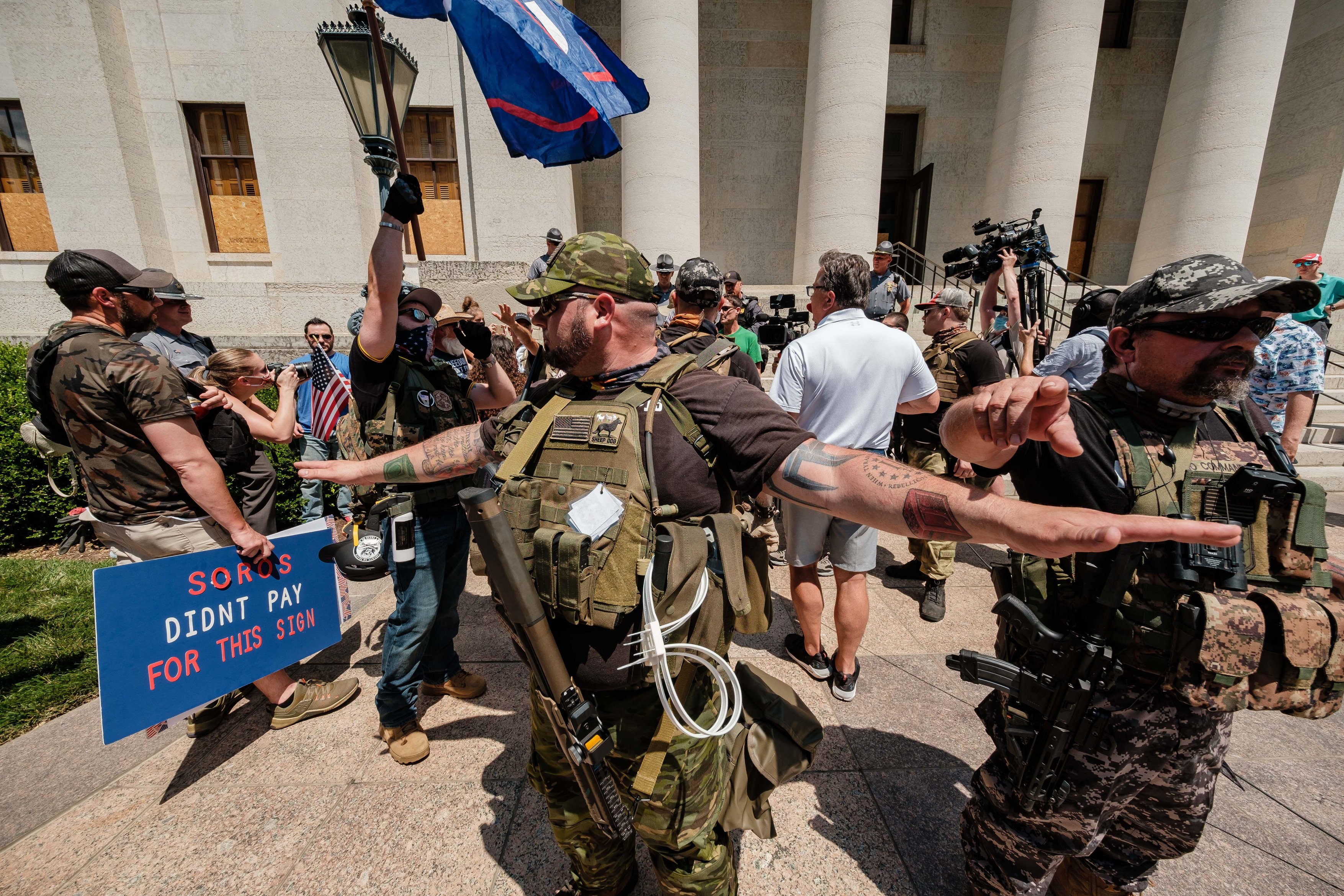 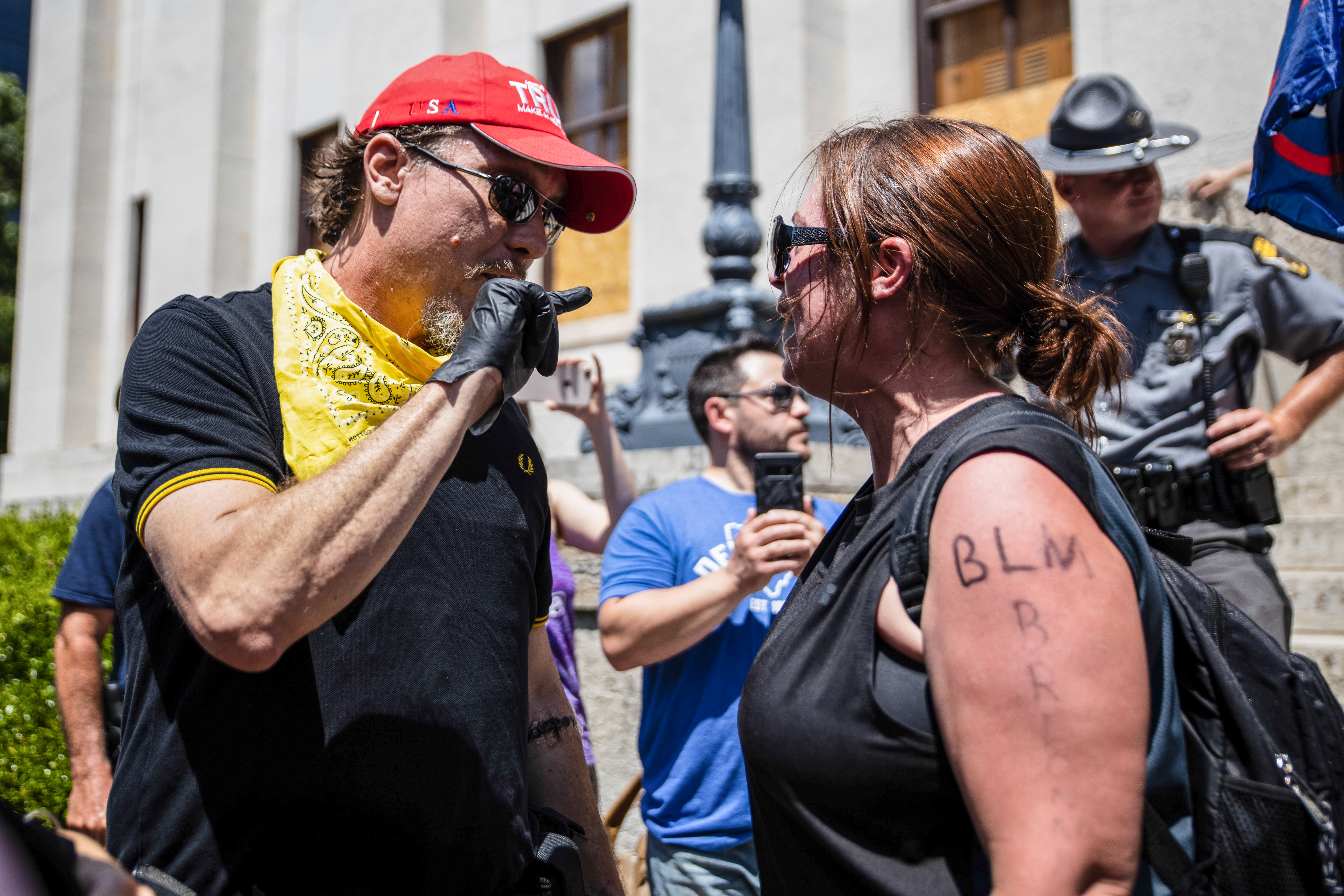 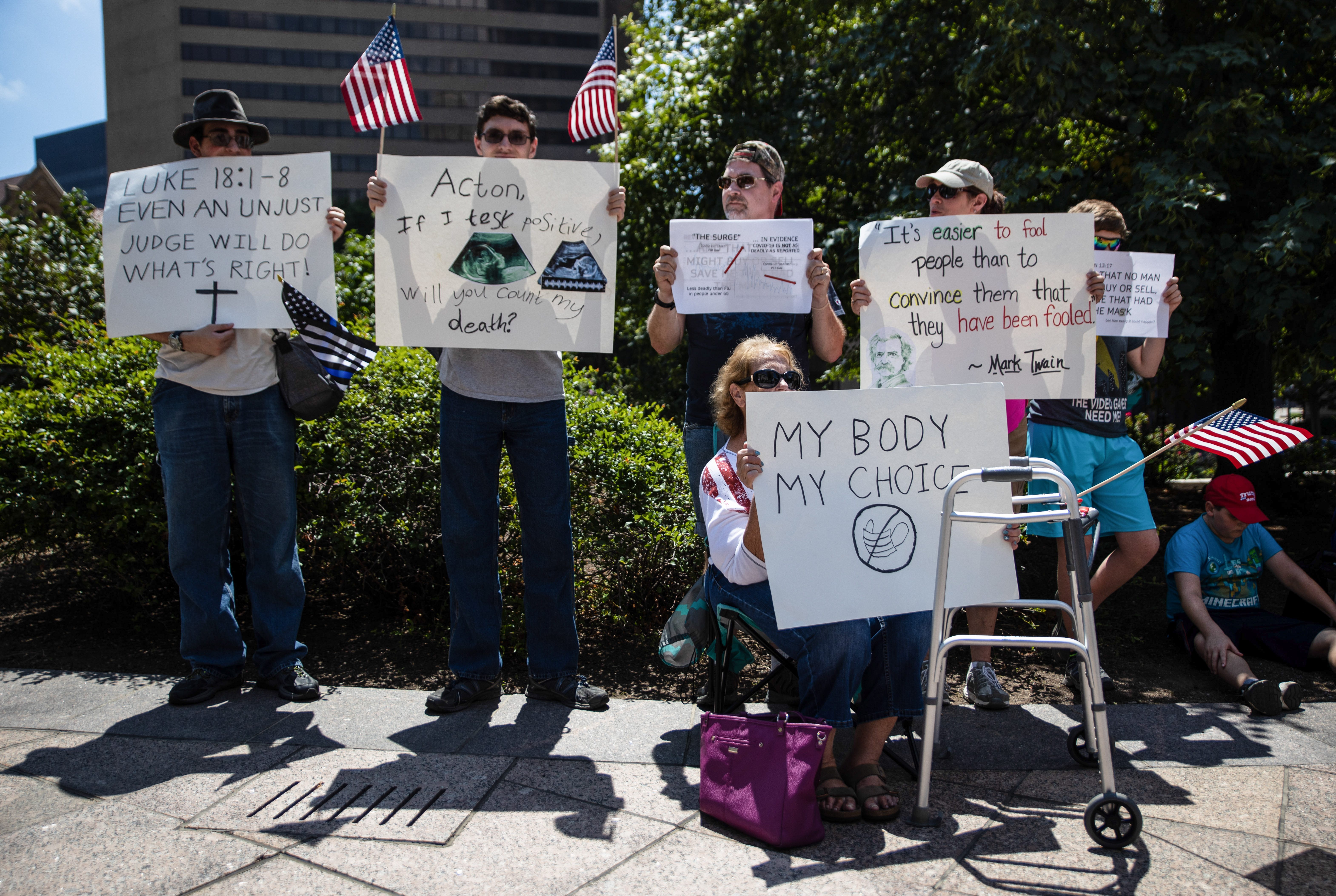 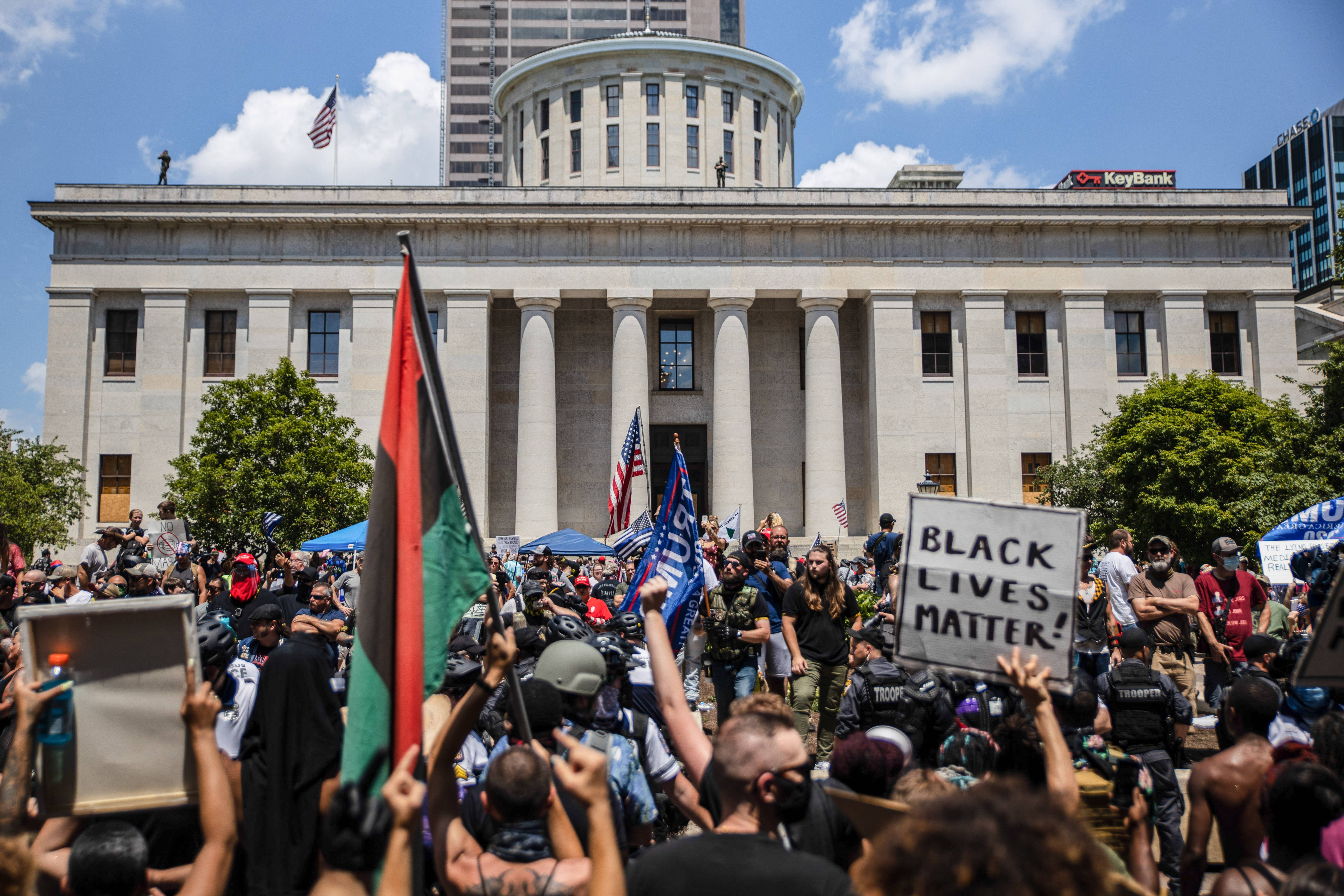 Protesters held signs that read: "IS IT ABOUT THE VIRUS? OR ABOUT CONTROL?", "NO MASKS," and "MY BODY MY CHOICE."

Others demanded that schools are reopened without restrictions.

Demonstrators claimed doctors who urged them to cover their faces amid the coronavirus pandemic are wrong, and that case numbers and death rates are skewed, The Columbus Dispatch reported.

Members of the militia – who were reportedly contracted as security for the demonstrations – were seen their arms out during the "Stand For Freedom Ohio" event.

A flyer for the protest said that "security" would be given by a "militia, military veterans, bikers and patriot groups," WXYX reported. 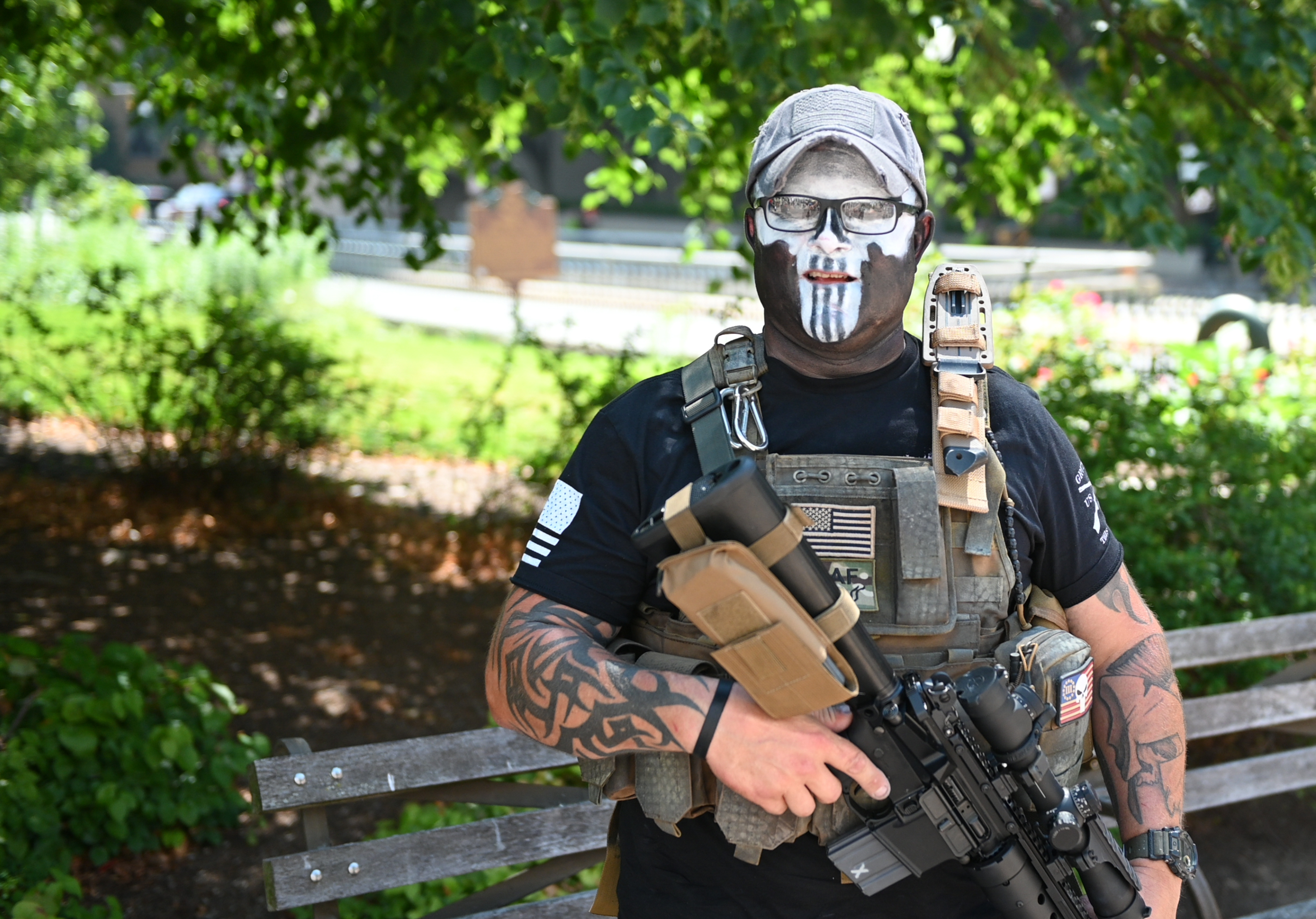 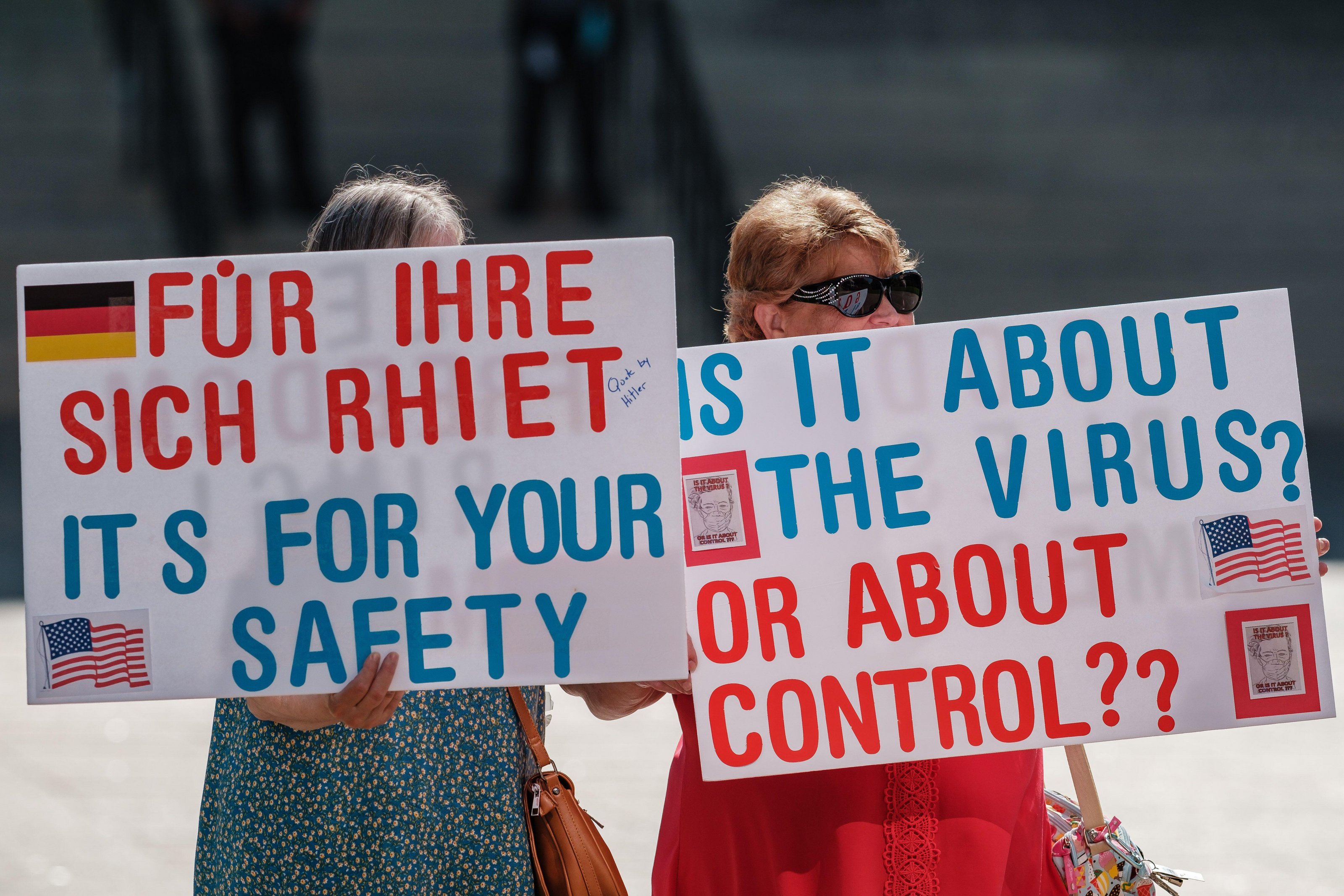 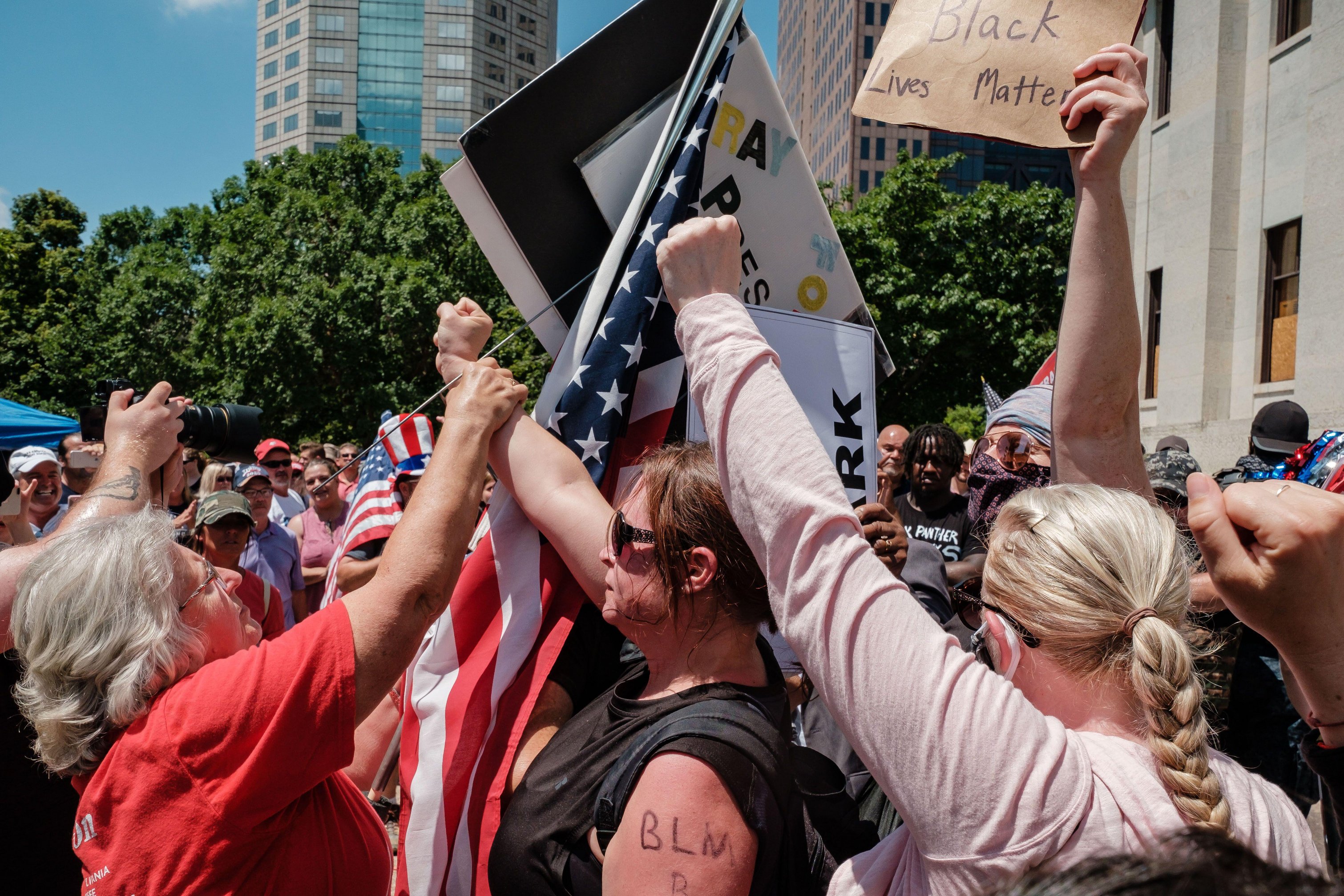 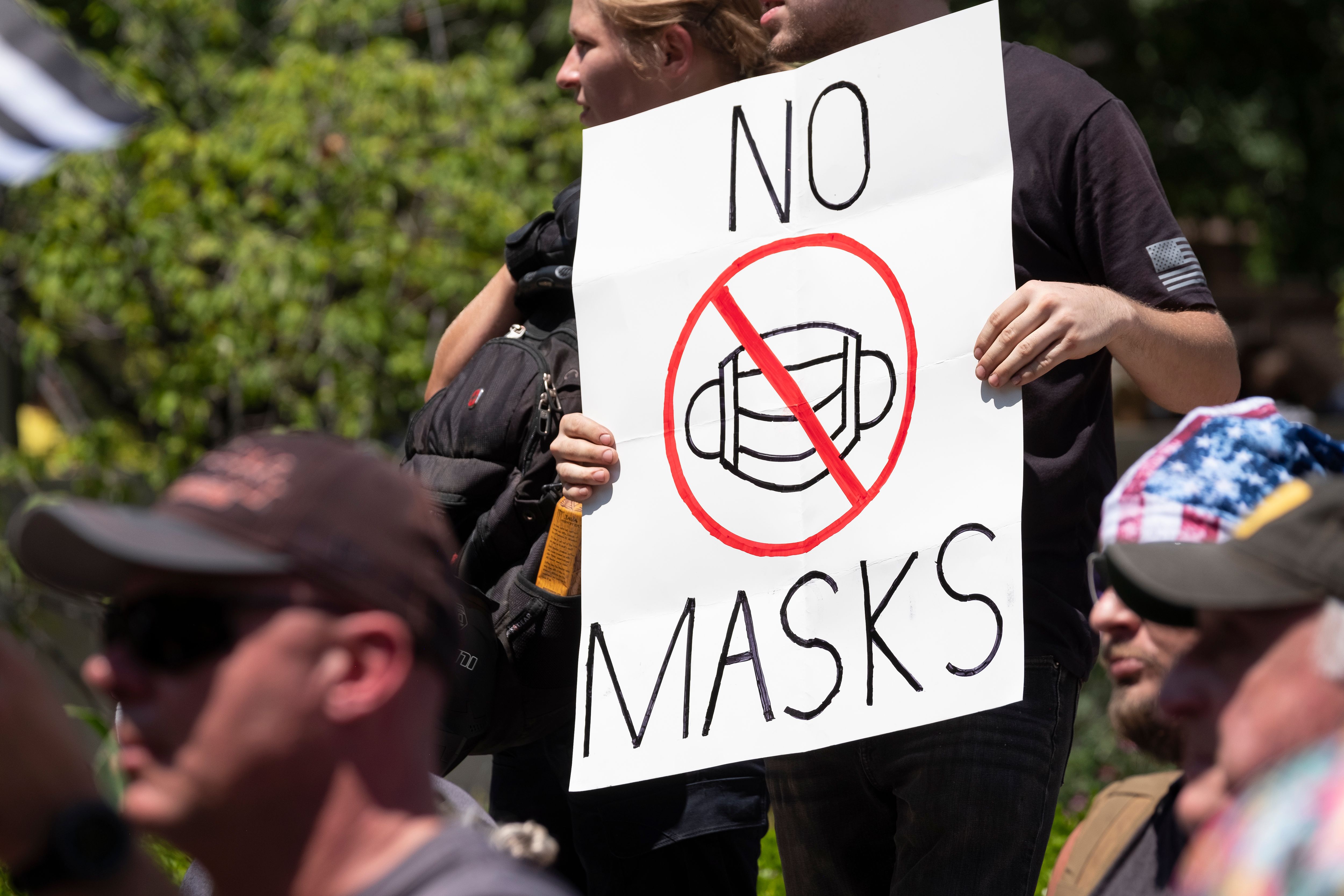 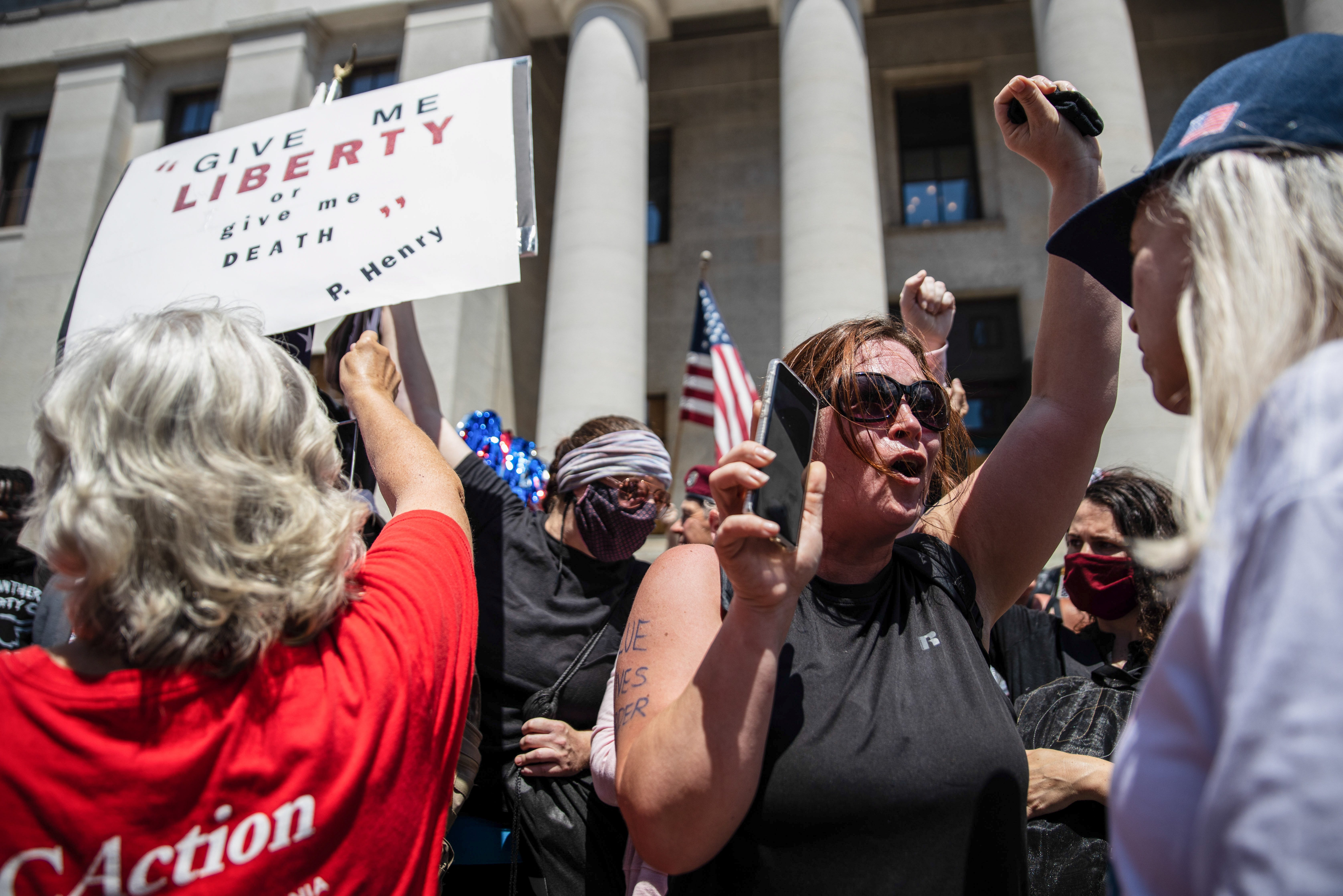 Nearby, Black Lives Matter demonstrators gathered as a counter-protest.

No violence was reported between the two demonstrations, The Daily Mail reported.

The protest in Ohio came after a record day for COVID-19 cases in the state.

More than 1,700 cases were confirmed on Friday, according to Johns Hopkins University. 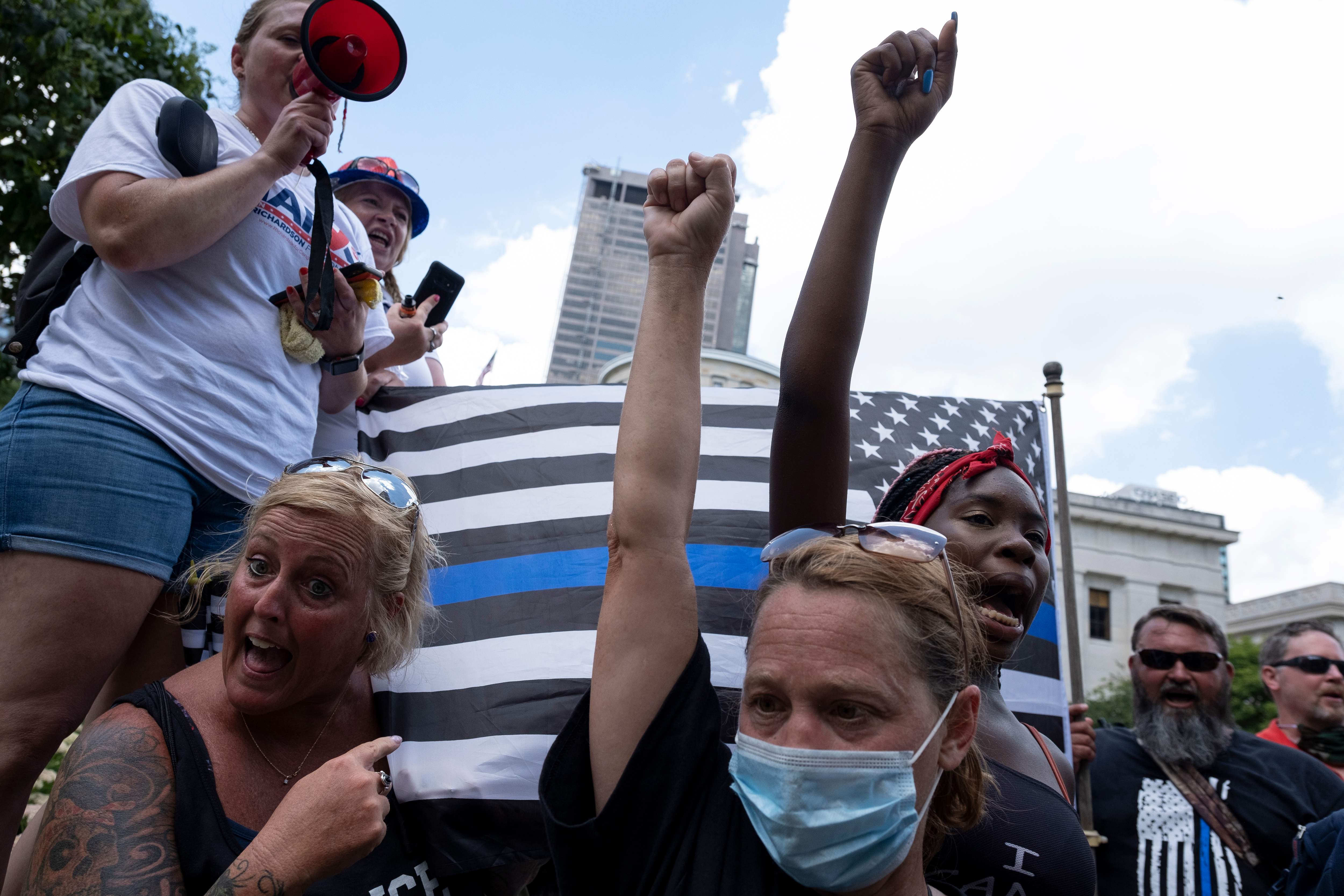 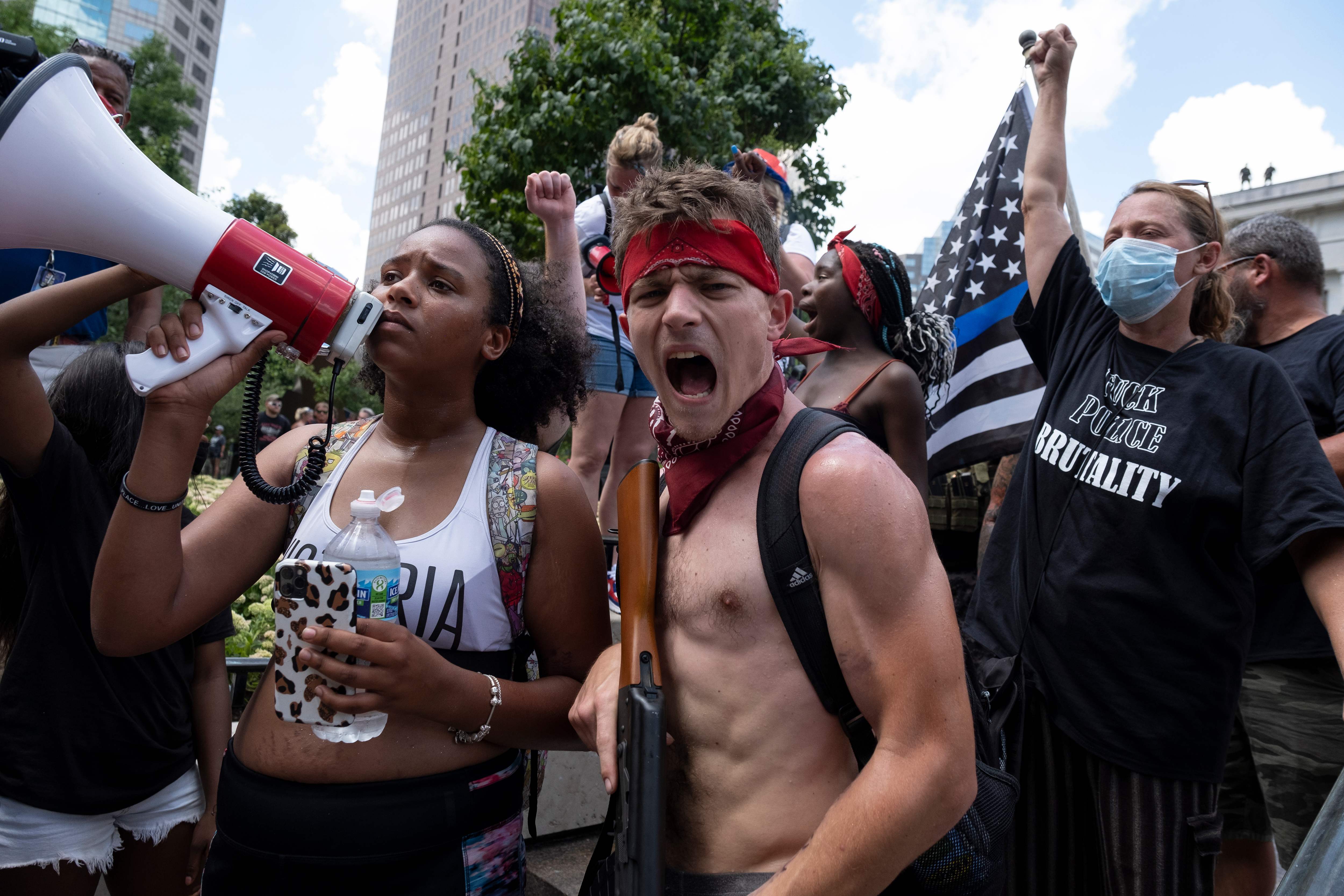 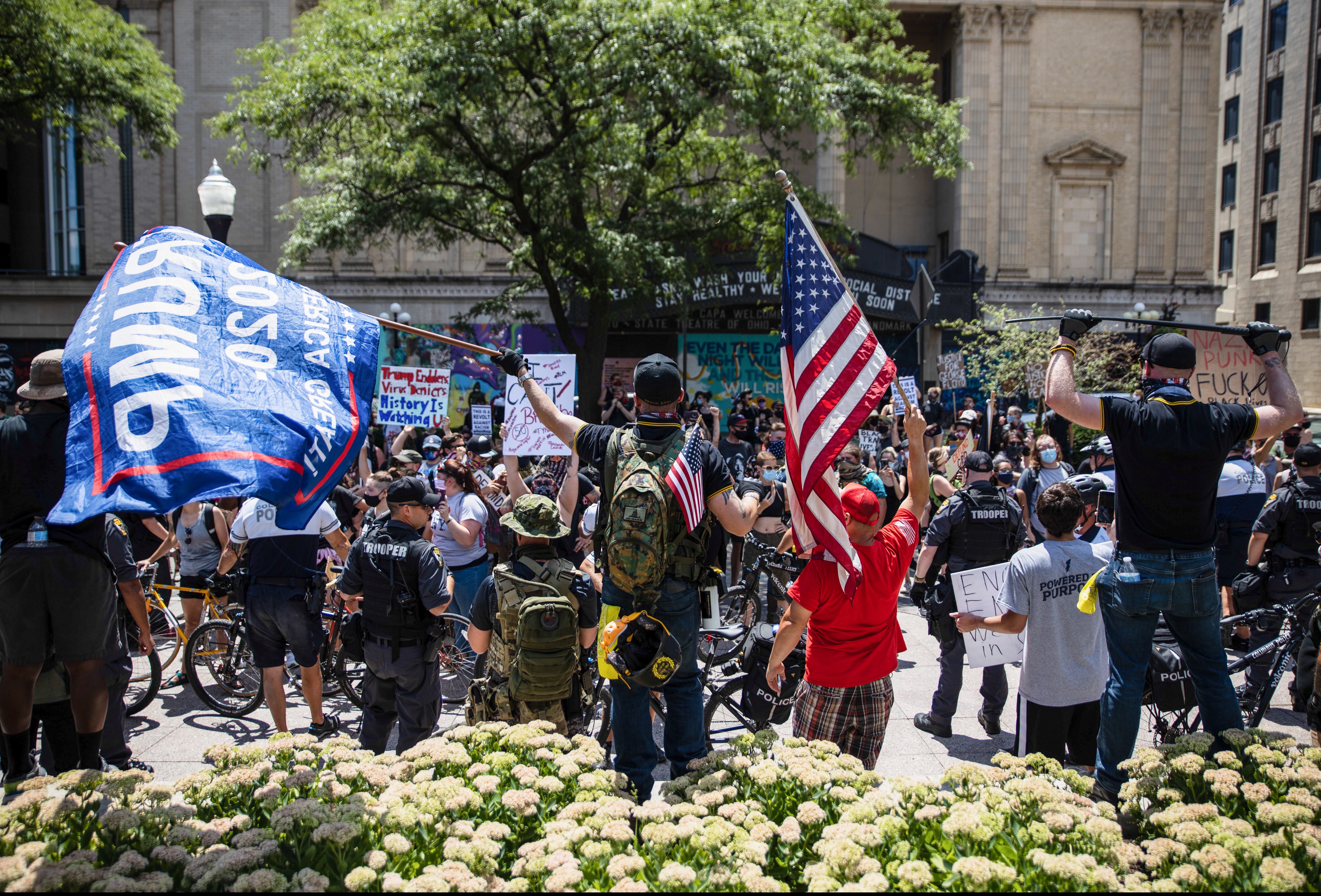 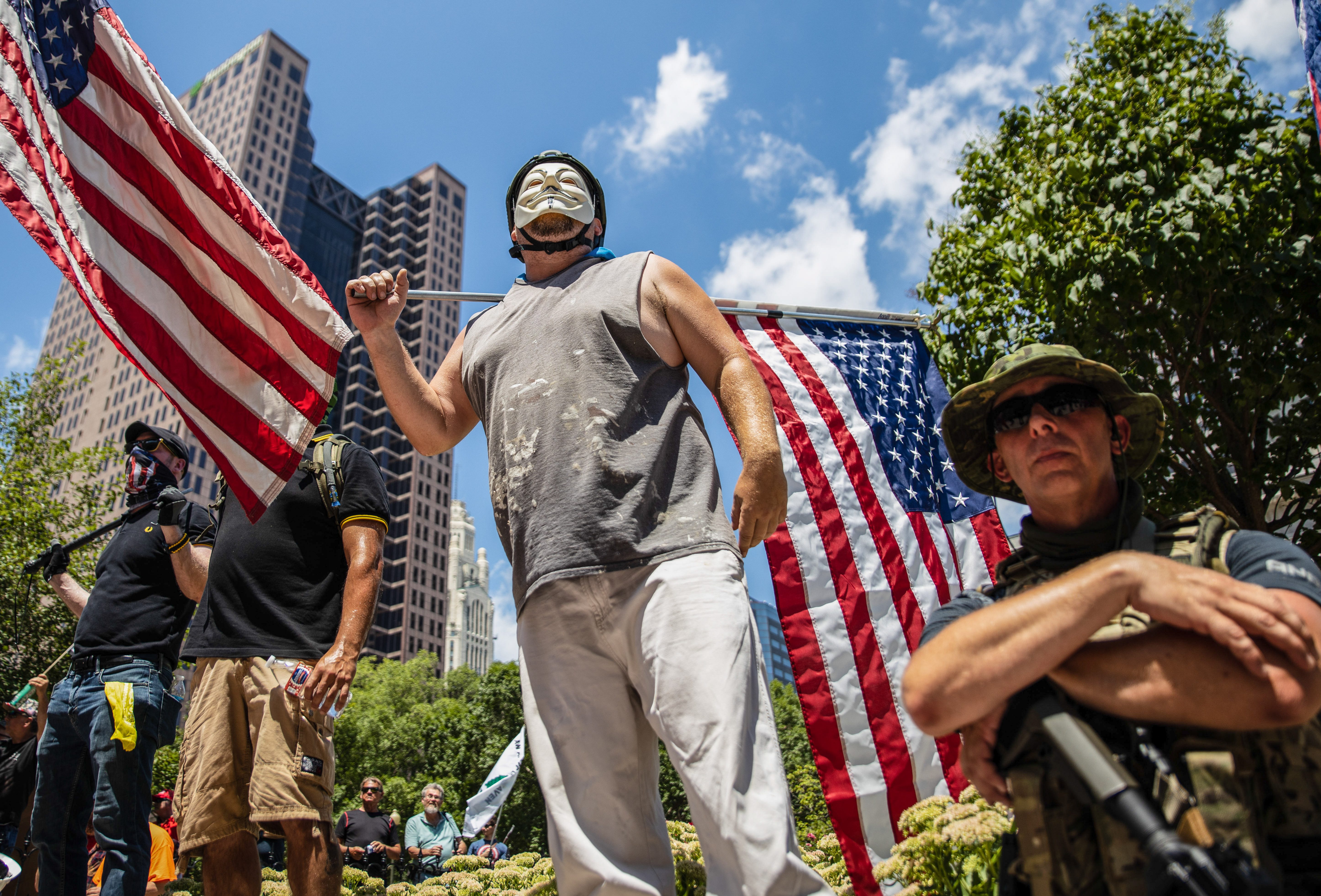 The CDC has urged everyone to wear a mask or face covering to curb virus spread.

"We are not defenseless against COVID-19,” CDC Director Dr. Robert Redfield said in a statement.

"Cloth face coverings are one of the most powerful weapons we have to slow and stop the spread of the virus – particularly when used universally within a community setting.

"All Americans have a responsibility to protect themselves, their families, and their communities," he added.

The CDC said if all Americans wore a mask, Redfield said that the pandemic get under control in a month or two, CNBC reported. 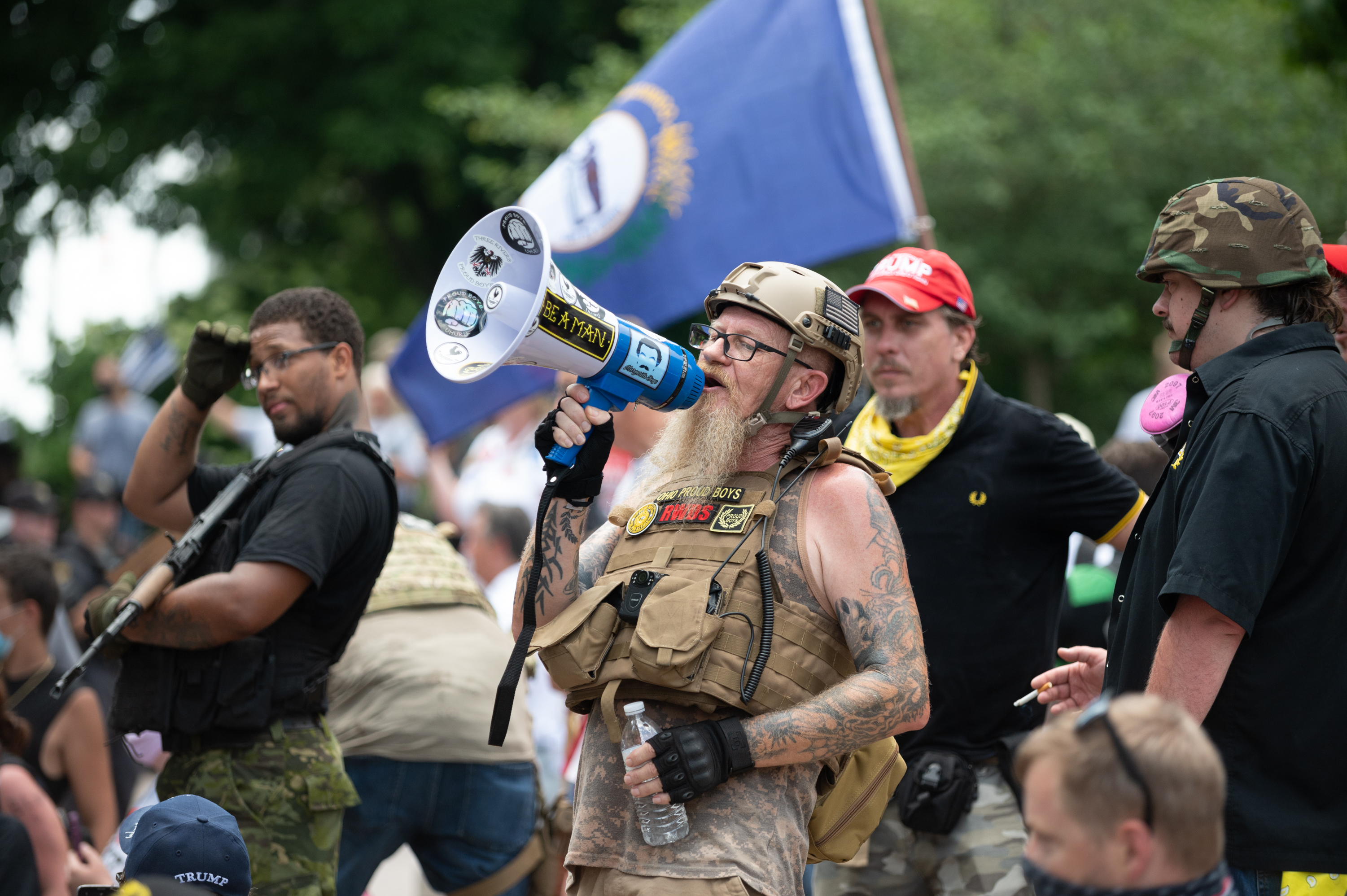 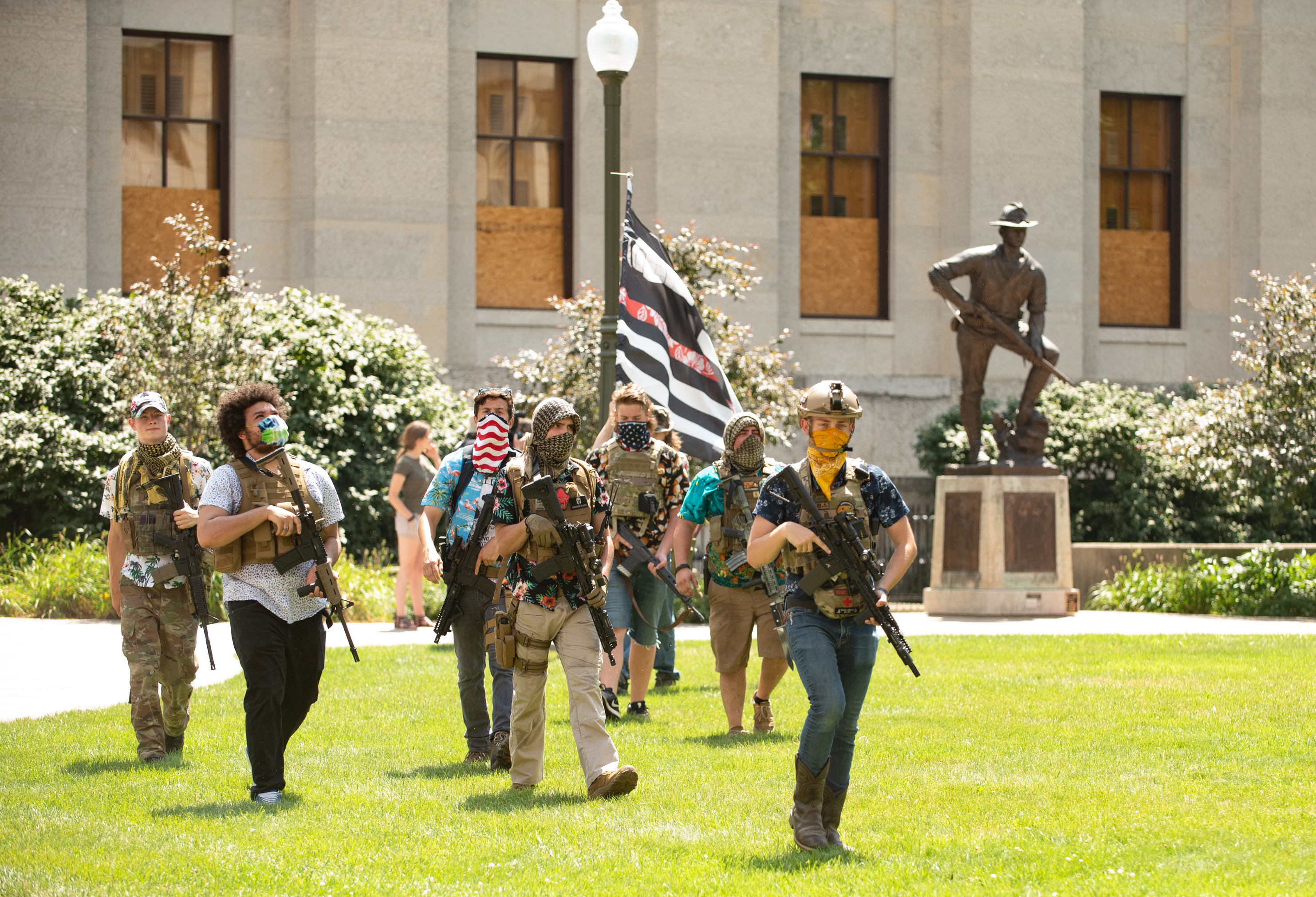 “I think if we could get everybody to wear a mask right now I think in four, six, eight weeks we could bring this epidemic under control," the CDC director said during an interview with Dr. Howard Bauchner of the Journal of the American Medical Association.

The demonstrations came as COVID-19 cases continue to climb across the US.
As of Sunday, more than 3.7million cases have been confirmed across America, with more than 140,000 deaths.